In the News #BigIsms | A short history of fake history: Why fighting for the truth is critical | Behind the Brick Walls: On “Hearth” and Slavery at the College of William and Mary

A more complete archive of the American South
Casey Gerald, September 14, 2022, The Atlantic 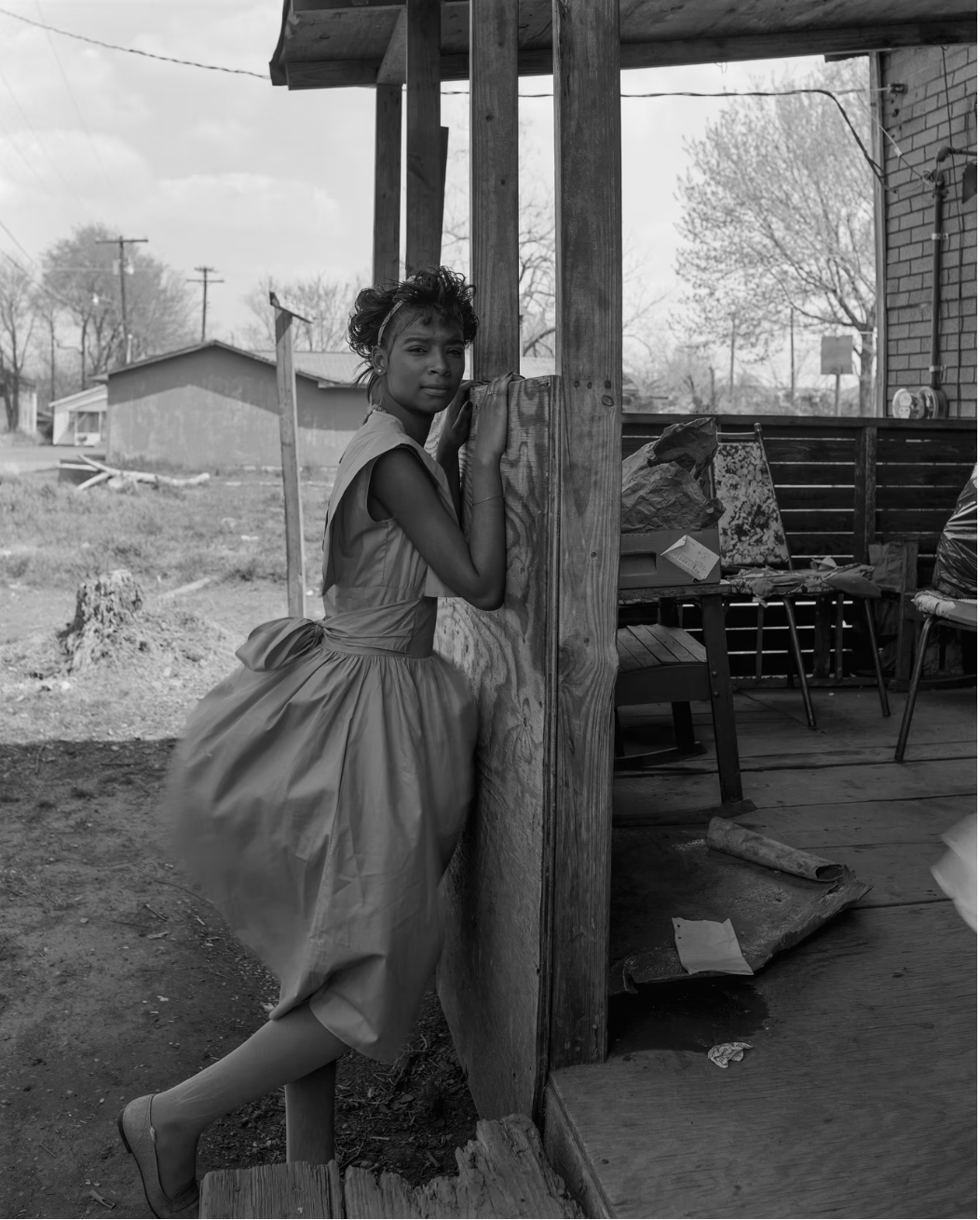 One of the first photographs I fell in love with was Robert Frank’s Fourth of July, Coney Island (1958). Night has fallen on Coney Island. The sky, which stretches across the top third of Frank’s photograph, looks to be painted solid black. In the foreground, far from the crowds in the distance, lies a beautiful young Black man, his back to debris left in the sand. He lies alone, asleep, curled up in a fetal position, prayer hands tucked between his knees. He’s barefoot, in long pants and long sleeves.

Something, I now realize, was missing from Frank’s photograph, though perhaps it could be said that something was faulty, confused, in me. I can no longer feel the same romance I felt for that boy lying alone on Coney Island. Or rather, what I thought was romance had in fact been heartbreak. I wanted so desperately, years ago, to have enough cash to purchase a print of Frank’s Coney Island photograph. Now I know that I wanted less the photograph and more the boy, that I imagined that my acquisition might somehow bring him in from the cold.


A short history of fake history: Why fighting for the truth is critical
Robert S. McElvaine, September 17, 2022, Salon 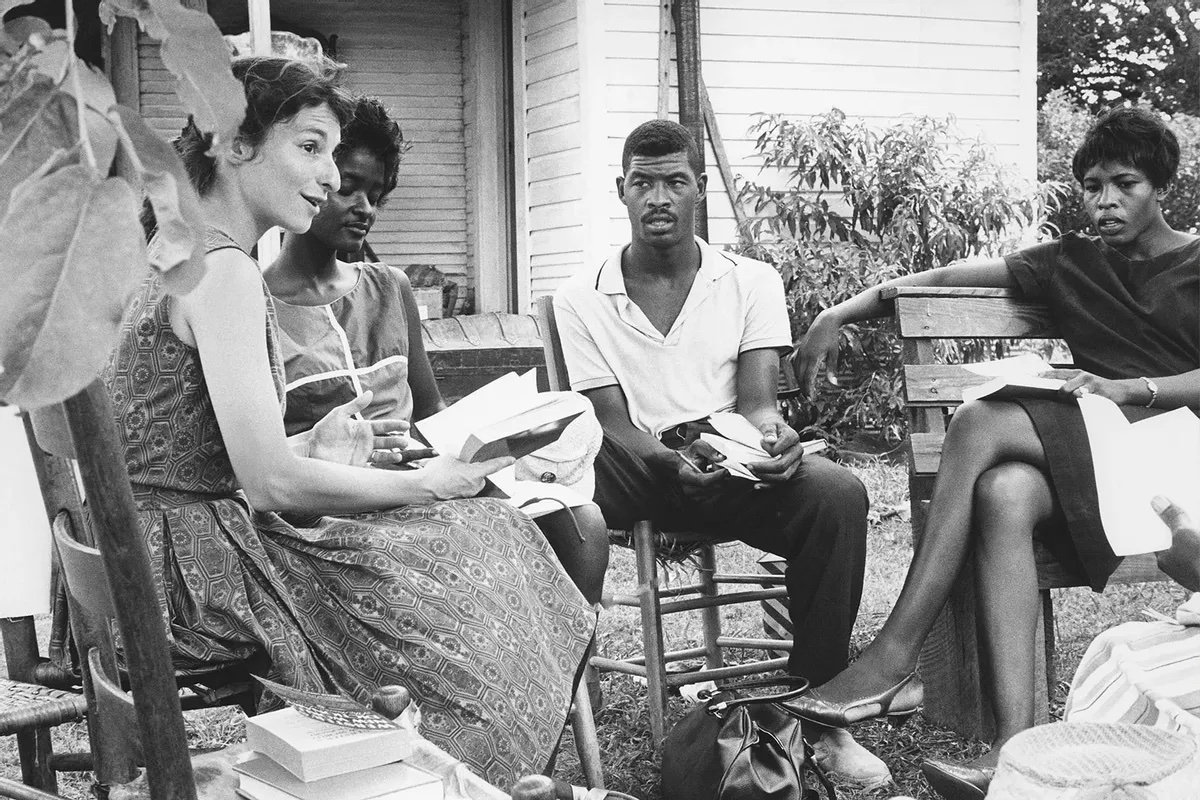 It is often said that history is a story told by the winners. It might be more accurate to say that those who tell their story as history and get others to believe it thereby make themselves the winners. That happened on a grand scale in the United States from the late 19th century into the 1960s. That fact is essential for us to understand as right-wing extremists again seek to dictate that a fraudulent version of the American past be taught in schools.

Within a few decades after the Civil War, it came to be the losers' stories of "a land of Cavaliers and cotton fields," moonlight and magnolias, kindly masters and happy slaves, a glorious "Lost Cause" and a horrible period of "Black Reconstruction" that were widely accepted as accurate history. In the late 19th and early 20th centuries, the nation was reunited on the basis of a tacit armistice in which the South accepted that the Union was indissoluble and white Americans outside the South accepted the Southern doctrine that people of African ancestry were innately inferior. That acceptance was facilitated by the popularity of the pseudoscience of social Darwinism and a fabricated story that Reconstruction had been a monstrous time of rule by ignorant black people, rather than the largely successful period of progressive and democratic reform that it actually was. 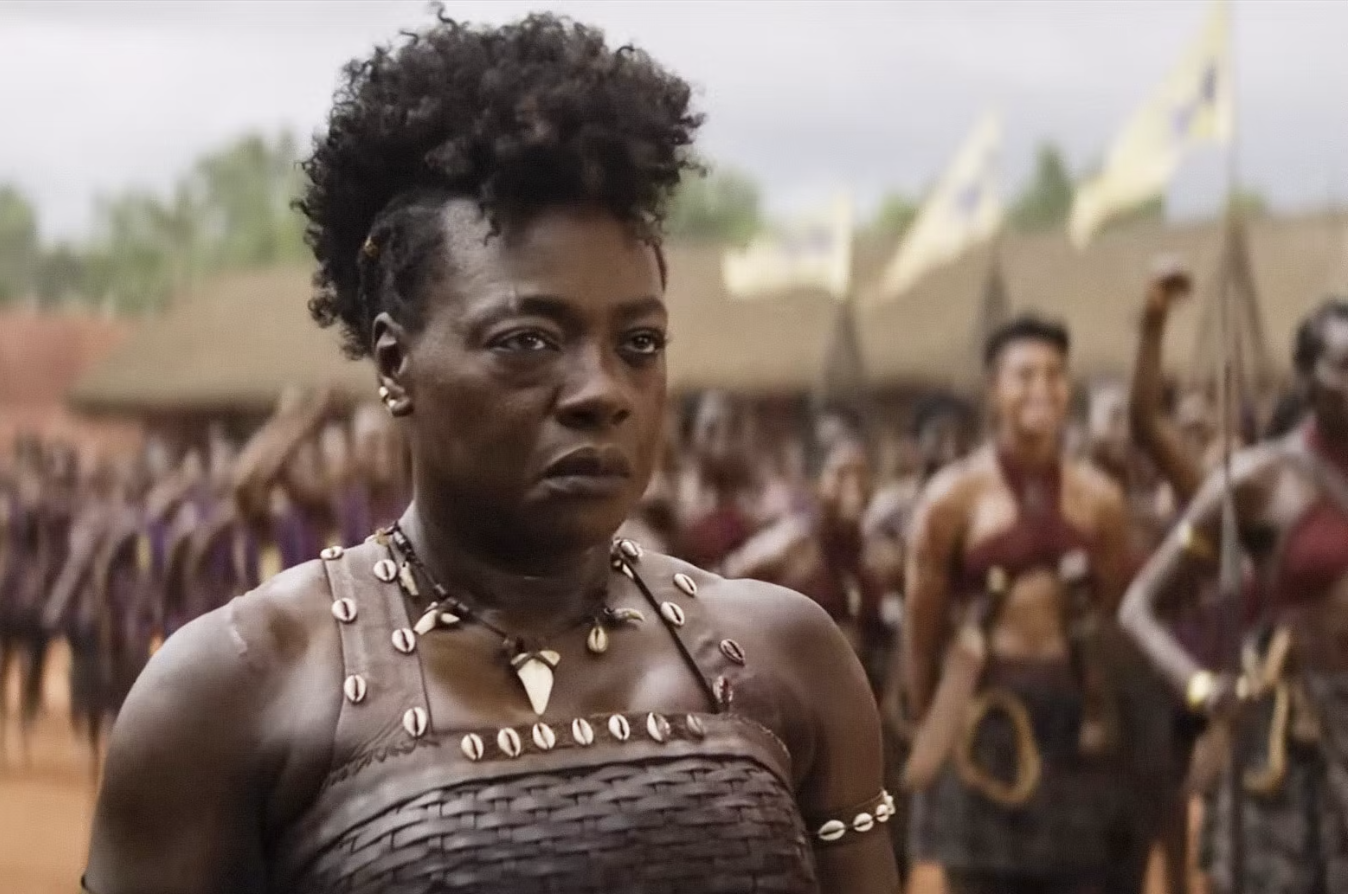 The Woman King, directed by Gina Prince-Bythewood and written by Maria Bello and Dana Stevens, portrays the ancient West African Kingdom of Dahomey (today’s Republic of Benin) and its legendary all-women regiment, the Agodjie. The film, which opens this weekend, is a vision of Black female power, starring Viola Davis, Sheila Atim, Thuso Mbedu, and Lashana Lynch; its promotional material blurbs a review from Variety that calls the movie “the Gladiator of our time.” But how does The Woman King handle another part of Dahomey’s history—the kingdom’s involvement in the slave trade? At a time when the participation of African rulers and middlemen in the Atlantic slave trade gets described by Americans who want to divert attention from their own responsibility for the history of slavery as “African complicity,” this film’s task is delicate, indeed.

It’s not the first time that Dahomey and its female military company have appeared in the big screen. In 1987, the movie Cobra Verde, by German filmmaker Werner Herzog, based on the novel The Viceroy of Ouidah (1980) by Bruce Chatwin, represented the powerful West African kingdom and briefly depicted its women warriors. The new movie is also set in Dahomey, in 1823. But the central character is not a white slave trader, as in Herzog’s film, but rather Nanisca, a West African woman. Played by Davis, this woman warrior is the head of the Agodjie. These fighters were mainly recruited among the many dozens of royal wives of the king of Dahomey. European traders and travelers who visited the region as early as the 18th century referred to them as the “Amazons,” evoking the female fighters of Greek myth. 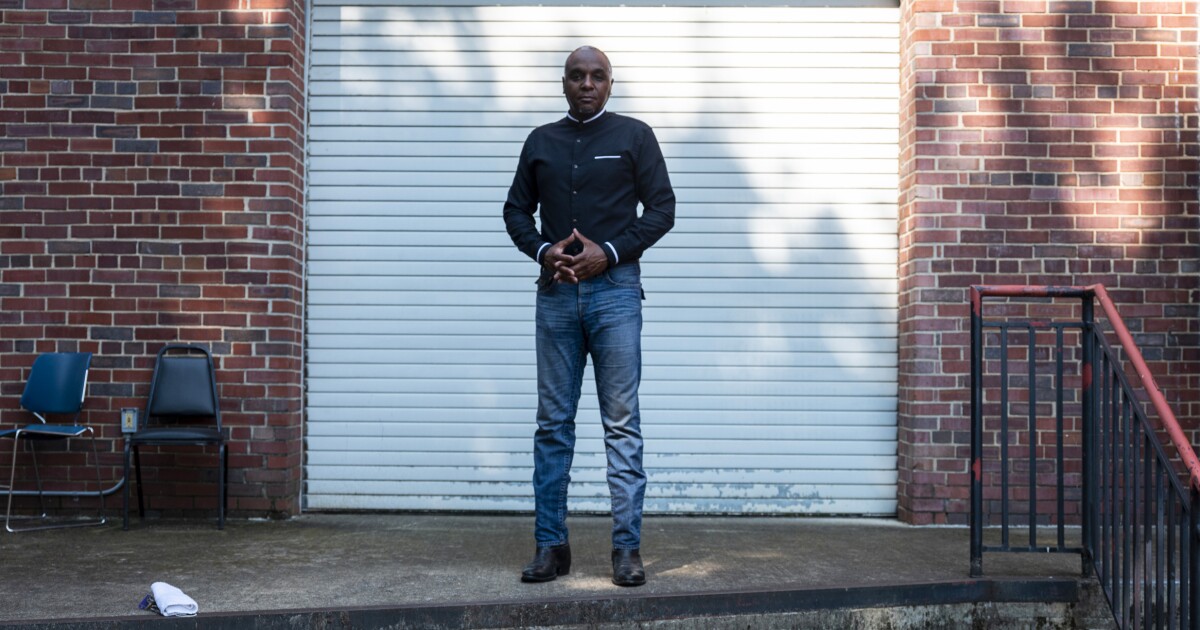 The student was crouched on a catwalk over a Tennessee State University theater when he received the signal over his walkie-talkie, minutes before midnight: The occupation was a go.

He scrambled down a ladder and unlocked the doors to the administration building’s loading dock, allowing hundreds of student protesters to pour in from the cold February air in 1990.

The operation was directed by jeff obafemi carr, then a senior and president of the university’s student government. Administrators at the historically Black university had failed to meet a deadline to respond to students’ demands for modern dorms, reliable hot water, and safe lighting.

The forgotten history of what California stole from Black families
Caitlin Yoshiko Kandil, 25 September 2022, The Guardian 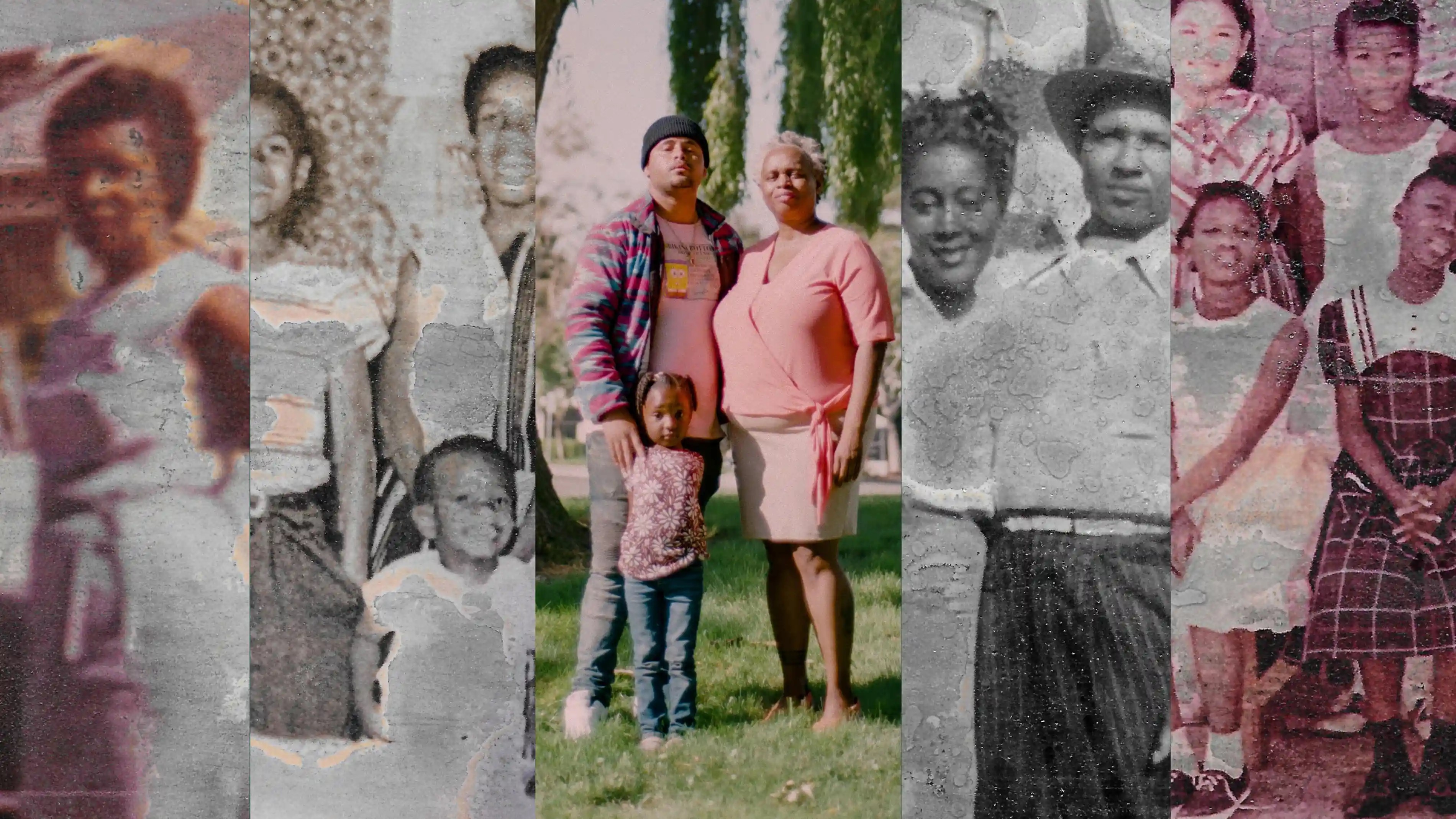 There’s a willow tree in Hayward, California, that Marian Johnson takes her mother to every year on her birthday. Johnson’s great-grandfather planted the tree decades ago, on his sprawling farm property in Russell City, an unincorporated part of Alameda county in the San Francisco Bay area that used to be predominantly Black and Latino.

Today, the tree is all that’s left of Johnson’s family’s land, which in the 1960s was seized, razed and turned into an industrial park. “It was a major loss for us,” said Johnson. “It was a lot of hurt and pain.”

Stories like Johnson’s – and countless other Black families who have been victims of racist and discriminatory policies – are rarely told as part of California’s history. But after a reparations taskforce undertook the unprecedented effort to consider redress for Black residents, stories like hers are finally being heard as a more complicated picture of California’s past comes to light.

It’s one that, despite California’s founding in 1850 as a free state, has been marked by “atrocities in nearly every sector” of society over the past 172 years, according to a recent taskforce report, including land confiscation and housing discrimination.

Behind the Brick Walls: On “Hearth” and Slavery at the College of William and Mary
Terry Meyers, September 12, 2022, The Flat Hat 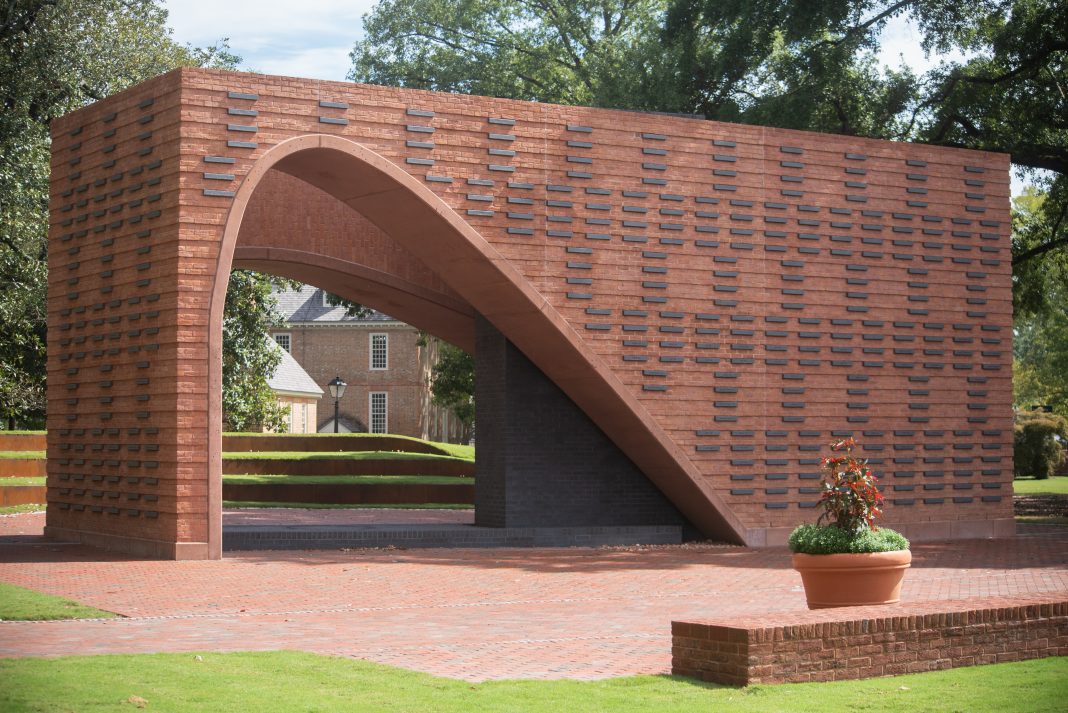 The College of William and Mary was the second university in the U.S. after Brown University to establish a funded, institutional examination of its dark history of complicity with slavery and Jim Crow segregation. After resolutions from the Student Assembly and Faculty Assembly, the Board of Visitors in 2009 established the Lemon Project: A Journey of Reconciliation, named after Lemon, a man enslaved by the College.

As defined on its website, the mission of The Lemon Project is broad. Besides performing a scholarly investigation of an ignored and suppressed history, it seeks to build bridges with the local Black community and make the College a safer, comfortable and productive place for students of color.

The Lemon Project determined that an important aspect of making a forgotten past visible was to establish a memorial to those the College enslaved over for 172 years from 1693 to 1865. That memorial was to include the names of the enslaved and be located where they worked in bondage on the historic campus.