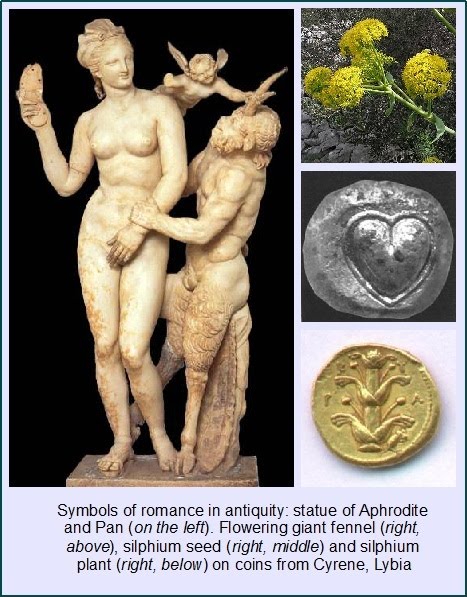 If we want to see more diversity in Classics, we have to work harder as public historians to change the narrative — by talking to filmmakers, writing mainstream articles, annotating our academic writing and making it open access, and doing more outreach that emphasizes the vast palette of skin tones in the ancient Mediterranean. - Dr. Sarah E. Bond

We were suckered by the Hollywood-ized Version. - Blog Editor

As classicist Christopher B. Krebs wrote in A Most Dangerous Book, his work on the Third Reich’s manipulation of the classical author Tacitus, “Throughout the 19th century, scientists would scour far and wide mismeasuring human anatomy. The more data that was compiled, the less significant the result became. Where science failed, prejudice stepped in and observation yielded to opinion.”

This prejudice was seen particularly in the diagramming of beauty within anatomical textbooks of the 19th and early 20th centuries.

Too often today, we fail to acknowledge and confront the incredible amount of racism that has shaped the ideas of scholars we cite in the field of ancient history. For example, I recently, came across Tenney Frank’s disturbing article “Race Mixture in the Roman Empire” while looking through an edited volume.  First published in The American Historical Review in July 1916, the article sees Frank attempting to count extant inscriptions (mostly epitaphs) in order to gauge whether “race mixing” contributed to the decline of the Roman Empire.  It was then reprinted without comment in Greek historian Donald Kagan’s 1962 collection of articles on the fall of Rome.

I am not suggesting that Kagan is a racist (far from it), but, at the least, he should have contextualized Frank’s essay in his introduction to the volume and highlighted it as an example of the virulent racism built into the foundation of the Classics field.  As Denise Eileen McCoskey points out in her excellent book Race: Antiquity and Its Legacy, Frank’s argument is not only untrue, it is dangerous.  It provides further ammunition for white supremacists today, including groups like Identity Europa, who use classical statuary as a symbol of white male superiority. It also continues to buttress the false construction of Western civilization as white by politicians like Steve King.

Winckelmann was a Eurocentrist who depreciated people of other nationalities, like the Chinese or the Kalmyk.

The Apollo Belvedere, now at the Vatican Museums, was viewed in the 18th century as the model of beauty. Artists became fascinated with the statue after its discovery in the late 15th century, including Albrecht Dürer. (photo by Marie-Lan Nguyen/Wikimedia)

“Color in sculpture came to mean barbarism, for they assumed that the lofty ancient Greeks were too sophisticated to color their art,” Painter writes. The ties between barbarism and color, civility and whiteness would endure.  Not to mention Winckelmann’s pronounced preference for sculptures of gleaming white men over women.  Regardless of his own sexual identity — which may have been expressed in this preference — Winckelmann’s gender bias would go on to have an impact on white male supremacists who saw themselves as upholding an ideal.

Winckelmann wasn’t the only man obsessed with the Apollo Belvedere. The Dutch anatomist Pieter Camper believed that he could find the formula for perfect beauty through facial angles and used the statue as a standard to be attained. He began to measure human and animal facial features, particularly the lines running from the nose to the ear and the forehead to the jawbone. Those ratios were later used by others to create the racist “cephalic index,” which categorized humans based on the width and length of their facial features. The Nazis drew on the index to support notions of Aryan superiority in Germany during the Third Reich.

This is truly extraordinary! https://t.co/TqAMCbZso5