IN THE NEWS #BIGISMS #JUNETEENTH #CRT 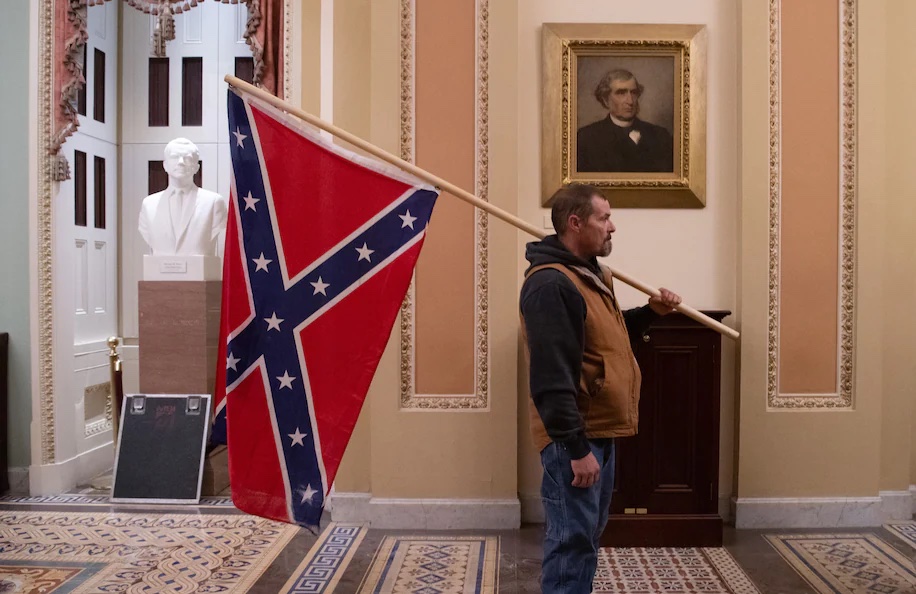 In an interview ahead of the House Jan. 6 Select Committee hearings, Rep. Jamie Raskin (D-Md.), stressed the “extraordinary and unprecedented” nature of the 2021 assault on the U.S. Capitol. “You really have to go back to the Civil War to understand anything like it, but of course, there, you know, the Confederates never denied that Abraham Lincoln had actually won the election. They just wanted to secede from the Union.” Raskin is partially right — Southern secessionists emphasized the sway Lincoln’s antislavery Republican Party had over the Northern electorate as proof that the North was irredeemably radical and that disunion was a necessity.

But the story of Southern secession provides illuminating evidence that the Jan. 6 insurgency was, indeed, precedented, rooted in long-standing efforts to preempt, delegitimize and suppress Black voting.

Aware that roughly 90 percent of Black voters supported Joe Biden in 2020, former president Donald Trump tried, through his “Stop the Steal” movement, to invalidate and suppress votes in African American population centers; he maintained, in effect, that “Black people ha[d] no right to vote him out of office,” as Eugene Robinson succinctly put it. More than 150 years ago, Southern secessionists laid the groundwork for such arguments by maintaining that Blacks had no right to vote Lincoln into office. 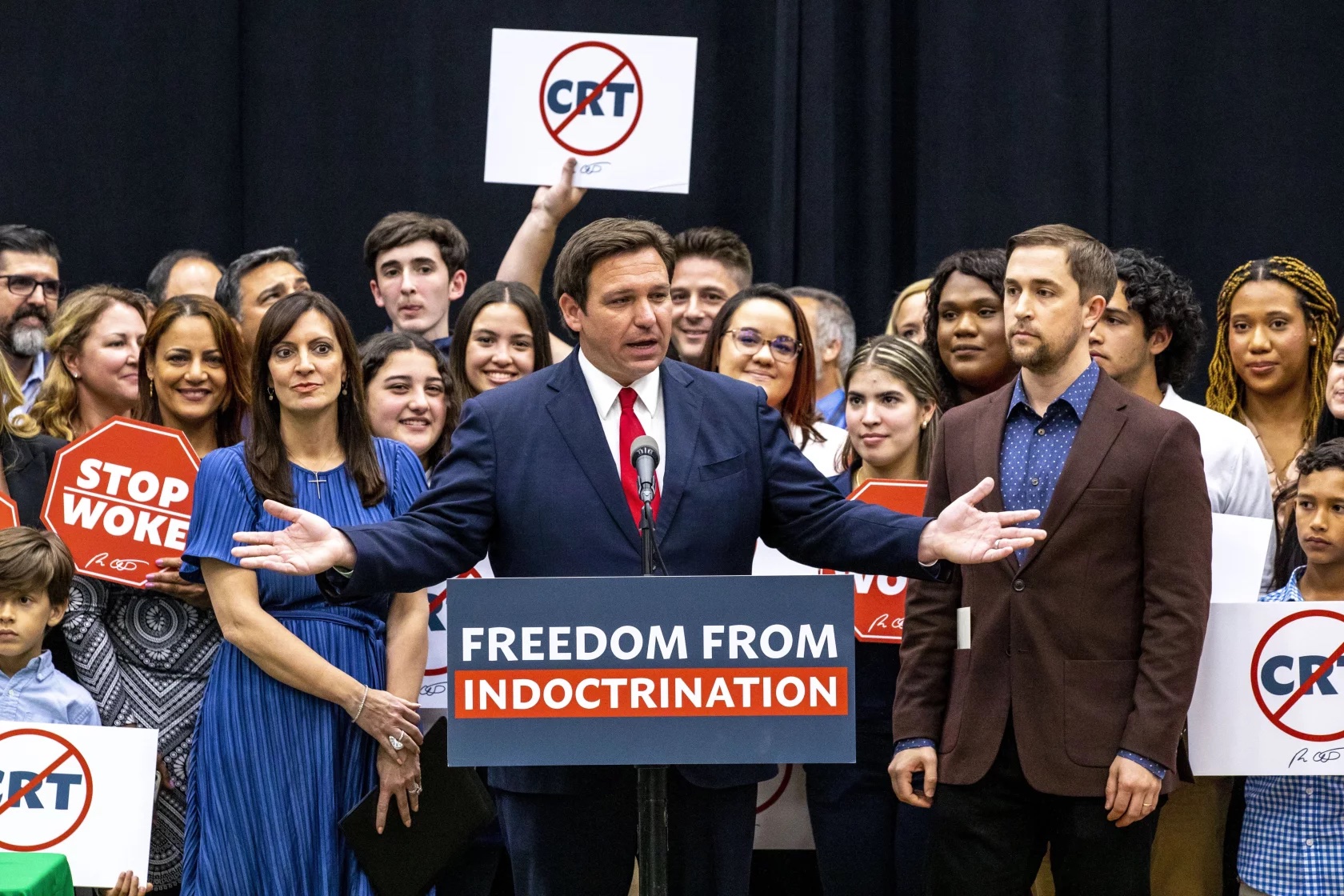 Bills introduced in state legislatures across the country have increasingly taken aim at higher education and the discussion of race, racism, and gender in college classrooms and programs.

That’s according to new data from PEN America, an advocacy group for free expression, which began tracking all such bills, including those aimed at K-12, in January 2021. So far, 70 bills — which PEN America calls “educational gag orders” — have been introduced in 28 states, with 56 more coming in 2022. The upswing signals an increased effort by lawmakers in those states to limit the discussion of certain topics on campuses, according to the group.

Over all, 42 percent of these legislative proposals have targeted higher ed in 2022, up from 26 percent last year. Most of them have been introduced by Republicans who are concerned about what they consider to be liberal indoctrination on campuses. 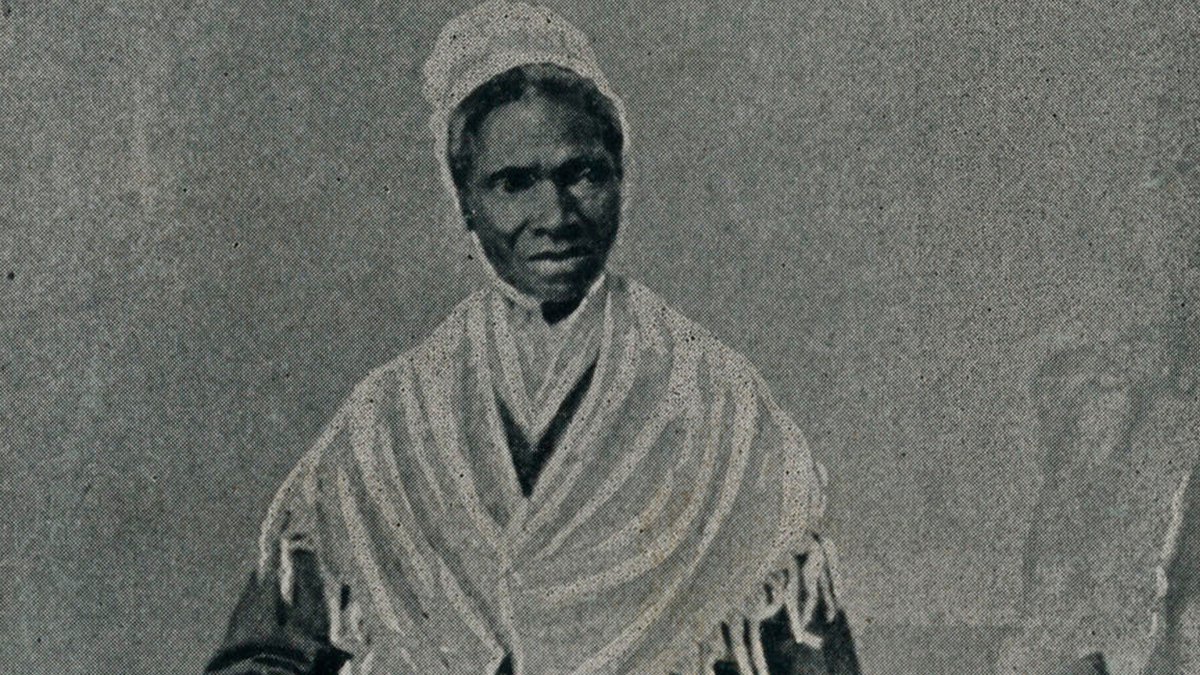 (AP) - In 1828, years before she took the name Sojourner Truth, a Black woman who had escaped slavery with her infant daughter won a court fight in New York’s Hudson Valley to bring her son, Peter, home from Alabama.

It was a historic case of a Black woman seeking the release of her son from slavery prevailing in court against a white man. Isabella Van Wagenen, as she was known then, would gain enduring fame as an outspoken abolitionist and women’s rights advocate. As for her deposition and the rest of the court documents, they were boxed up and eventually stored among a million other records, unseen and unrecognized for their significance.

An eagle-eyed state archivist searching for something else spotted the court records in January. Now, they will briefly be on public display Wednesday at the Ulster County Courthouse in Kingston, New York, the same building she walked into almost two centuries ago seeking justice. The eight hand-written pages offer new details about a significant turning point in her eventful life.

On June 19, 1865, Union Army Maj. Gen. Gordon Granger stepped onto a balcony in Galveston, Tex. — two months after the Civil War had ended — and announced that more than 250,000 enslaved people in Texas were free. President Abraham Lincoln had freed them two and a half years earlier in his Emancipation Proclamation, but since Texas never fell to Union troops in battle, they’d remained in bondage.

The newly emancipated responded with cries of joy and prayers of gratitude — a celebration that became known as Juneteenth. Black Texans marked the day each year with parades and picnics, music and fine clothes. The gatherings grew through the aborted promise of Reconstruction, through racial terror and Jim Crow, and through the Great Depression, with a major revival in the 1980s and 1990s.

During the summer of 2020, amid the racial-justice protests following the murder of George Floyd, millions of White Americans became aware of Juneteenth for the first time. Some companies announced they would give employees the day off on Juneteenth, and momentum grew to make it a national holiday. Last summer, the U.S. did just that, as President Biden signed a bipartisan bill into law on June 17. 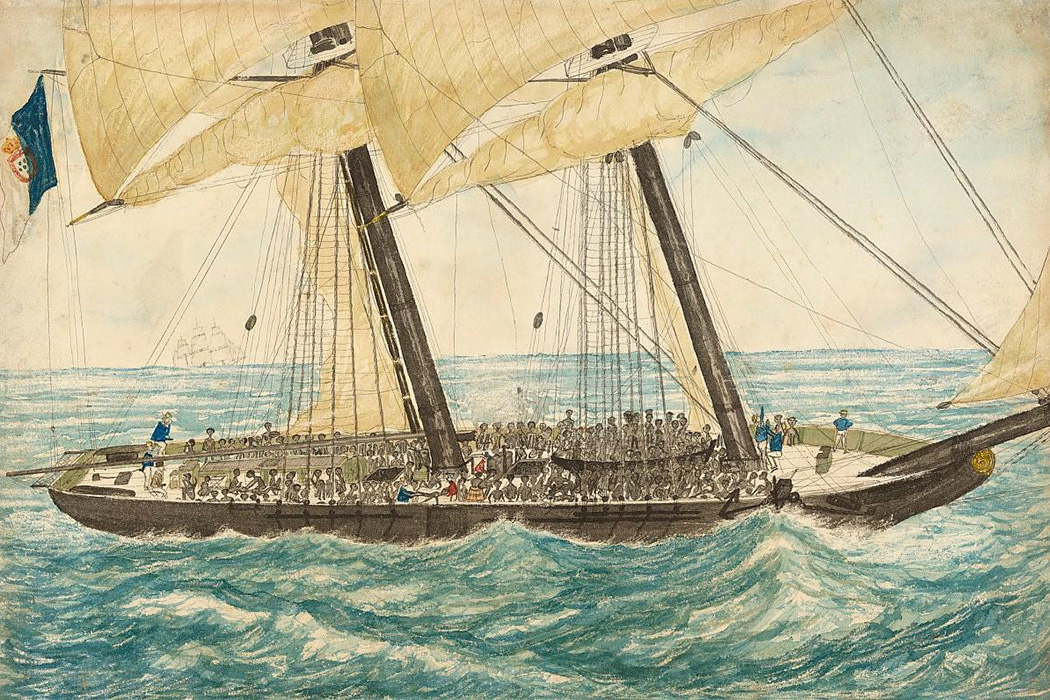 In the eighteenth century, doctors recognized melancholy as a disease endemic to groups forcibly displaced from their homes, particularly enslaved Africans.

Between the mid-fifteenth and early nineteenth centuries, more than 10 million Africans were forcibly shipped across the Atlantic. The suffering they endured is hard to imagine, and few of them left written records of what happened to them. But, as English language scholar Ramesh Mallipeddi writes, their enslavers did record the physical and emotional traumas, sometimes in the context of trying to figure out how to keep the humans they were trafficking alive long enough that they could be sold in the New World. The descriptions—some of which are reproduced below—were horrific.

Mallipeddi shares that many of these enslavers attributed physical suffering of their captives, including scurvy and diarrhea, to an essentially mental condition sometimes known as “fixed melancholy.” As Captain John Ashley Hall, who sailed the slave ship Neptune in the 1770s, put it, the ailment was the result of being “taken forcibly from their nearest and dearest connections, and their native country.”