Sugar was a prestige item, signaling wealth and refinement.

Ethical US consumers struggled to pressure the sugar industry to abandon slavery with less success than their British counterparts
Calvin Schermerhorn, January 12, 2022, The Conversation


Twenty-two-year-old Sam Watts saw the Virginia coastline vanish while he was aboard a domestic slave ship in the fall of 1831. Andrew Jackson was president, and slave traders had bought Watts for US$450 (about $14,500 in 2022 dollars). They were ripping him from multiple generations of his loved ones for a voyage of no return.

After the ship docked at New Orleans three weeks later, Edmond J. Forstall, a banker and entrepreneur, purchased Watts for $950. His new owner put Watts to work making barrels in the new Louisiana Sugar Refinery – the world’s largest operation of its kind at the time.

Watts labored under an overseer’s lash, but he may have felt less unfortunate than Louisiana’s 36,000 enslaved people forced to work on plantations producing the sugar that went into his barrels. Growing, cutting and processing domestic sugar cane took an even deadlier toll than producing cotton or tobacco.

Watts’ unpaid work fed a supply chain with tragic human costs. Most Americans today would surely like to think that consumers who knew their sugar was grown and processed by enslaved people living in the United States would refuse to buy it. But the historical record points to a greater opposing force: the rise of American capitalism, which before the Civil War was fueled by unpaid labor.


More than 1,700 congressmen once enslaved Black people. This is who they were, and how they shaped the nation.
Julie Zauzmer Weil, Adrian Blanco and Leo Dominguez, January 10, 2022, The Washington Post From the founding of the United States until long after the Civil War, hundreds of the elected leaders writing the nation’s laws were current or former slaveowners.

More than 1,700 people who served in the U.S. Congress in the 18th, 19th and even 20th centuries owned human beings at some point in their lives, according to a Washington Post investigation of censuses and other historical records.

The country is still grappling with the legacy of their embrace of slavery. The link between race and political power in early America echoes in complicated ways, from the racial inequities that persist to this day to the polarizing fights over voting rights and the way history is taught in schools.


Invoking Dr. Martin Luther King Jr. in mid-December, Florida Gov. Ron DeSantis announced new legislation that allows parents to sue schools for teaching critical race theory. “You think about what MLK stood for. He said he didn’t want people judged on the color of their skin, but on the content of their character,” said DeSantis, a political ringleader in the latest chapter of the United States’ culture war. In using a quote from Dr. King to justify an attack on curricula that uplifts racial justice, the Republican governor inadvertently created a strong case for why critical thinking on the history of race and racism in the U.S. is necessary.

History professor Robin D. G. Kelley is all too familiar with the sort of contradictory statements like those DeSantis spouted. Kelley, who is the Gary B. Nash Endowed Chair in U.S. History at the University of California, Los Angeles, explains that he “came into the profession at the height of a battleground over history, in the 1980s, with the war on political correctness.” And although he’s lived through decades of conservative-led attacks, like those by DeSantis, he describes the 2020s as “dangerous times.”

‘If not us, then who?’: inside the landmark push for reparations for Black Californians
Vivian Ho, 9 January 2022, The Guardian


Dawn Basciano’s ancestors arrived five generations ago in Coloma, California, as enslaved people, forced to leave behind an infant son enslaved to another family in Missouri.

Those ancestors, Nancy and Peter Gooch, were freed in 1850 when California joined the union as a free state, and 20 years later, their son and his family were able to join them in the fertile agricultural land north-east of Sacramento. Their journey west was funded by the sweat and hard work of Nancy, who grew and sold fruit, mended clothes and cooked for the local miners.

Nancy and her descendants would go on to purchase more than 400 lush acres of farmland in Coloma. But what should have been a story of triumph ended instead as a tale all too familiar to formerly enslaved Black Americans across the US. The state of California seized the majority of that land under the guise of eminent domain to build a state park, and the family never received just compensation.


When he published Black Reconstruction in 1935, W.E.B. Du Bois challenged Americans to see the years following the Civil War as a counterpoint to the Jim Crow era in the 20th century. During Reconstruction, the nation took steps to ensure that Black Americans, many of them formerly enslaved, could exercise rights once available to White Americans only. As Black men voted and Black Americans remade Southern society, opposition surged. Reconstruction was a brief experiment, lasting less than 15 years. Still, Du Bois explained how formerly enslaved people were pivotal actors during that first attempt to build an interracial democracy. Suppression of those efforts, he argued, foretold the lynchings, disenfranchisement and segregation that troubled the Jim Crow South.

“Black Reconstruction,” published against a backdrop of violence and segregation, met with a vitriolic reception. White writers leveled sharp-tongued critiques. Black journalists assessed the work favorably but with reservations. Despite the early criticism, over time Black Reconstruction came to be recognized as a towering analysis of American culture and an important work of history. Nonetheless, the book’s contribution to the understanding of American racism is, nearly 90 years after its publication, still subject to stale objections that echo those heard when it first hit bookstore shelves. 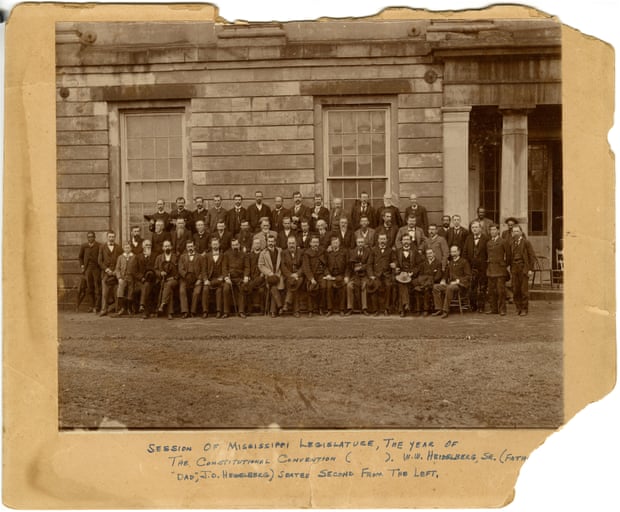 
The Mississippi officials met in the heat of summer with a singular goal in mind: stopping Black people from voting.

“We came here to exclude the Negro,” said the convention’s president. “Nothing short of this will answer.”

This conclave took place in 1890. But remarkably, approximately 130 years later, the laws they came up with are still blocking nearly 16% of Mississippi’s Black voting-age population from casting a ballot.

The US stands alone as one of the few advanced countries that allow people convicted of felonies to be blocked from voting after they leave prison. The policy in Mississippi underscores how these laws, rooted in the explicit racism of the Jim Crow south, continue to have discriminatory consequences today.

One of those affected is Roy Harness, a 67-year-old social worker, who may never be able to vote because of a crime committed decades ago. 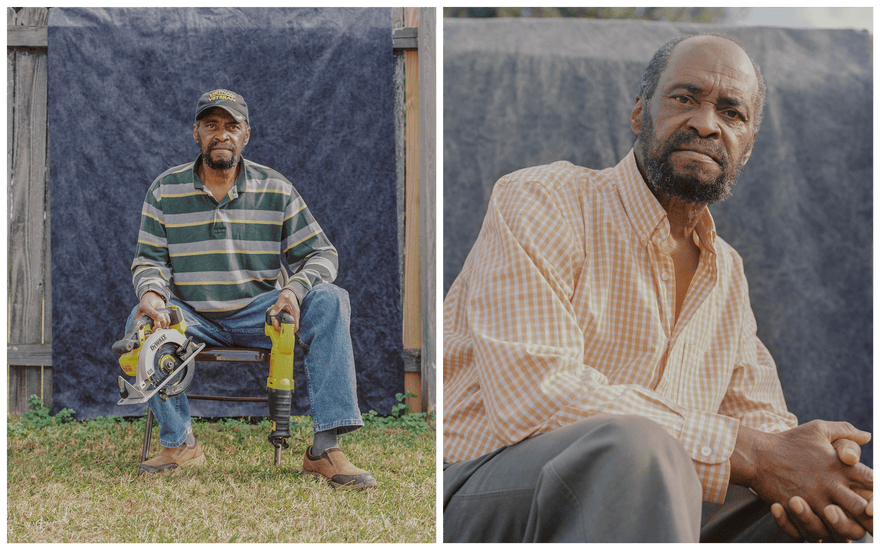