In The News #BigIsms #Slavers #LostCause


Sidney Poitier, Who Paved the Way for Black Actors in Film, Dies at 94
William Grimes, January 7, 2022, The New York Times 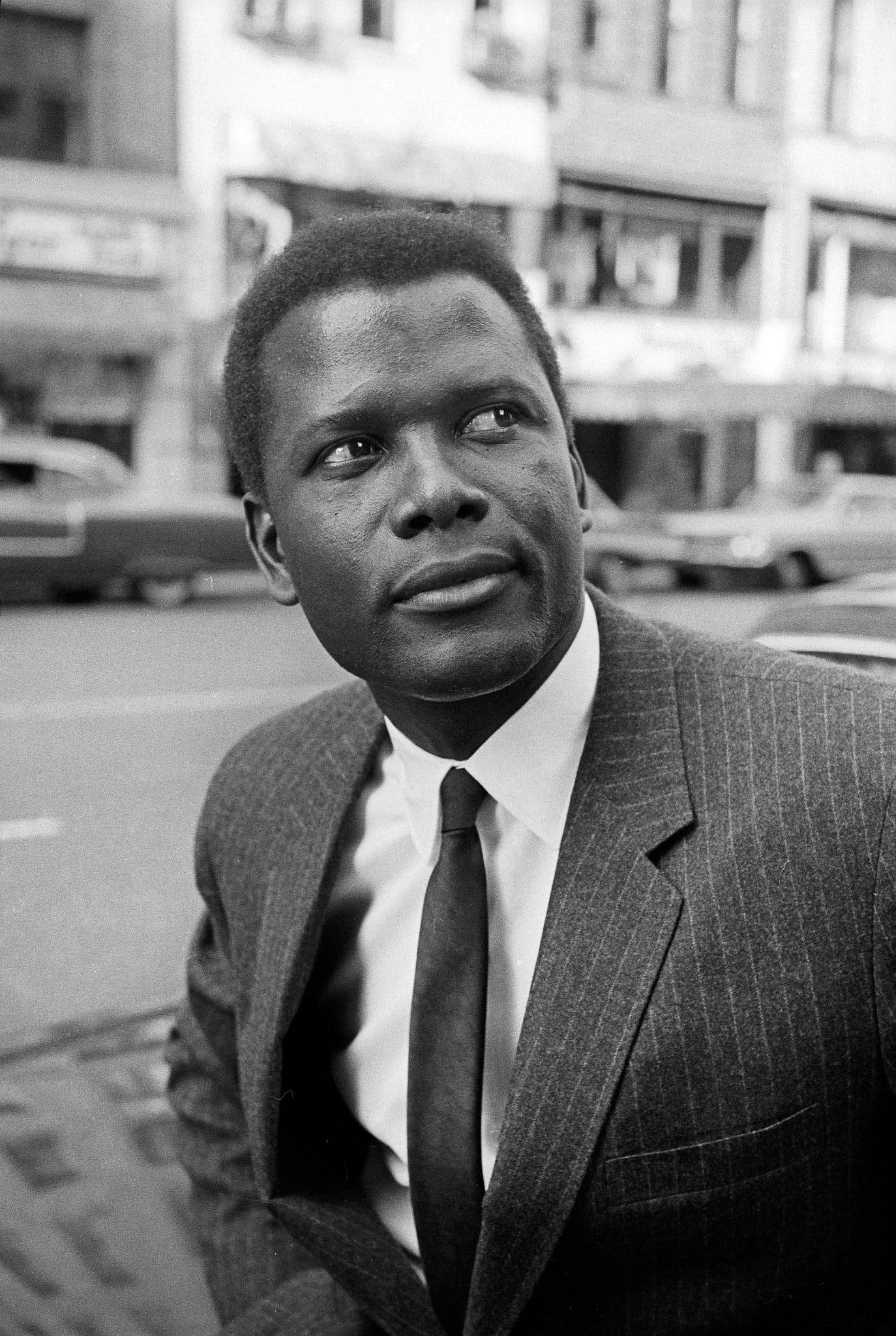 Sidney Poitier, whose portrayal of resolute heroes in films like “To Sir With Love,” “In the Heat of the Night” and “Guess Who’s Coming to Dinner” established him as Hollywood’s first Black matinee idol and helped open the door for Black actors in the film industry, died on Thursday night at his home in Los Angeles. He was 94.

His death was confirmed by Eugene Torchon-Newry, acting director general of the Ministry of Foreign Affairs in the Bahamas, where Mr. Poitier grew up. No cause was given.

Mr. Poitier, whose Academy Award for the 1963 film “Lilies of the Field” made him the first Black performer to win in the best-actor category, rose to prominence when the civil rights movement was beginning to make headway in the United States. His roles tended to reflect the peaceful integrationist goals of the struggle.

Trump has birthed a dangerous new ‘Lost Cause’ myth. We must fight it
David Blight, 8 January 2022, The Guardian 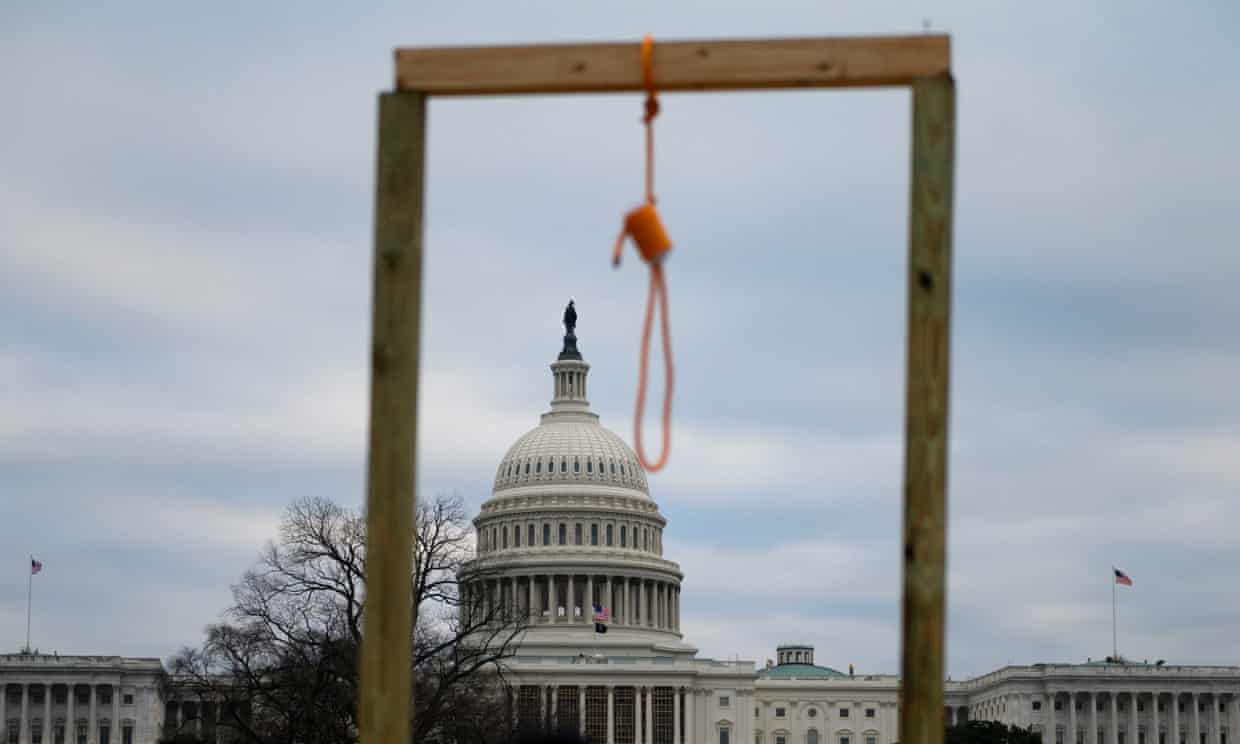 American democracy is in peril and nearly everyone paying attention is trying to find the best way to say so. Should we in the intellectual classes position our warnings in satire, in jeremiads, in social scientific data, in historical analogy, in philosophical wisdom we glean from so many who have instructed us about the violence and authoritarianism of the 20th century? Or should we just scream after our holiday naps?

Some of us pick up our pens and do what we can. We quote wise scribes such as George Orwell on how there may be a latent fascist waiting to emerge in all humans, or Hannah Arendt on how democracies are inherently unstable and susceptible to ruin by aggressive, skilled demagogues. We turn to Alexis de Tocqueville for his stunning insights into American individualism while we love to believe his claims that democracy would create greater equality. And oh! how we love Walt Whitman’s fabulously open, infinite democratic spirit. We inhale Whitman’s verses and are captured by the hypnotic power of democracy. “O Democracy, for you, for you I am trilling these songs,” wrote our most exuberant democrat.

Read enough of the right Whitman and you can believe again that American democracy may yet be “the continent indissoluble … with the life-long love of comrades”. But just now we cannot rely on the genius alone of our wise forbears. We have to face our own mess, engage the fight before us, and prepare for the worst.


More than 1,700 congressmen once enslaved Black people. This is who they were, and how they shaped the nation.
Julie Zauzmer Weil, Adrian Blanco and Leo Dominguez, January 10, 2022, The Washington Post 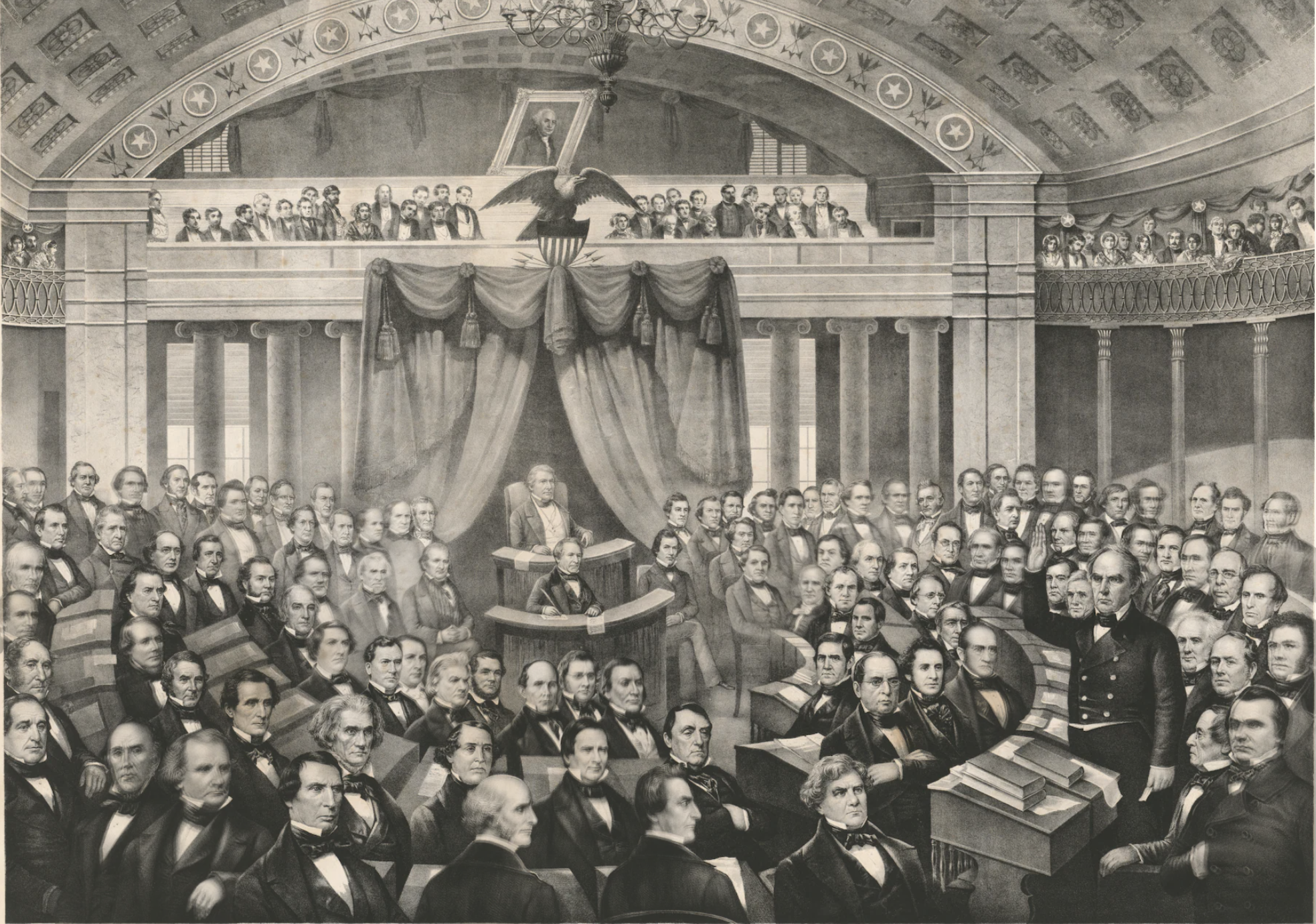 From the founding of the United States until long after the Civil War, hundreds of the elected leaders writing the nation’s laws were current or former slaveowners.

More than 1,700 people who served in the U.S. Congress in the 18th, 19th and even 20th centuries owned human beings at some point in their lives, according to a Washington Post investigation of censuses and other historical records.

The country is still grappling with the legacy of their embrace of slavery. The link between race and political power in early America echoes in complicated ways, from the racial inequities that persist to this day to the polarizing fights over voting rights and the way history is taught in schools.


The Paradox of the American Revolution
Sean Wilentz, January 13, The New York Review 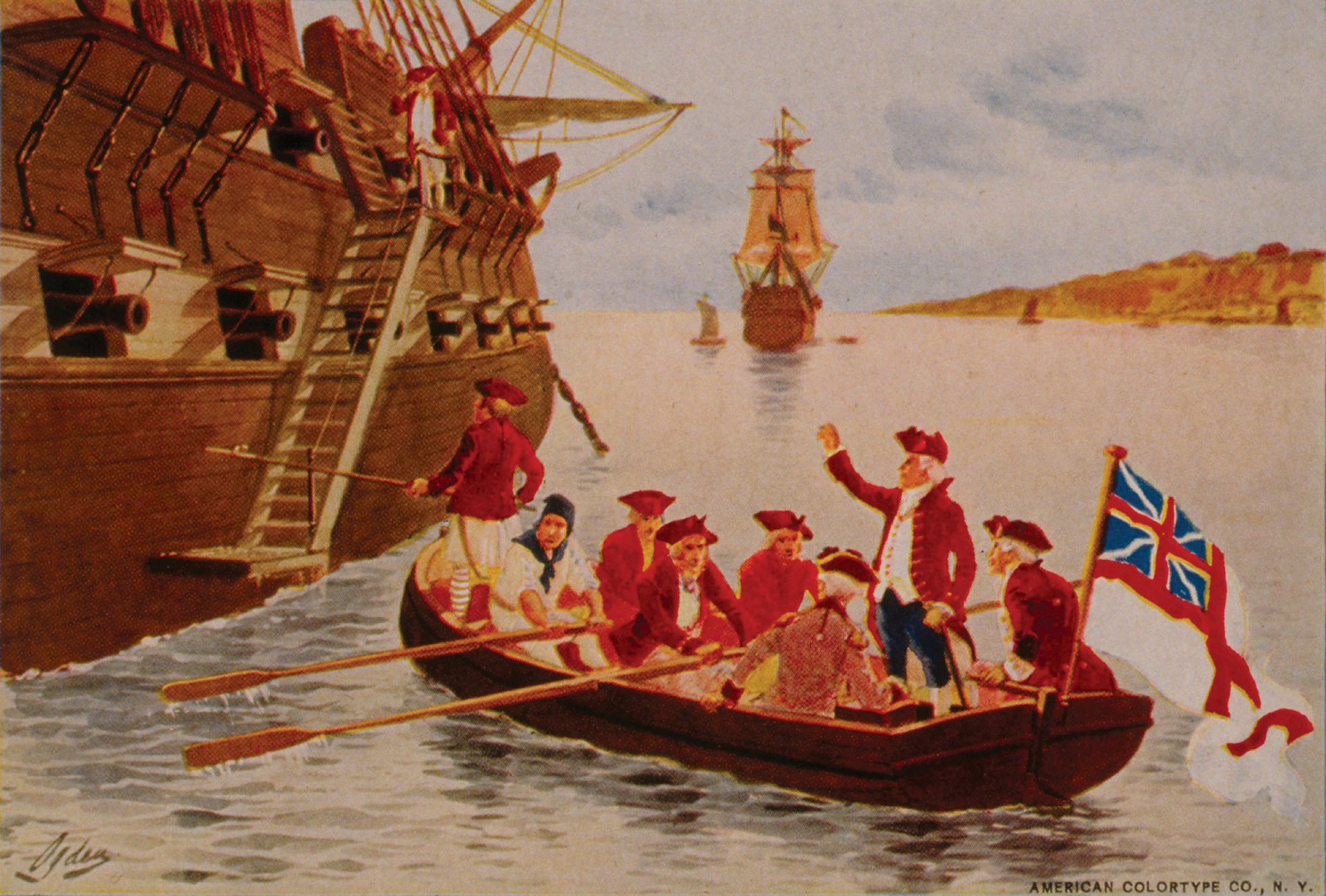 The battles over American history provoked during the latest national reckoning on race have focused heavily on the Revolution and the Civil War. As David A. Bell recently observed in these pages, descriptions of America’s egalitarian founding principles as covers for white supremacy—“formulated to promote exclusion and oppression”—have gained a sudden currency.

By these lights, the Revolution was in large measure a proslavery secession sparked by American fears of British threats to slavery. The Civil War supposedly originated as a clash between contending white supremacists over the spread of slavery, which ended by replacing chattel bondage with a new regime of black subjugation.
Two ambitious new studies, Liberty Is Sweet by Woody Holton on the Revolution and American Republics by Alan Taylor on the decades that led to the Civil War, examine far more than the history of American slavery and racism. Both take up the array of political and social transformations that shaped the nation’s growth from an aspiring republic hugging the eastern seaboard to a boisterous, even bellicose capitalist democracy that spanned the North American continent. Yet both books advance claims in accord with interpretations of white supremacy as the driving force of American history. Holton and Taylor are serious scholars, and given the larger stakes involved, the reliability of their conclusions on these matters assumes importance in debates that go far beyond the academy. 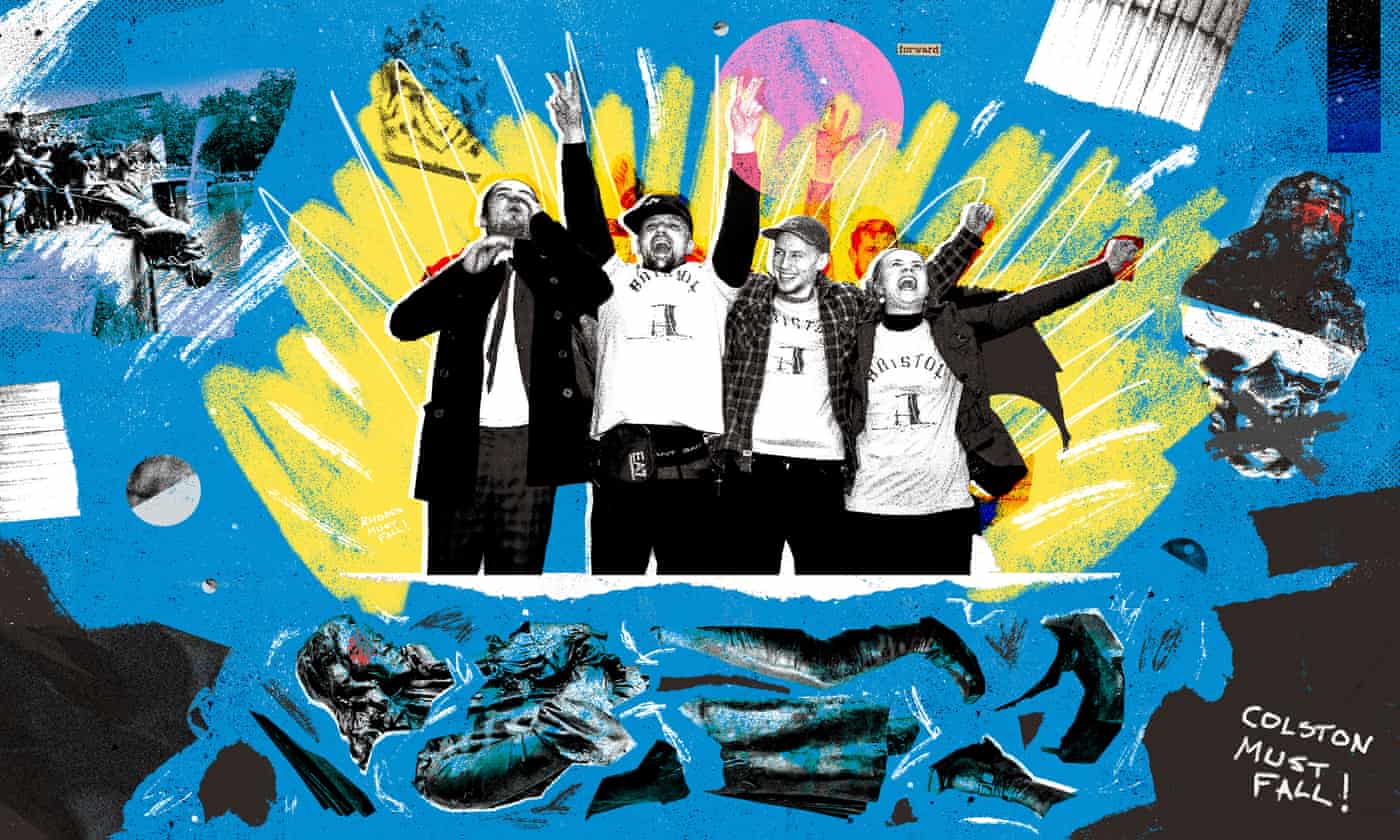 There were cheers from the public gallery of Bristol crown court when the verdicts of not guilty were returned. Eighteen months after Bristol’s now infamous statue of the slave trader Edward Colston was sent crashing to the pavement, the four young people who had been charged with criminal damage were acquitted.

The strategy that the prosecution appears to have adopted – in a case that some now argue should never have been brought to trial – seemed to centre on asking that the jury be blind to history. Who the statue venerated, they argued, was irrelevant. This, they claimed, was an open-and-shut case of criminal damage, one in which the defendants did not even deny their role in the toppling of the statue or, in one case, helping to roll it to Bristol harbourside, from where it was cast into the water.

The contention of the prosecution was that the crimes of Edward Colston, shareholder and ultimately deputy governor of the Royal African Company, the most prolific slave-trading entity in British history, should simply be set aside. That the statue depicted a man whose wealth was based on the enslavement of 84,000 men, women and children was immaterial. As was the fact that he was complicit in the deaths of 19,000 of them, who died, squirming in agony, chained to the decks of the Royal African Company’s slave ships. That should be of no concern to the jury. Their suffering, their deaths, their very existence was irrelevant to the issue at hand. In adopting such a strategy the prosecution was merely asking the jury to occupy the same stance of wilful, moral blindness that Colston’s defenders have occupied for decades. 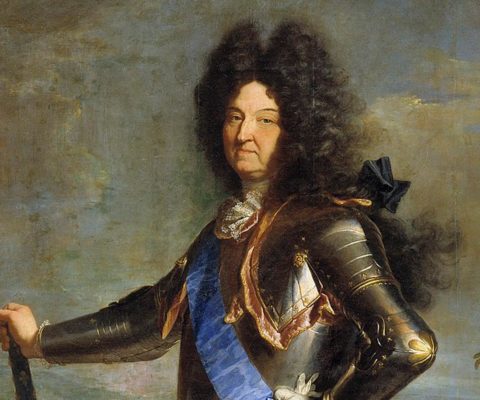 “Famously enforced in Paris to emancipate some of the Black Africans brought from the Caribbean during the eighteenth century, this abstract, widely cited principle applied neither to chattel slaves in overseas possessions nor to enslaved Turks who typically served on royal galleys for life.”

This deception was recognized in subsequent centuries—”Laughable maxim! Ostentatious lie! The chains of slavery were not broken in France,” wrote French historian Augustin Fabre, three years after the US Civil War. However, as Martin and Weiss observe, “for the next hundred and fifty years, the notion that France, unlike its Mediterranean neighbors, had confined its slaveholding to distant plantations in the Americas went mostly unquestioned.”