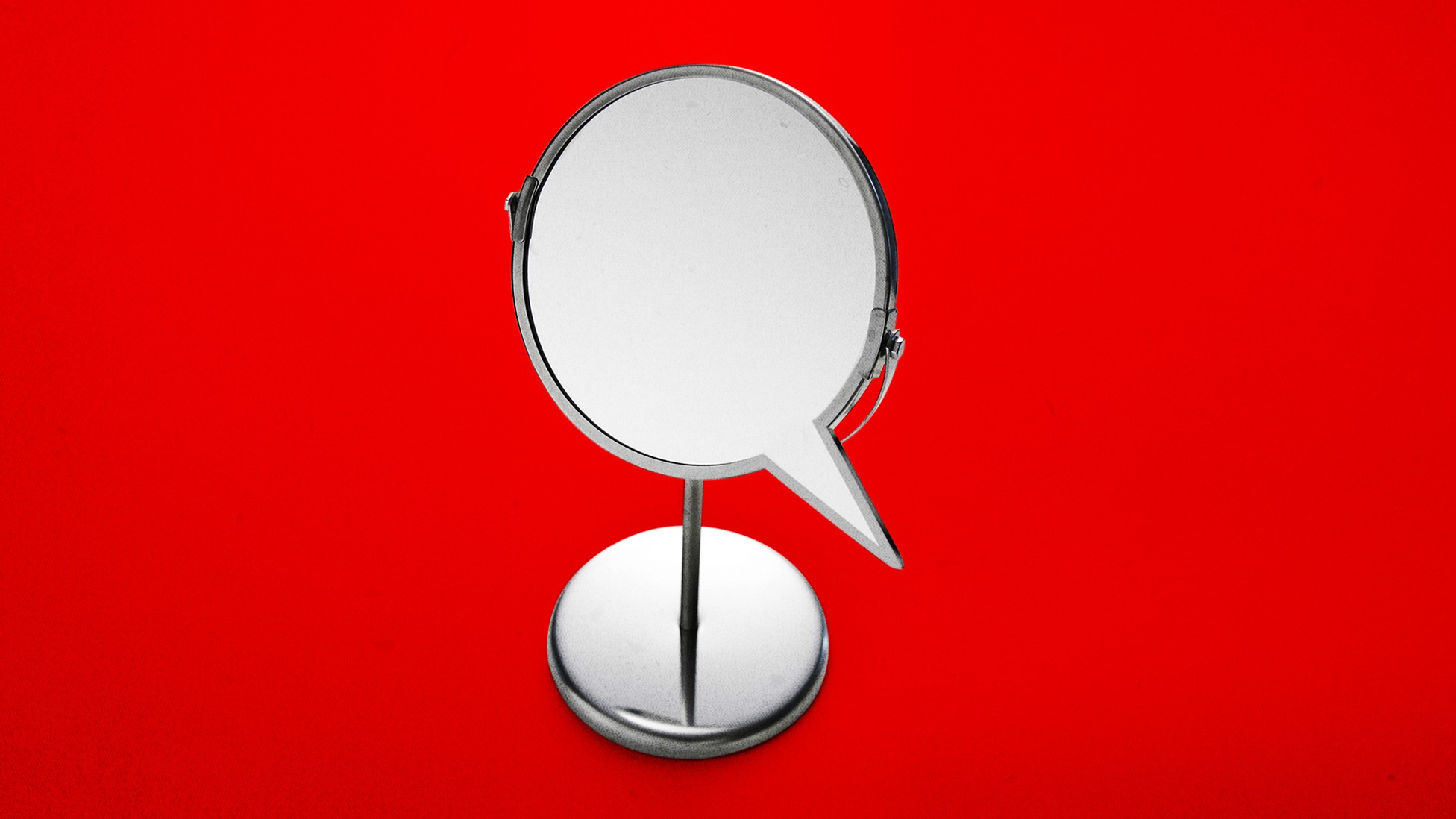 Republican operatives have buried the actual definition of critical race theory: “a way of looking at law’s role platforming, facilitating, producing, and even insulating racial inequality in our country,” as the law professor Kimberlé Crenshaw, who helped coin the term, recently defined it. Instead, the attacks on critical race theory are based on made-up definitions and descriptors. “Critical race theory says every white person is a racist,” Senator Ted Cruz has said. “It basically teaches that certain children are inherently bad people because of the color of their skin,” said the Alabama state legislator Chris Pringle. 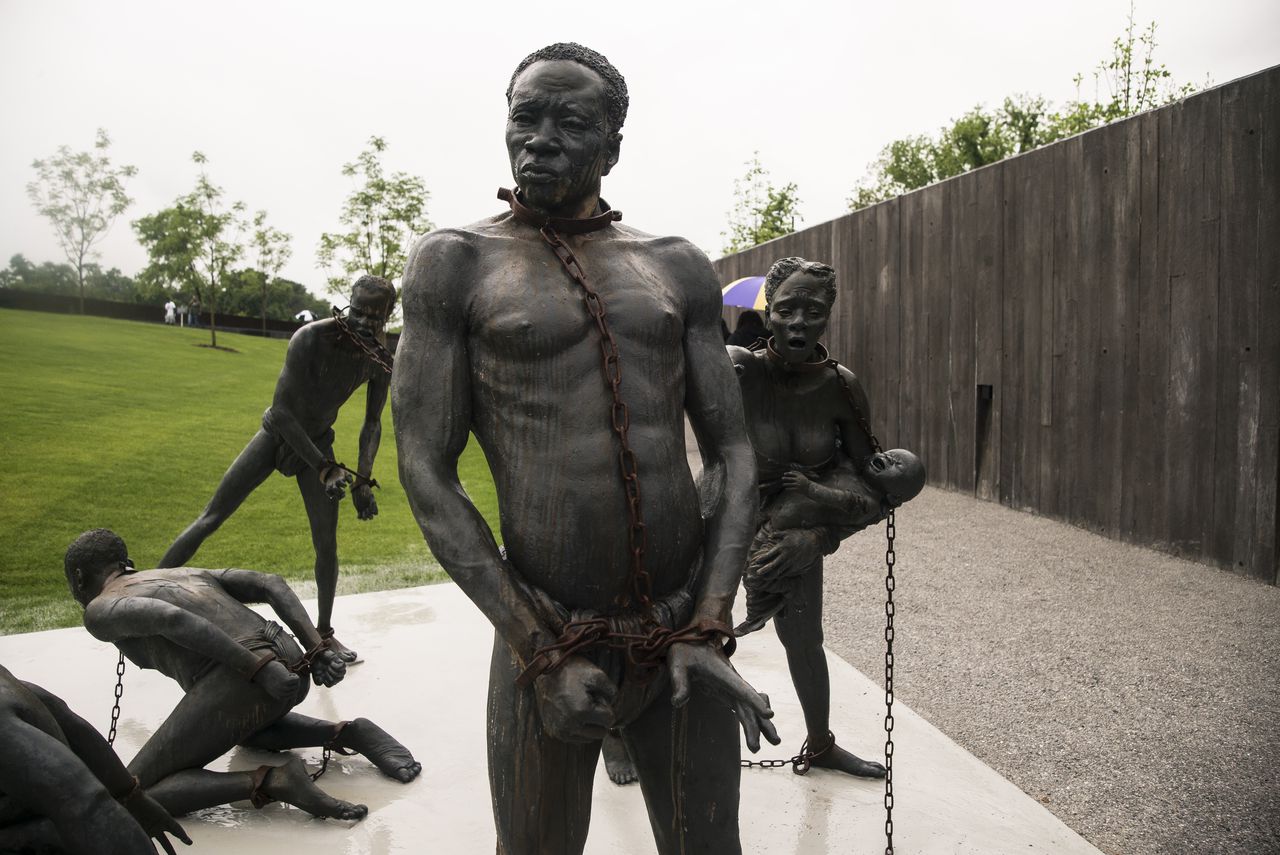 The Equal Justice Initiative in Montgomery has unveiled plans for a major expansion, one dedicated to further teaching the lasting impact of slavery and mass incarceration.

In the fall, the Equal Justice Initiative plans to house its Legacy Museum: From Enslavement to Mass Incarceration, reports the Montgomery Advertiser. EJI founder Bryan Stevenson hopes the museum, which will be housed at the nonprofit’s pavilion and welcome center at 401 N. Perry St., will “allow more people to gain a broader understanding of slavery and racism’s lasting impact on different parts of the nation and the world.”

Starting in the 1930s, a federal agency known as the Home Owners’ Loan Corporation (HOLC) sent dozens of surveyors to neighborhoods across the country. Often relying on the knowledge of local realtors, banks, and city agencies, the surveyors tallied up statistics about race, ethnicity, mortgage rates, and housing conditions. From these notes, the HOLC stamped thousands of neighborhoods with rankings on a graded scale, from A to D, with D-grade neighborhoods marked on maps in red.

It was this cartographic color palette that gave rise to the term “redlining.” In recent years, these maps and the broader phenomenon of redlining have become some of the most widely used and shocking demonstrations of institutional racism in American life. The maps seem to tell a straightforward story: the federal government engineered racial segregation by specifically identifying Black neighborhoods and eliminating them from federal housing programs, setting these neighborhoods up for permanent disinvestment and marginalization. 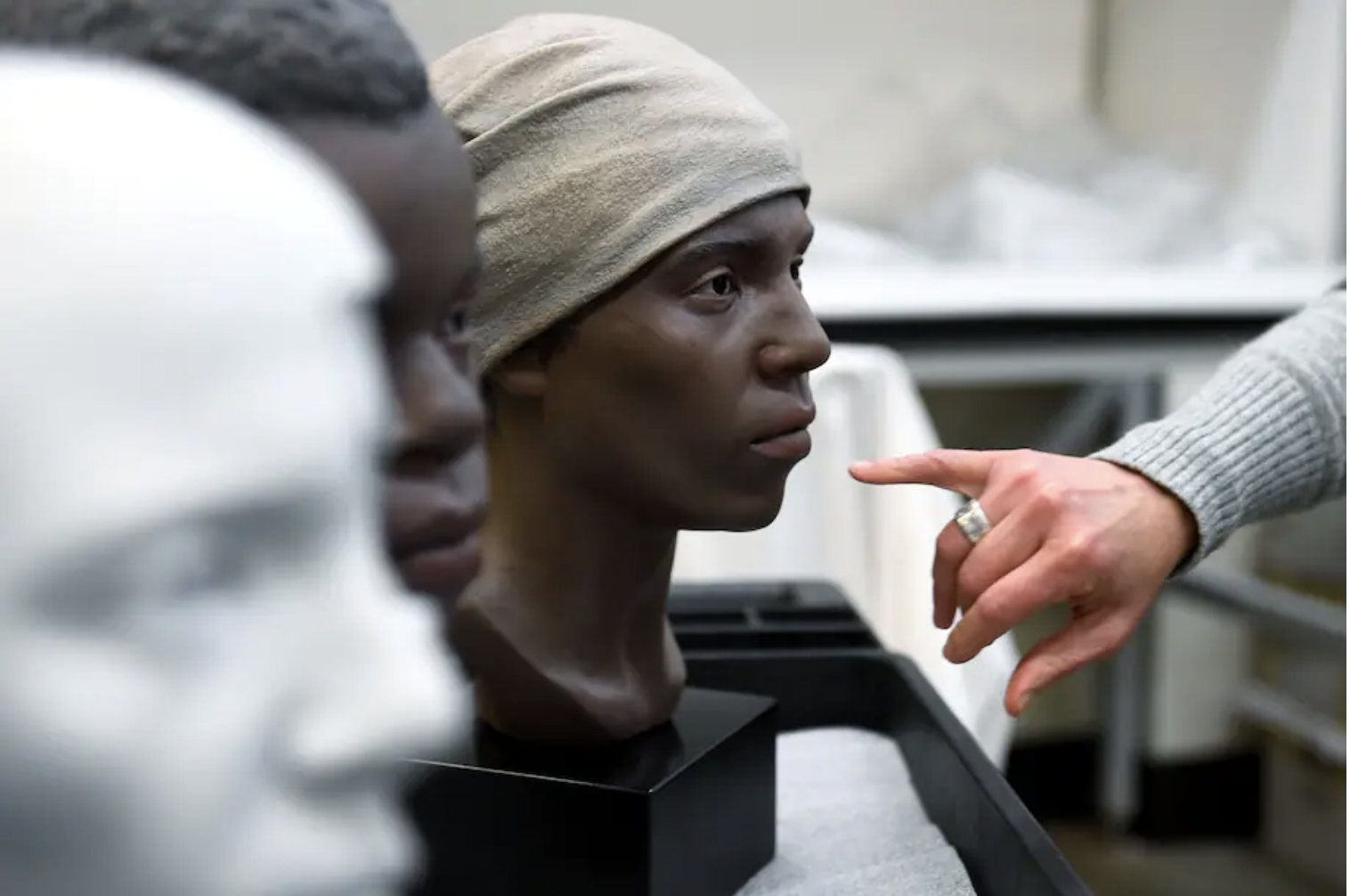 Burial 35 was a young enslaved woman who walked with a limp and was missing a front tooth. She was in her 30s when she died, perhaps in childbirth. Her infant son, who died a few months later, was buried in a tiny coffin on top of her.

When the experts re-created her weary face, they gave her a headscarf, something she might have worn in the grimy Maryland industrial settlement where she lived.

Burial 15 was a teenager who had been laid to rest with care and what may have been sprigs of sassafras. The herniated discs in his back from overwork could not be reflected in his face, and the sculptor gave him a look of innocence.

You Can't Tell the Story of 1776 Without Talking About Race and Slavery
Robert G. Parkinson, July 4, Time 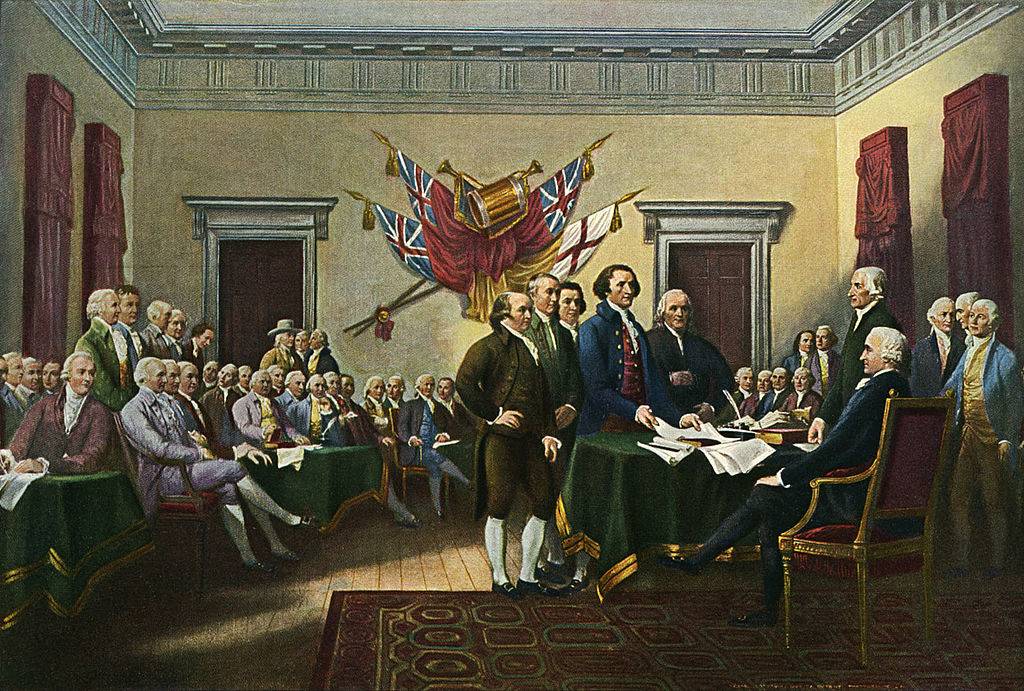 Slavery and arguments about race were not only at the heart of the American founding; it was what united the states in the first place. We have been reluctant to admit just how thoroughly the Founding Fathers thought about, talked about, and wrote about race at the moment of American independence.

Part of the reason why we haven’t fully realized this is because of John Adams. More than forty years after 1776, an 83-year-old John Adams wanted Americans to know just how astounding it was that America declared independence. Getting all thirteen colonies to reach this same, momentous decision, Adams remembered, was “certainly a very difficult enterprise” and “perhaps a singular example in the history of mankind.” Colonists really didn’t know or particularly like one another. They fought with each other all the time. But something phenomenal happened in 1776. “Thirteen clocks were made to strike together—a perfection of mechanism which no artist had ever before effected.” Adams was, of course, bragging, subtly suggesting that the work he, Jefferson, Franklin, and the Continental Congress did was pretty much a miracle. This magical way of thinking is compelling. It created an attractive, exceptional origin story for the United States. But it covered up the work that Adams and his colleagues undertook at the time. That work was about publicizing stories to make Americans afraid of British-sponsored slave “insurrections” and Native “massacres.” He was hiding just how important race was to the founding.

Texas Republicans rush to guard the Alamo from the facts
Jason Stanford, July 5, 2021, The Washington Post 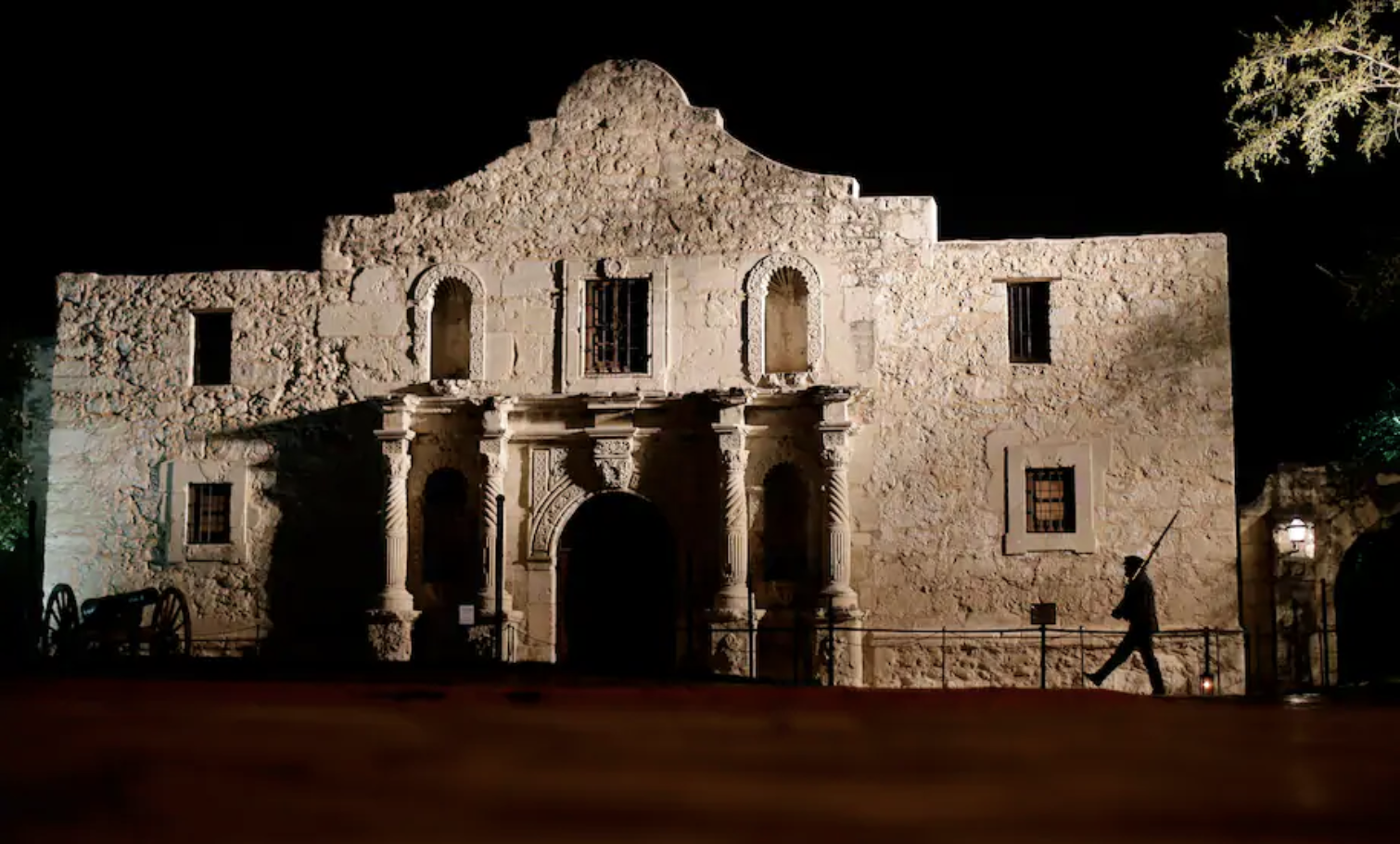 With more than 300 RSVPs, the event hosted by the Bullock Texas State History Museum in Austin was shaping up to be the highlight of our virtual book tour for Forget the Alamo: The Rise and Fall of an American Myth. But about four hours before showtime last Thursday, my co-authors, Bryan Burrough and Chris Tomlinson, and I received an email from our publisher. The Bullock had backed out, citing “increased pressure on social media.” Apparently, the state history museum was no place to discuss state history.

This isn’t how things are supposed to work, even in Texas, but the truth turned out to be even worse. The state history museum wasn’t bowing to social media pressure but to political pressure from the state’s Republican lieutenant governor, Dan Patrick, who claimed credit for the kill the next day.