Our ‘Racial Reckoning’ Is Turning Out to Be a White Lie
Kali Holloway, July 19, 2021, The Nation 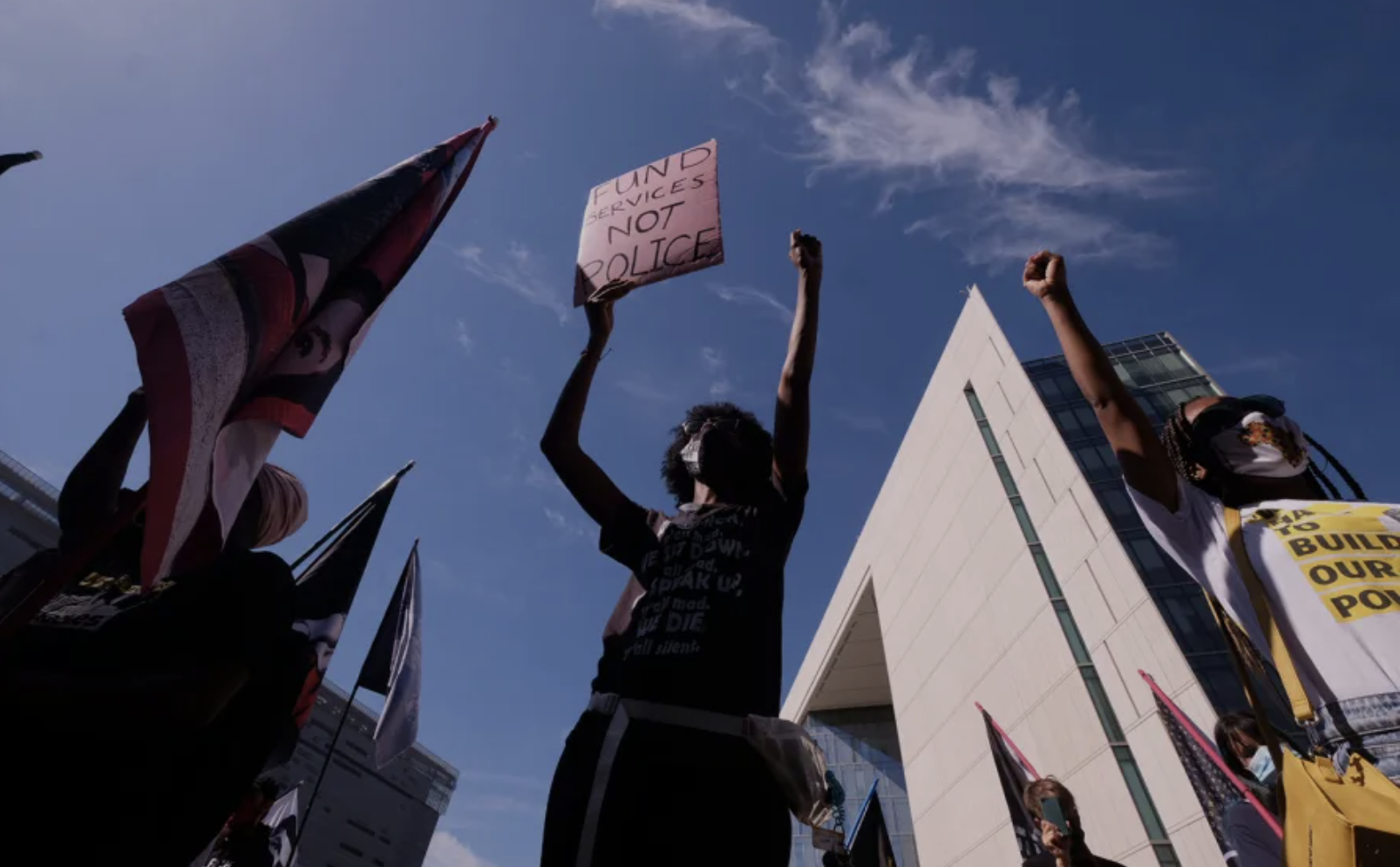 With inevitable regularity, racial injustice and violence lead to moments of national conflict when even white Americans can no longer ignore the issue. And just as inevitably, instead of addressing this country’s pervasive racism and anti-Blackness, white Americans locate the problem somewhere within Black people themselves.

We’re in yet another of those moments, as last summer’s promised “racial reckoning” turns out to be a white lie. Black demands for full citizenship and equality are being treated as entitlement, calls for white racial accountability redefined as white persecution, and anti-racism falsely construed as anti-whiteness. To reestablish unchallenged white dominance, a movement of white resistance, or anti-anti-racism, is working tirelessly to blot out what it sees as a problematic presence—purging Black folks from democracy by stripping voting rights, erasing Black struggle from history by banning the teaching of slavery and its legacy, and prohibiting protest that threatens the white supremacist status quo. 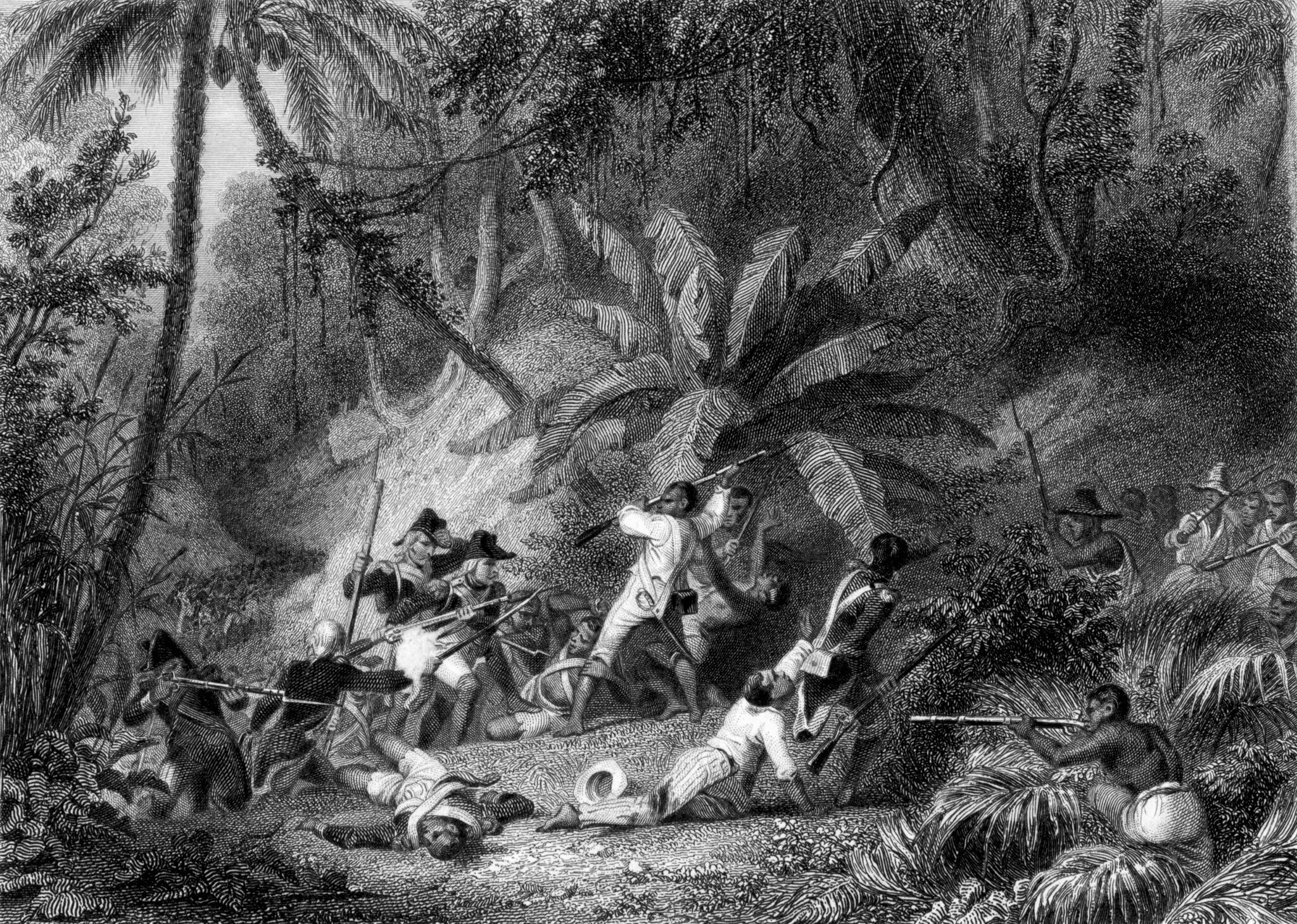 When assassins killed President Jovenel Moïse of Haiti on July 7, pushing the country to the brink of chaos, it may have struck many Americans as the latest in a string of political upheavals and destabilizing disasters in an unfortunate country with which the United States should have little to do. But the revelation that two of the suspects were American citizens was a reminder of the complicated history of our relations with Haiti — a needlessly tragic history, driven by self-interest and the politics of racism.

As the United States now offers to help Haiti restore political order, it should be kept squarely in mind that Haiti is more than just a troubled neighbor. It is a nation whose revolutionary fight for freedom helped make the United States the country that it is today. 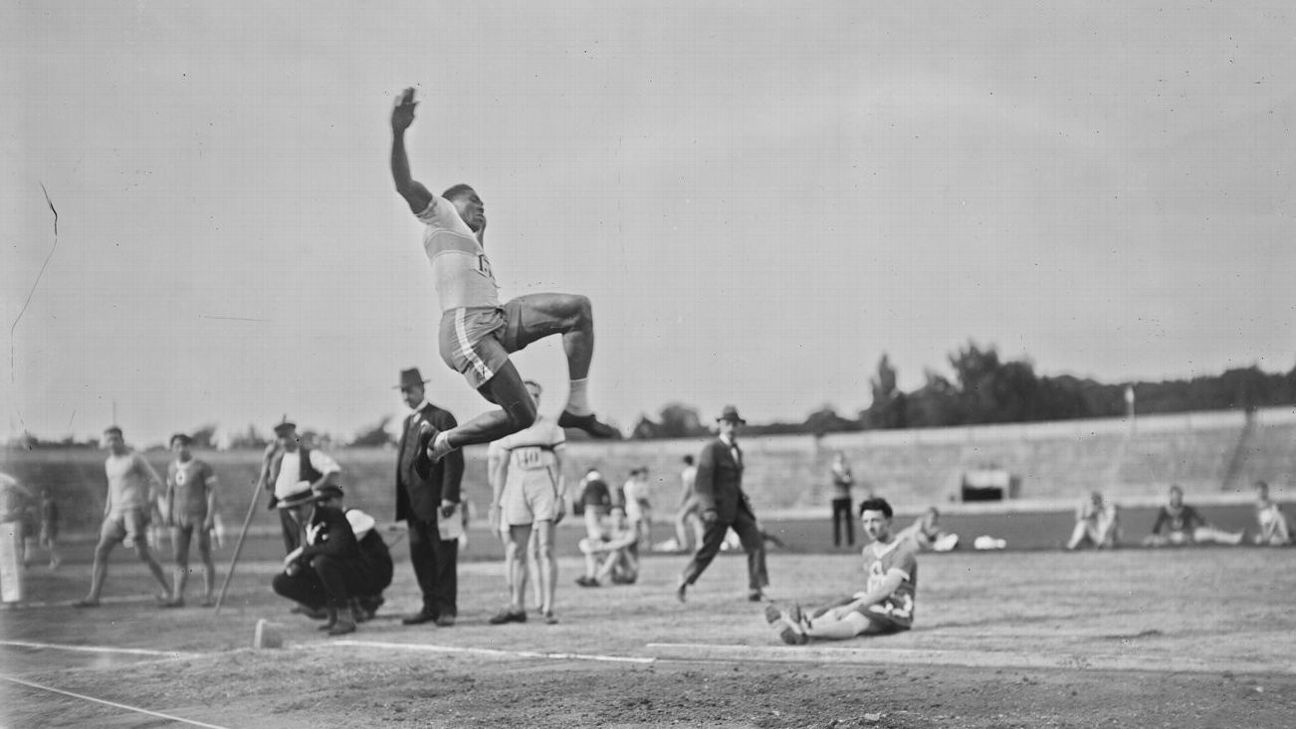 On the afternoon of Aug. 25, 1932, Al Monroe arrived at 441 E. 42nd St. in Chicago. The beautiful home in the city’s Bronzeville neighborhood belonged to the famous Black tenor George Garner and his wife Pauline, an accomplished musician in her own right. Monroe, a reporter at the Chicago Defender, wasn’t there to see the homeowners, however. His interest was in their guest, Sylvio Cator.

In a few hours, the Haitian Olympian would trade his gray trousers, gray shirt and tie for a tracksuit. Cator had attained international fame during a long athletic career that included an Olympic silver medal and a world record in the long jump. But he was much more than an athlete, as his tour of the United States would attest. For now, he greeted Monroe with a smile and settled in for their interview. Monroe asked Cator about sports in Haiti and the Olympics that had just ended in Los Angeles. He wanted to know what the former world-record holder liked to do off the track. More than anything, he was curious about what Cator thought of the United States, which denied basic rights to its Black citizens and had occupied Haiti for almost two decades. 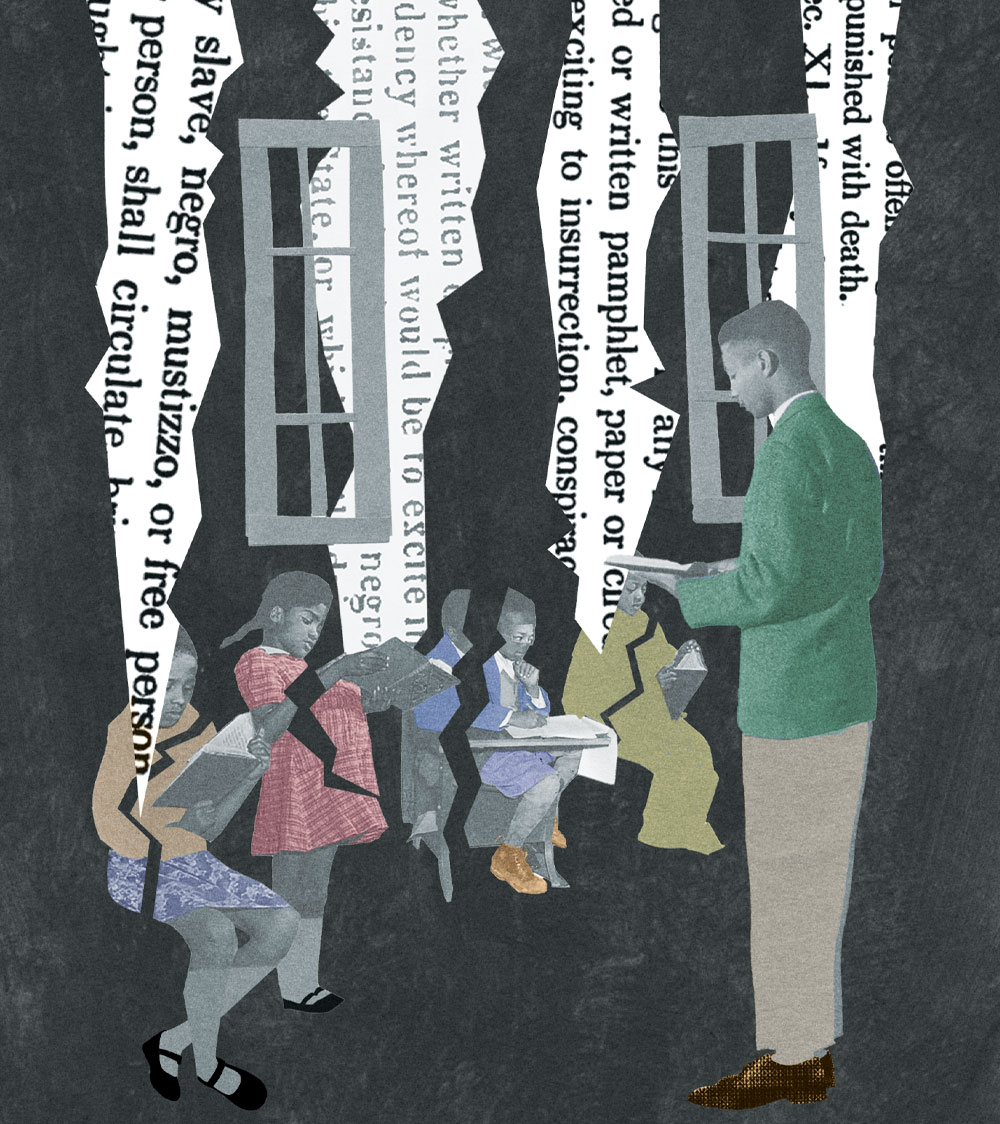 There have been many contributions to help make sense of the Republican obsession with critical race theory, a framework developed some 40 years ago to analyze the ways racism is endemic to our laws and policies. Conservatives have decided it’s a domestic threat, and, as of this writing, 11 states have already banned teaching it in public schools. But perhaps the best explanation for the hysteria is in a journal entry written on April 7, 1829, by a schoolteacher named Susan Nye Hutchison, who lived in Augusta, Georgia, and whose diaries illuminate a quarter century of life before the Civil War. “Great fear begins to be prevalent that the negroes are about to rise,” Hutchison wrote.

Georgians had experienced a spate of fires, as rumors of insurrection made the citizens of Augusta both negro- and pyro-phobic. Four days before Hutchison’s entry, another “terrible fire” burned about a third of the city, according to a contemporary news article. Estimated damages totaled half a million dollars, with nearly 350 homes destroyed. Hysteria ensued, and enslaved Black people were blamed, rounded up, and tried without evidence.

‘He Had a Life Before Death’: Remembering Emmett Till for the Child He Was
Adeel Hassan, July 24, 2021, The New York Times 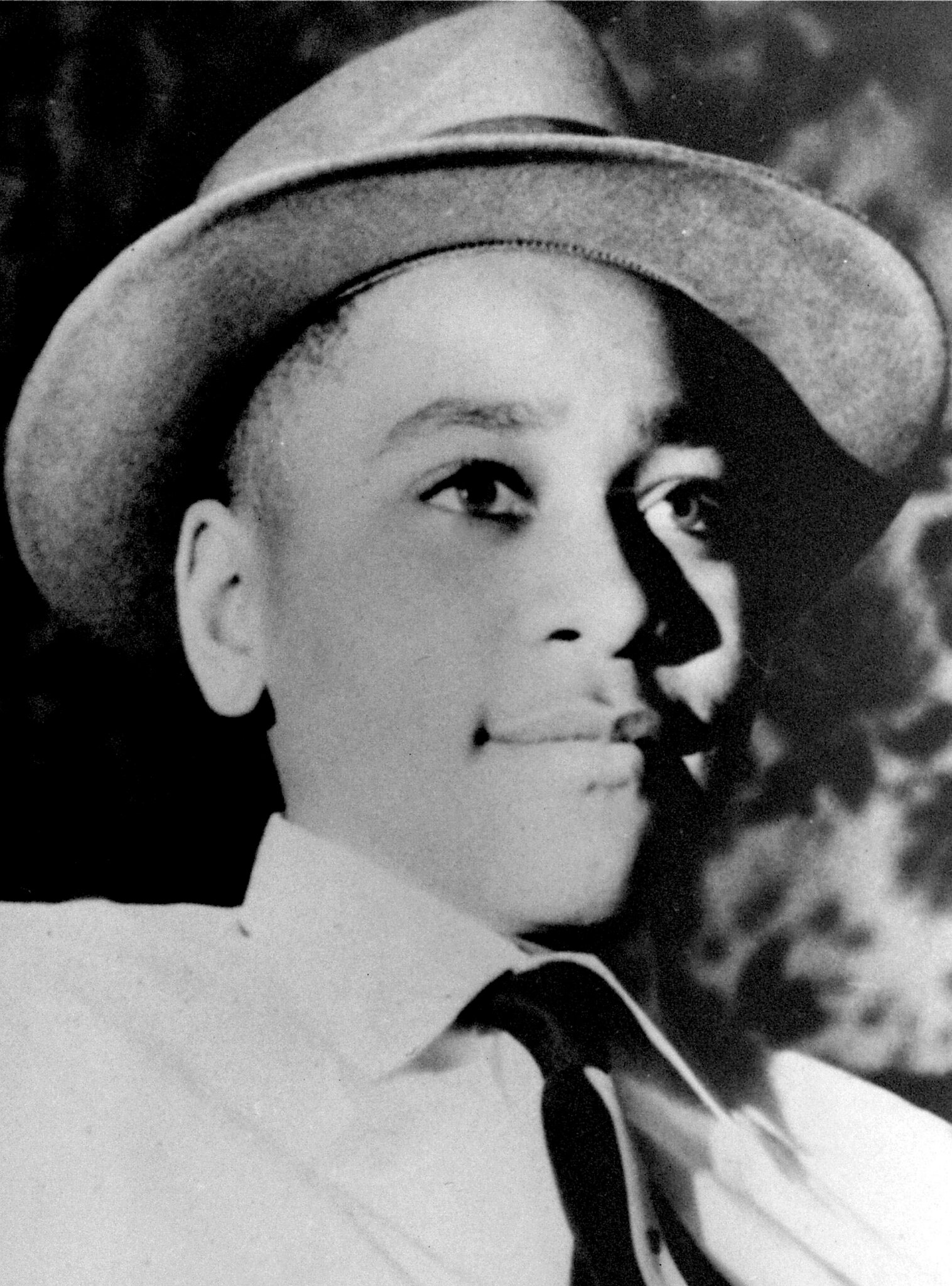 Ollie Gordon was only 7 years old in August 1955, when the life that she shared with three generations of her family, including her cousin Emmett Till, on the South Side of Chicago was overturned.

Emmett, 14, had traveled to visit relatives in the Mississippi Delta, where he was abducted by two white men. His body was found days later in a river, mutilated and beaten with a bullet in the head.

“That was the first death that my parents and siblings had experienced,” Ms. Gordon said in an interview this week. “Then to know that he was taken by white men — we would have nightmares that somebody was going to come and take us.”

What Radical Black Women Can Teach Us All About Movement-Building
Keisha N. Blain, Premilla Nadasen, and Robyn C. Spencer, July 15, 2021, In These Times 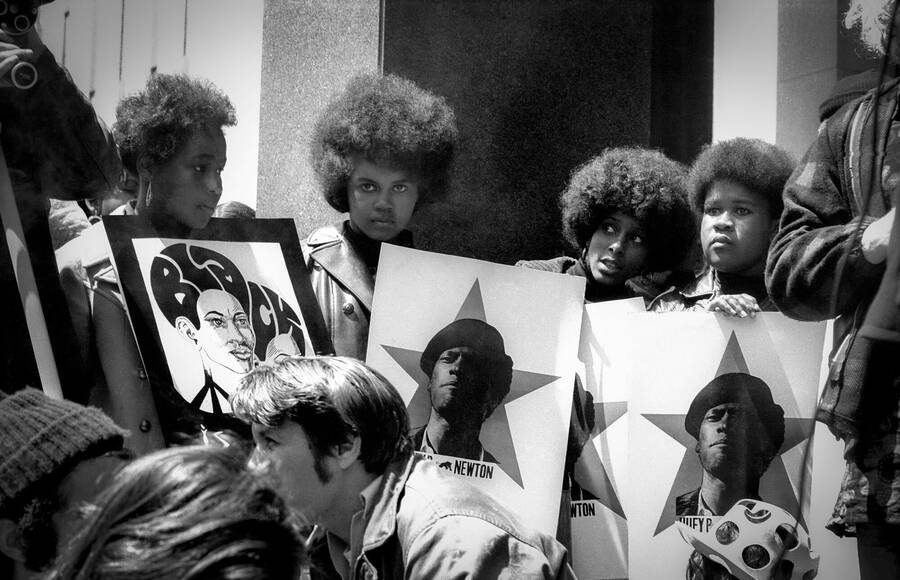 The Movement for Black Lives is noteworthy for a leadership that is overwhelmingly women (both cis and trans). Although not always recognized, Black women’s organizing, insights and analysis have long been an engine of Black freedom movements. That is no accident: As the Combahee River Collective, a collective of Black feminist socialists, write in their groundbreaking 1977 statement, ​“We believe that the most profound and potentially most radical politics come directly out of our own identity.” They saw the particular task of Black feminists as ​“the development of integrated analysis and practice based upon the fact that the major systems of oppression are interlocking.”

In These Times and the Movement for Black Lives guest editors asked distinguished historians of the Black experience to lift up the Black women in movements that presaged the Movement for Black Lives. In this roundtable, professors Premilla Nadasen, Keisha N. Blain and Robyn C. Spencer offer snapshots of chapters of Black struggle that provide inspiration and grounding for the work of the 21st century Black freedom movement.

Secrets of rebel slaves in Barbados will finally be revealed
Vanessa Thorpe, 18 July 2021, The Guardian 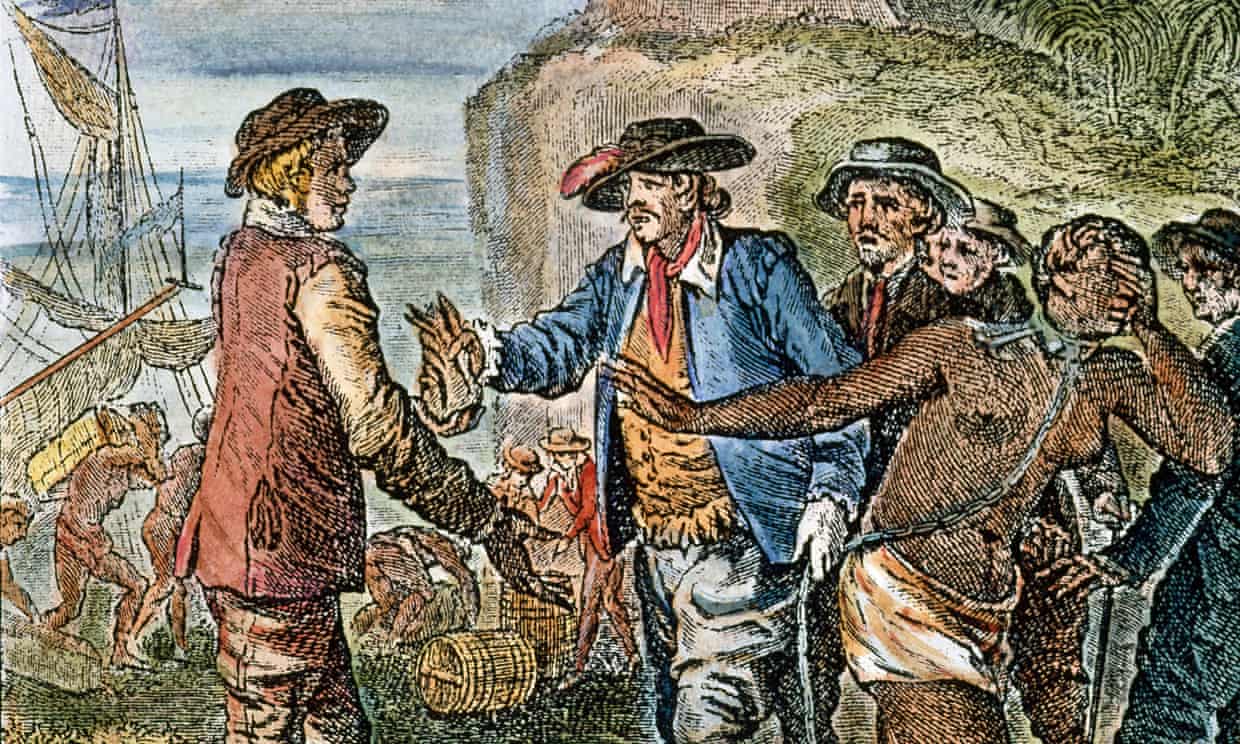 Little is yet known of Bussa, the man behind the largest slave revolt on Barbados in 1816, but information about his life before this uprising could well lie in the columns of contemporary island newspapers. So too may further clues about what happened to Benebah, a pregnant black woman who stood up to a police officer on the island in 1834, after slavery had officially been abolished.

The missing history of these two rebels, along with many other enslaved peoples’ stories, are hiding in plain sight in vast, freshly digitised newspaper records from the island. And now the British Library is to lend its scholastic firepower and invite online volunteers to help to uncover it.

Such evidence would paint a valuable picture of the otherwise anonymous world of commercial slavery during British colonial rule. For, while much of the paperwork surrounding the trade did not use names, if someone rebelled, or attempted escape, their identity and description often appeared in a paid advertisement.