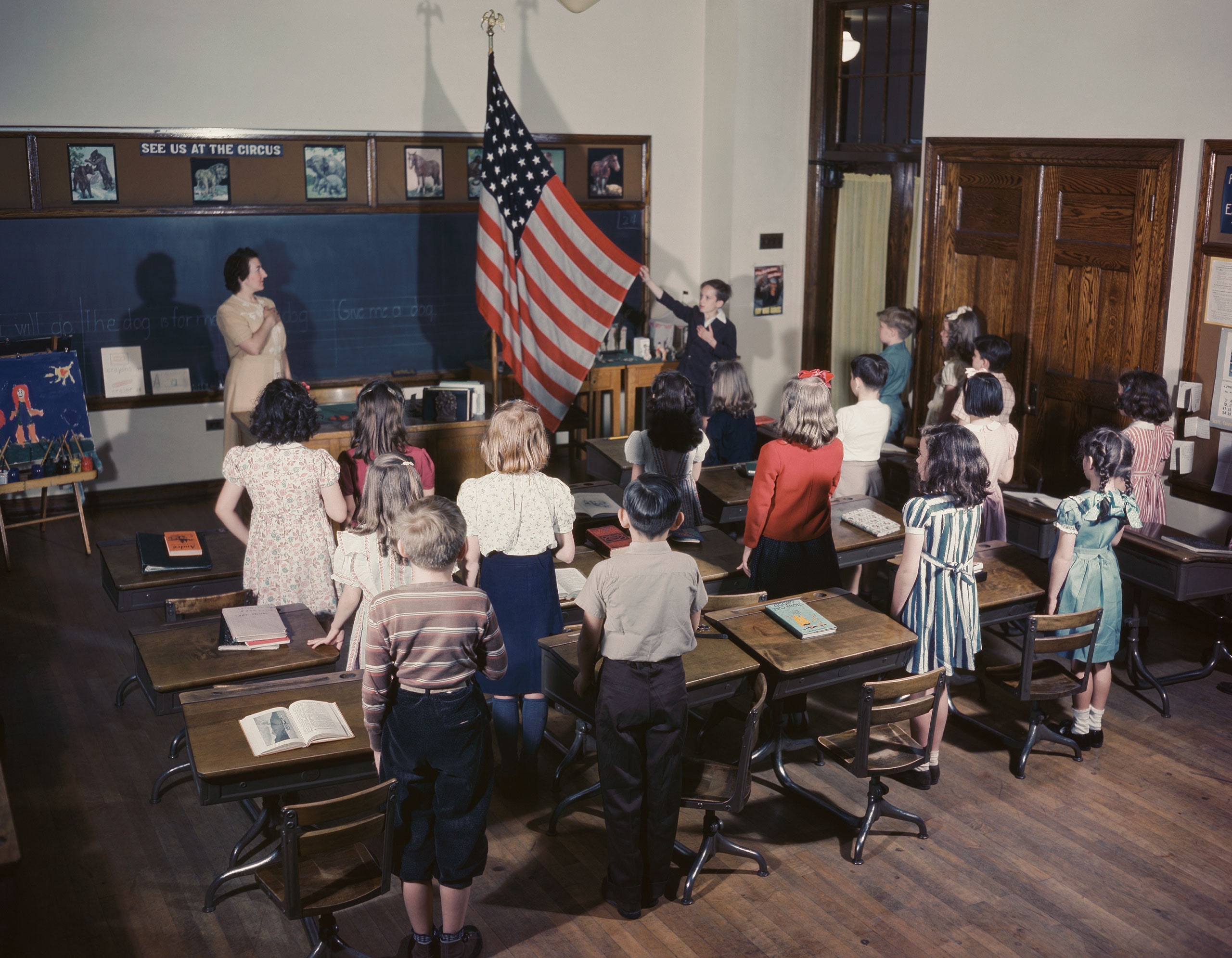 Once again, Americans find themselves at war over their history—what it is, who owns it, how it should be interpreted and taught. In April, the Department of Education called for a renewed stress, in the classroom, on the “unbearable human costs of systemic racism” and the “consequences of slavery.” In response, Senate Minority Leader Mitch McConnell issued a formal letter, demanding more “patriotism” in history and calling the Democrats’ plan “divisive nonsense.” Like all great questions of national memory, the latest history war has to play out in politics, whether we like it or not. This is especially true as we limp, wounded, from the battlefields of the Trump era, when facts were nearly rendered irrelevant.


What Washington and Lee has embraced
Colbert I. King, June 11, 2021, The Washington Post 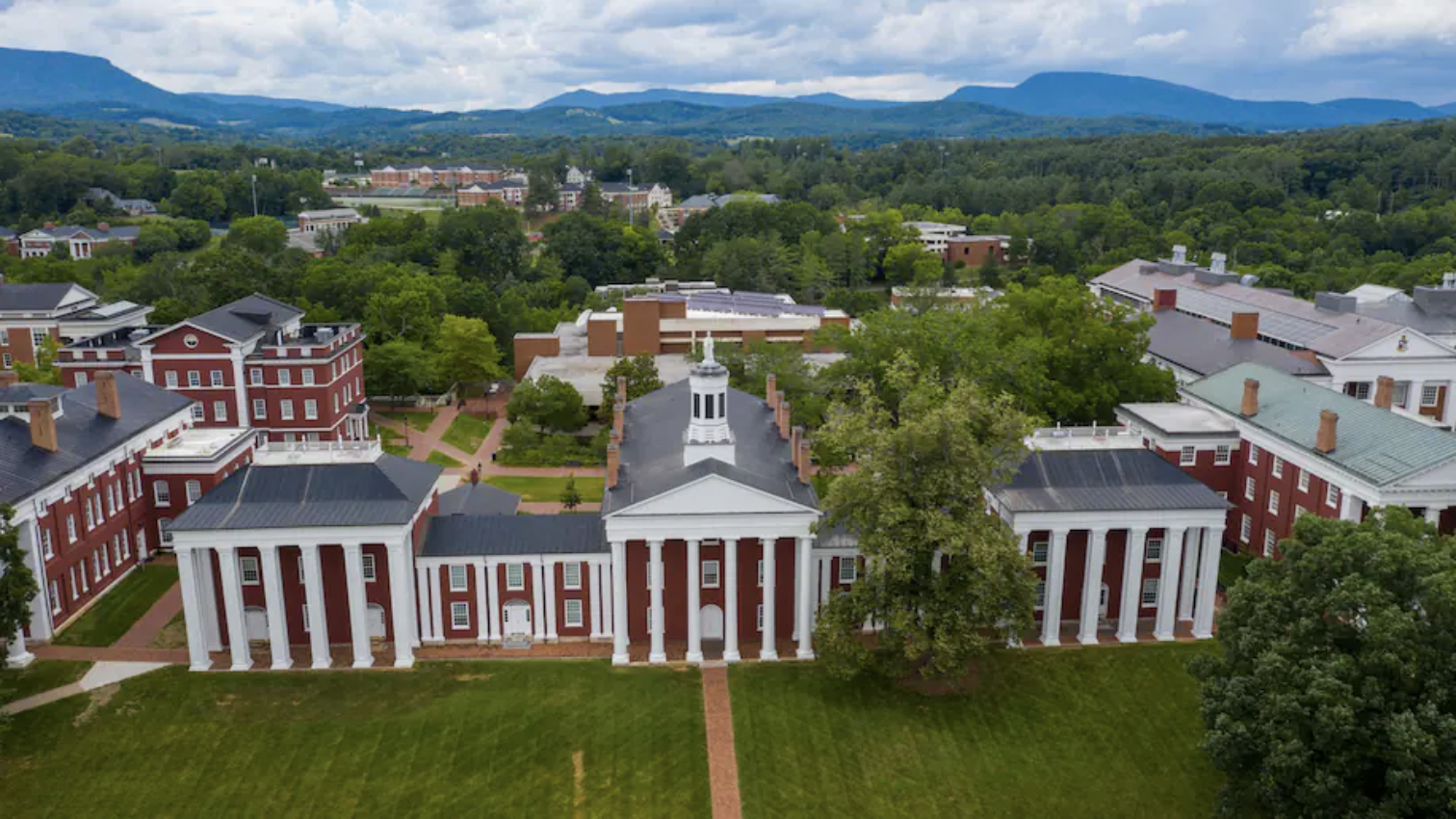 Washington and Lee University’s board of trustees has decided to leave the school’s name unchanged, which is well within the board’s rights. The private college’s public case for sticking with Robert E. Lee is straightforward: He was a great benefactor who contributed to the restoration of the school after personally surrendering the old Confederacy at Appomattox Court House on April 9, 1865. Some alumni and university staff are groaning. But it’s the board’s business what the college calls itself.
It is the nation’s business, however, to record irrevocably that the Confederate army commander led a bloody fight that cost thousands upon thousands of lives, just to uphold a traitorous insurrection rooted in slavery.

Protesters marching in Elizabeth City, N.C., over Andrew Brown’s killing are walking in the footsteps of centuries of fighters for Black rights
Melissa N. Stuckey, June 9, 2021, The Conversation 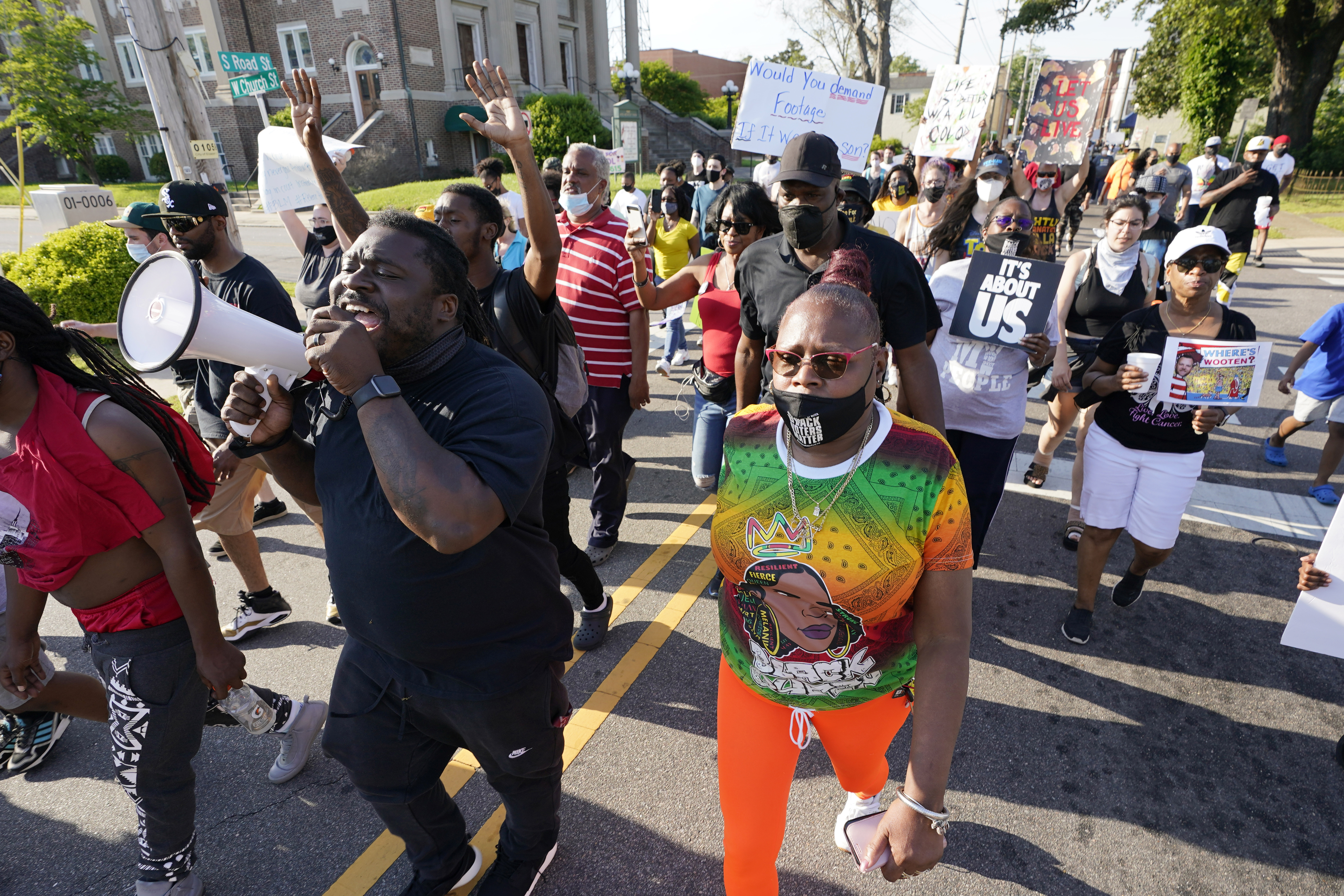 Protests have been taking place in a small North Carolina city for the past two months, sparked by the early morning report on April 21, 2021, that Andrew Brown Jr., a local African American man, had been shot and killed by county sheriff’s deputies serving search and arrest warrants.

Eleven months after the murder of George Floyd and just one day after former police officer Derek Chauvin’s conviction, Brown’s killing immediately became part of a larger national story about African Americans being killed by law enforcement agents and subsequent demands for accountability and reform.

We Need a Reckoning: Clint Smith on Slavery and the Truth About America’s History
Joshua Adams, June 7, 2021, ColorLines 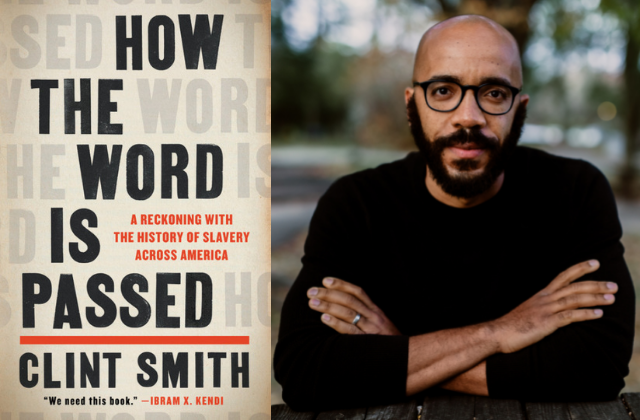 Writer, scholar, journalist and artist Clint Smith has a new book, How the Word Is Passed: A Reckoning With the History of Slavery Across America (Little, Brown, and Company), which shows the history of slavery through Smith’s journey to different historical sites around the country. Starting off with Monticello, the plantation and estate of Thomas Jefferson, Smith also travels to places such as the Whitney Plantation and Angola Prison in Louisiana, a maximum-security prison born from a plantation. Next, he goes on a New York tour that highlights the often overlooked history of slavery in the North, and exposes the dichotomies between how different Americans see the Civil War; spending time with both Juneteenth celebrators in Galveston and the Sons of the Confederate Veterans at the Blanford Cemetery, on Memorial Day. Smith’s last stop is Gorée Island and the historic Slave House in Senegal. 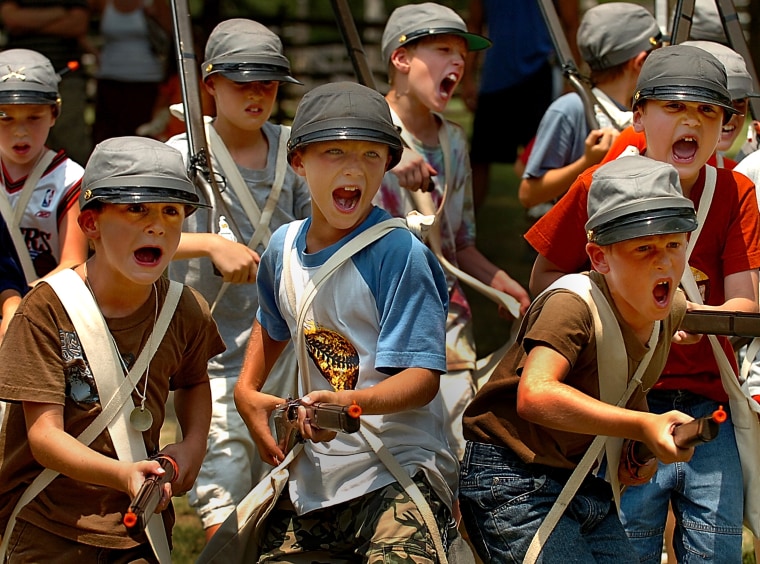 Owners of the Latta Plantation in Huntersville, North Carolina faced a rude awakening this week when members of the public called out their planned Juneteenth event. Coinciding with the holiday that commemorates the end of legalized slavery in Texas on June 19, 1865, the Latta Plantation promised an event highlighting the experiences of white slaveholders and Confederate soldiers. “Come out to Historic Latta Plantation for a one-night event, Saturday, June 19, 2021,” they promised. “You will hear stories from the massa himself who is now living in the woods.” They went on to emphasize that the planned Juneteenth program would focus on “white refugees” who had been “displaced and have a story to tell as well.”

The plan to center a Juneteenth event around so-called “displaced white refugees” is deeply racist. But it’s also part of a much larger public effort to distort historical narratives and, in this case, miseducate the public about slavery in the United States. 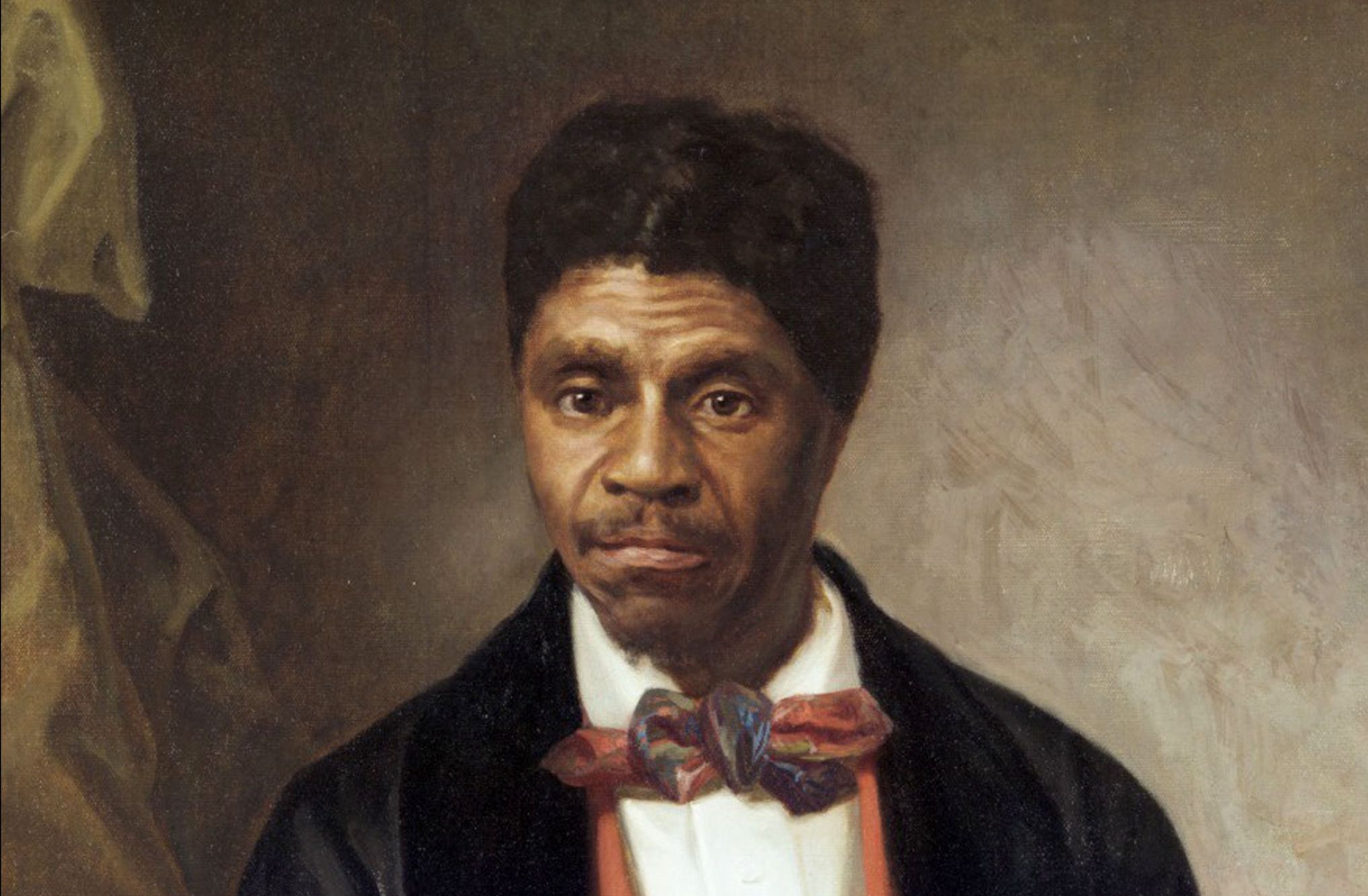 In January, 2011, the House of Representatives undertook a recitation of the United States Constitution on the House floor. Lawmakers started with “We the People” and took turns reading the text aloud for the next hour and a half. Orchestrated by a new Republican majority to perform devotion to the Constitution, the exercise excluded some provisions, including ones that supported slavery: the three-fifths clause, which says that an enslaved person counts as “three-fifths” of a person for the purpose of apportioning congressional representatives and taxes, and the fugitive-slave clause, which commands that an enslaved person “escaping into another” state, regardless of its laws, “shall be delivered” back to the slave owner. The Thirteenth Amendment, which abolished slavery after the Civil War, was read aloud by Representative John Lewis. But Representative James Clyburn, the top-ranking Black congressman, refused to participate in the reading, calling the choice to omit provisions “revisionist history.” Representative Jesse Jackson, Jr., similarly objected that the “redacted constitutional reading gives little deference to the long history of improving the Constitution” through “the blood, sweat and tears of millions of Americans.”