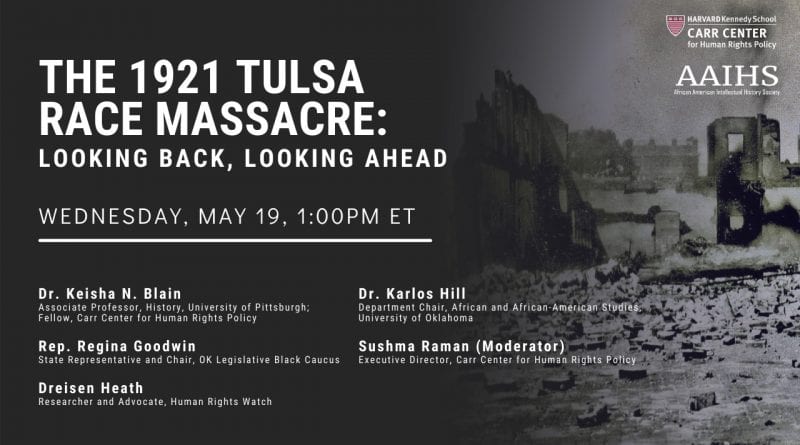 May 31, 2021 marks the 100th anniversary of the Tulsa Race Massacre, when a violent white mob nearly destroyed the formerly thriving and prosperous African American community in the Greenwood district of Tulsa (also known as Black Wall Street). Over 300 African Americans were killed, and thousands were displaced. Hundreds of homes and businesses burned to the ground. In the decades since this occurred, the massacre was covered up, local officials obstructed the redevelopment of Greenwood, and the local chapter of the KKK became one of the largest in the U.S.

Join the Carr Center for Human Rights Policy and the African American Intellectual History Society (AAIHS), for a conversation with leading policy makers, academics, and researchers on the historical legacy of the Massacre, the effects on current-day policy and organizing debates related to racial justice, and the movement for reparations.