“Teaching this horrible doctrine to our children is a form of child abuse in the true sense of those words,” the president of the United States declared recently at the White House Conference on American History. He was referring to an approach to teaching history called “critical race theory,” which ties together ideas about power, race and the law in ways that are sufficiently controversial to generate fierce and meaningful debate.

First things first. For the president to liken a controversial pedagogical theory to child abuse trivializes a serious crime and its traumatic effects. The provocative, false statement must be denounced before it has a chance to resonate.

The president made other provocative claims at the conference. “We must clear away the twisted web of lies in our schools and classrooms and teach our children the magnificent truth about our country.” He went on to propose the creation of a “national commission to promote patriotic education” to redeem the way we teach history. In his September 17, 2020, speech at the National Archives on history education, President Trump railed against “Critical race theory, the 1619 Project, and the crusade against American history,” which he characterized as “toxic propaganda, ideological poison that, if not removed, will dissolve the civic bonds that tie us together. It will destroy our country.”

Coming at the end of the White House Conference on American History—a hastily-arranged gathering, organized without input or participation from historical associations and including panelists who are not experts in the field—the remarks are only the most recent example of the Trump administration’s misguided and dangerous attempts to politicize the teaching and writing of United States history.

As the largest professional organization in the country representing historians of U.S. history, the Organization of American Historians opposes the biased views and mischaracterizations of historical inquiry and education expressed in these statements. Further, the OAH rejects the narrow and celebratory “1776 Project” put forward in this speech as a partisan ploy meant to restrict historical pedagogy, stifle deliberative discussion, and take us back to an earlier era characterized by a limited vision of the U.S. past.


Maggie L. Walker, one of the first Black American women to run a bank, is buried at Evergreen Cemetery in Richmond, Va. So is John Mitchell Jr., editor of The Richmond Planet, a crusading newspaper founded by former slaves. Benjamin Franklin Randolph, a South Carolina state senator gunned down amid the white backlash against Reconstruction in 1868, lies in the Black cemetery named for him in Columbia.

In the late 19th century, as statues, monuments and government buildings were being dedicated to Robert E. Lee and other leaders of the Confederacy, a powerful and countervailing force of memory was unfolding, in many cases right across town: Black communities were building cemeteries to honor a first wave of soldiers, politicians and business leaders after the end of slavery.

Now, as Americans rethink Confederate monuments across the country, historians and community activists are working to restore and protect historic Black cemeteries, many of which have fallen into disrepair, the victims of mismanagement, political strife or abandonment.

THE FIRSTS: The children who desegregated America
Adam Harris, September 29, 2020, The Atlantic


In the years following Brown v. Board of Education, thousands of children desegregated America’s schools. “The task that fell to them was a brutal one,” our senior editor Rebecca J. Rosen writes.

In our new special project, titled “The Firsts,” our staff writer Adam Harris tells the stories of five students who lived through the transition.


LOS ANGELES — If you follow Patrisse Cullors, you know that she is a very busy person. Every day, the Black Lives Matter co-founder helps wade “through the messiness of the internet” with her news digest. And amid frequent speaking engagements concerning politics and the movement for Black lives, she is also an active artist and helps run the beloved collective and gallery Crenshaw Dairy Mart.

This Friday, October 2 and Saturday, October 3, Cullors is premiering her latest project: Malcolm Revisited, a video work that will launch Black Lives Matter’s Get Out the Vote (GOTV) campaign for the November presidential election. The film is screening for free on REDCAT’s website both nights.

Malcolm Revisited builds upon a 2016 video work in which Cullors responds to Malcom X’s “The Ballot or The Bullet,” his legendary 1964 speech urging Black Americans to vote when President Lyndon Johnson was running for reelection. As Cullors observes, “Our visionary Brother Malcolm saw the vote as a tactic in the larger strategy for freedom.” 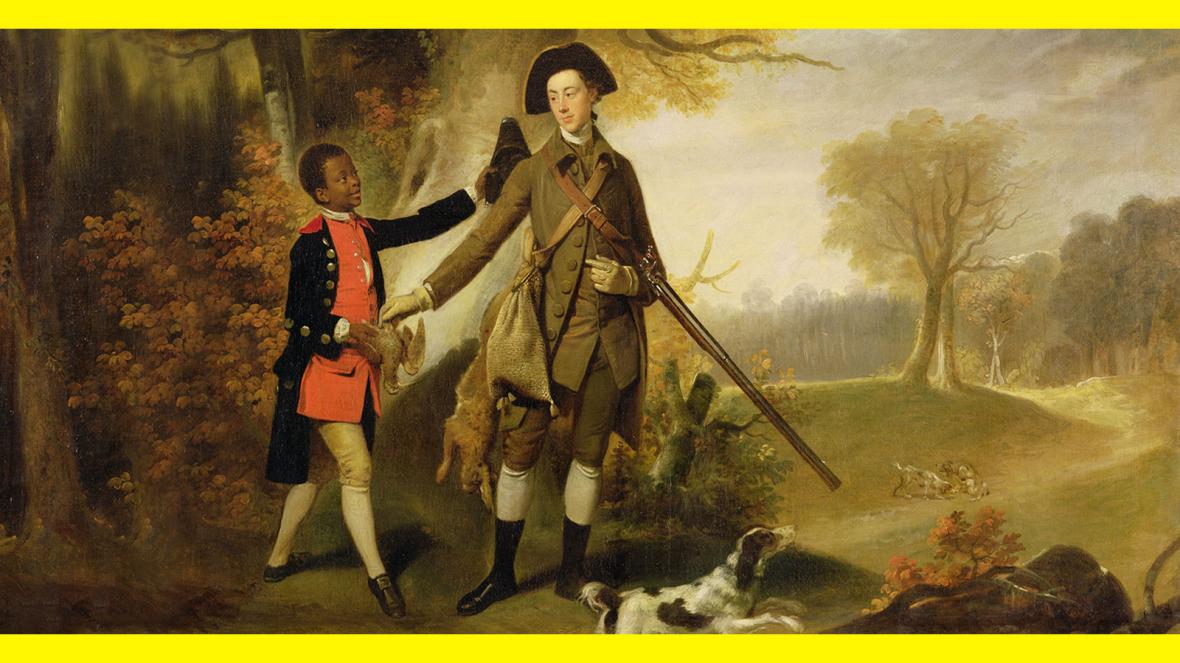 David Olusoga on Britain’s role in the age of slavery
David Olusoga, October 4 2020, The Sunday Times


In 1603 James VI of Scotland also became King James I of England. The Stuart period lasted for more than a hundred years, during which dramatic events shook Britain: a terrorist attack on Parliament, civil wars, plague, the Great Fire of London. Meanwhile, a story was unfolding that would redraw Britain’s relationship with people from Africa. Together with the Stuart royals, English merchants were developing new, brutal ways of making money.


‘Students need to know the harrowing truth’: teachers on black history in the curriculum
Donna Ferguson, 3 October 2020, The Guardian


There is increasing pressure on the government to make black history a compulsory element of the national curriculum in England, not only something to be taught in Black History Month. The schools minister, Nick Gibb, told a parliamentary debate recently that he was not in favour because teachers needed the freedom to “teach lessons that are right for their pupils”. What did he mean and is that the best approach?

We have a responsibility to deliver a broad and balanced curriculum and I don’t believe that is possible in the absence of teaching black history.

At the moment, studying the British empire is compulsory, but learning about slavery is not. It is impossible for young people to truly understand why the world is the way it is without studying the slave trade and the civil rights movement. Students need to be exposed to the harrowing truths.