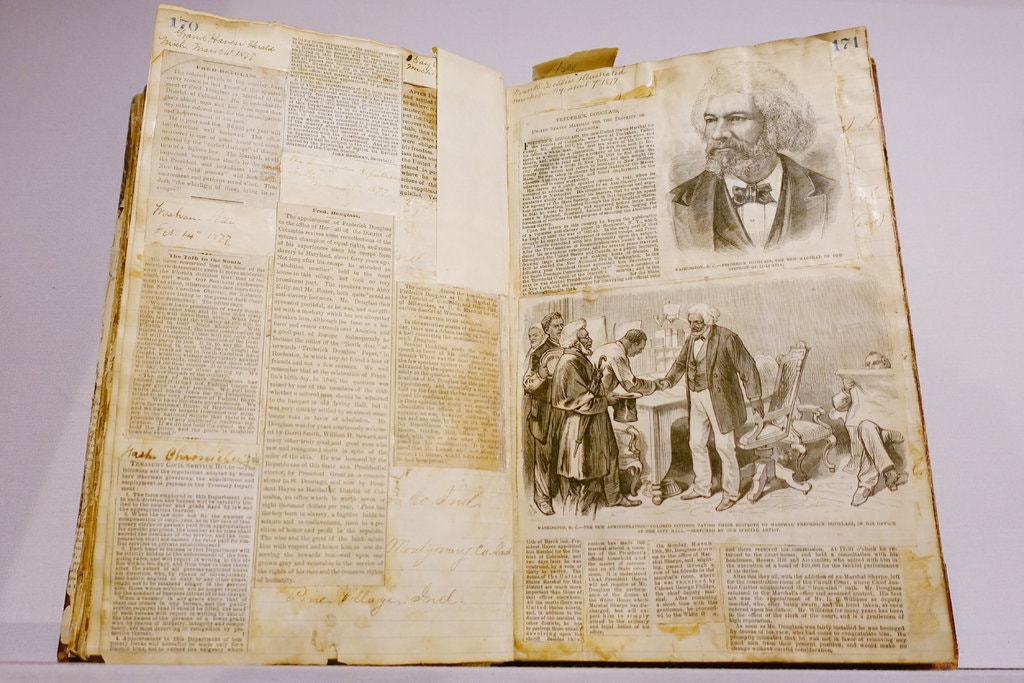 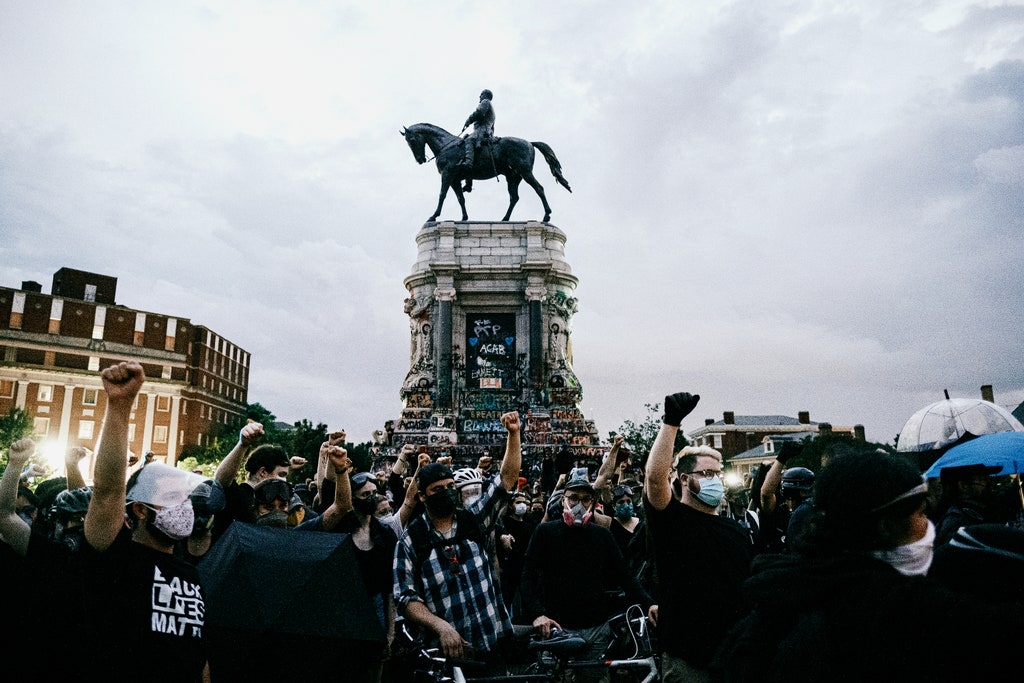 In November, 1989, when the Berlin Wall suddenly began to crumble and then fall, much of the world watched in awe. Could it be true that Communism was about to collapse? For seventy years, it had been a system, an ideology, that ordered large swaths of the globe. Now a whole vision of history—a vision meant to maximize freedom, but which had turned, over time, into tyranny—seemed to be leaving the stage.

Many people still possess, as I do, little pieces of concrete from the Berlin Wall. And many of us feel some awe in seeing, during these past few weeks, Confederate monuments in America likewise reduced to pieces, relics of the collapse, after a hundred and fifty-five years, of the public vestiges of the Lost Cause tradition. The summer of 2020, like the autumn of 1989, could mark the death of a specific vision of history. If so, it has taken a long, long night—to borrow from Robbie Robertson and the Band—to drive old Dixie down.

For several years, the Beinecke Library has marked the Independence Day holiday with a public reading in early July of the United States Declaration of Independence and the oration by Frederick Douglass given on July 5, 1852, in Rochester, New York, in which Douglass asked: “What, to the American slave, is your Fourth of July?”

These readings have been accompanied by an exhibition of the Beinecke Library’s first editions of both works, providing an opportunity to consider how these powerful words were put on paper to be shared across and beyond the United States. 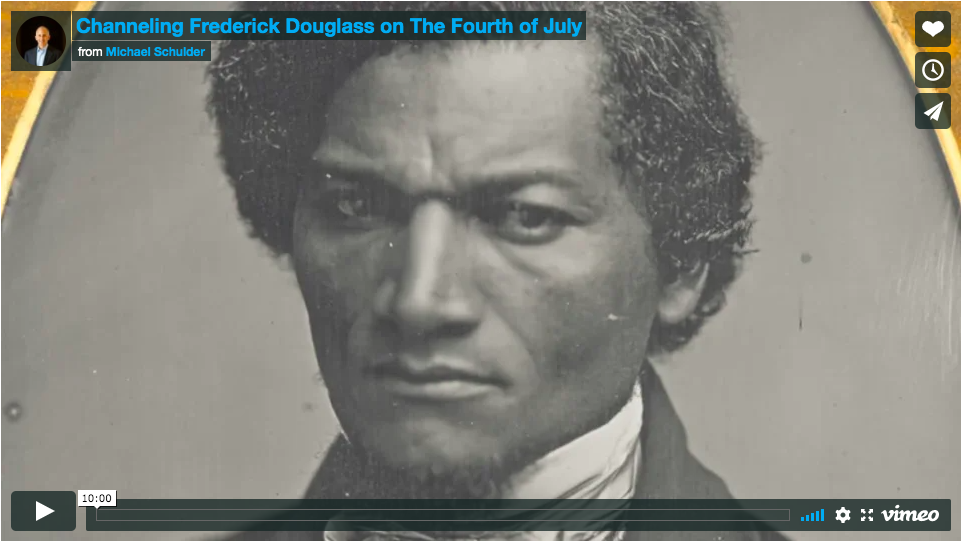 "...it was all about the pen and the voice ..."
On July 5th, 1852, Frederick Douglass delivered his greatest speech, to the Rochester Ladies' Anti-Slavery Society: "What to the Slave is the Fourth of July?"

Douglass lived his first 20 years as a slave, before escaping and making his way to the northeast. He began telling his story and preaching at an AME church in New Bedford. Abolitionist leaders discovered Douglass there and invited him to Nantucket, in 1841, to attend one of their regular anti-slavery gatherings on the island. It was on Nantucket -- at The Atheneum -- that Douglass would give his first public address to white abolitionists. 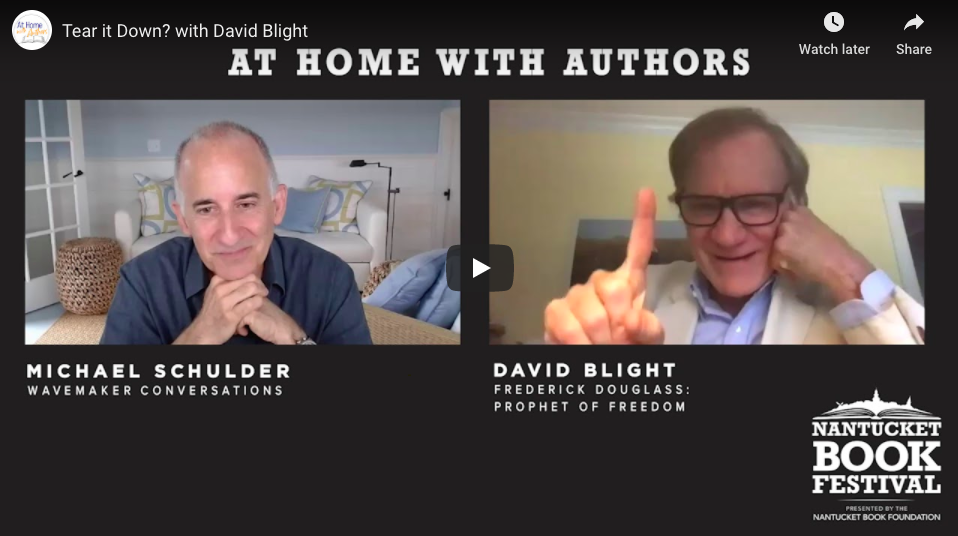 There's a new campaign to take down the Emancipation Memorial in Washington, DC. In an op-ed in today's Washington Post, Yale history professor David Blight says the statue of a standing Lincoln and a kneeling African American man is "a racist image." And yet, he writes, "Do not tear down this monument."

He proposes a third way -- inspired by the speech that the great orator and abolitionist Frederick Douglass gave about Abraham Lincoln at the statue's unveiling.

If we could travel back to that historic day, April 14, 1876, we would. Listening to David Blight for the next 18 minutes is the next best thing.