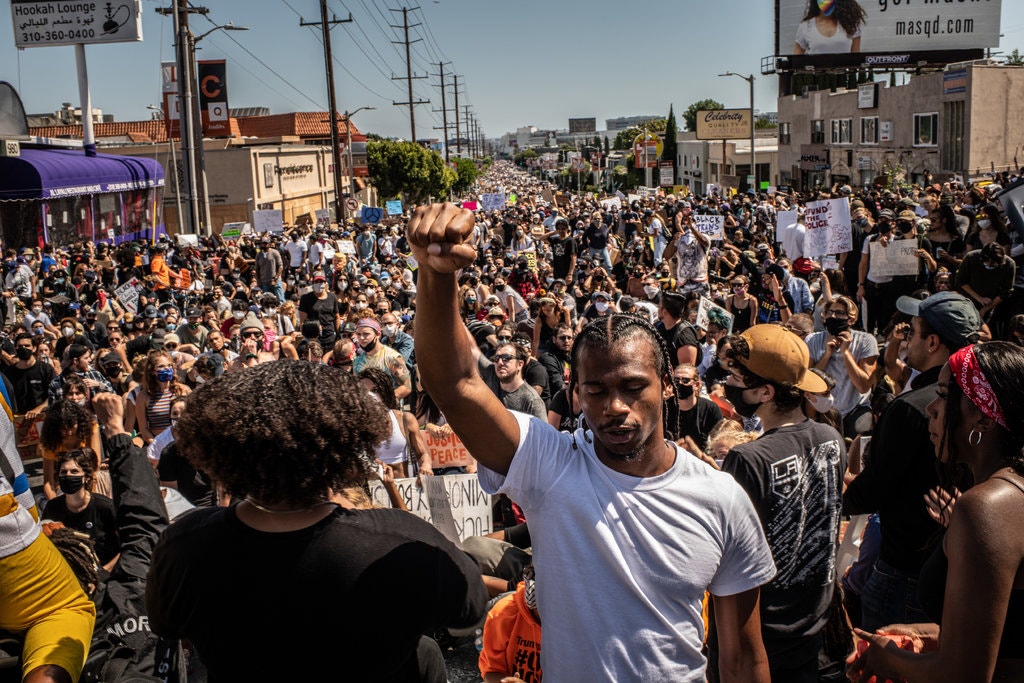 Yes, years of police killings of unarmed African-Americans had stacked up like dry tinder. True, George Floyd’s public murder furnished the spark. But freedom’s forge must finish its work while the coals are hot. This is the hour to reimagine what America could become if “We the People” meant all of us. America needs what this movement intends to do: change history, after which police training manuals will follow.

We have witnessed a multicolored and intergenerational uprising whose power grows more poised and peaceful by the day, winning support that reveals a newly mobilized majority in our midst. Let no one mistake peace for quiet, however, nor mistake the rage over police violence as ignoring the roots of policy violence and poverty violence. The ruthless indifference of our governments to the poor was clear well before Covid-19 laid it bare. 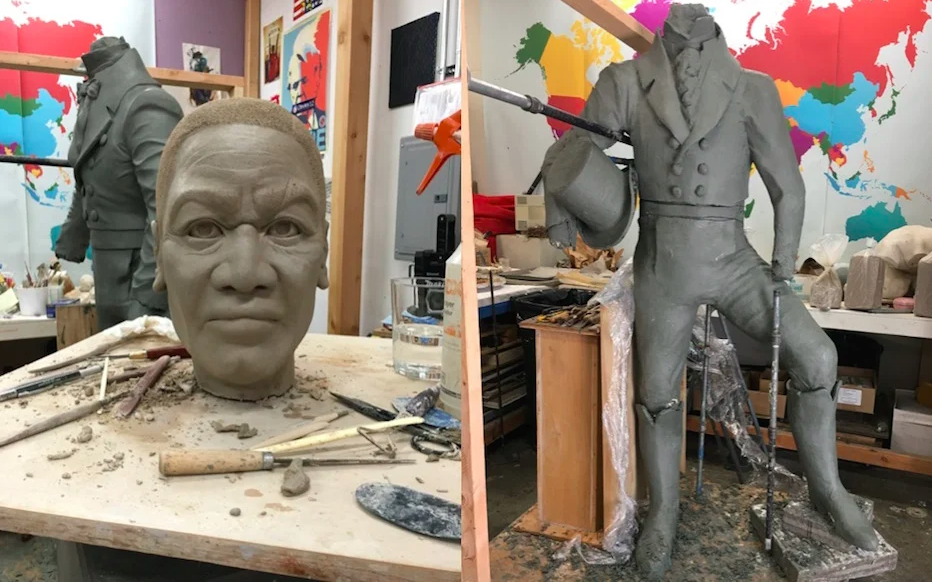 William Lanson is coming home. Not to the neighborhood he helped build—but to a city that has never been more ready for him.

A seven-foot, bronze statue of William “King” Lanson will soon grace a section of the Farmington Canal, where Ashmun and Lock Streets run up against the lip of Scantlebury Park. The project is a collaboration among the Amistad Committee, New Haven City Plan Department, and Oakland, Cal. based sculptor Dana King. A dedication is planned for late September.

It is part of the plan for a larger William Lanson Plaza, the timeline for which is still in the works. The plaza will include a timeline of Lanson’s life and work in New Haven, as well as the outline of "an historic canal boat," according to the RFQ. Lanson was responsible for building part of the Farmington Canal’s retaining wall; the plaza will sit close to what was once the northern terminus of the canal. 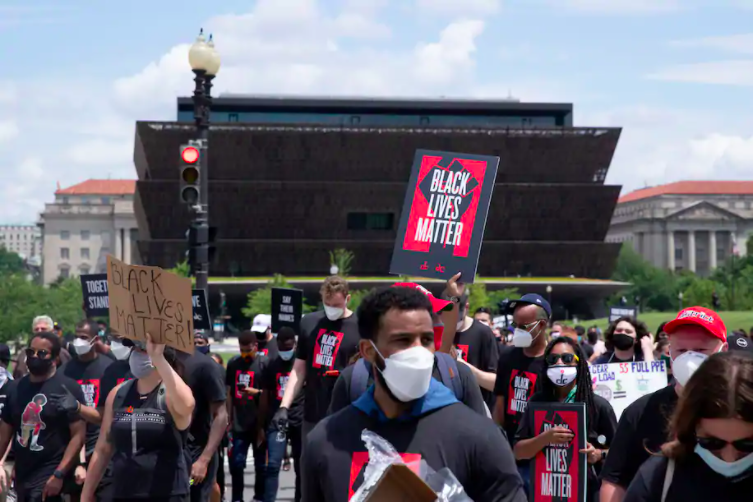 The nationwide racial and social justice demonstrations led by Black Lives Matter in reaction to the May 25 police killing of George Floyd, an unarmed black man in Minneapolis, have led to calls for overhauls in policing, criminal justice and, among other things, school curriculums.

Students have demanded — at protests and with petitions — that schools teach a true history of the United States that includes the racial injustice that has been embedded in American institutions since the country’s founding. One petition on Change.org has more than 20,000 signatures.

This post, written by educators Leslie Fenwick and Chike Akua, speaks directly to this issue. They first explain how they took a group of Rhodes Scholars — a prestigious and highly selective international fellowship program — to the National Museum of African American History and Culture in Washington, D.C., and discovered how little they knew about the subject matter. 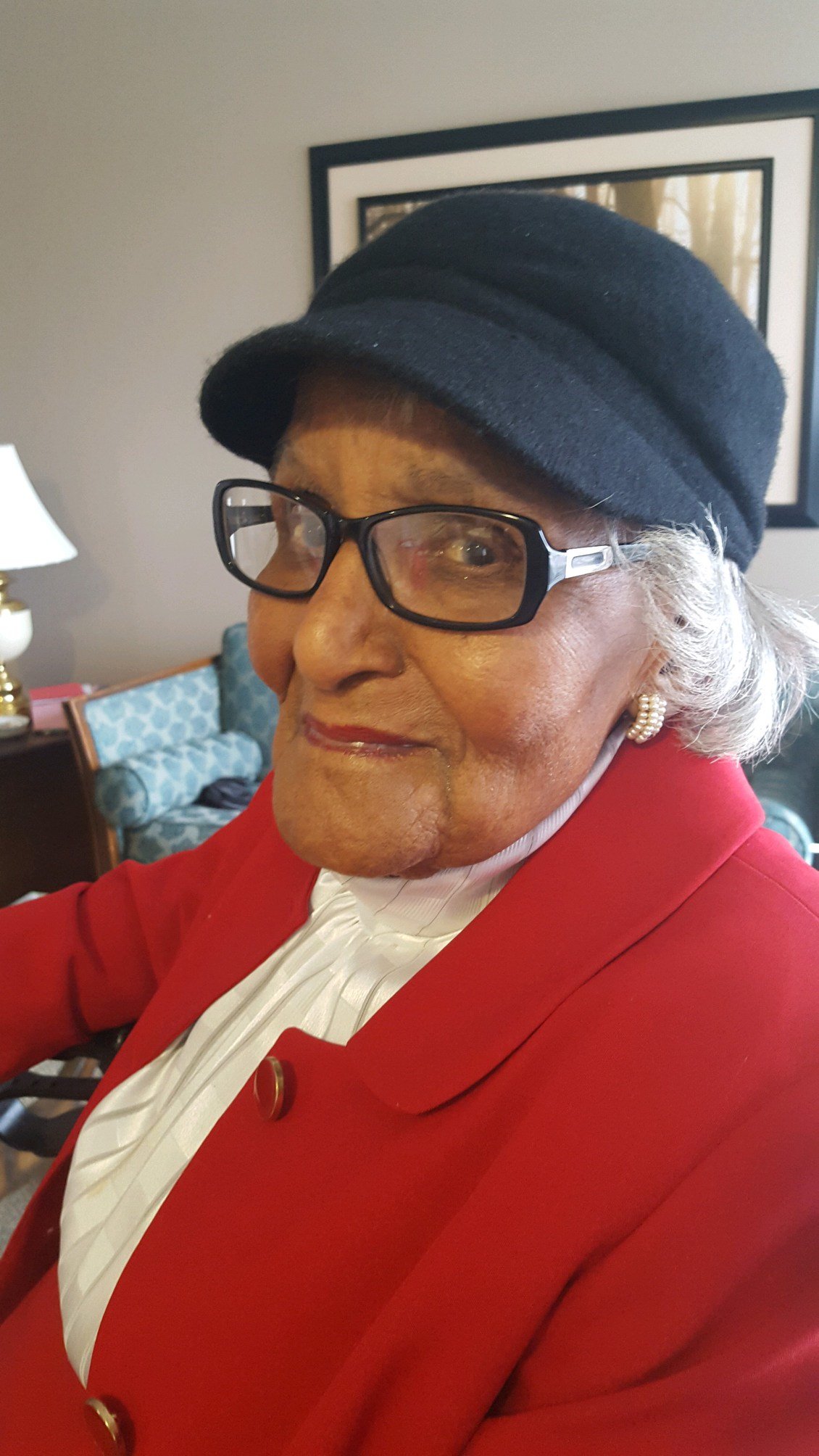 Ola Mae Spinks, a librarian and descendant of slaves who went to the Library of Congress in 1972 to bring order to a vast but scattered archive of interviews with former slaves, thus helping to preserve them for scholars, died on June 16 at her home in Southfield, Mich. She was 106.

Mrs. Spinks was a middle-school librarian in Pontiac, Mich., when she and Phyllis Williams, a friend and fellow librarian, spent the summer of 1972 as volunteers at the Library of Congress in Washington collating and indexing a daunting trove of paperwork about slavery in Alabama and Arkansas.

The trove — including newspapers articles, photographs and, most important, typewritten, edited transcripts of interviews with some 2,300 former slaves conducted by the New Deal-era Federal Writers’ Project — had been were left unorganized in file cabinets, boxes and baskets for years in the library’s Archive of Folk Song. (Documents from 15 other slave states had been organized and bound by 1941.)

The case for British slavery reparations can no longer be brushed aside
Afua Hirsch,  9 July 2020, The Guardian 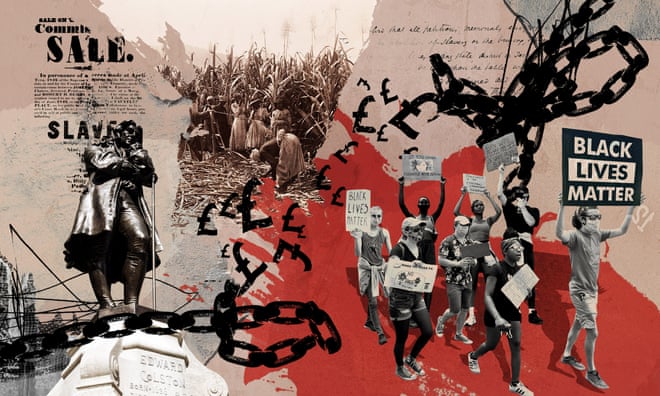 I once asked a British cabinet minister why the country had never apologised for the transatlantic slave trade. After all, this nation trafficked more enslaved Africans than almost any other – at least 3 million on British ships – yet it has only ever expressed “regret”. It’s a strange choice of words for playing a leading role in the greatest atrocity in human history.

The minister explained to me that the UK cannot apologise, because the case against it – watertight in moral and ethical terms – might then become legal too. In short, Britain won’t use the language of apology, out of fear this might pave the way for reparations.

That admission made me sit up and take notice. Because, passionate as I have always been about racial justice, I’m also not immune from the perception of reparations as – in the words of American writer Isabel Wilkerson – especially “radioactive”.

What Made Lucretia Mott One of the Fiercest Opponents of Slavery and Sexism
Kate Wheeling, Smithsonian Magazine, July 2020 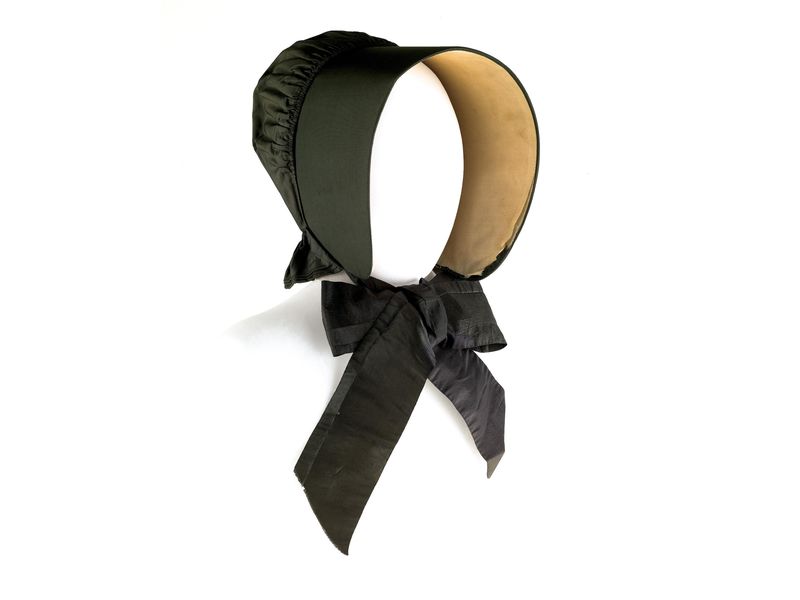 After the close of the 1840 World Anti-Slavery Convention in London, some 500 people gathered at the Crown & Anchor Meeting Hall in the city’s West End to drink tea and hear speeches from renowned abolitionists such as William Lloyd Garrison. Lucretia Mott, already the most famous white woman abolitionist in America, was present but had been barred from participating in the official convention because of her sex. But now the crowd began to chant her name.

Mott gave a speech, urging the friendly audience to boycott goods made with slave labor. Her own clothes that day, including her signature Quaker bonnet—hand-sewn green silk with a stiff cotton brim—were no doubt made from materials produced without slave labor, and this characteristically plain style of dress provided a contrast with the radical demands of her speeches. At a time when white women were largely bound to domestic work, Mott preached about progressive causes in cities across the United States and beyond, undeterred by the angry mobs that picketed her speeches and, on at least one occasion, marched on her home.

Mott espoused causes that extended far beyond feminism and emancipation, including religious tolerance and Native American rights. “Every humane movement for the last 40 years has known something of her aid,” the New York Herald wrote in 1872. 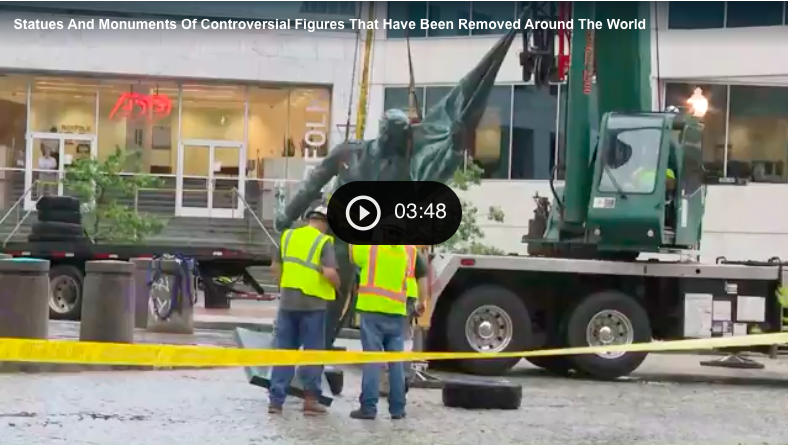 Monuments paying homage to white men who defended slavery and participated in the Atlantic slave trade are coming down around the world. The global protests against systemic racism and police brutality sparked by the murder of George Floyd in Minneapolis have led to these symbols of white power being banished from the public square.

In the United States, protesters and city workers have already removed statues in Alabama, Florida, Georgia, Kentucky, North Carolina, South Carolina, Tennessee, Virginia and other states, and this is only the beginning. Anti-racist demonstrators in Richmond, Virginia, for example, are currently fighting to take down a huge equestrian statue representing pro-slavery General Robert E. Lee, who was commander of the Confederate States Army. And roughly 700 Confederate monuments in the country remain.

Across the Atlantic, Black Lives Matter demonstrators toppled a statue of Edward Colston in June that was unveiled in the late 19th century in Bristol, England. Colston belonged to a rich family of merchants who made great profits trading in enslaved people and investing in sugarcane plantations in the West Indies. A few days later, the city of London removed a statue to the slave merchant, planter and slave owner Robert Milligan that had stood since 1813 where the West India Dock was located.