In the News: ‘Wearing a mask won’t protect us from our history’ #bigisms 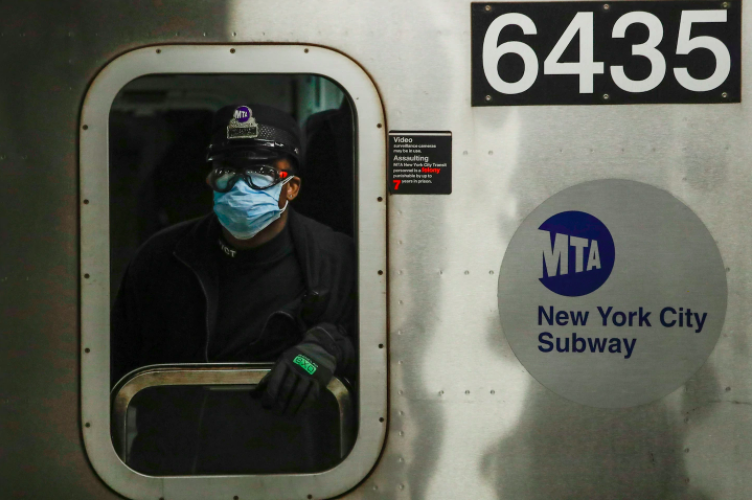 Alarming health department statistics from cities and counties in the Carolinas, Illinois, Louisiana, Michigan, New Jersey, New York and Wisconsin show that black people are getting sicker and dying at higher rates from the novel coronavirus than white people. Although the federal government hasn’t yet released data on the pandemic and race, the disparity looks likely to be a national trend, exacerbated by a combination of biased white doctors, black people’s well-documented distrust of the medical community and the failure to aggregate and properly report out data on the sick and dying.

Even President Trump has noticed. “Why is it that the African American community is so much, you know, numerous times more than everybody else?” he asked on Tuesday, adding: “It doesn’t make sense, and I don’t like it.”


Tales of a civilized slavery
Danê Jaheem Sosaba, April 2020, Africa Is a Country 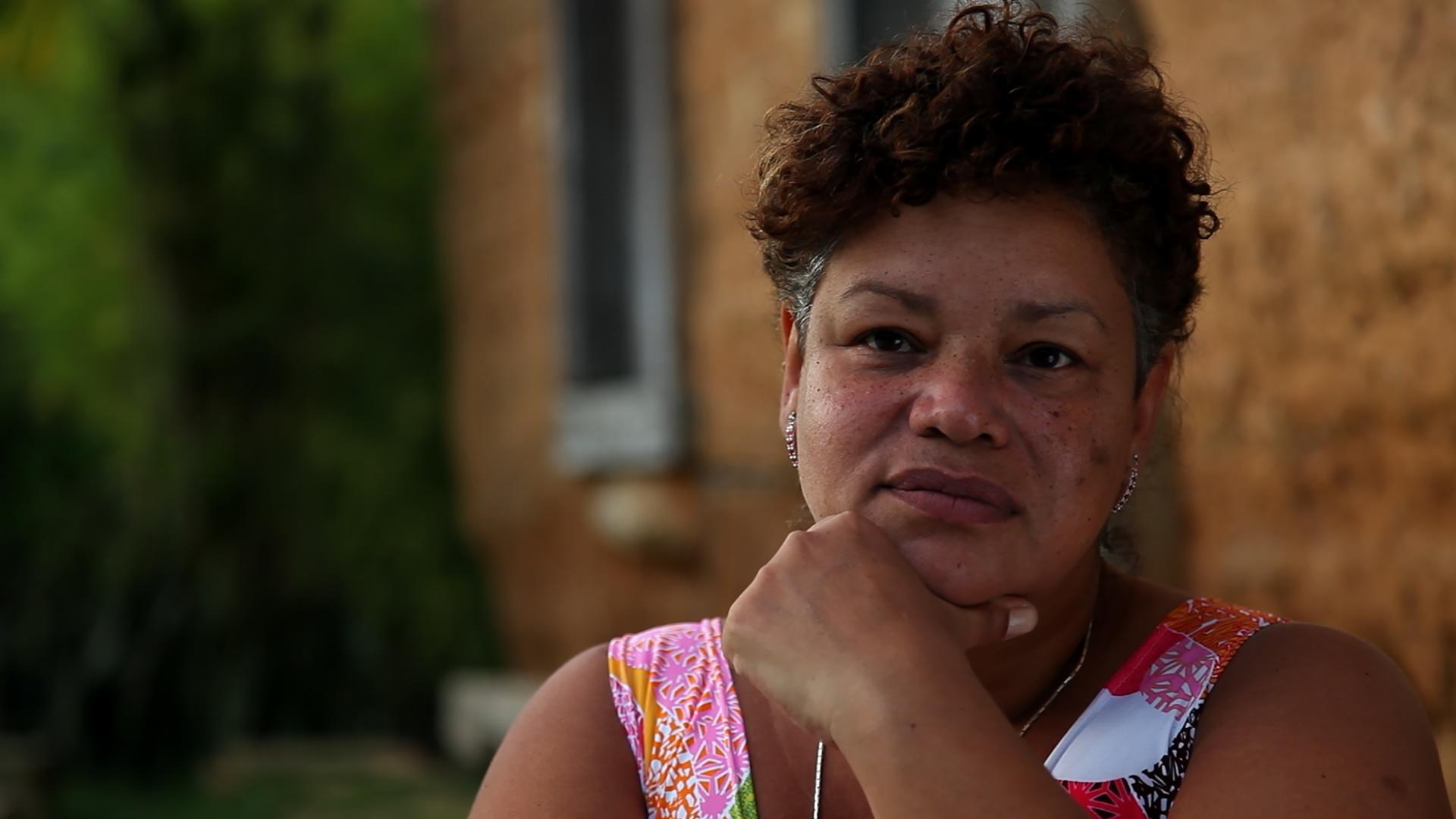 Gilda Brasileiro is a chemist who lived a comfortable life in Rio de Janeiro’s famous district of Ipanema. She leaves this life behind to go live in the calm small town of Salesópolis, in the countryside of Brazil’s São Paulo State. There she finds that the place she chose to take a quiet break from the megacity has its own history of unleashing terror upon her black ancestors. Soon she starts research into this violent history and in the process sheds light on a part of Brazil’s dark and gory soul. Brasileiro is the subject of directors Roberto Manhães Reis and Viola Scheuerer’s Gilda Brasileiro—Against Oblivion, a documentary film that explores the motivations and ambitions behind both official and popular narratives of Brazil’s history of slavery and racism.

Her research into the town’s past starts with a look into the history of Dória Road, an old slave traders’ road in her new home. She reminds us that while the transatlantic slave traffic to Brazil was banned in 1831, Dória Road was constructed in 1832, one year later, which made the road clandestine. It also turns out that certain people held up as heroic figures in the town’s history, were actually brutal slave masters and traffickers. They include the priest for whom the road was named as well as former army official, Captain Pereira, praised in official accounts of the town’s history. Gilda tries to prove, using old documents, that Pereira’s slaves were the ones who constructed Dória Road. This doesn’t go down well with the town’s present white residents, who claim that Pereira never held any slaves and should be admired for his efforts in developing the region during the nineteenth century.

Erased from utopia: the hidden history of LA's black and brown resistance
Mike Davis and Jon Wiener, 15 April 2020, The Guardian 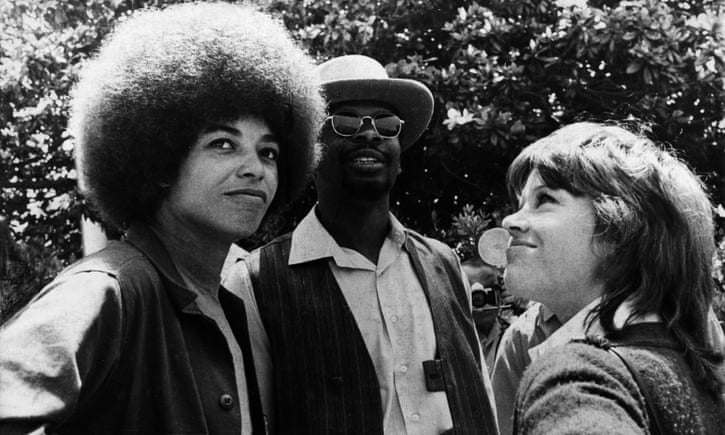 In August 1965, thousands of young Black people in Watts set fire to the illusion that Los Angeles was a youth paradise.

Since the debut of the TV show 77 Sunset Strip in 1958, followed by the first of the Gidget romance films in 1959 and then the Beach Boys’ Surfin’ USA in 1963, teenagers in the rest of the country had become intoxicated with images of the endless summer that supposedly defined adolescence in southern California.

Edited out of utopia was the existence of a rapidly growing population of more than 1 million people of African, Asian, and Mexican ancestry. Their kids were restricted to a handful of beaches; everywhere else, they risked arrest by local cops or beatings by white gangs. As a result, Black surfers were almost as rare in LA as unicorns. Economic opportunity was also rationed.

During the first half of the 60s, hundreds of brand-new college classrooms beckoned to white kids with an offer of free higher education, while factories and construction sites begged for more workers. But failing inner-city high schools with extreme dropout rates reduced the college admissions of Black and brown youth to a small trickle. Despite virtually full employment for whites, Black youth joblessness dramatically increased, as did the index of residential segregation. If these were truly golden years of opportunity for white teenagers, their counterparts in South Central and East LA faced bleak, ultimately unendurable futures.

The People Who Risked Death for Immunity
Sarah Zhang, April 16, 2020, The Atlantic 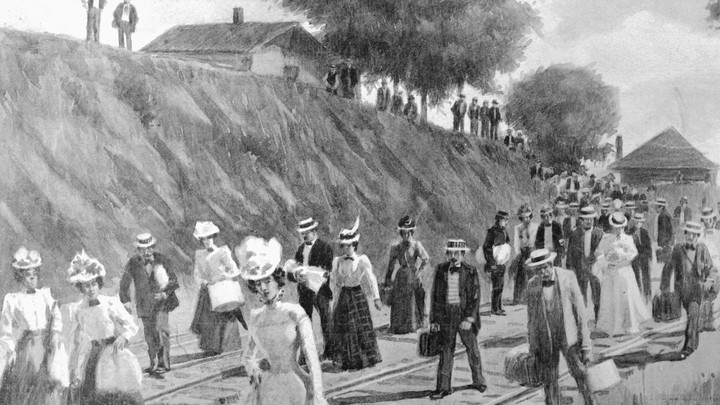 When a young man named Isaac H. Charles arrived in yellow-fever-ravaged New Orleans in 1847, he did not, as one might expect, try to avoid the deadly disease, which killed as many as half of its victims at the time. He welcomed yellow fever—and, more importantly, the lifelong immunity he would have if he survived it. Luckily, he did. “It is with great pleasure,” he wrote to his cousin, “that I am able to tell you with certainty, that both [my brother] Dick & I are acclimated.”

For men like Charles, “acclimation,” to use the language of the time, was not so much a choice. It was the so-called “baptism of citizenship,” the key to entry to New Orleans society. Without immunity to yellow fever, newcomers would have difficulty finding a place to live, a job, a bank loan, and a wife. Employers were loath to train an employee who might succumb to an outbreak. Fathers were hesitant to marry their daughters to husbands who might die. The disease is caused by a virus spread through mosquito bites, and it causes chills, aches, vomiting, and sometimes jaundice, which gives yellow fever its name. The people of 19th-century New Orleans did not fully understand the biology of the disease, of course, but they noticed that their fellow residents seemed to become immune after a first bout. Thus, even the president of the New Orlean’s Board of Health once proclaimed in a speech, “The VALUE OF ACCLIMATION IS WORTH THE RISK!”

The outbreaks exacerbated existing forms of inequality too. New immigrants to the city disproportionately bore the risks of acclimation to yellow fever, eager as they were to find jobs. (The wealthy, meanwhile, emptied out of the city during summer yellow-fever season.) Enslaved people who were acclimated were worth 25 percent more—their suffering turned into financial benefit for their owners. “Diseases lay bare who belongs in society and who does not,” says Kathryn Olivarius, a Stanford historian who studies yellow fever in the antebellum South.

‘Wearing a mask won’t protect us from our history.’
Eli Saslow, April 11, 2020, The Washington Post 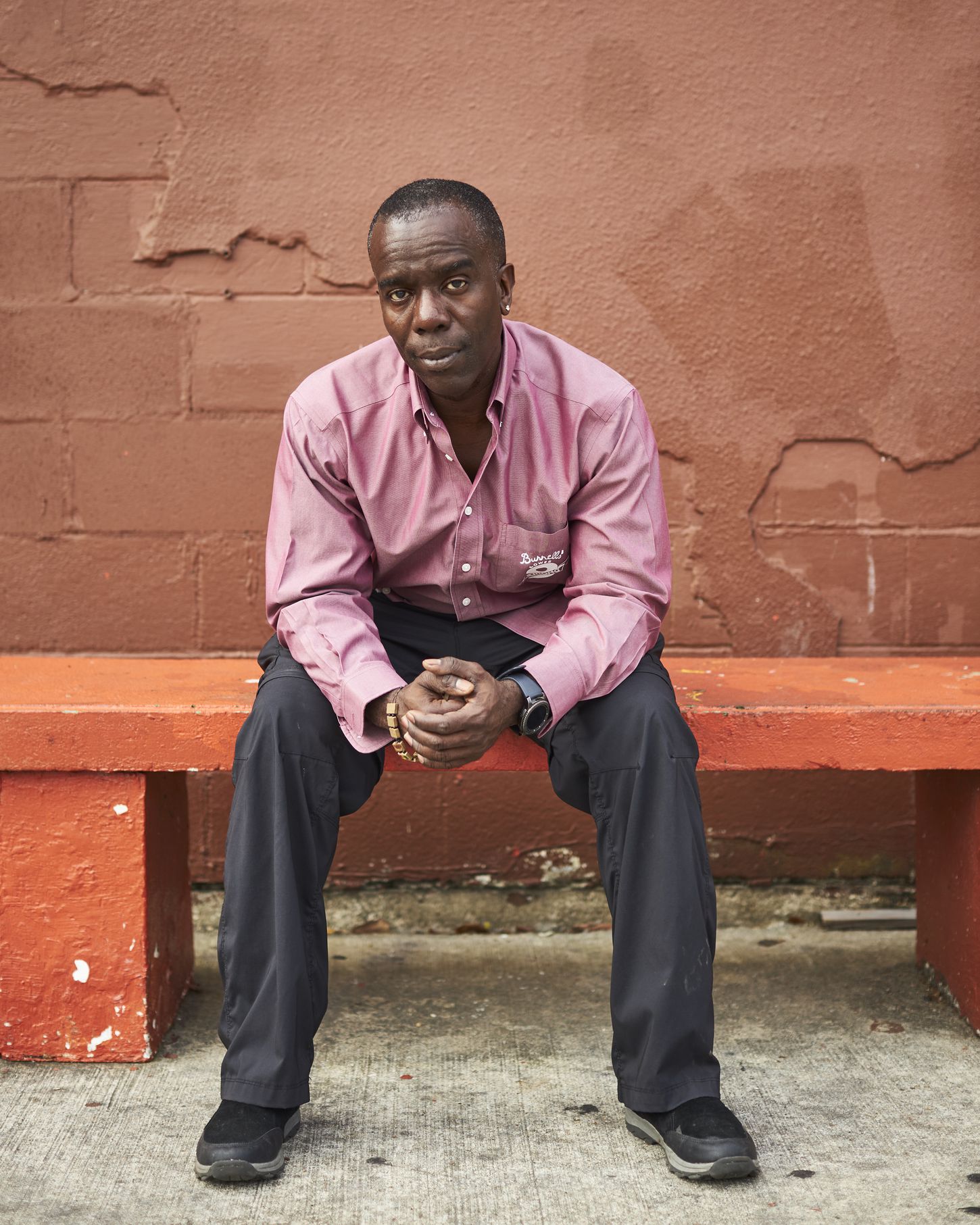 I know every person who comes into this store, and they know me. Burnell’s Market. It’s my name above the door. These are my neighbors, but now we’re eyeing each other like strangers, paranoid and suspicious. “Don’t stand so close.” “Don’t breathe too heavy.” “Just drop the groceries in the trunk and walk away.” Some people have started sliding money back and forth across the counter with a plastic spoon.

Everybody’s scared of everybody in a grocery now. There’s so much fear, and I get it. I’m scared, too. But what bothers me more is the desperation.

This is the only fresh grocery in the Lower Ninth Ward of New Orleans, so pretty much everybody’s a regular. They come for cigarettes or a biscuit on their way to work. Its mostly tourism jobs down here — Bourbon Street, the big hotels, and restaurants downtown, and those places have closed up in the last month. At least half my customers have lost jobs. They come to the register counting food stamps, quarters, and dimes. I keep telling them, “It’s okay. I’m not in a hurry. Take your time. Stop apologizing.” I had somebody barter me last week over a 70-cent can of beans. I used to sell two pieces of fried chicken for $1.25, and I cut it to a dollar. 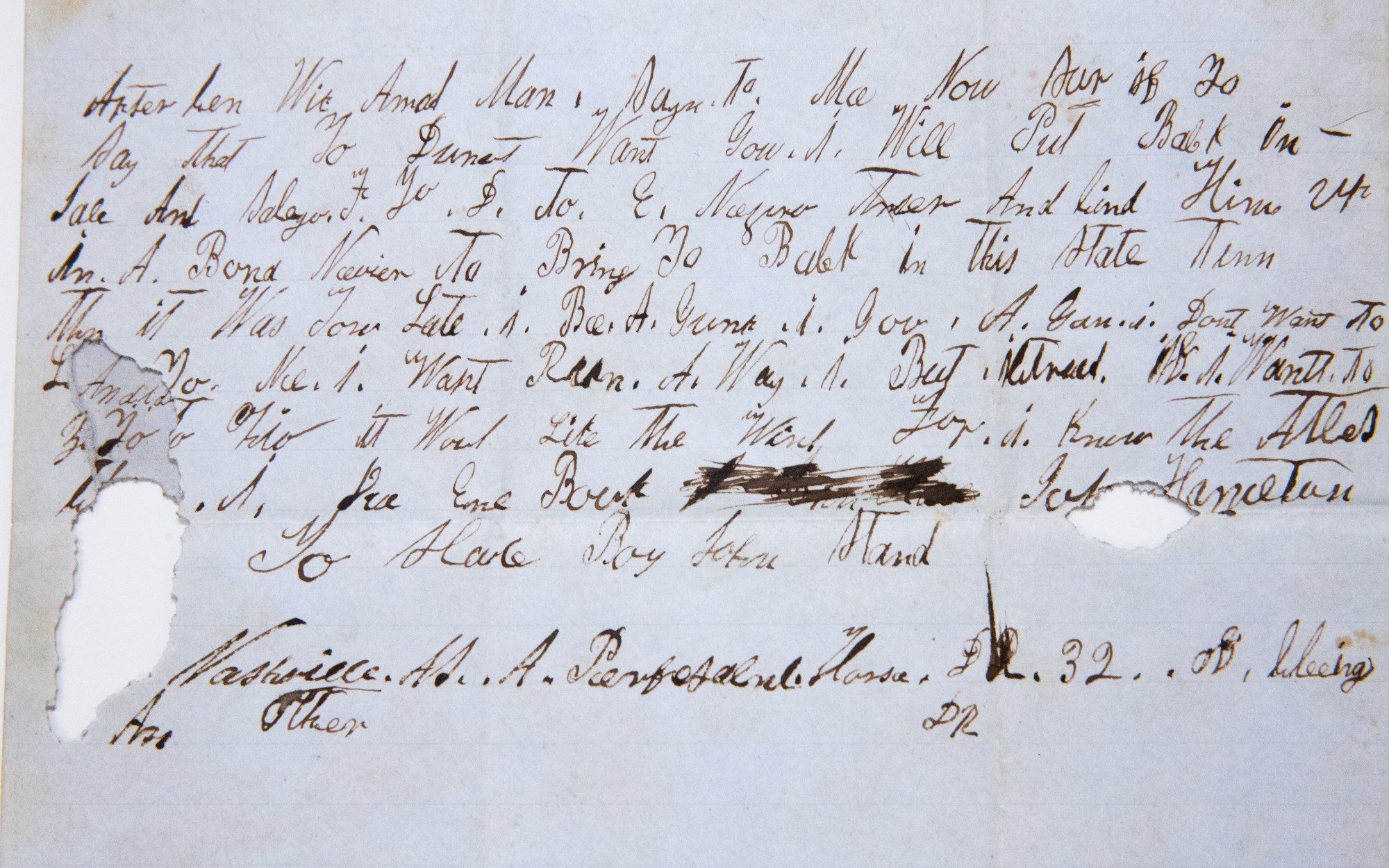 Siblings Nancy Bruns and Lewis Payne stumbled upon the trove of documents in 2013 after reviving the family salt business on the same farm where their ancestor William Dickinson lived and worked in the 1800s. The duo are seventh-generation descendants of Dickinson, the shrewd businessman who helped develop the region’s booming salt industry.

The documents and other items, such as photographs and vials of salt, stashed away in the attic and spread throughout the old office building, paint a picture of familial tenacity. For more than 200 years, the business evolved for survival, stretching across salt, chemical industries, land holding and banking.