In The News: Inequality by design #bigisms #blackplague #racism 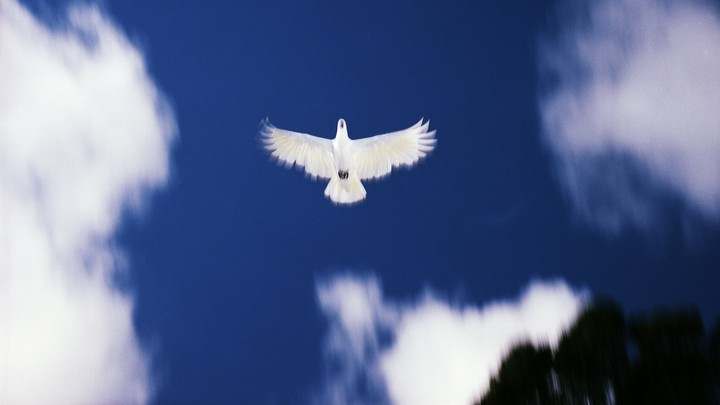 Those with power who are planning our resurgence from the coronavirus need imagination and, above all, the humility of a long view of the human drama. To buoy myself one recent morning, after reading so much bad news, I did what the great abolitionist Frederick Douglass had done at an earlier moment of crisis: I sat and reread the Book of Genesis. One of the most profound rebirths, at least in spiritual and literary terms, occurs in the first eight chapters of that oldest story of all.

All over our culture and in journalism right now, we are encountering metaphors of renewal, revival, restoration, and rebirth. For a host of historical reasons, Americans borrowed the grand idea of rebirth after destruction and then made it their own.

Some narratives of renewal are constructed with an authentic sense of tragedy, an understanding that in our nature is the capacity for great good and great evil. These accounts have the chance to convey real hope. Some stories of renewal, though, are puerile, inauthentic, and ignorant. One can witness this every evening in presidential news briefings that, if nothing else, should convince teachers and researchers at all levels of why their work matters. 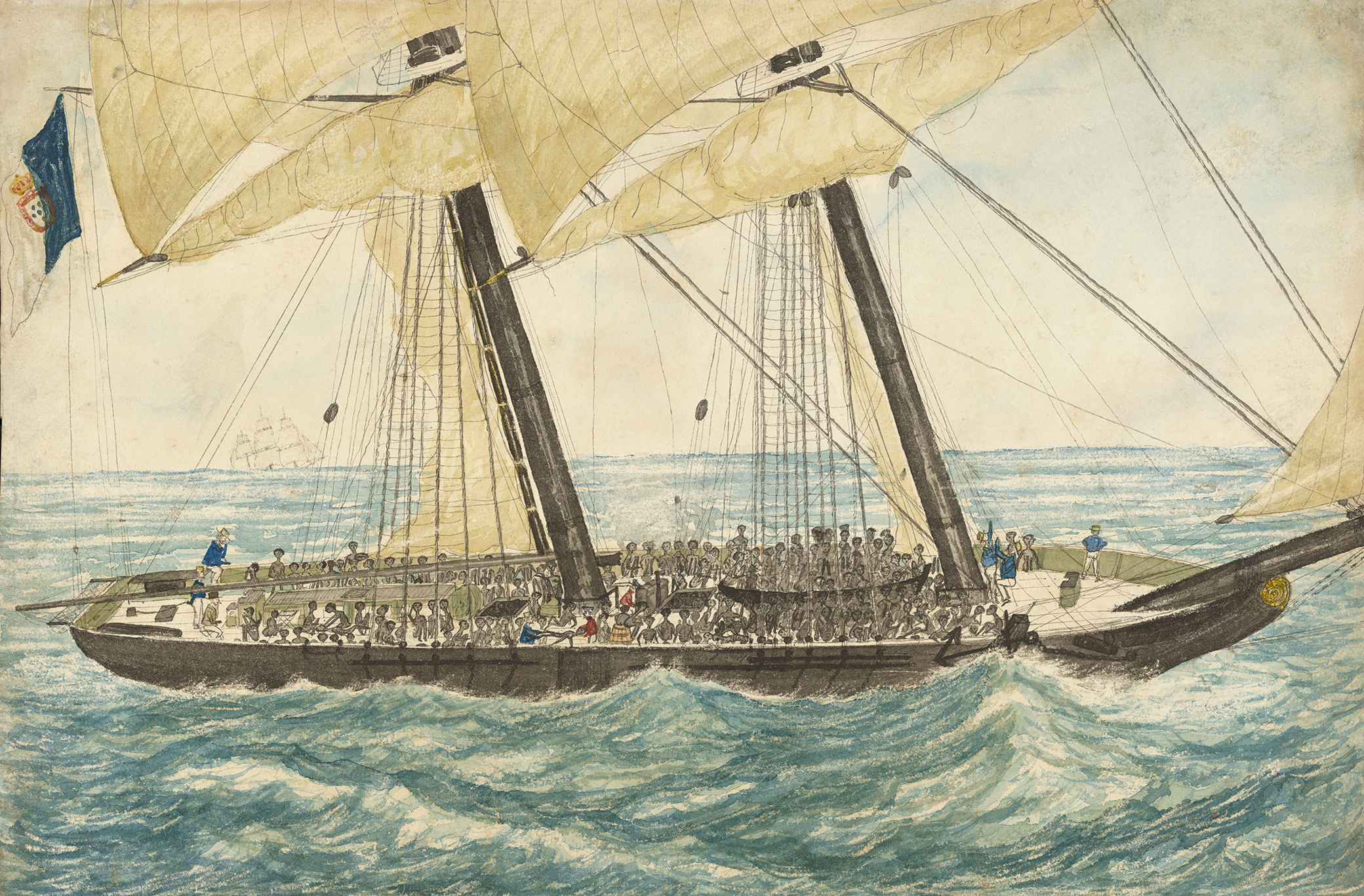 On May 5, 1825, the crew of the French brig Le Jeune Louis gathered together shortly after their surgeon, Denis Béjaud, died of dysentery, the same disease that had killed the ship owners’ representative on board, Jean-Baptiste Ménard, less than two weeks before. Probably sitting around a table in the captain’s cabin, they set out to write and sign a short declaration in which they explained the despairing situation they found themselves in. As they sailed in the vicinity of Ascension Island heading for Cuba with a human cargo in their hold, they lamented the ravages that dysentery and ophthalmia had caused both to themselves and to the slaves. Affected by these two diseases—and probably also by others they did not mention—they attempted a head count of the remaining Africans, noting that out of the 344 they had embarked near Cape Formosa in the Bight of Biafra, 304 remained alive, but were all suffering from one or more diseases. At sea, far from their desired destination, and being “unable of caring for the cargo, and hardly able to maneuver the vessel” due to the blindness caused by the ophthalmia, they probably thought that all was lost, as each of them signed his name on the small sheet of paper.

Dale Singer reviews Walter Johnson’s The Broken Heart of America: St. Louis and the Violent History of the United States 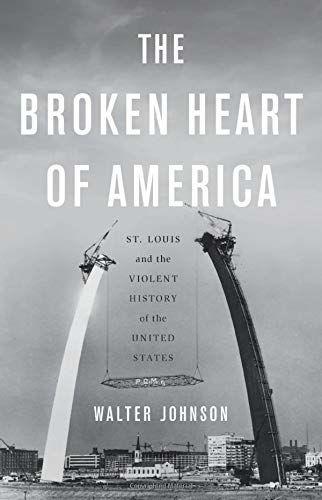 Photos of the Gateway Arch, either completed or in various stages of construction, typically are used to spotlight the role of St. Louis as the Gateway to the West, a key factor in the nation’s growth and the region’s heritage and importance.

But the cover photo of this exhaustive examination of the area’s role in race relations is clearly designed to tell a different story. It shows the monument unfinished, with the north and south legs yet to be joined at the top, under the words “Broken Heart” and framing the subtitle “St. Louis and the Violent History of the United States.”

Hyperbole? Absolutely. Even for people who have spent their whole lives in this area, Walter Johnson’s way of connecting the dots of racial strife across the American centuries, and having the message spell out St. Louis, will throw a new, not particularly flattering light on familiar events. Readers of “The Broken Heart of America” will never view the history of the region the same way again. 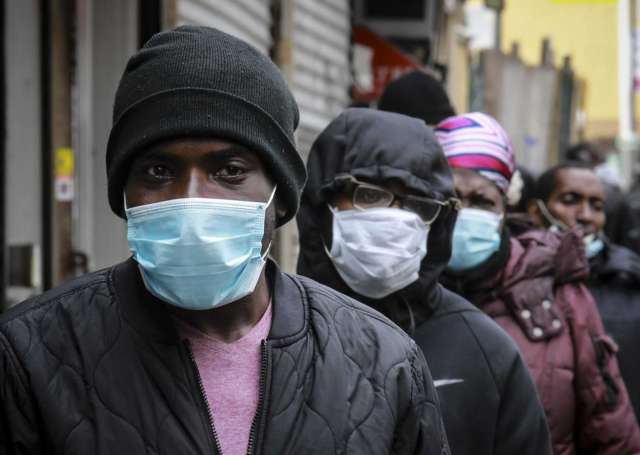 In 1793 Philadelphia was assaulted with the worst recorded case of yellow fever in the new nation’s history. Respected Philadelphian Benjamin Rush — considered the “Father of American Medicine” and also a Founding Father who was the country’s preeminent physician — took the lead in helping to create public health awareness about the devastating disease. Rush asked ministers Richard Allen and Absalom Jones, two of the city’s most respected black leaders, to rally black Philadelphians to help yellow fever patients. Members of the black community answered the call. They served as grave diggers, nurses, garbage collectors and a host of other jobs during the epidemic. Rush did so because he believed African Americans were not as susceptible to the disease and might be immune to Yellow Fever.

The death toll numbers revealed how wrong Dr. Rush’s beliefs were about supposed black immunity from yellow fever. Five thousand Philadelphians died and nearly 10 percent of those who died were black residents.. In response to the disproportionately large numbers of deaths in the African American community, many of whom were on the front lines assisting the sick, a white publisher Matthew Carey wrote a damning pamphlet that berated black Philadelphians as conniving thieves who robbed the houses of those they cared for as nurses and caregivers during the epidemic. The pamphlet was in its fourth printing by the time the Reverends Richard Allen and Absalom Jones published a rebuttal to Carey’s racist argument against the city’s black citizens.

What a White-Supremacist Coup Looks Like
Caleb Crain, April 20, 2020, The New Yorker 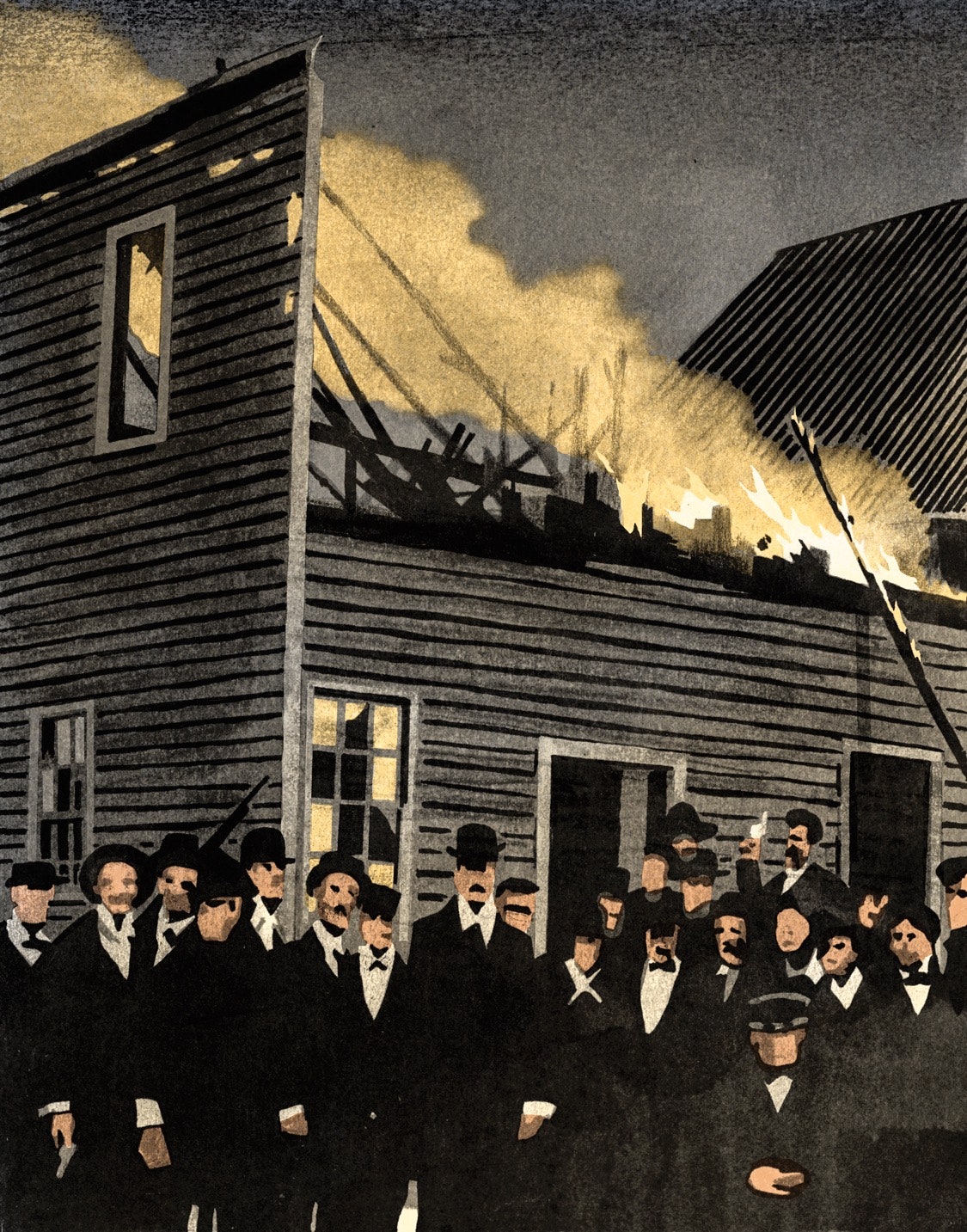 On November 10, 1898, just after Election Day, white supremacists overthrew the city government of Wilmington, North Carolina, forcing the resignation of the mayor, the aldermen, and the chief of police. A mob of white people burned down the office of an African-American newspaper and killed an unknown number of black townspeople. An eyewitness believed that more than a hundred died, and a state guardsman recalled, “I nearly stepped on negroes laying in the street dead.” In Wilmington’s Lie (Atlantic Monthly), a judicious and riveting new history of the coup, David Zucchino, who won a Pulitzer Prize for his reporting from apartheid-era South Africa, estimates the number of deaths at more than sixty. The conspirators went on to expel prominent blacks from the city—by means of threats in some cases, and under armed guard in others—and also white politicians unsympathetic to the cause. The plan was hatched in secret, but the conspirators were remarkably open about the coup once it began. A reporter from out of town marvelled, “What they did was done in broad daylight.”

No conspirator was ever prosecuted, and white supremacists went on to alter state law so as to disenfranchise black people for more than two generations. There were more than a hundred and twenty-five thousand registered black voters in North Carolina in 1896, but only six thousand or so were still on the books by 1902. African-Americans fled Wilmington in large numbers, decimating what had been a large, thriving community. Before the coup, the city was majority black—at one point, it had the highest proportion of African-American residents of any large city in the South—and had several racially integrated neighborhoods. A visitor from Raleigh remembered black homes as having pianos, lace curtains, and servants. By the time of the 1900 census, a majority of its citizens were white. 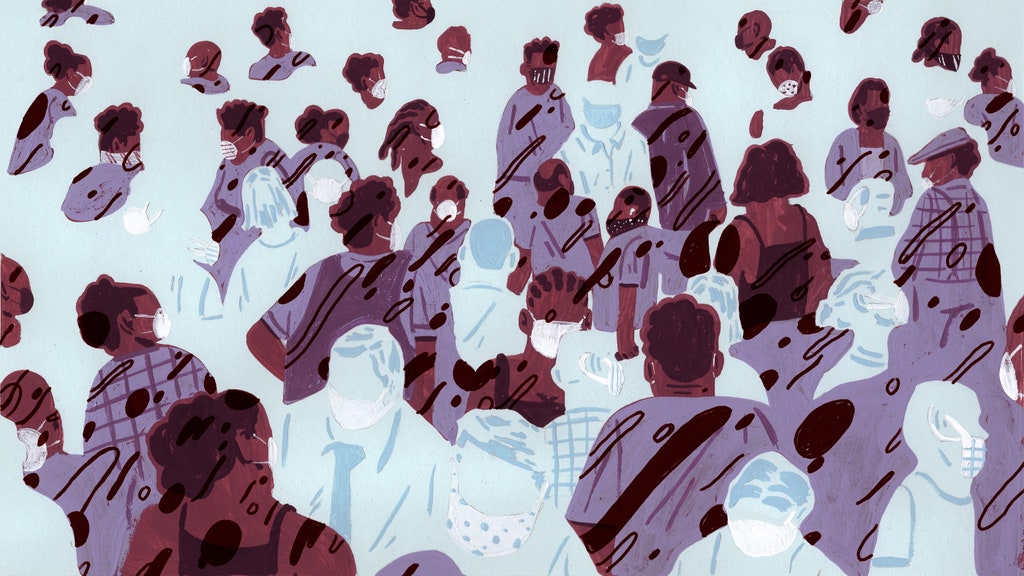 
Thousands of white Americans have also died from the virus, but the pace at which African-Americans are dying has transformed this public-health crisis into an object lesson in racial and class inequality. According to a Reuters report, African-Americans are more likely to die of covid-19 than any other group in the U.S. It is still early in the course of the pandemic, and the demographic data is incomplete, but the partial view is enough to prompt a sober reflection on this bitter harvest of American racism. 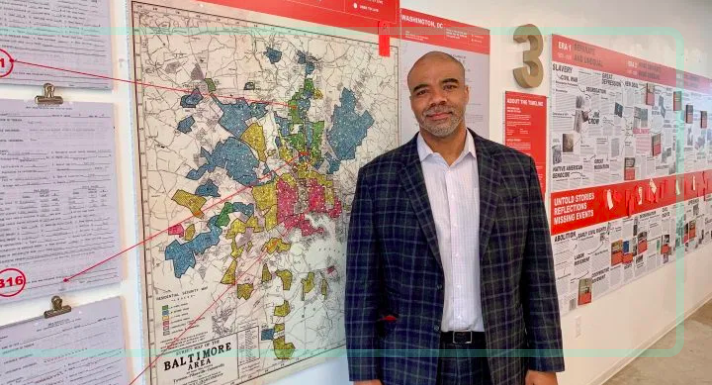 One thing we know for certain about the COVID-19 crisis is that the pain will not be shared equally. Wealth can determine everything from the quality of healthcare people can access to how well they can ride out a job loss. And inequality is baked into the system.

The average white household today has nearly ten times the wealth of a black household. And one reason for that goes back almost a century to the practice of redlining, restricting lending in certain neighborhoods based on race.

Redlining has been illegal for decades, but an exhibit traveling around the country aims to show how that policy continues to shape our economy today. It’s called Undesign the Redline.

On a recent morning before social distancing measures took effect, Nathan Connolly visited the exhibit at Impact Hub Baltimore, a social justice-oriented co-working space and incubator. Connolly is a history professor at Johns Hopkins University and an expert on race and capitalism. As young people chatted over coffee and worked on their laptops, Connolly stood examining an old street map of Baltimore.