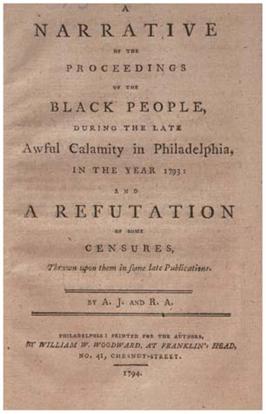 Bishop Richard Allen’s account,  A NARRATIVE of the proceedings of the Coloured People during the awful calamity in Philadelphia, in the year 1793; and a refutation of some censures thrown upon them in some publications, is available on the Documenting the American South website.
Big Isms
LT
Author, Mosaic Artist, Blogger, wildly curious