The Epidemics America Got Wrong
Jim Downs, March 22, 2020, The Atlantic 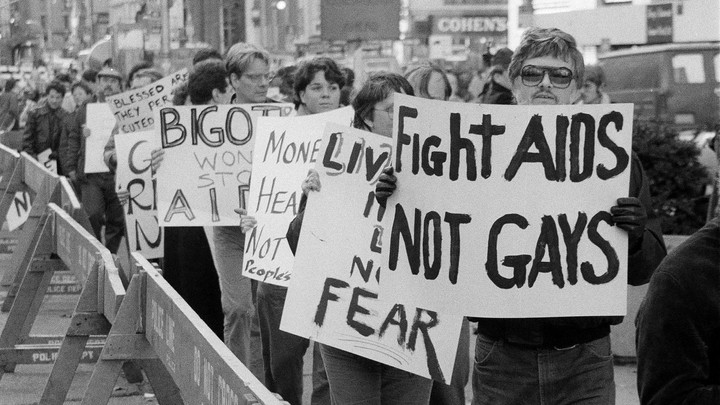 By late March 1863, hundreds had died in Alexandria, Virginia. The mortality rate had almost doubled in just one night, and even quadrupled in other parts of the country. Three thousand people were dead in less than a month in North and South Carolina. The numbers in Louisiana, Georgia, and parts of Mississippi were equally as high. As a smallpox epidemic tore through the country, more than 49,000 people died from June 1865 to December 1867, the years an official count was kept.

Smallpox exploded at this time not because of a lack of protocols or knowledge—a vaccine even existed—but because political leaders simply didn’t care about the group that was getting sick. Government inaction or delay—due to racial discrimination, homophobia, stigma, and apathy—have shaped the course of many epidemics in our country. In the 1980s, for example, HIV spread as the government barely acknowledged its existence.

Now the United States is facing the coronavirus pandemic. Once again, the threat a disease poses has been magnified by the slow speed with which the government has reacted. And although this disease is not concentrated within any one community, it is poised to exacerbate existing inequalities. The lesson of past outbreaks of infectious diseases is that public officials must take them seriously, communicate honestly, and tend to the most vulnerable. If the United States has not always lived up to that standard, we now have the perfect opportunity to apply the lessons of our past mistakes. 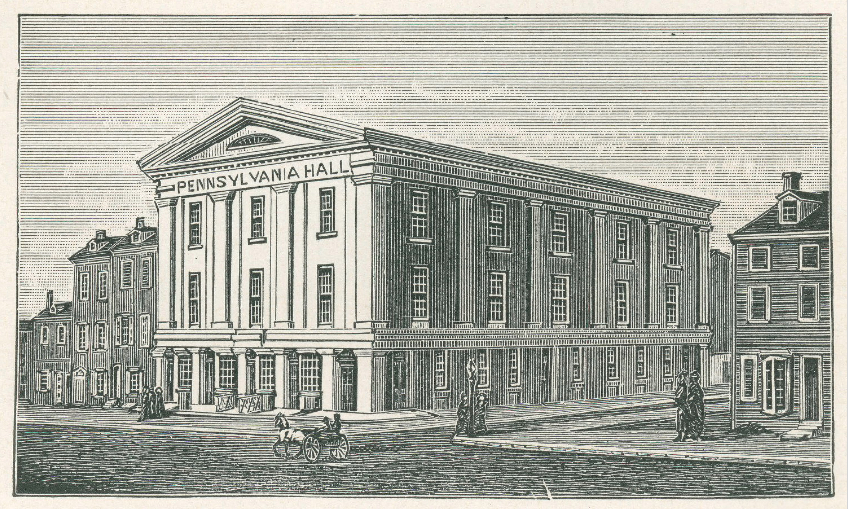 As a Hidden City Daily reader, you are already well aware that Philadelphia has a penchant for demolishing historic buildings. Each year, we publish a list of the most significant buildings lost in the previous 12 months. Some were quirky and whimsical such as the Columbus Square Pavillion knocked down by the Department of Parks and Recreation in December 2019. Others were worn out, but represented significant memories for city residents like the Spectrum that was imploded in 2011. In honor of Women’s History Month, let’s take a look at a spectacular four-story colonnaded edifice that stood for less than a week before it was lost. In this case, however, the cause of the destruction was neither the wrecking ball nor large amounts of dynamite. It was a combination of racism, misogyny, and greed that doomed Pennsylvania Hall, a building that opened on May 14, 1838 and was irreparably destroyed three days later.


Being the Quaker City, our town was a hub of abolitionist organizing and a busy station on the Underground Railroad. The Pennsylvania Abolition Society, founded in 1775, is the oldest such organization in the country. The American Anti-Slavery Society was established here in 1833. When women were forbidden to join, they formed the Philadelphia Female Anti-Slavery Society, an interracial abolitionist group.

Less widely known about Philadelphia, however, is that our city was also a hotbed of pro-slavery sentiment. As the first big city north of the Mason-Dixon Line, Philadelphia had well-established social ties to the South. Our medical schools trained southern doctors. Philadelphia elites mixed with southern gentry in Cape May and other tony resorts. 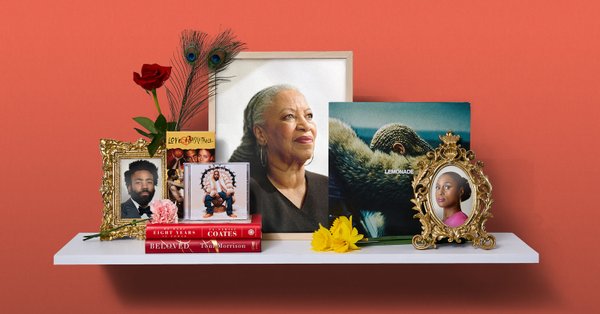 It’s the first time since the 1970s that black art, history and political life have come together in such a broad, profound and diverse way. That convergence was evident in the farce of “Chappelle’s Show”; on the pair of albums D’Angelo released 14 years apart. You can see the imprint of the Barack Obama presidency on “Black Panther”; Black Lives Matter on Beyoncé; the country’s prison crisis on Kendrick Lamar. You can sense that convergence haunting the fiction of Jesmyn Ward.

For eight years, all sorts of black artists sailed through the White House, and shaped the depiction of black America, by thinking transcendently, trenchantly, truthfully. They adjusted the way the entire country can look at itself.

So we asked 35 major African-American creators from different worlds (film, art, TV, music, books and more) to talk about the work that has inspired them the most over the past two decades: “Atlanta,” “Moonlight,” “Get Out,” “A Seat at the Table,” “Double America 2,” and on and on. These are edited excerpts from the conversations. 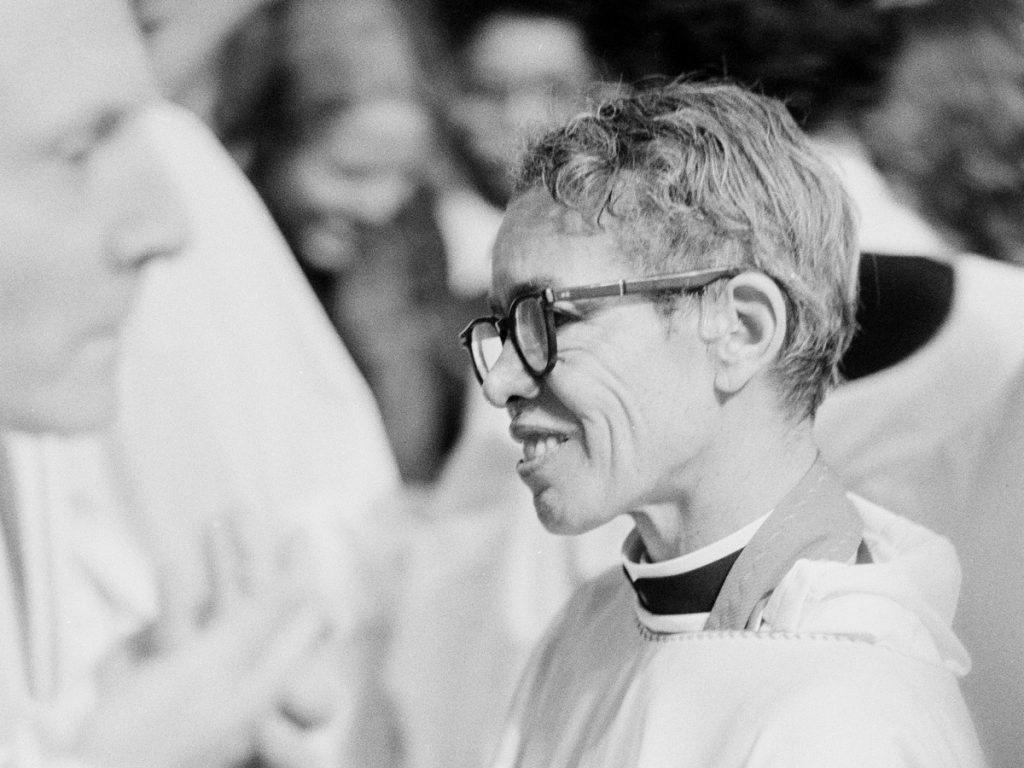 Pauli Murray might be one of the most influential but little-known figures in modern American history. Born in 1910 in Baltimore, Murray, who was a prominent lawyer and activist, went on to shape American law, society and culture throughout much of the 20th century. Publicly, Murray is remembered for contributions to feminist legal thought and in particular, the concept of “Jane Crow,” which recognized how black women struggle with racism and sexism. Meanwhile, in private, Pauli Murray’s fluid gender and sexual identity clashed with the era’s rigid categories.

All of this made Pauli Murray a steadfast proponent of equality and a committed fighter against injustice of all kinds. It even led Murray to the ordained ministry, where the fight for a reconciled humanity could be waged in the spiritual realm. So for that reason — and many more — this week on BackStory, Ed and Joanne explore the life and legacy of Pauli Murray.