Why Is the University of North Carolina Funding Bad History? 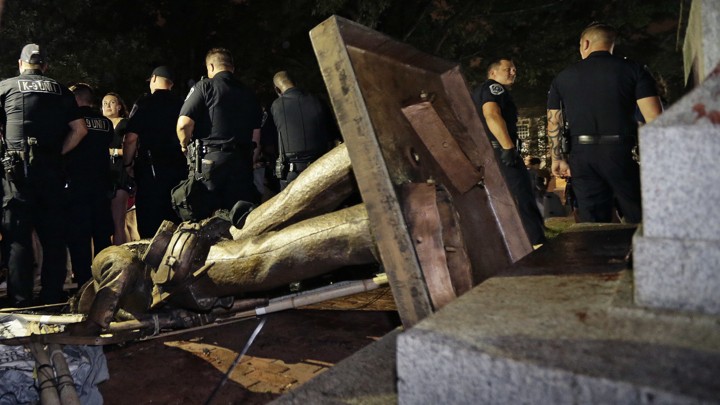 On the eve of Thanksgiving, the University of North Carolina Board of Governors agreed to settle a lawsuit filed by the North Carolina division of the Sons of Confederate Veterans (SCV) over a Confederate monument that had stood for more than a century on the university’s flagship campus, in Chapel Hill, before demonstrators toppled it in August 2018.

The settlement might, at first glance, appear to be a workmanlike solution to a vexing issue. It ensures that the monument, commonly referred to as Silent Sam, will no longer adorn the university campus. Under the terms of the consent decree, the SCV will take custody of the monument and receive $2.5 million in “non-state funds” for a “charitable trust” to care for it. In a statement to the UNC community, which for more than a decade has been riven by the controversy over the monument, UNC Interim Chancellor Kevin M. Guskiewicz applauded the Board of Governors for “resolving this matter.”

The settlement, though, establishes a de facto financial partnership between the university system and the SCV to preserve the monument. The SCV is free to use Silent Sam and this generous subsidy to continue its long-standing misinformation campaign about the history and legacy of the Civil War, with an endowment that rivals that of the university’s history department. But the cost to the university can’t be fully tallied in dollars and cents. A great public university should stand for the pursuit of truth, not the promotion of historical distortions and falsehoods. In seeking an expedient solution, the university system has succeeded only in aggravating the problems that the removal of the statute was supposed to address.