The Myth of the First Thanksgiving

by David J. Silverman
David J. Silverman is a professor at George Washington University, where he specializes in Native American, Colonial American, and American racial history. He is the author of Thundersticks, Red Brethren, Ninigret, and Faith and Boundaries. His essays have won major awards from the Omohundro Institute of Early American History and Culture and the New York State Historical Association. He lives in Philadelphia. 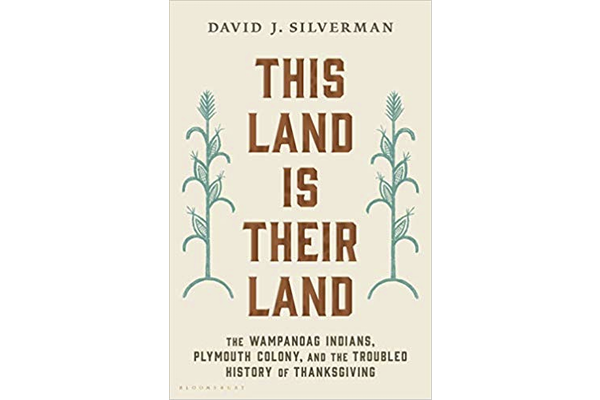 Most Americans assume that the Thanksgiving holiday has always been associated with the Pilgrims, Indians, and their famous feast. Yet that connection is barely 150 years old and is the result of white Protestant New Englanders asserting their cultural authority over an increasingly diverse country. Since then, the Thanksgiving myth has served to reinforce white Christian dominance in the United States. It is well past time to dispense with the myth and its white nationalist connotations.

Throughout the colonial era, Thanksgiving had no association whatsoever with Pilgrims and Indians. It was a regional holiday, observed only in the New England states or in the Midwestern areas to which New Englanders had migrated. No one thought of the event as originating from a poorly documented 1621 feast shared by the English colonists of Plymouth and neighboring Wampanoag Indians. Ironically, Thanksgiving celebrations had emerged out of the English puritan practice of holding fast days of prayer to mark some special mercy or judgment from God, after which the community would break bread. Over the generations, these days of Thanksgiving began to take place annually instead of episodically and the fasting became less strictly observed.

The modern character of the holiday only began to emerge during the mid to late 1800s.  In 1863, President Abraham Lincoln declared that the last Thursday of November should be held as a national day of Thanksgiving to foster unity amid the horrors of the Civil War. Afterward, it became a tradition, with some modifications to the date, and spread to the South too. Around the same time, Americans began to trace the holiday  back to Pilgrims and Indians. The start of this trend appears to have been the Reverend Alexander Young’s 1841 publication  of the Chronicles of the Pilgrim Fathers, which contained the only primary source account of the great meal, consisting of a mere four lines. To it, Young added a footnote stating that “This was the first Thanksgiving, the harvest festival of New England.” Over the next fifty years, various New England authors, artists, and lecturers disseminated Young’s idea until Americans took it for granted. Surely, few footnotes in history have been so influential.

For the rest of the nation to go along with New England’s idea that a dinner between Pilgrims and Indians was the template for a national holiday, the United States first had to finish its subjugation of the tribes of the Great Plains and far West. Only then could its people stop vilifying Indians as bloodthirsty savages and give them an unthreatening role in a national founding myth. The Pilgrim saga also had utility in the nation’s culture wars. It was no coincidence that authorities began trumpeting the Pilgrims as national founders amid widespread anxiety that the country was being overrun by Catholic and then Jewish immigrants unappreciative of America’s Protestant, democratic origins and values. Depicting the Pilgrims as the epitome of colonial America also served to minimize the country’s longstanding history of racial oppression at a time when Jim Crow was working to return blacks in the South to as close to a state of slavery as possible and racial segregation was becoming the norm nearly everywhere else. Focusing on the Pilgrims’ noble religious and democratic principles in treatments of colonial history, instead of on the shameful Indian wars and systems of slavery more typical of the colonies, enabled whites to think of the so-called black and Indian problems as southern and western exceptions to an otherwise inspiring national heritage.

Americans tend to view the Thanksgiving myth as harmless, but it is loaded with fraught ideological meaning. In it, the Indians of Cape Cod and the adjacent coast (rarely identified as Wampanoags) overcome their initial trepidation and prove to be “friendly” (requiring no explanation), led by the translators Samoset and Squanto (with no mention of how they learned English) and the chief, Massasoit. They feed the starving English and teach them how to plant corn and where to fish, whereupon the colony begins to thrive. The two parties then seal their friendship with the feast of the First Thanksgiving. The peace that follows permits colonial New England and, by extension, modern America, to become seats of freedom, democracy, Christianity and plenty. As for what happens to the Indians next, this myth has nothing to say. The Indians’ legacy is to present America as a gift to others or, in other words, to concede to colonialism. Like Pocahontas and Sacajawea (the other most famous Indians of Early American history) they help the colonizers then move offstage.

Literally. Since the early twentieth century, American elementary schools have widely held annual Thanksgiving pageants in which students dress up as Pilgrims and Indians and reenact this drama. I myself remember participating in such a pageant which closed with the song, “My Country Tis of Thee.” The first verse of it goes: My country tis of thee/ Sweet land of liberty/ Of thee I sing./ Land where my fathers died!/ Land of the Pilgrim’s pride!/ From every mountain side,/ Let freedom ring!” Having a diverse group of schoolchildren sing about the Pilgrims as “my fathers” was designed to teach them about who we, as Americans, are, or at least who we’re supposed to be. Even students from ethnic backgrounds would be instilled with the principles of representative government, liberty, and Christianity, while learning to identify with English colonists from four hundred years ago as fellow whites. Leaving Indians out of the category of “my fathers” also carried important lessons. It was yet another reminder about which race ran the country and whose values mattered.

Lest we dismiss the impact of these messages, consider the experience of a young Wampanoag woman who told this author that when she was in grade school, the lone Indian in her class, her teacher cast her as Chief Massasoit in one of these pageants and had her sing with her classmates “This Land is Your Land, This Land is My Land.” At the time, she was just embarrassed. As an adult, she sees the cruel irony in it. Other Wampanoags commonly tell of their parents objecting to these pageants and associated history lessons that the New England Indians were all gone, only to have school officials respond with puzzlement at their claims to be Indian. The only authentic Indians were supposed to be primitive relics, not modern, so what were they doing in school, speaking English, wearing contemporary clothing, and returning home to adults who had jobs and drove cars?

Even today, the Thanksgiving myth is one of the few cameos Native people make in many schools’ curriculum. Most history lessons still pay little to no heed to the civilizations Native Americans had created over thousands of years before the arrival of Europeans or how indigenous people have suffered under and resisted colonization. Even less common is any treatment of how they have managed to survive, adapt, and become part of modern society while maintaining their Indian identities and defending their indigenous rights. Units on American government almost never address the sovereignty of Indian tribes as a basic feature of American federalism, or ratified Indian treaties as “the supreme law of the land” under the Constitution. Native people certainly bear the brunt of this neglect, ignorance, and racial hostility, but the rest of the country suffers in its own ways too.

The current American struggle with white nationalism is not just a moment in time. It is the product of centuries of political, social, cultural, and economic developments that have convinced a critical mass of white Christians that the country has always belonged to them and always should. The myth of Thanksgiving is one of the many buttresses of that ideology. That myth is not about who we were but how past generations wanted us to be. It is not true. The truth exposes the Thanksgiving myth as a myth rather than history, and so let us declare it dead except as a subject for the study of nineteenth-and twentieth-century American cultural history. What we replace it with will tell future Americans about how we envision ourselves and the path of our society.
Big Isms
LT
Author, Mosaic Artist, Curator