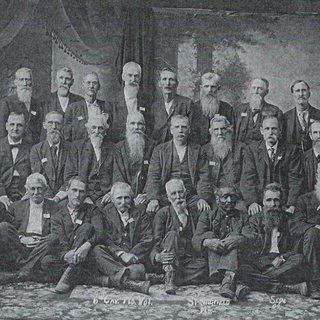 But when we asked readers of The 1619 Project to share stories about their enslaved ancestors, dozens of readers replied — and many shared documents and photographs.

The images and stories below help paint a picture of a too-often-erased American history. The responses have been condensed and edited for clarity.

The Civil War Veteran
The Rev. Moses Berry, 69, of Ashgrove, Mo., shared this photograph and the story behind it.

The Photograph This was always in the family picture book. Every 10 years, the Missouri Sixth Cavalry had a reunion and a group photo was taken. This one was from November 1908. My great-grandfather Wallace White sits at the bottom, third from the right.

The Story Wallace was freed before the end of the Civil War by Union soldiers, from the field where he was enslaved in Mount Sterling, Ky.

As the story goes, when the cavalry came through, they asked Wallace if he wanted to go and fight with them, to which he replied “’Deed I do!” He stayed with them until he mustered out at the end of the war.