11/22/2019
The bones of a former slave and black leader were missing — until a historian asked in the right place
Erin Cox, November 1, 2019, The Washington Post 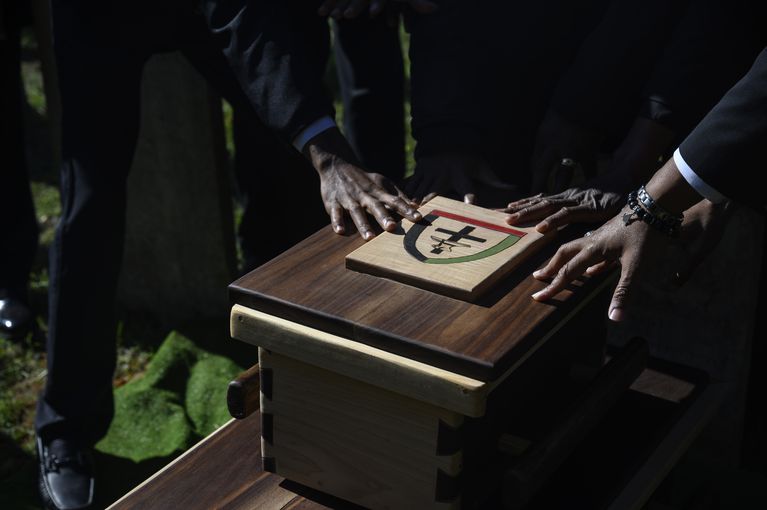 Janice Hayes-Williams was just starting out as an amateur local historian two decades ago when she found out a prominent black man had been deeply disrespected.

The grave holding the remains of Smith Price, founder of the first free black community in Maryland’s state capital, had been dug up during an urban renewal project in the 1980s.

And for years, no one she talked to knew where the bones had gone.

“How do you dig up people and take them away?” Hayes-Williams said in an interview earlier this week.

On Friday, she stood in St. Anne’s Cemetery in Annapolis and ran her hand along a pair of custom wooden caskets. “At last,” she said, “they’re home.”

The bones presumed to belong to Price and his young son were again being laid to rest, after a solemn ceremony attended by 125 people in the church that Price helped found more than two centuries ago.