Lies My Teacher Told Me

The 10 most misleading American historical sites


When I was a kid, my dad stopped the car at every historical marker on our family vacations. He thought he was educating us. But too often these markers were telling us things that never happened and leaving out important things that did. Here’s a quick tour of 10 of the worst historic sites in the US. 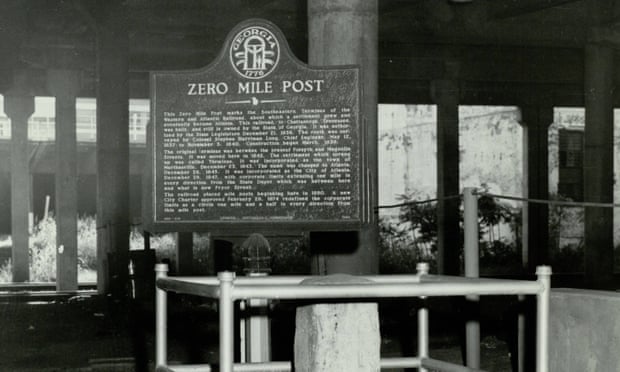 In Almo, Idaho, a slab of stone carved into the shape of Idaho memorializes a shocking incident in the history of the west: “Dedicated to the memory of those who lost their lives in a horrible Indian massacre, 1861. Three hundred immigrants west bound. Only five escaped.”
The only problem with this marker is that 300 immigrants were not killed in 1861. Thirty were not; three were not. It never happened at all. A fine western historian, Brigham Madsen, devoted years of research to showing that this event could not have happened. Why, then, does the marker stay up? Well, it’s the biggest thing that ever happened in Almo, even though it never happened!

At the lower tip of Manhattan stands a granite portrayal of a nearly naked Native American, a clothed and befrocked Dutchman, and about $24 worth of beads. It marks the exact spot where this famous purchase of Manhattan never took place. A moment’s thought makes obvious that this story is absurd. Would you trade your village, gardens, your hunting rights on Manhattan, fishing rights around the island – for this paltry string of beads? And do what? Move to New Jersey? People already live across the Hudson, so you’d have to talk with them, perhaps fight with them, before simply moving in …
Then consider the clothing. I have been in Manhattan in February, and if this purchase that never took place took place in February, that is one cold Native American person. I have also been in Manhattan in August, and if this purchase took place in August, then that Dutchman is about to suffer heat exhaustion. To put it another way, no two people were ever dressed so differently on the same spot on Earth on the same date. We miss noticing this because we are used to portraying Natives as “primitive” – nearly naked – and Europeans as “civilized” – elegantly clothed.
Finally, consider the most famous street in America, Wall Street, named for the wall that the Dutch built at the northern edge of New Amsterdam to deter attacks from the indigenous owners of the island. Its name also exposes the ridiculousness of the $24 story.