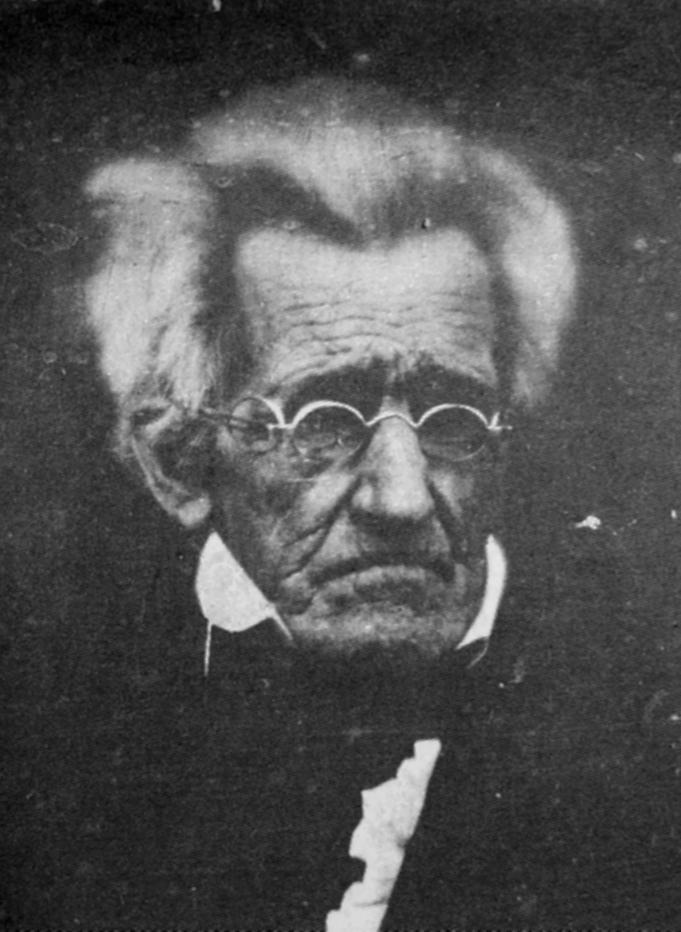 Jackson ran an ad in the Nashville Gazette, in October, 1804, for the capture of a runaway slave, which stated that in addition to the reward, he would pay an extra $10 per 100 lashes (up to 300), to anyone who willing to inflict them upon his miscreant property. He was known to hold a vengeful lifetime grudge against anyone whom he felt had slighted him, regardless of how minor the supposed offense. His betrayal the Choctow tribe, whom he persuaded to become American allies over the British during the war of 1812, culminated in the “Indian Removal Act” (Trail of Tears), of which he took personal responsiblity to see implemented, resulted in the death of thousands of men, women and children. It’s no surprise that the current occupant of the White House has this monster’s portrait prominantly displayed behind his desk, and even laid a wreath upon his grave to honor him.