The Origins of White Supremacists' Fear of Replacement

In August of 2017, marchers in the Unite the Right rally in Charlottesville, Virginia, chanted “They will not replace us!” and “The Jews will not replace us!” The theme links back to Camus, but is a defensive narrative with deep roots in racist rhetoric within European and United States history. 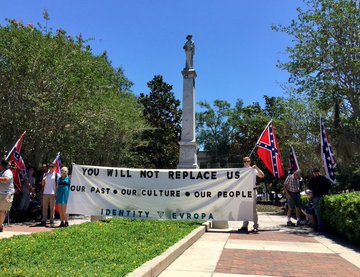