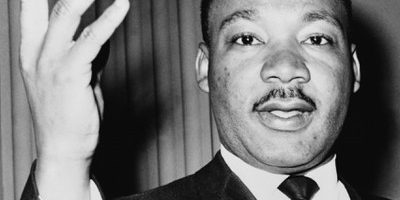 Martin Luther King, Jr. said repeatedly that the world was in dire need of a new organization, "The International Association for the Advancement of Creative Maladjustment." Apparently none ever was created in a formal sense… until MindFreedom and the Mad Pride movement. VIA

King’s image of creative maladjustment is certainly evocative and implicitly cautioning against pathologizing protest (a trend in psychology at the time). He is certainly saying that accepting an unjust society should be questioned. But there is no critique there of diagnosis. He gave one of the “creative maladjustment” speeches at the American Psychological Association, who he was challenging in his inimical, powerful, and eloquent way. His problem with the APA was that these were a bunch of almost exclusively white, privileged people who were part of an unjust society. He was asking them to stop smugly seeing themselves as doing good by helping distressed people, and instead recognize how they perpetuate injustice by going along with it. He was asking people to stop being concerned about social maladjustment exclusively, and, with rhetorical flourish, to start to organize against social injustice by being “maladjusted” to it. By joining a movement. READ
Big Isms
LT
Author, Mosaic Artist, Blogger, wildly curious