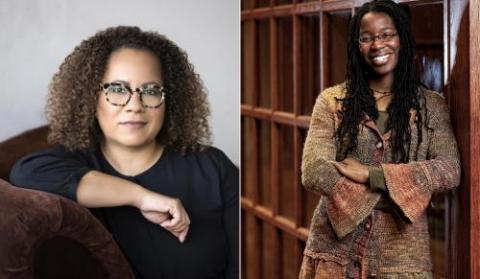 
The 2018 Frederick Douglass Book Prize will be shared by two scholars: Erica Armstrong Dunbar for “Never Caught: The Washingtons’ Relentless Pursuit of Their Runaway Slave, Ona Judge” (37Ink/Atria Books); and Tiya Miles for “The Dawn of Detroit: A Chronicle of Slavery and Freedom in the City of the Straits” (The New Press).
Dunbar is the Charles and Mary Beard Professor of History at Rutgers, the State University of New Jersey. Miles is professor of history and the Radcliffe Alumnae Professor at the Radcliffe Institute for Advanced Study at Harvard University.
The Douglass Prize was created jointly by the Gilder Lehrman Center for the Study of Slavery, Resistance, and Abolition at Yale University’s MacMillan Center and the Gilder Lehrman Institute of American History in New York City. It is awarded annually by the Gilder Lehrman Center for the best book written in English on slavery or abolition. The $25,000 prize, shared by the two winners, will be presented to Dunbar and Miles at a reception sponsored by the Gilder Lehrman Institute in New York City on Feb. 28. The reception also celebrates the 20th anniversary of the Frederick Douglass Book Prize.
In addition to Dunbar and Miles, the two other finalists for the prize were Daina Ramey Berry for The Price for Their Pound of Flesh: The Value of the Enslaved, from Womb to Grave, in the Building of a Nation (Beacon Press) and Sharla M. Fett for Recaptured Africans: Surviving Slave Ships, Detention, and Dislocation in the Final Years of the Slave Trade (The University of North Carolina Press). All four books were hailed for their outstanding research, analysis, and writing applied to the understanding of the centrality of slavery, and resistance to it, to the foundation of the United States.

I am a huge fan of both ladies! Hugs and Congrats!
Big Isms
LT
Author, Mosaic Artist, Blogger, wildly curious