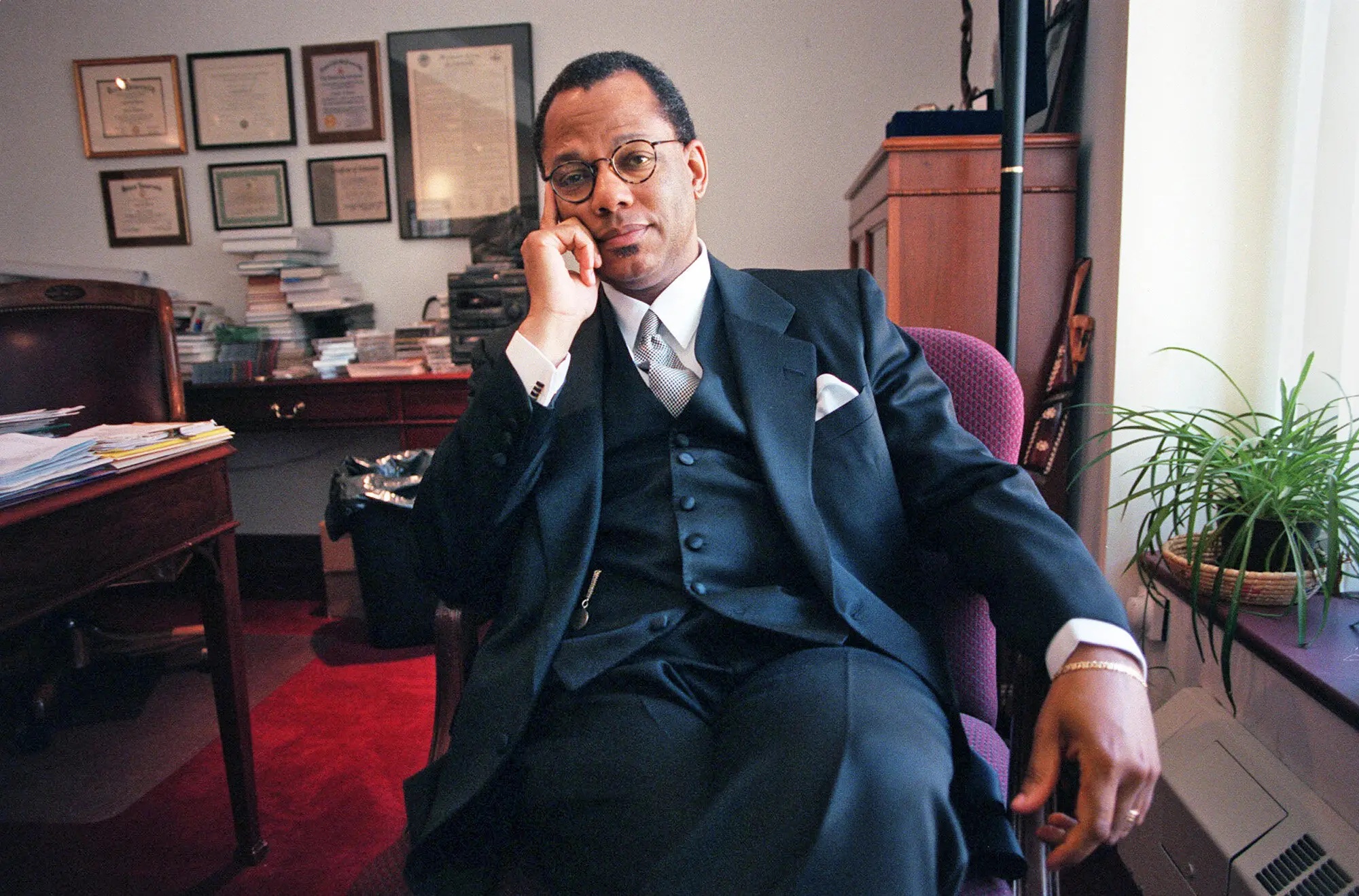 The Rev. Calvin O. Butts III, the Harlem preacher whose talent for oratory and political savvy was a force for social and racial justice, and who raised $1 billion to remake America’s most storied and influential Black neighborhoods, died on Friday at his Harlem home. He was 73.

His son Calvin O. Butts IV said the cause was pancreatic cancer.

In Mr. Butts’s three decades as pastor of Abyssinian Baptist Church, his work reflected the dramatic changes in how Americans confronted the nation’s history of racism. In New York, he challenged the white power structure and turned promises into action, creating educational, commercial and homeownership opportunities for Harlem residents.

He took inspiration from the Rev. Dr. Martin Luther King Jr. in the 1960s and by the dawn of the 21st century was a partner of Mayor Michael R. Bloomberg in attempting to create lasting change in Harlem and beyond.

Hired by the church when he was a 22-year-old seminarian, Mr. Butts helped deliver on the soaring sermons of its newly minted pastor, Samuel Proctor, and his immediate predecessor, the irreverent and flamboyant 11-term congressman Adam Clayton Powell Jr.


From the Archives: The Klan attack on schools
Mab Segrest, October 27, 2022, Facing South

Originally published in 1984 by Southern Exposure 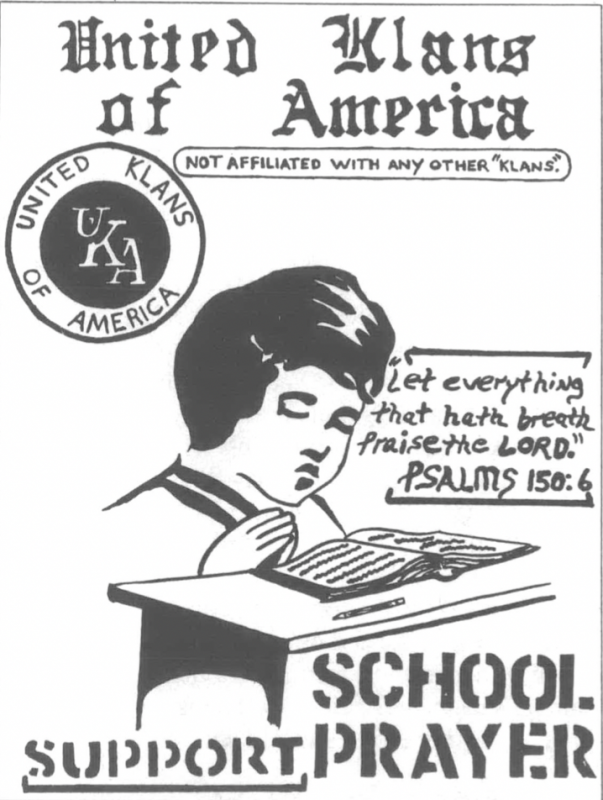 On January 17, 1984, Glenn Miller, Grand Dragon of the Carolina Knights of the Ku Klux Klan, walked into North Carolina Attorney General Rufus Edmisten's office with a written demand: if the state does not establish a "citizen's militia" to protect white school children from violent racial assaults, the Klan will do so.

Miller threatened, "1,000 white men will begin armed patrols in the areas of selected public schools in North Carolina," if the attorney general did not respond within 30 days.

That a Klan leader could target the public schools so boldly indicates both the strength of the Klan in the state and the failure of law enforcement and elected officials to take action against a growing crisis. The National Anti-Klan Network considers North Carolina's groups of Klans to be the most active and most dangerous in the country. Miller's faction is responsible for much of this rapid growth.

One of a new generation of media-wise Klan leaders, Miller is an expert at manipulating media coverage. Financed by his army retirement pay, he claims to work eight to 10 hours a day "for the rights of white people." And his farm in Johnston County hosts one of three Klan paramilitary training camps in North Carolina. 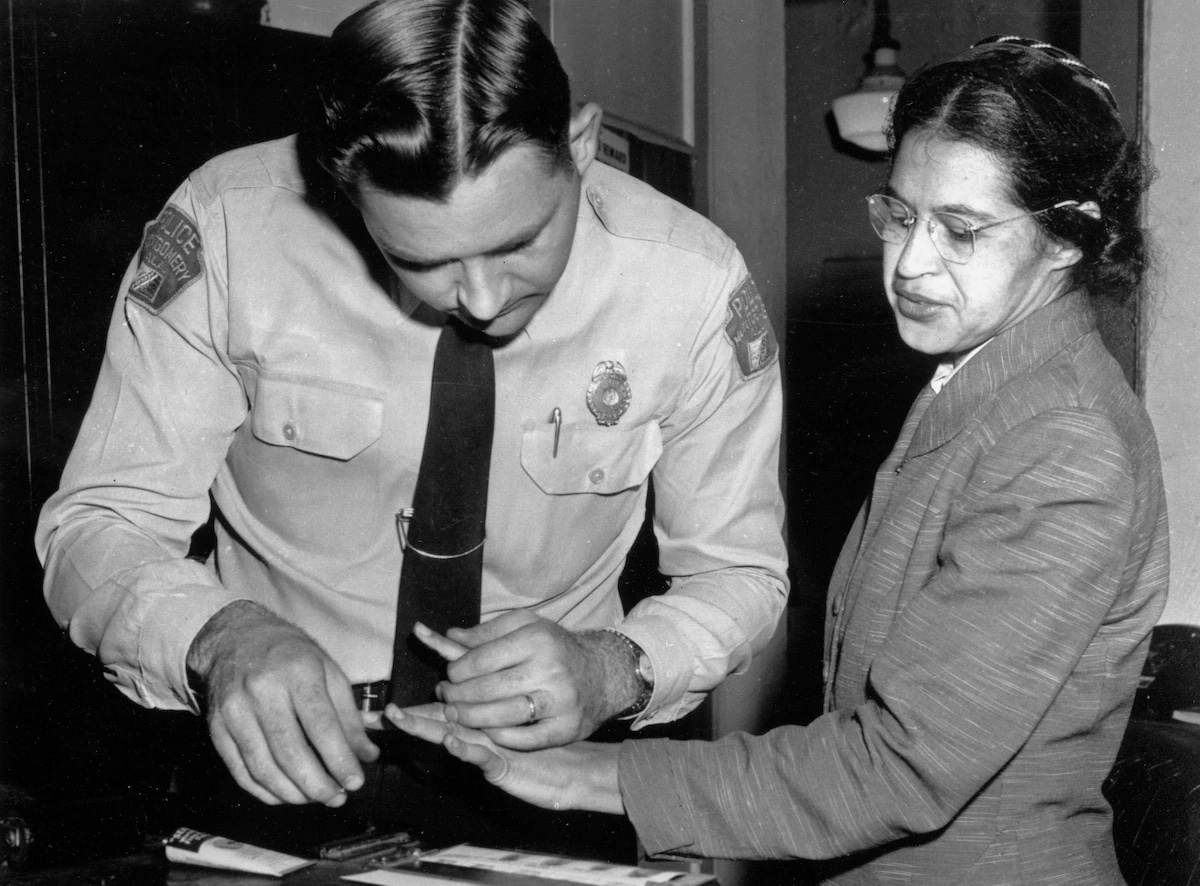 On Wednesday, NBC-Peacock will premiere “The Rebellious Life of Mrs. Rosa Parks,” a documentary based on Jeanne Theoharis’s book of the same title, directed by Yoruba Richen and Johanna Hamilton and executive-produced by Soledad O’Brien. The film disrupts the fable of Parks as a tired, accidental heroine and instead displays her lifetime of fighting for freedom. It will be paired with a curriculum we helped create to aid teachers in sharing Parks’s “life history of being rebellious” and encouraging critical thinking toward a more accurate history of race and struggle across the 20th century.

Parks had been an activist for more than two decades before her December 1955 bus stand. Joining Montgomery’s NAACP in 1943, she spent the next dozen years pushing the chapter toward activism, mounting protests against wrongful convictions, unpunished rapists and school and bus segregation. “It was hard to keep going when all our efforts seemed in vain,” Parks observed, noting the pressures put on “troublemakers” like herself.

Beginning to despair of the complacency of adults, Parks placed her hopes in young people, re-founding the NAACP youth branch in 1954. It was through this work that Parks met and mentored Claudette Colvin, a 15-year-old girl who refused to give up her seat in a bus eight months before Parks took her stand.

Michael P. Jeffries reviews The Grimkes: The Legacy of Slavery in an American Family, by Kerri K. Greenidge 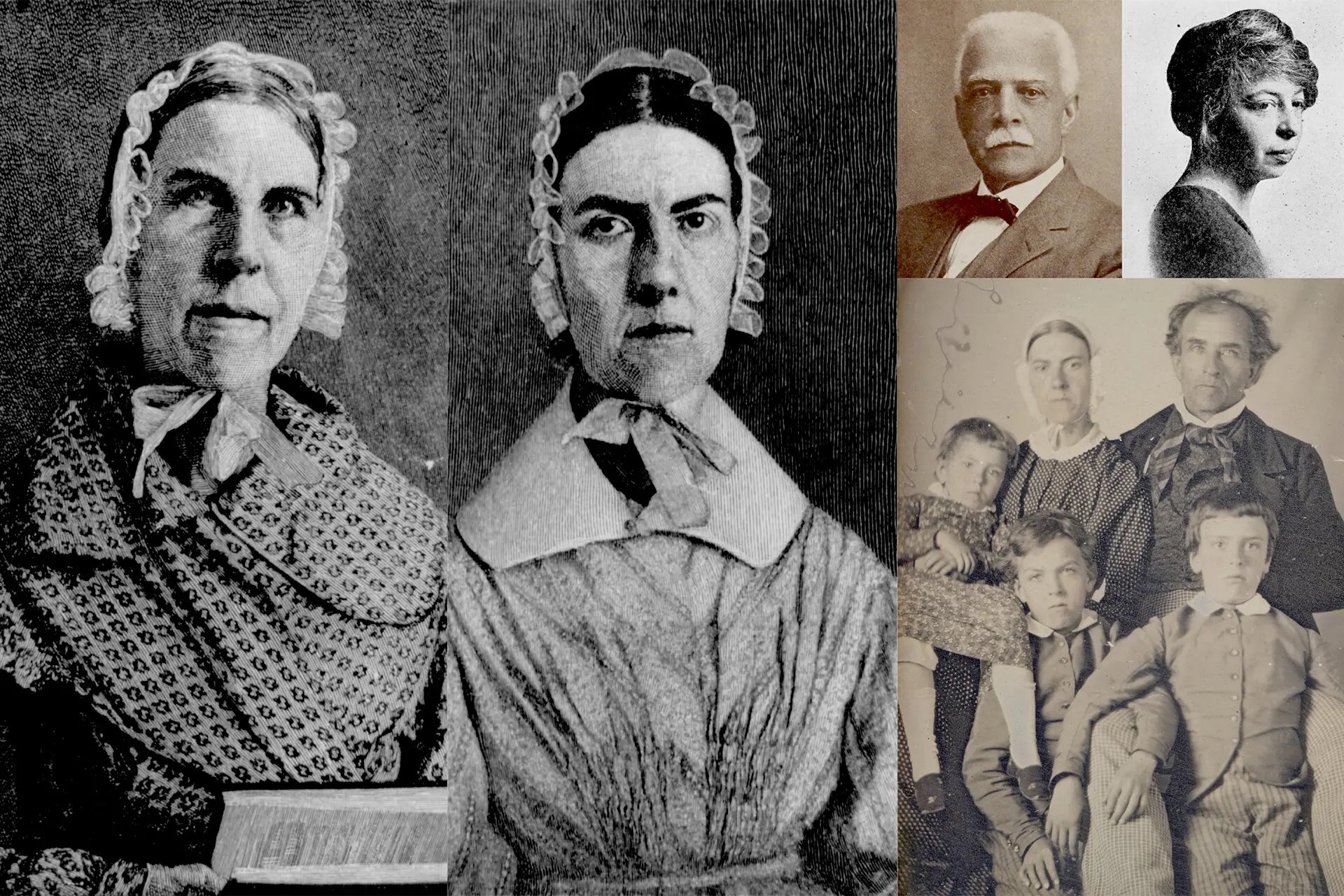 Born at the turn of the 19th century, the Grimke sisters, Angelina and Sarah, left their slaveholding family in Charleston, S.C., as young adults and made new lives for themselves as abolitionists in the North. In 1838, Angelina became the first woman to speak before a legislative body in the United States when she addressed the Massachusetts Legislature and called for an immediate end to slavery. In the same speech, she made a passionate case for women’s rights, insisting that women belonged at the center of major political debates. “Are we aliens because we are women?” she asked. “Are we bereft of citizenship because we are the mothers, wives and daughters of a mighty people?”

The Grimke sisters became celebrities, publishing essays that shaped abolitionist thinking and reluctantly stepping into a male-dominated public sphere where they were never completely welcome. Their fame derived from both their words and their deeds. They rejected their white inheritance by coming north and joining the movement, gaining moral credibility that few of their peers could match. But in her new book, “The Grimkes: The Legacy of Slavery in an American Family,” the historian Kerri Greenidge challenges this narrative, showing that the sisters’ contributions to abolition and women’s rights were undergirded by the privileges they reaped from slavery. The lives they built, and their relationships with Black relatives, were poisoned by the profits, violence and shame of white supremacy. 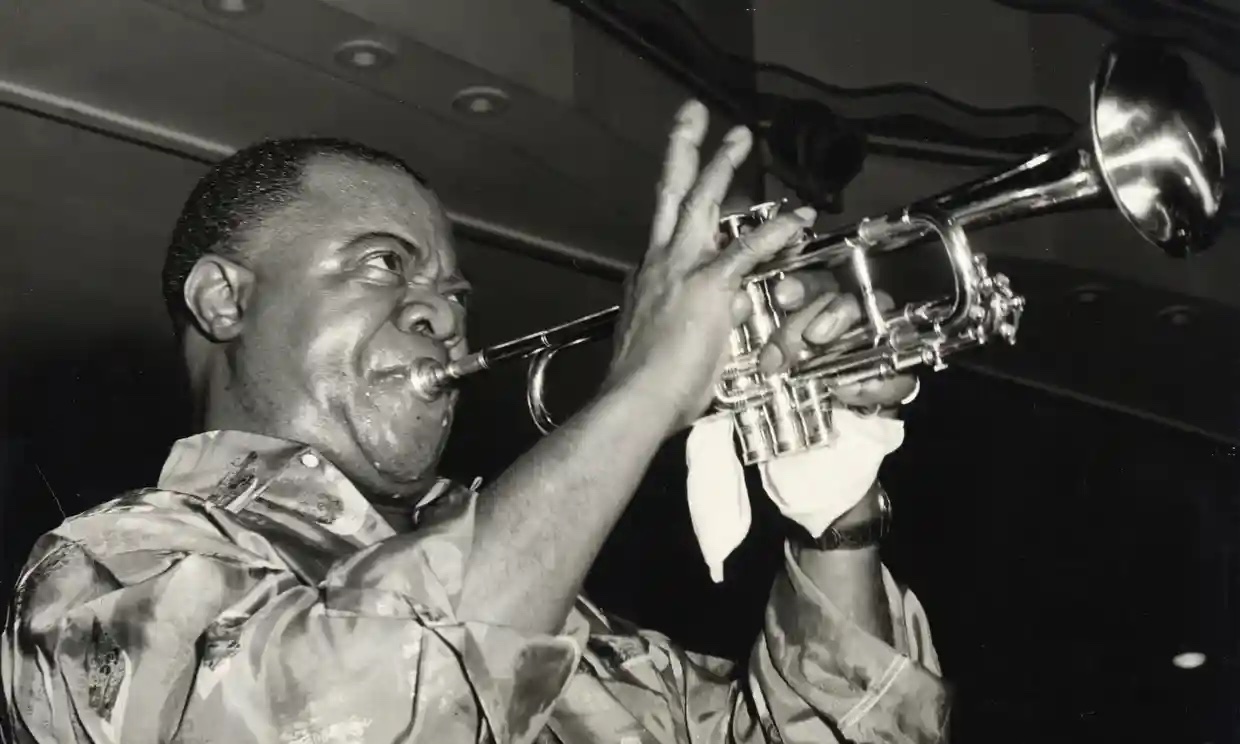 Luxuriating in a wealth of archival material that encompasses radio and TV interviews, privately recorded conversations from reel-to-reel tapes (Armstrong could swear like a sailor), and good old-fashioned newspaper clippings (remember them?), this documentary about the great Louis Armstrong is a real keeper. Fans of the legendary jazz trumpeter are likely to complain that a mere 104 minutes is not enough to cover such a complex, innovative character whose career spanned decades and hope there will someday be a supercut that goes on for hours. But in a way this swinging, 4/4, 135 beats per minute biography-cum-essay crams a lot into its running time and makes relative brevity its virtue. Like one of Armstrong’s great solos, it feels packed with dynamics, sprinkled with astonishing high notes, and immensely pleasurable.

As with so many docs these days, there are very few talking heads, and instead director Sacha Jenkins opts to layer the sound of unseen speakers over film clips and rostrum shots. One welcome exception is a wonderful sequence where the camera slowly tracks in on actor Ossie Davis as he recalls observing Armstrong when the musician thought no one was looking. The million watt smile was turned off, and he seemed like the saddest man in the world. There are revealing snippets of observation from maestros such as Wynton Marsalis, Miles Davis, Leonard Bernstein and more, as well as bits of Armstrong’s writings read by the rapper Nas. Among all the deeper insights there is plenty of juicy gossip and weird trivia, covering everything from Armstrong’s well-spent youth playing music in brothels, his generosity towards fans (he gave away coal to the poor at some gigs), his taste for marijuana and devoted use of laxatives. Who knew?