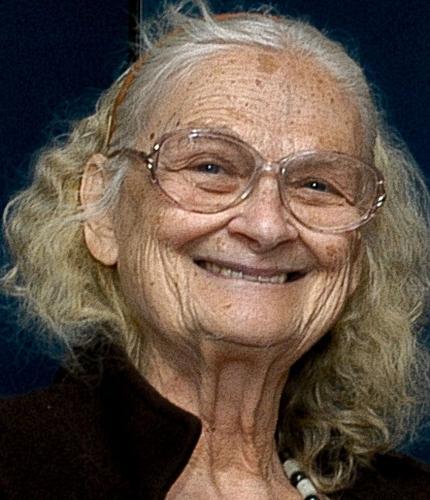 Gwendolyn Midlo Hall, a New Orleans-born historian who revolutionized teaching about slavery in Louisiana by applying computer technology to information she unearthed in musty archives and courthouse records throughout the state, died Monday at her home in Guanajuato, Mexico. She was 93.

Hall burrowed into paper records to research her 1992 book “Africans in Colonial Louisiana: The Development of Afro-Creole Culture in the Eighteenth Century,” said Molly Mitchell, director of the University of New Orleans’ Ethel & Herman L. Midlo Center for New Orleans Studies, which Hall’s mother established and named for Hall’s parents.

The book is “indispensable,” retired Tulane University history professor Lawrence Powell said, because it shows not only the African ethnic groups from which the enslaved people came but also the ways in which they adjusted to their new homes and surroundings.


The hatred these Black women can’t forget as they near 100 years old
Martin Dobrow, August 28, 2022, The Washington Post 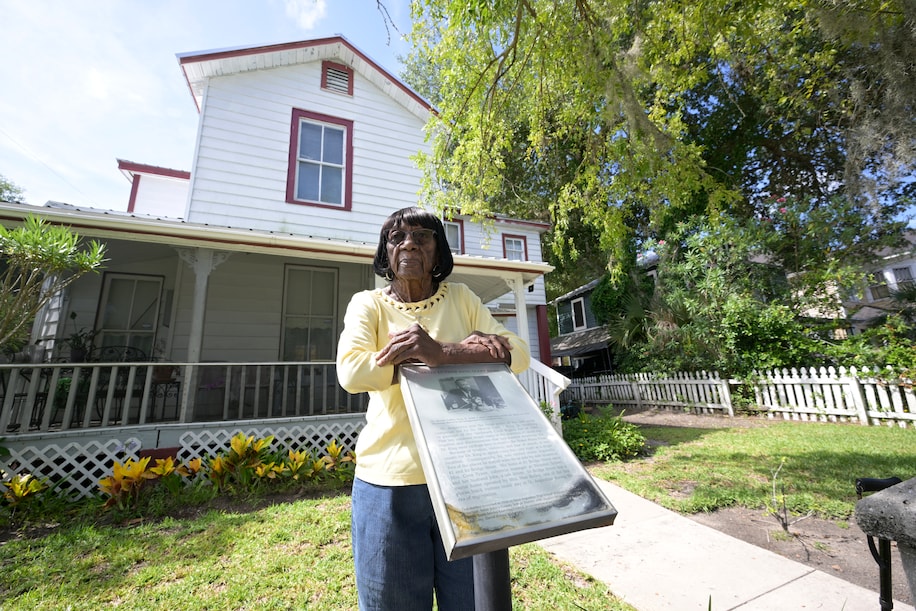 Even now, after all this time, the memories are raw.

Cora Tyson, 99, still hears the wailing. She sees the teenagers sprinting back from late-night demonstrations at the old slave market, blood streaming down their faces. She pictures the startling serenity of the Rev. Martin Luther King Jr. on her porch at 81 Bridge Street as he sips her sweet tea and watches the dark limousines with black skeleton flags, followed by a march of White men in white robes.

Half a mile away, Janie Young Price, 96, has no trouble summoning the outrage she felt when she emerged from her hospital shift and found her Buick Electra turned upside down. She can still hear the hate at the Howard Johnson restaurant when a nearby White woman held her nose and said, “Ew, it stinks in here! Somebody must have left the sewer open.”

A Tiny House in Manhattan Has a Link to the Underground Railroad
John Freeman Gill, August 28, 2022, The New York Times 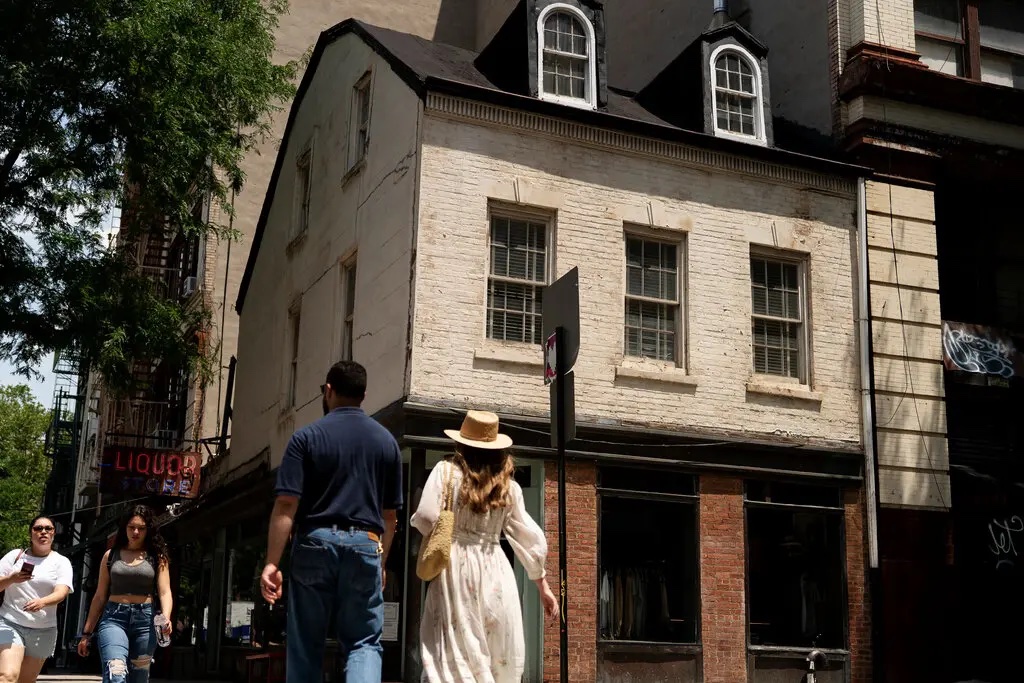 In a city of showy skyscrapers climbing ever higher in their bids to catch the eye, the beguiling little brick-and-wood house at 2 White Street in TriBeCa is striking precisely because of its humble scale and design.

Built in 1809 by Gideon Tucker, a school commissioner who ran a nearby plaster factory, the two-and-a-half-story, Federal-style corner house is exceedingly rare as a Manhattan home whose sloping gambrel roof and original dormer windows have survived more than two centuries.

The ground floor of the little house was divided into multiple storefronts, which in the 20th century held a variety of mom-and-pop shops serving a working-class neighborhood known until the 1970s as Washington Market: a corner barbershop with a candy-striped pole, a cigar store, a liquor store, a travel agency and a footwear shop with a distinctive shoe-shaped sign suspended above West Broadway. Now combined into a single storefront, the current retail space retains raffish details of its liquor-store days, including a retro red-and-blue neon sign and period gilt window lettering advertising cognacs and cordials.

Less well known, however, is 2 White Street’s antebellum incarnation as a destination of a very different kind: the home of a prominent Black abolitionist minister and a possible stop on the Underground Railroad, the network of Black and white activists who helped African Americans flee Southern slavery before the Civil War. From 1842 until his death in 1847, Rev. Theodore S. Wright lived in the house, helping conduct fugitives to freedom in more-Northern parts of the country or Canada. 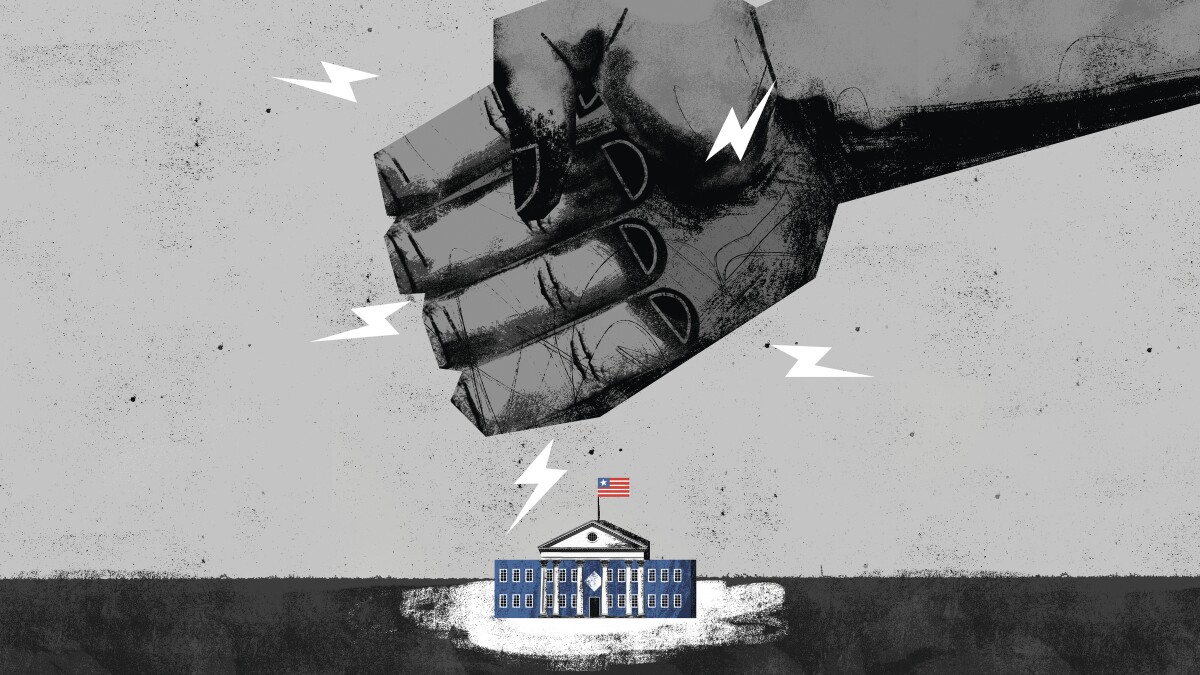 In August 2020, Boise State University chose a doctoral student in public policy, Melanie Fillmore, to deliver what is called a “land acknowledgment” speech at a convocation for incoming freshmen. Fillmore, who is part Indigenous, would recognize the tribes that lived in the Boise Valley before they were banished to reservations to make way for white settlers.

Fillmore considered it an honor. She was devoted to Boise State, where she had earned her bachelor’s and master’s degrees, taught undergraduate courses, and served on job-search committees. She also admired Marlene Tromp, a feminist literary scholar who came from the University of California at Santa Cruz in 2019 to become Boise State’s first female president. Tromp had been hired with a mandate to promote diversity, and including an Indigenous speaker in the ceremony marking the start of students’ higher education would advance that agenda.

The convocation was to be virtual because of the pandemic. Fillmore put on beaded Native American jewelry and recorded an eight-minute video on her phone. She began by naming the “rightful owners of this land,” the Boise Valley Indigenous tribes, and then described her own “complicated” background. Her father was Hunkpapa Lakota, her mother white. “I can trace eight generations of my Lakota ancestors being removed from the land of their lifeblood to the reservation, just as I can trace seven generations of Norwegian and English ancestors taking that land,” she said. 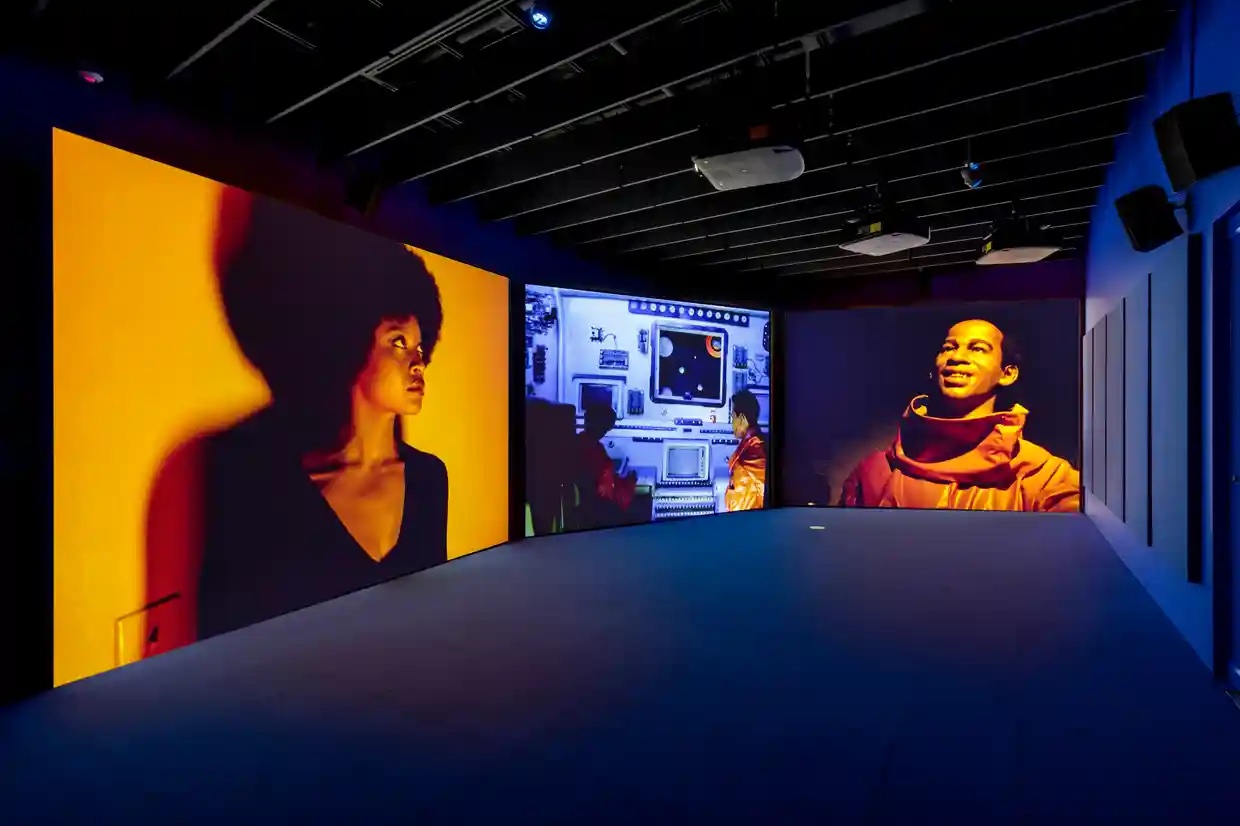 The passionate embrace and kiss between vaudeville actors Gertie Brown and Saint Suttle lasts just under 30 seconds, but it’s believed to be the first instance of Black intimacy recorded on film dating back to 1898. That’s where the exhibit Regeneration: Black Cinema 1898-1971 at the Academy Museum of Motion Pictures in Los Angeles begins, displaying some of the earliest work by Black actors and cinematographers throughout American history.

Whether through neglect or discrimination, the historical contributions of Black cinema to the tradition of American cinematography has often been sidelined. But the exhibit is the first of its kind that seeks to highlight how Black artists have always played an integral role in the history of film-making. The exhibit got its name from Richard Norman’s 1923 film, Regeneration, a romantic thriller shot in Jacksonville, Florida.

Together, the co-curators Doris Berger and Rhea L Combs have endeavored to encapsulate the prominent movements within Black cinema – loosely defined to be on-screen representations of African Americans by Black actors and film-makers. The seven decades they capture reveal a complex history around the narratives of race in the US.

One stayed and one left: What Iowa educators are saying about the teacher shortage
Amanda Rooker, August 26, 2022, KCCI Des Moines 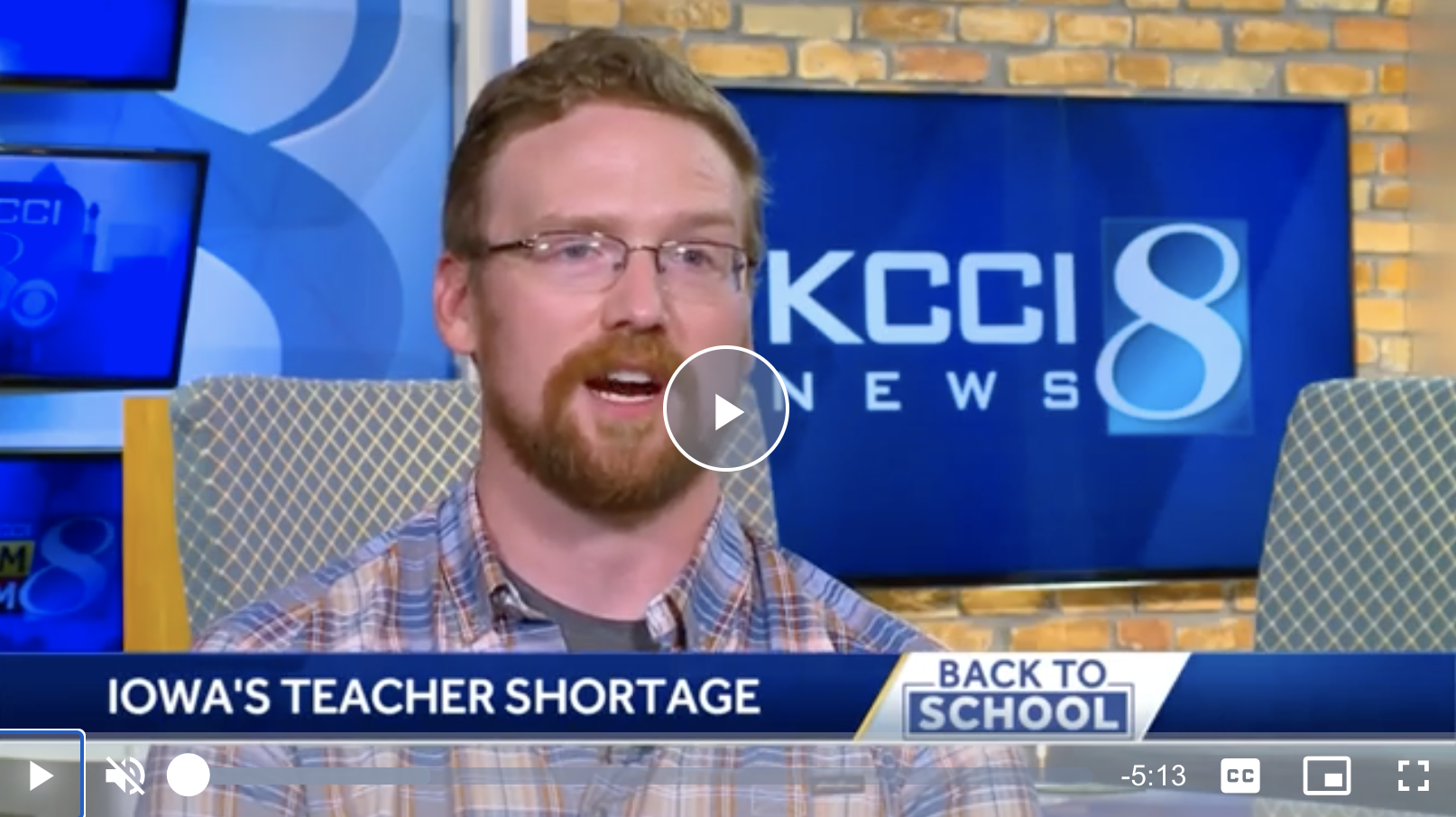 DES MOINES, Iowa —
Across the country, roughly 600,000 teachers left the profession between January 2020 and February 2022 according to the U.S. Bureau of Labor Statistics.

As of Friday, there are still more than 5,000 school positions unfilled across Iowa, according to Teach Iowa job postings. Over 1,000 of those are full-time teaching positions.

KCCI talked to one teacher who left the profession and one who stayed to get their perspective on Iowa's teacher shortage.

Nick Covington and Aaron Tecklenburg have lots of things in common. Both teach history. Both live in the Des Moines metro.

But as Tecklenburg heads back to school, Covington won't return to the classroom, for the first time in more than a decade.

Covington said that decision started with parent criticism of content he said he's been teaching for years.

"I was trying to teach my AP European History kids about issues in modern nationalism," Covington said. "It kind of launched me into a series of meetings with my administration, about parent complaints in the ways that I was teaching about white nationalism in the context of the history class. That was the start of a very long conversation that a year later ended in my resignation."