The Search for a Meaningful Clue to the Mystery of an Enslaved Ancestor
Rachel L. Swarns, August 6, 2022, The New York Times 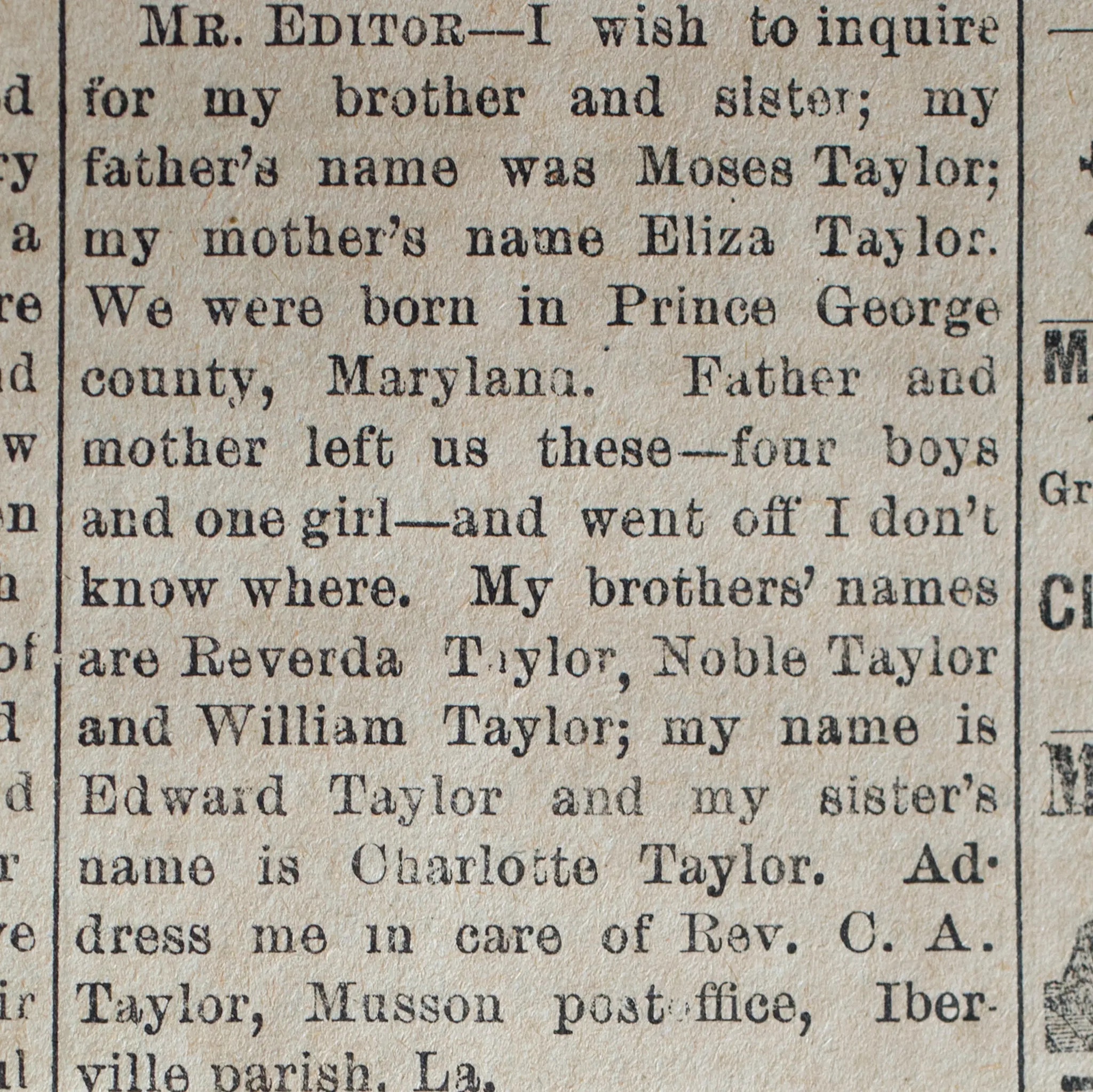 In the 1880s, Edward Taylor reached out to the editors of a weekly Black newspaper in New Orleans. Born into slavery, he had fought in the Civil War and established himself as a blacksmith when freedom came. He had a wife, six children and his own plot of land in a community near a winding stream known as the Bayou Maringouin.

But Mr. Taylor never forgot what he had lost during his decades in bondage. So he placed an advertisement in the Southwestern Christian Advocate. “I wish to inquire for my people,’’ he wrote.

Mr. Taylor was about 11 when he was sold away from his sister and three brothers in Maryland and sent to Louisiana. As a middle-aged man, he still remembered their names — Charlotte, Noble, William and Reverda  — and the anguish of that forced separation. He joined thousands of Black people who placed notices in local newspapers in hopes of finding relatives after Emancipation. There is no record that he ever received a response.

More than a century later, Mr. Taylor’s descendants and two genealogists are using the information in his ad to try to reunite his family, one of the many Black families splintered by the American slave trade. I’m sharing his story with you because I believe that someone out there might have the missing clues that could finally bring the Taylors back together.


Researchers Did a Deep Dive Into Efforts to Restrict Critical Race Theory. Here’s What They Found.
Sylvia Goodman, August 3, 2022, The Chronicle of Higher Education 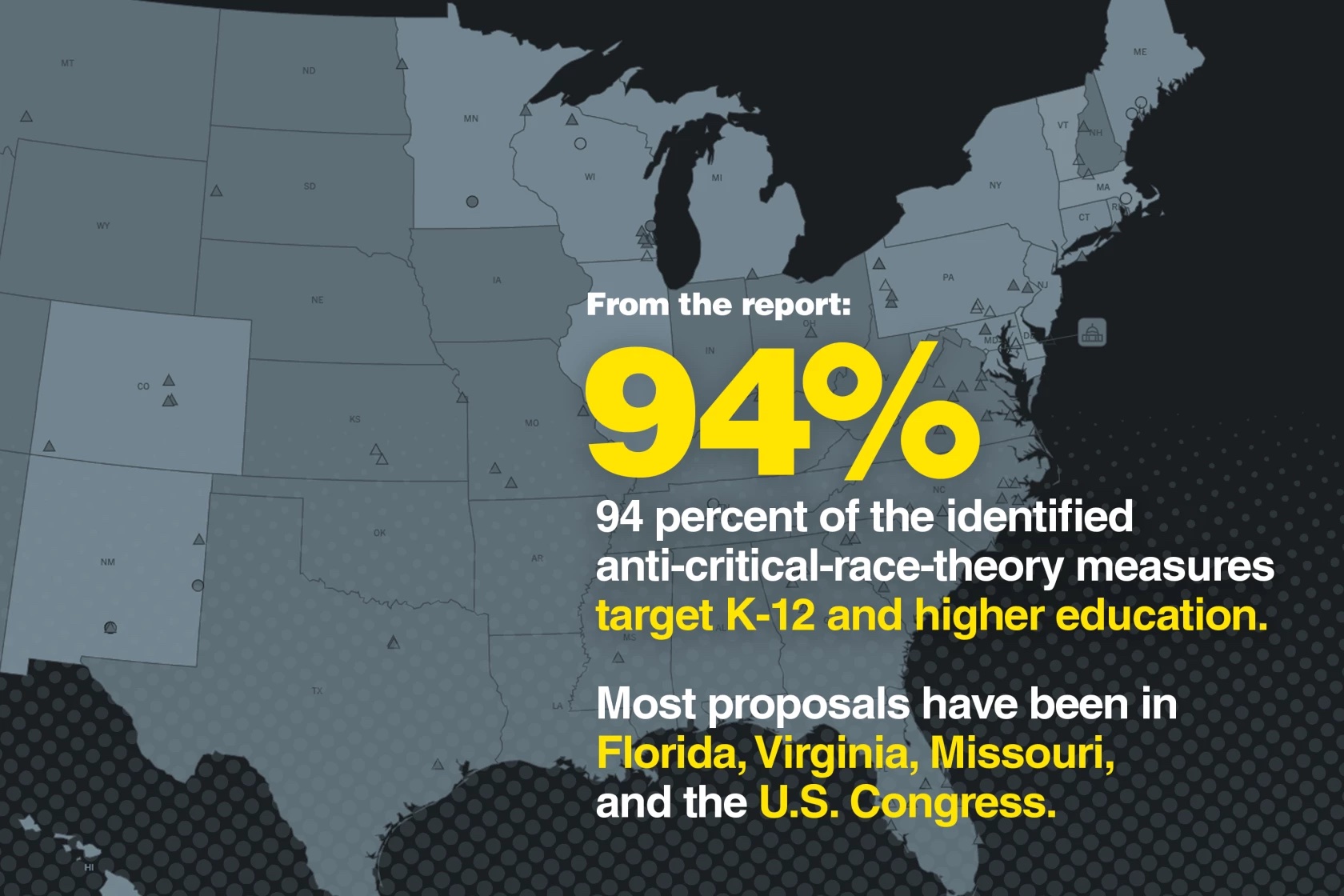 Since Republican lawmakers began backing bills to limit diversity training or ban the teaching of “divisive” topics, most national news coverage has focused on such efforts in red states. But a new analysis reveals that restrictions like these have popped up in nearly every state, with local governments and school boards taking matters into their own hands when the state doesn’t act against critical race theory.

The new CRT Forward Tracking Project follows and analyzes anti-critical-race-theory legislation, regulations, and administrative policies on a national scale. Begun by the University of California at Los Angeles’s law school on Tuesday, the project has analyzed almost 24,000 articles and found nearly 500 instances of attempted limits on the teaching of critical race theory. The project’s director, Taifha N. Alexander, said the most surprising result of her work is that the group has found cases in nearly every state. 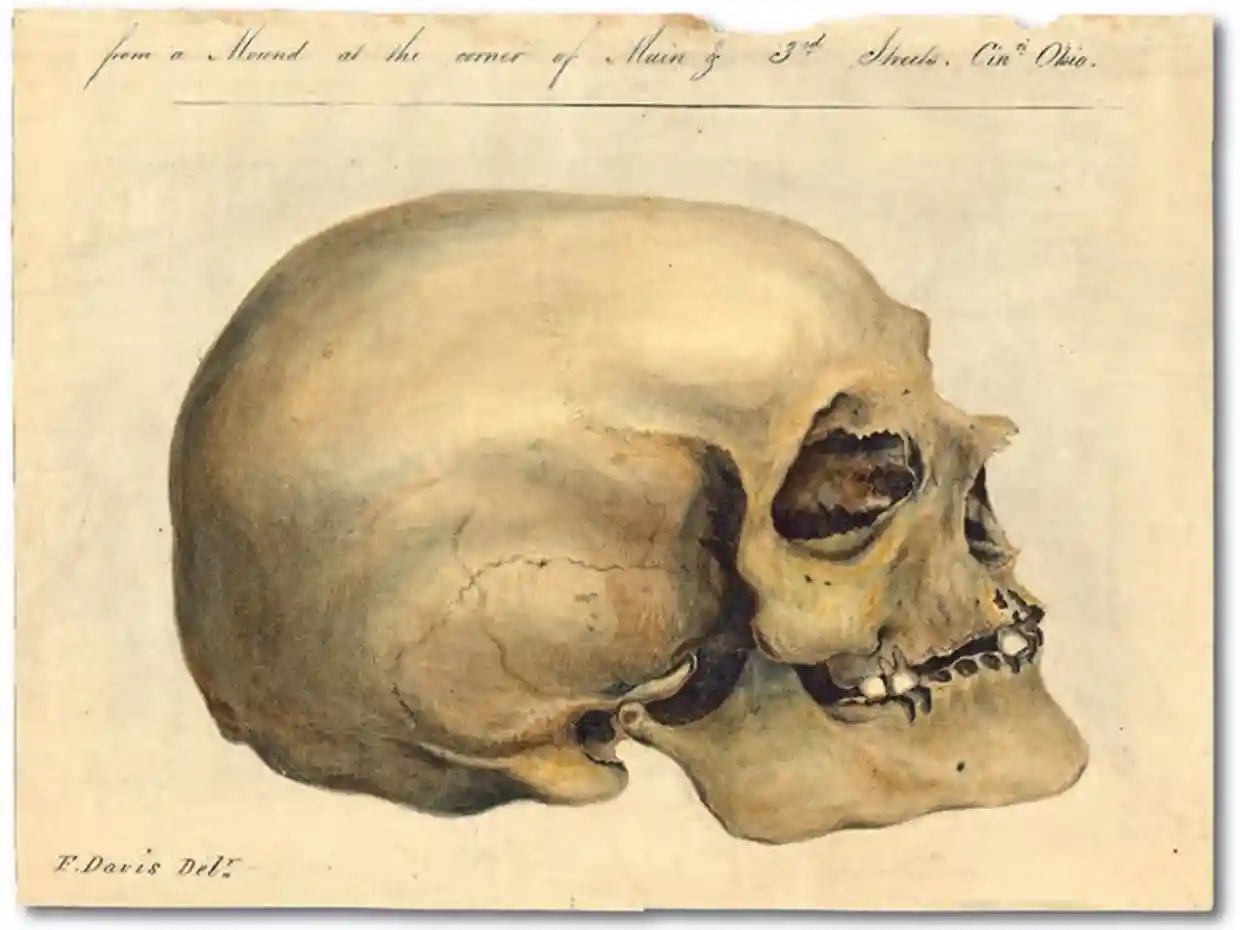 The University of Pennsylvania is moving ahead with the reburial of the cranial remains of at least 13 Black Philadelphians whose skulls have been kept for almost two centuries in a notorious anthropological collection used to justify white supremacy in the run-up to the US civil war.

The Ivy League university is petitioning the Philadelphia orphans’ court for permission to rebury the skulls in the city’s historic African American Eden cemetery. Should the ceremony go ahead, it would amount to one of the most significant restorative processes for Black remains in America in the wake of the racial reckoning following the 2020 Black Lives Matter protests.

The effort will be closely watched by other museums and collectors across the US and around the world. “This is an important moment, it opens the door to much wider conversations about these collections,” said Samuel Redman, author of Bone Rooms, which traces the often dark history of the curation of human remains.

Colfax, Cruikshank, and the Latter-Day War on Reconstruction
David Daley, August 3, 2022, The Forum 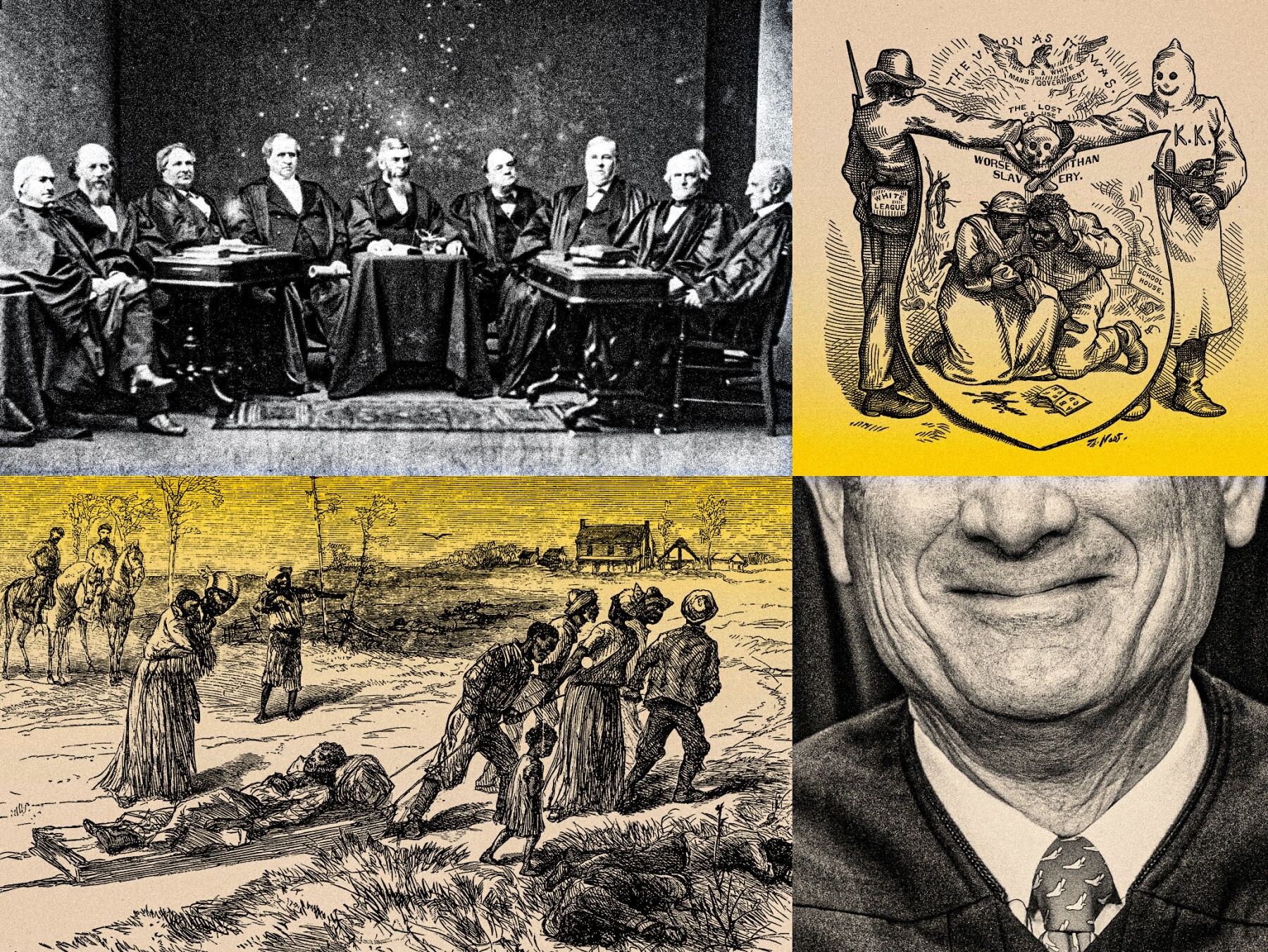 On the morning of Easter Sunday, 1873, they rode toward Colfax, the county seat of Grant Parish, located alongside the Red River, a North-central Louisiana settlement in a region of cotton plantations. In all, they numbered around 165—Klansmen, the local White League, half of them Confederate veterans, some officers—all of them armed for the next fight. They paused at a sugar house not far from town and refashioned a cannon into a deadly field gun. And before they made the final march to the Colfax courthouse, where some five dozen Black men had gathered inside to defend the local, multi-racial officials appointed after Republicans were certified the winners of a violently contested state election, a local Klan leader sought to inspire his men for the battle to come. “Boys, this is a struggle for white supremacy,” said Dave Paul. “God only knows who will come out. Those who do will probably be prosecuted for treason. And the punishment for treason is death.”

Not long after, the vigilante mob surrounded the courthouse, launched cannons, set the building aflame, and drove the Black men outside. Their subsequent surrender launched an evening of bloodshed, hangings, and massacre. When a riverboat anchored in Colfax later that evening, its passengers tripped in the dark over mutilated bodies, “shot almost to pieces,” as Charles Lane writes in his jaw-dropping history The Day Freedom Died. Altogether the massacre at Colfax claimed somewhere between 60 and 153 Black lives, and bystanders reported that they choked over clouds of charred human flesh. Eric Foner, the pre-eminent historian of Reconstruction, calls the Colfax massacre “the bloodiest single instance of racial carnage in the Reconstruction era”; his magisterial study The Second Founding concludes that one key, blood-soaked lesson of the carnage was its demonstration of “the lengths to which some opponents of Reconstruction would go to regain their accustomed authority.” 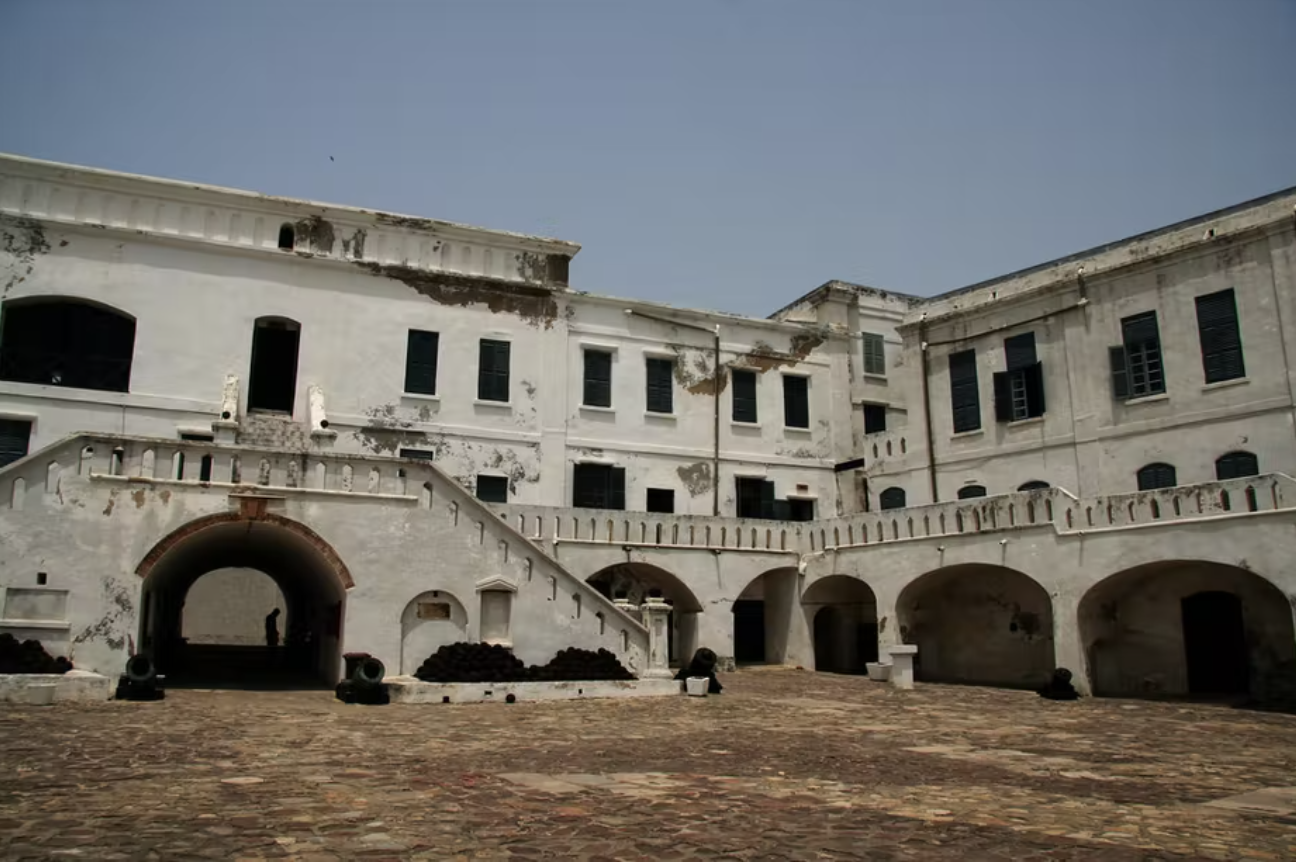 The literature and research on the abolition of slavery in places like Gold Coast (modern day Ghana) has tended to have a Eurocentric focus. Most has focused on colonial anti-slavery legislation and the abolitionist activities of Europeans. The contributions made by local Africans have been almost entirely ignored. When mentioned at all, Africans have been seen as resisting colonial efforts to abolish domestic slavery.

This focus is biased. Studying local Africans’ contributions to abolition provides a fuller understanding of its history.

In a recently published paper, I analysed 19th-century newspapers to shed light on how Africans responded to colonial abolition of domestic slavery in Gold Coast. In particular, I looked at the role played by James Hutton Brew. 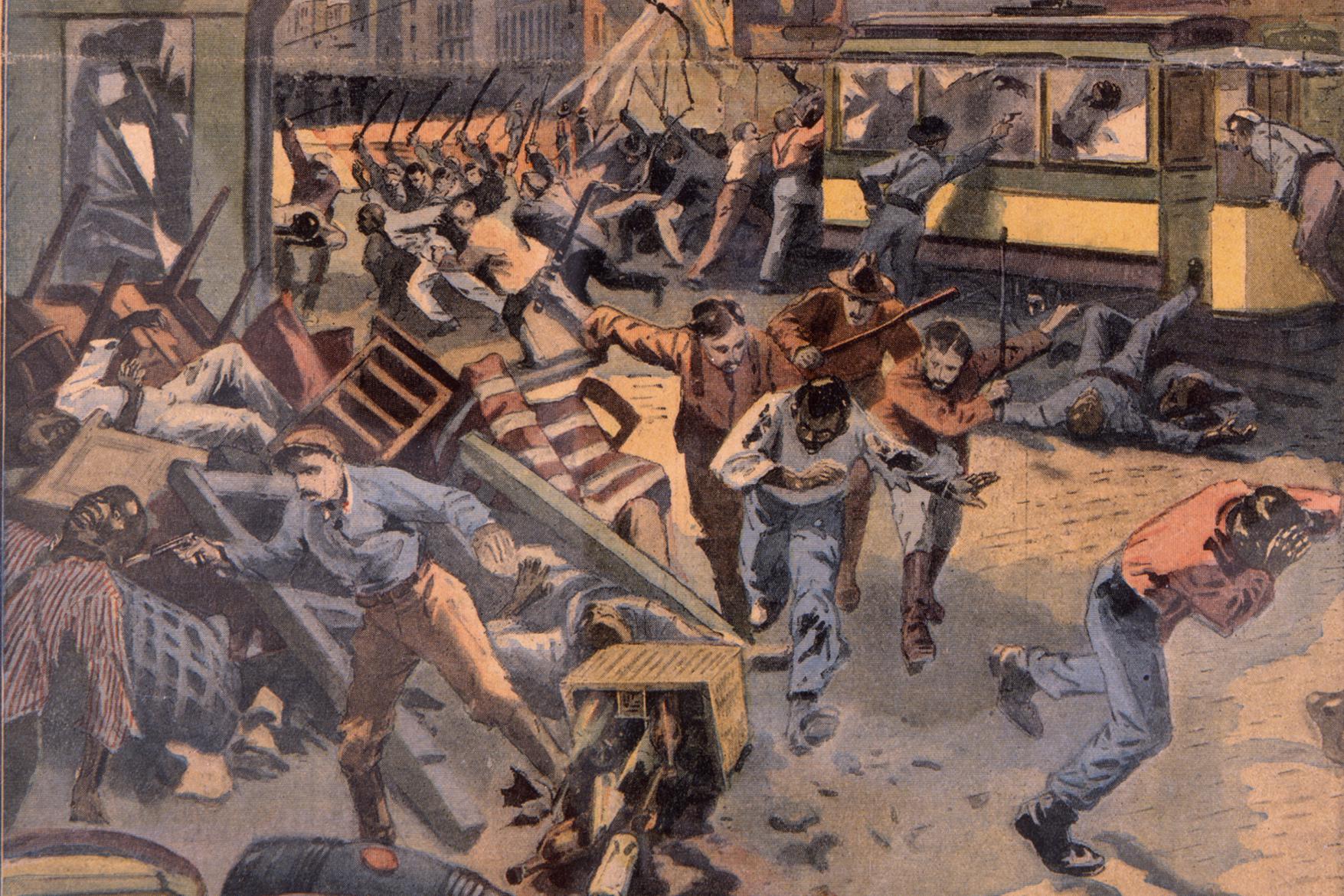 ATLANTA (AP) — Everyone who moves through downtown Atlanta today passes places where innocent Black men and women were pulled from trolleys, shot in their workplaces, chased through the streets and beaten to death by a mob of 10,000 white men and boys.

But few have been taught about the 1906 Atlanta Race Massacre, which shaped the city’s geography, economy, society and power structure in lasting ways. Much like the Red Summer of 1919 in the South and Northeast and the Tulsa Race Massacre of 1921 in Oklahoma would years later, the white-on-Black violence in Atlanta shattered dreams of racial harmony and forced thousands from their homes.

A grassroots coalition is working to restore Atlanta’s killings and their legacy to public memory. Historic markers and tours are planned for this September’s anniversary. A one-act play will be performed simultaneously at group dinners across the city. Organizers are seeking 500 hosts, with the ambitious goal of seating 5,000 people to discuss the lasting effects.

These activists say the massacre doesn’t fit comfortably in Atlanta’s “cradle of the civil rights movement” narrative, but they insist on truth-telling as some politicians push to ignore the nation’s history of racial violence.