It’s Not Looking Too Good for Government of the People, by the People and for the People
Jamelle Bouie, May 27, 2022, The New York Times 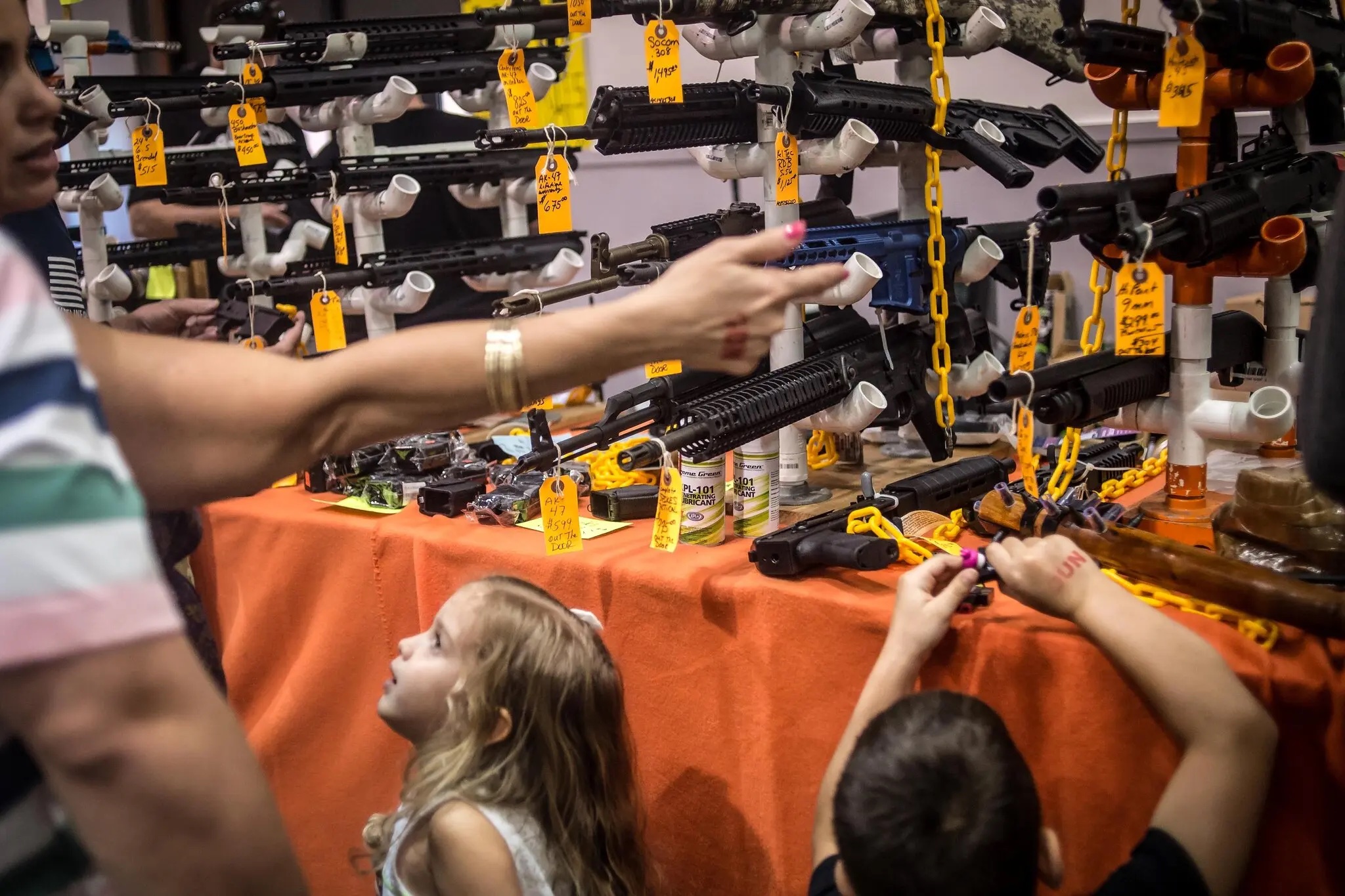 The antislavery politicians of the 1840s and 1850s did not speak with a single voice.

Some opposed slavery for moral and religious reasons and hoped to wipe its terrible mark from the body politic of the United States. Some opposed slavery but denied that the federal government had any right to interfere with the institution in the 15 states where it persisted. They were committed to “free soil” in the West more than abolition in the South. Still others weren’t concerned with slavery per se as much as they were fiercely opposed to Black migration from the South. They opposed slavery, and supported colonization, because it was the way to ensure that the United States would remain a “white man’s democracy.”

What tied the antislavery factions of American politics to one another wasn’t a single view of slavery or Black Americans but a shared view of the crisis facing the American republic. That crisis, they said in unison, was the “slave power.”

The “slave power” thesis was the belief that a slaveholding oligarchy ran the United States for its own benefit. It had ruled the nation for decades, went the argument, and now intended to expand slavery across the continent and even further into the North. 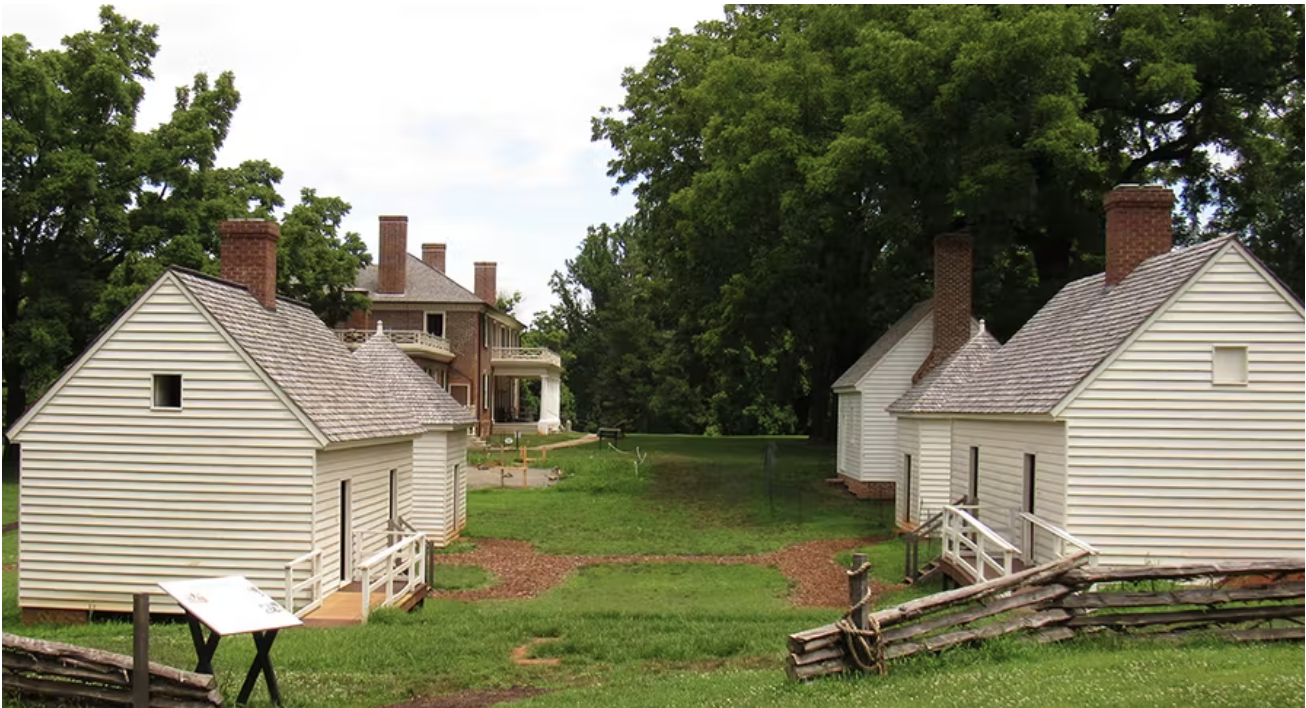 On May 17, 2022, after weeks of negative stories on Montpelier in the national press, the foundation that operates the Virginia plantation home of James Madison finally made good on its promise to share authority with descendants of people enslaved by the man known as “the father” of the U.S. Constitution.

This agreement is the result of a long struggle by this descendant community to make enslaved people more prominent in the history Montpelier offers the public.

Though presidential plantation museums began addressing the topic of enslavement over 20 years ago, descendants were not given power over their ancestors’ stories.

In 2018, provoked by years of slavery’s being taught in erroneous ways, a summit of educators, museum professionals and descendants gathered at Montpelier to define a set of best practices for how historic sites should work with descendant communities.

Ensuring that enslaved people’s descendants have power and authority within these institutions is central to the guide.

We Are Not So Divided Over History Education
Kevin M. Levin, June 6, 2022, Civil War Memory

Despite the passage of legislation in multiple states across the country banning Critical Race Theory (which is not part of any state history curriculum) and the 1619 Project from the classroom, a recently-released report suggests that overall parents are satisfied with what their children are learning.

According to the report:

More parents believe their child’s school is teaching about race and racism, the impact of slavery, and sexuality and gender identity in a way that is consistent with their values than not.

It suggests what many of us have claimed from the beginning. Republicans are stoking the culture wars and dividing Americans for their own political self interest, by claiming that history teachers are encouraging their white students to hate their country and themselves for the injustices of the past.

One of the most common accusations made by Republicans is that school systems and teachers specifically are hiding problematic material from parents. This claim is also undercut by the report.

Three-quarters of parents (76%) say their child’s school does a good job keeping them informed about the curriculum, including potentially controversial topics. No differences exist by party affiliation. 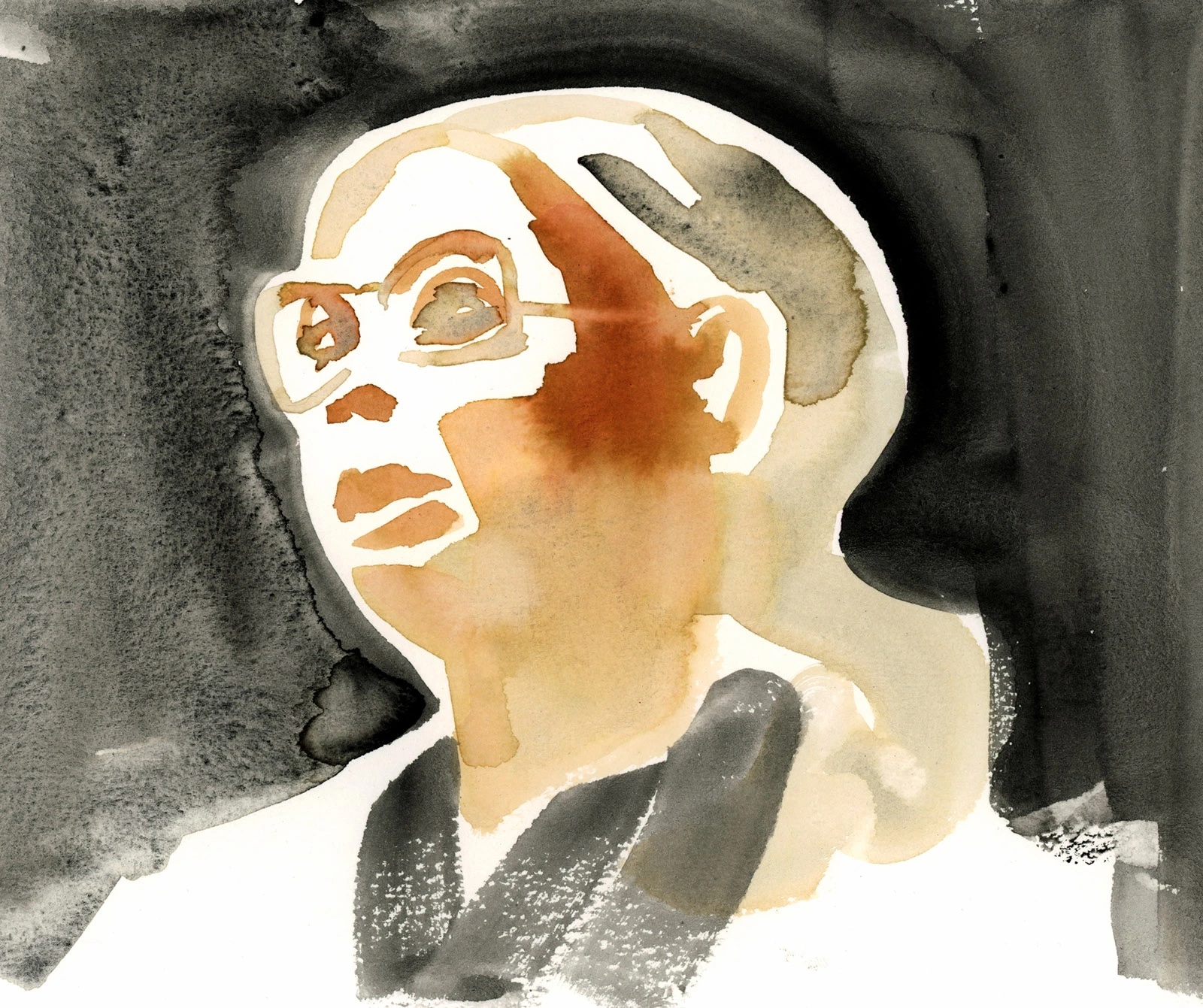 During the last decades of the sixteenth century, enslaved Africans escaping from sugar plantations began to congregate deep in the untracked interior of northeastern Brazil. In the lush uplands of what was then the Captaincy of Pernambuco, they established clusters of villages, fortified them with palisades, created a polity of their own based on African models, and named it Palmares, after the palm trees that grew in profusion there. By the middle of the seventeenth century the population of Palmares is estimated to have exceeded 20,000—at a time when Rio de Janeiro had only 7,000 inhabitants. Throughout the 1600s Portuguese colonial authorities, rightly fearing that Palmares was becoming both a threat to their hegemony and a beacon to those still enslaved, sent one expeditionary force after another to try to eradicate the community, but they succeeded only after more than a century of effort, in 1695.

The Unseen Depths of Winslow Homer’s “The Gulf Stream”
Mark Dery, May 30, 2022, Hyperallergic 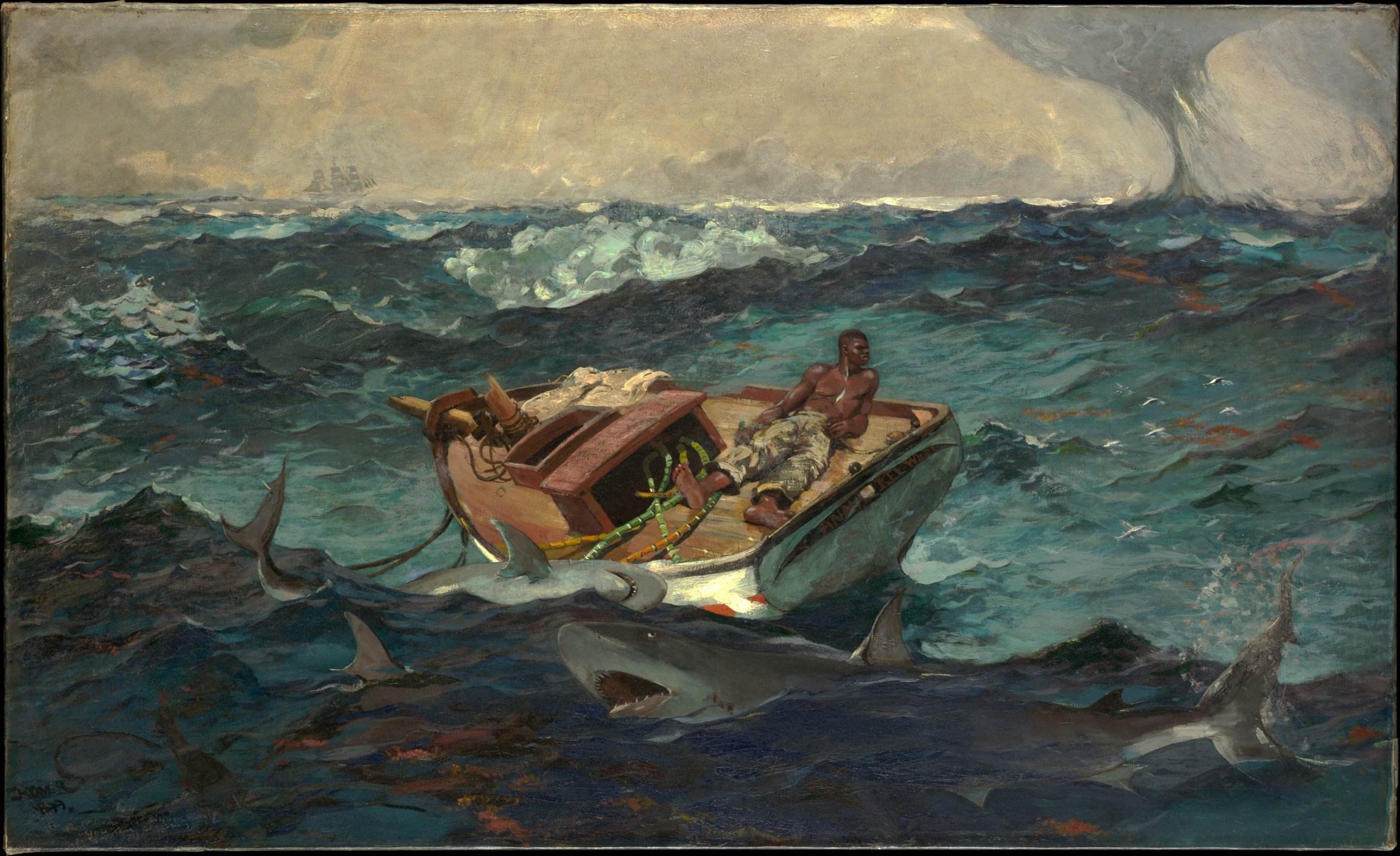 Somewhere off Key West, a hurricane-battered sloop drifts, dismasted, in heaving seas. A bare-chested Black man lies on its perilously tilted deck, gazing at something beyond the picture frame. He has the muscular beauty of classical statuary, the stoic resignation of a fallen gladiator facing down death. And death is coming: lashing its way toward us is the waterspout that will surely capsize his boat. In the shadowy foreground, sharks circle, on the edge of frenzy; one of them—a gape-mouthed monster erupting out of the depths—seems as if it’s about to lunge through the picture frame.

For as long as I can remember, “The Gulf Stream” (1899; reworked by 1906), the iconic painting at the heart of Winslow Homer: Crosscurrents at the Metropolitan Museum of Art in New York (on view April 11 – July 31, 2022), has played an enigmatic yet powerfully evocative role in my personal mythology. It’s a deeply, darkly polyvalent work, which explains its mesmeric spell and shifting meanings from 1906, when the Met acquired it, right up to the present.

The land of the freed people
Jonneke Koomen, May 2022, Africa is a Country 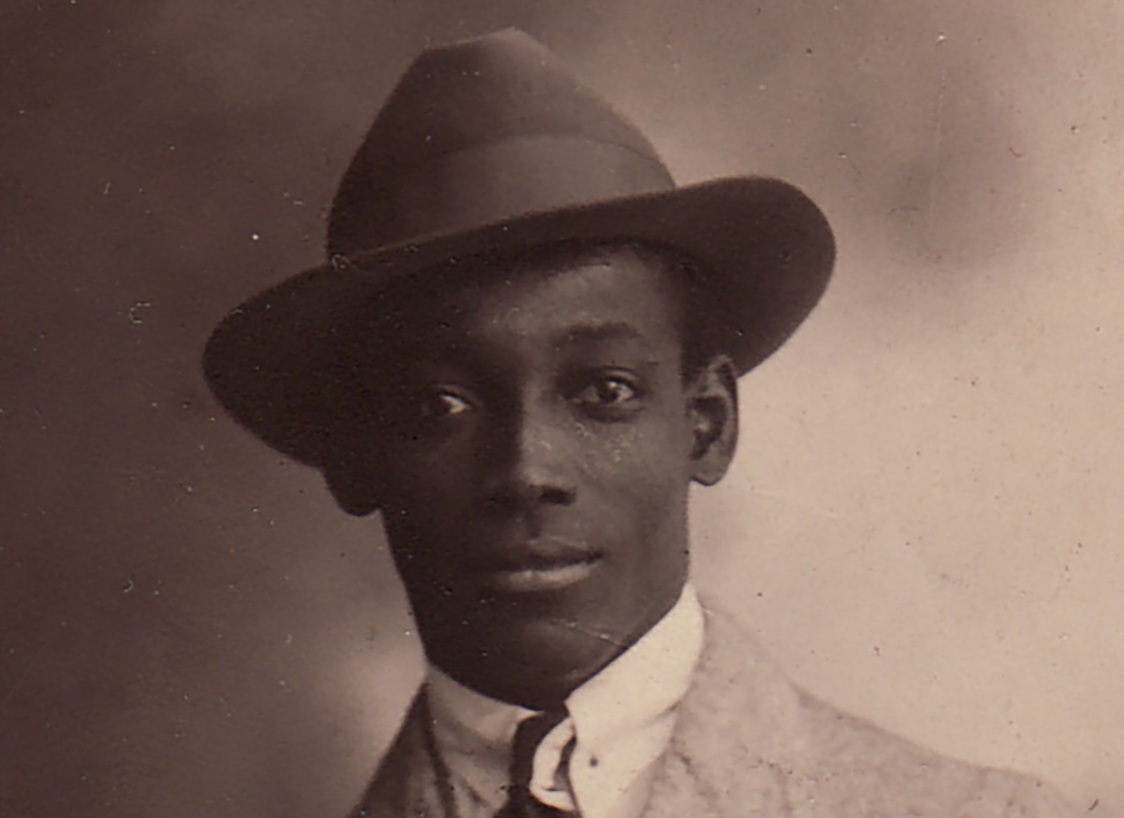 Anton de Kom was born in 1898 in Frimangron (roughly: land of the free people), a working-class creole neighborhood of Paramaribo, Suriname. Anton’s father, Adolf, was freed from slavery as an infant on keti koti, the abolition of slavery on July 1 1863, which took place in Suriname 30 years after emancipation in the British Caribbean.  After a so-called transition period where the Dutch required “freed” slaves to keep working on plantations for another decade, authorities instituted compulsory basic education.  In the language of the colonizer, schools were to promote “civilization” and impose a “unifying” language (Dutch) in a place they viewed as bewilderingly diverse, undisciplined and inefficient. Adek, as De Kom is known in Suriname, attended these colonial schools modeled on the Dutch system.

In Wij Slaven van Suriname (We Slaves of Suriname), first published in Dutch in 1934 and now in English for the first time, De Kom reflects on the ways colonial education taught him to loathe himself. Confined to the back of their classrooms and forbidden from speaking Sranantongo, Black children learned heroic stories of Dutch “explorers” and colonizers. Writing 30 years before the Brazilian Paulo Freire’s Pedagogy of the Oppressed, De Kom recalls,

We, who searched our history books in vain for the names of the rebels Boni, Baron, Joli Coeur, did our utmost so that, when the exam came, we could quickly rattle off the names and days of the Dutch governors under whose administration our fathers had been imported as slaves.