As TomDispatch regular Karen Greenberg, author of Subtle Tools: The Dismantling of Democracy from the War on Terror to Donald Trump, makes clear today, it's one that seems capable of holding only pregnant women "responsible" for anything. (Certainly, the same shouldn't be true for presidents, especially not The Donald!) 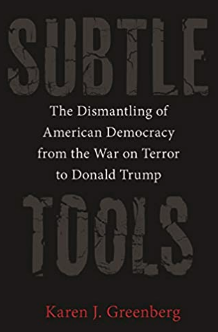 Why has the United States already become so heavily invested in the Russia-Ukraine war? And why has it so regularly gotten involved, in some fashion, in so many other wars on this planet since it invaded Afghanistan in 2001?  Those with long memories might echo the conclusion reached more than a century ago by radical social critic Randolph Bourne that “war is the health of the state” or recall the ancient warnings of this country's founders like James Madison that democracy dies not in darkness, but in the ghastly light thrown by too many bombs bursting in air for far too long.

In 1985, when I first went on active duty in the U.S. Air Force, a conflict between the Soviet Union and Ukraine would, of course, have been treated as a civil war between Soviet republics. In the context of the Cold War, the U.S. certainly wouldn’t have risked openly sending billions of dollars in weaponry directly to Ukraine to "weaken" Russia. Back then, such obvious interference in a conflict between the USSR and Ukraine would have simply been an act of war. (Of course, even more ominously, back then, Ukraine also had nuclear weapons on its soil.)

2 days ago...
William Astore, Must the U.S. Be Involved in Every War?

5 days ago...
Todd Miller, Without Trump, the Border Is Still a Profitable Battlefield

1 week ago...
Rajan Menon, War Is Hell (Even for Those Far from the Battlefield)

9 days ago...
Engelhardt, A Message in a Bottle from My Mother