A Brief History of Domestic Terrorism: From Cointelpro to 9/11 and Beyond 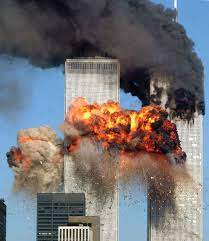 Since a new wave of ‘domestic terror attacks’ have erupted over the past two weeks both in Buffalo and now more recently in Texas, the citizens of the USA and trans-Atlantic community more broadly are being whipped up into a frenzy of fear and confusion over the causes of ‘domestic terror’ which can only be remedied by increased dictatorial powers of the population.

As has often been the trend in our post-9/11 age, such highly publicized atrocities have tended to carry in their wake ever expanded state powers to surveil, censor and manipulate the confused and fearful population who lacks an ability to discern the true causes of the horrifying events framed for their consumption on mainstream media.

Before acquiescing to greater tyrannical powers to those agencies controlling western governments in exchange for promised security, it were wise to evaluate how and why terrorism – domestic or otherwise – has tended to arise over the past century.

If, in the course of conducting this evaluation, we find that terrorism is truly a “naturally occurring phenomenon”, then perhaps we might conclude alongside many eminent figures of the intelligence community and Big Tech, that new pre-emptive legislation targeting the rise of a new conservative-minded domestic terrorist movement is somehow necessary. Maybe the censoring of free speech, and the surveillance of millions of Americans by the Five Eyes is a necessary evil for the sake of the greater good.

However, if it is revealed that the thing we call “terrorism”, is something other than a naturally occurring, self-organized phenomenon, but rather something which only exists due to vast support from western political agencies, then a very different conclusion must be arrived at which may be disturbing for some.

But how to proceed?

Before it was revealed that ISIS was being supported by a network of Anglo-American intelligence agencies and their allies in a failed effort to overthrow Bashar al Assad, an exhaustive 2012 study was conducted by the Center on National Security at Fordham Law School. This study provides a convenient entry point to our inquiry.

In this course of its investigation, researchers at Fordham discovered that EVERY SINGLE ONE of the 138 terrorist incidents recorded in the USA between 2001-2012 involved FBI informants who played leading roles in planning out, supplying weapons, instructions and even recruiting Islamic terrorists to carry out terrorist acts on U.S. soil. Reporting on the Fordham study, The Nation stated:

Of course, this trend preceded 9/11 itself as we see in the case of FBI informant Emad Salem (formerly associated with the Egyptian Military) who recorded hundreds of hours of conversation between himself and his FBI handlers which were reported publicly by the New York times on October 28, 1993. Why is this important? Because Emad Salem was the figure who rented the van, hotel rooms, provided bomb-making instruction, tested out explosives on behalf of Mohammed Salamah and 15 other terrorists who carried out the February 1993 World Trade Center bombing which injured 1000 and killed 6 people.

Whether the plot was hatched by CIA-Saudi sponsored terrorists as some assume, or whether it was a controlled demolition as hundreds of architects and engineers have testified to (or whether it was a combination of both stories), one thing is certain: The official narrative is a lie and no matter how you try to explain it, two airplanes cannot cause the collapse of three WTC buildings.

Another thing is certain: Biden was happy.

Not only did Joe Biden act as one of the most aggressive voices for the invasion of Iraq in the days following 9/11, but he even bragged publicly that John Ashcroft’s 2001 Patriot Act was modelled nearly verbatim on his own failed 1994 Omnibus domestic surveillance legislation drafted in response to the first 9/11 attack and 1994 Oklahoma City bombing.

Another important outcome of 9/11 involved the re-organization of the FBI with a focus on domestic terrorist surveillance, prevention, disruption and entrapment.

In 2001, MI5’s Chief came to the USA where then-FBI director Robert Mueller was assigned the task of carrying out this new remix of U.S. intelligence that involved re-activating many of the worst characteristics of the FBI’s earlier COINTEL PRO operations that were made public during the 1974 Church Committee hearings.

An incredible report by investigative Journalist Edward Spannaus listed a short list of some of the most extreme cases of FBI entrapment between 2001-2013 in the USA:

“One of the most egregious of these cases is the so-called “Newburgh Four” in New York State, in which an informant in 2008-09 offered the defendants $250,000, as well as weapons, to carry out a terrorist plot. The New York University Center for Human Rights and Justice reviewed this case and two others, and concluded: “The government’s informants introduced and aggressively pushed ideas about violent jihad and, moreover, actually encouraged the defendants to believe it was their duty to take action against the United States.”

In Portland, Ore., it was disclosed during the trial of the “Christmas Tree bomber” earlier this year, that the FBI had actually produced its own terrorist training video, which was shown to the defendant, depicting men with covered faces shooting guns and setting off bombs using a cell phone as a detonator.

In Brooklyn, N.Y., in 2012, an FBI agent posing as an al-Qaeda operative supplied a target with fake explosives for a 1,000-pound bomb, which the FBI’s victim then attempted to detonate outside the Federal Reserve building in Manhattan.

In Irvine, Calif., in 2007, an FBI informant was so blatant in attempting to entrap members of the local Islamic Center into violent jihadi actions, that the mosque went to court and got a restraining order against the informant.

In Pittsburgh, Khalifa Ali al-Akili became so suspicious of two “jihadi” FBI informants who were trying to recruit him to buy a gun and to go to Pakistan for training, that he contacted both the London Guardian and the Washington-based National Coalition to Protect Civil Freedoms, and told them that he feared the FBI was trying to entrap him.

In the months since the events on January 6, 2021 we have only seen that this practice continued in full swing within the United States, as reports of FBI agents provocateurs began to circulate widely even being covered extensively by Tucker Carlson on June 15.