A Reckoning With How Slavery Ended
Eric Herschthal, April 15, 2022, The New Republic 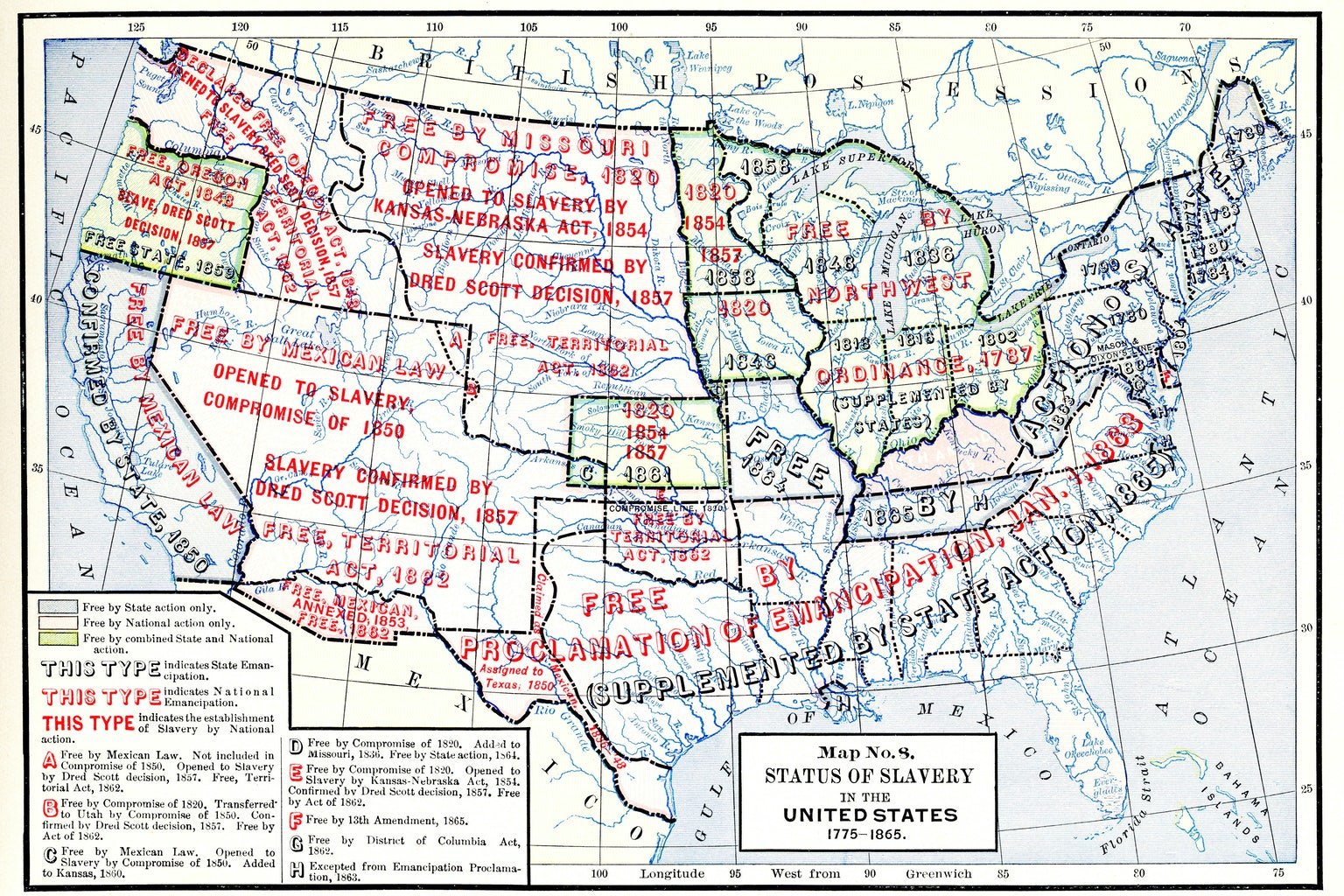 In 1955, C. Vann Woodward, the nation’s preeminent historian of the South, published a brief history of Southern segregation that Martin Luther King Jr. would call “the Bible of the civil rights movement.” The Strange Career of Jim Crow, as the book was titled, was intended to counter a common defense of segregation at the time—that it had “always been that way.” By showing that legal segregation emerged only in the 1890s, and only after attempts at interracial democracy during Reconstruction were overthrown, Woodward provided civil rights activists with a usable past: a short but rigorous history that could serve the cause of desegregation.

Kris Manjapra’s brief and important new book, Black Ghost of Empire, fits squarely within the usable past genre. To make the case for reparations in its broadest sense—not just for monetary compensation but also for a genuine repair of the relationship between Black and white people—Manjapra examines not slavery itself but the inequalities that arose during emancipation. Manjapra, an accomplished historian of race and colonialism at Tufts University, argues that wherever one looks, the legal process of emancipation was more or less the same: Slaveholders, not slaves, were given monetary compensation when slaves were freed, and new forms of racial exploitation emerged that only “prolonged and extended the captivity and oppression of black people around the world.” By highlighting the long afterlife of slavery—and the many new forms of racial oppression that emerged in slavery’s wake—Manjapra takes direct aim at the idea that abolishing slavery was enough.


Jackie Robinson was a Republican until the GOP became the ‘white man’s party’
Chris Lamb, April 15, 2022, The Conversation 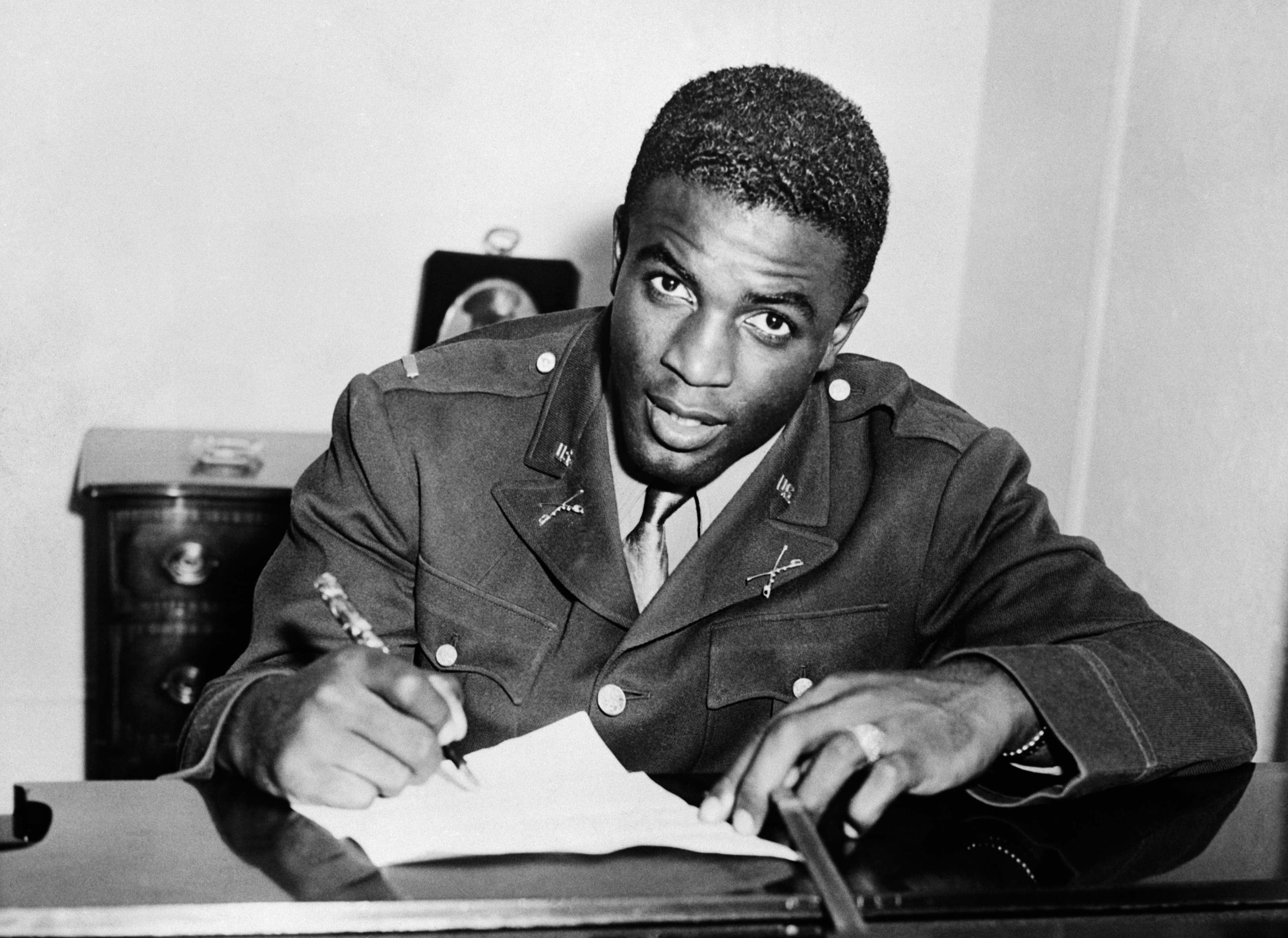 Robinson was Black, and the integration of all-white major league baseball was perhaps the most important story about civil rights in the years immediately following World War II.

The integration, Jules Tygiel wrote in his groundbreaking book Baseball’s Great Experiment, “captured the imagination of millions of Americans who had previously ignored the nation’s racial dilemma.”

As Martin Luther King Jr. famously put it, Robinson “was a sit-inner before sit-ins, a freedom rider before freedom rides.”

Major League Baseball celebrates the 75th anniversary of Robinson’s historic career on April 15, 2022, in stadiums and ballparks across the nation.

Selma is tired of being just a symbol — it wants change
Emmanuel Felton, April 11, The Washington Post 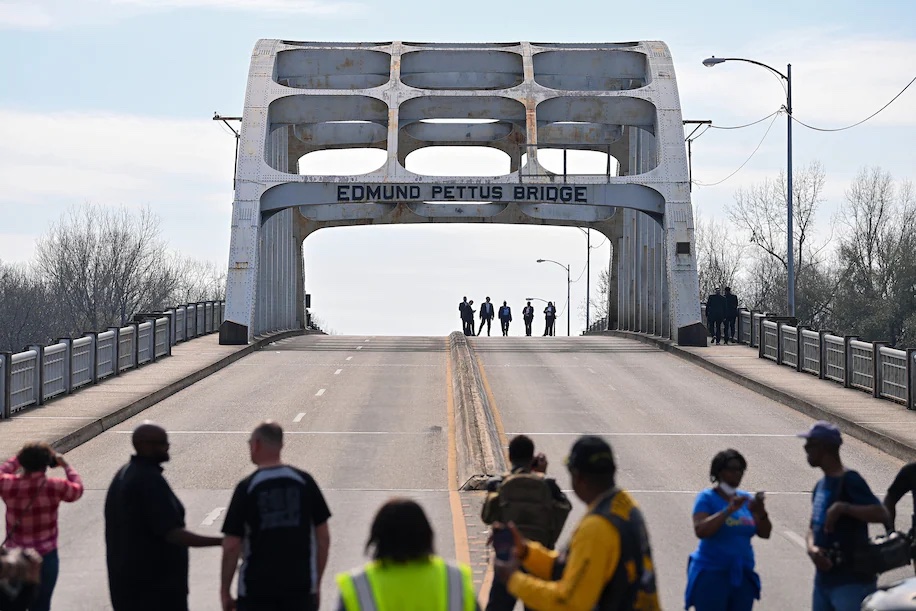 SELMA, Ala. — With the blistering Alabama sun beaming down, the crowd at the foot of the Edmund Pettus Bridge was growing restless. The mass of marchers, which stretched a full city block, audibly groaned when it was announced that not only would Vice President Harris speak, but so would the Cabinet members and many of the national civil rights leaders present. As the speeches continued, a cry would occasionally ring out from the crowd, echoing the calls made by marchers 57 years before as they tried to cross the same bridge: “Let us march.”

On March 7, 1965, more than 500 demonstrators gathered at Brown Chapel in Selma to protest poll taxes, literacy tests and other policies designed to keep Black people from voting. They marched six blocks to Broad Street, Selma’s main thoroughfare, and then tried to cross the Pettus Bridge, where they were met by state troopers who attacked them with billy clubs and tear gas when they refused to turn back. Dozens were injured, and at least 17 were hospitalized. The brutal scene was broadcast around the world, and overnight the protesters and the city of Selma became worldwide symbols of the fight for equality. 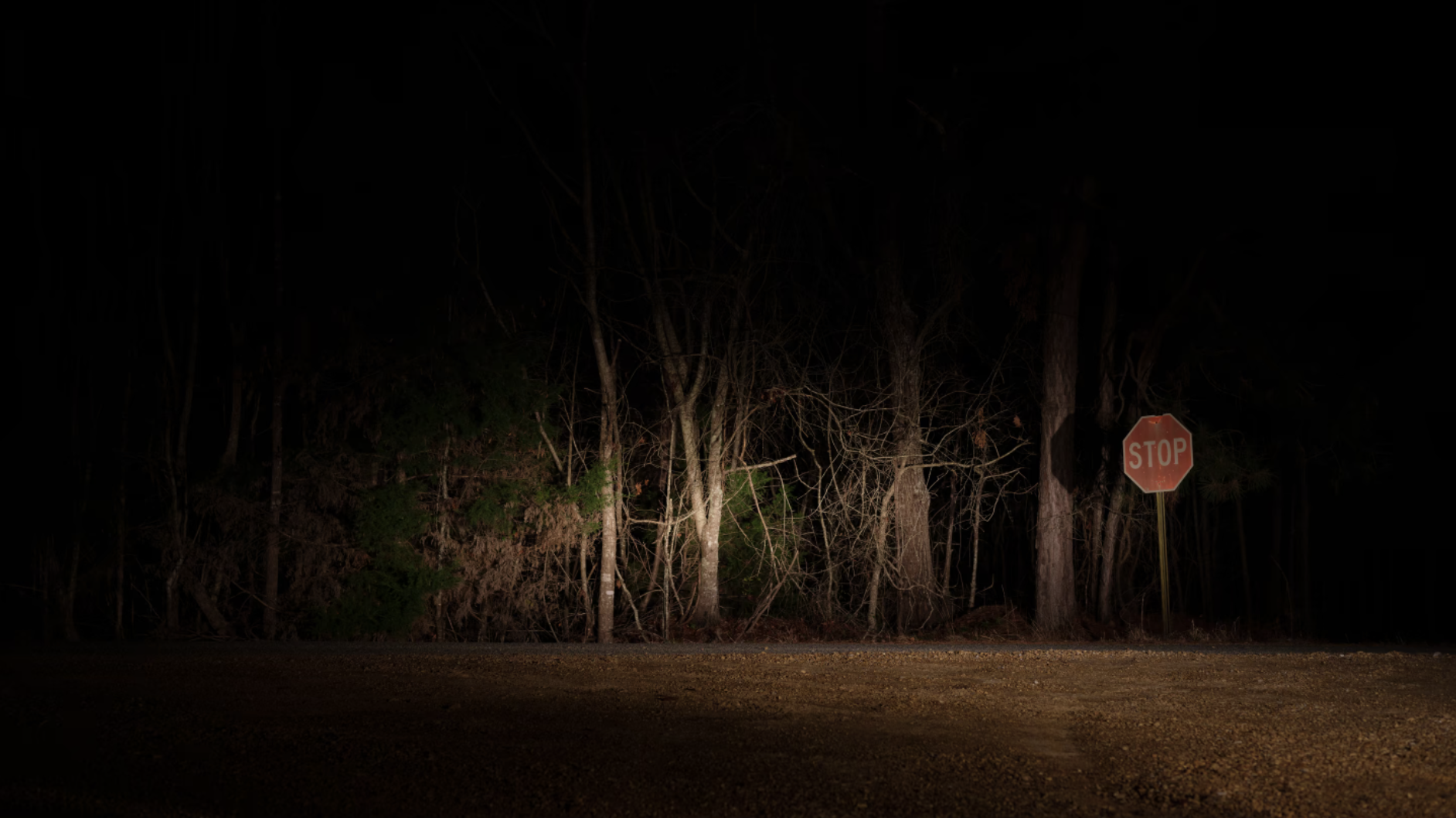 My stepdad, Obbie Riley, was born in Philadelphia, Mississippi, a place known nationally more for an act of unspeakable violence than for anything else. He turned 2 during the Freedom Summer of 1964, when nearly 1,000 volunteers from up north worked alongside local activists registering Black Mississippians to vote. A week into the project, Klansmen murdered three young civil-rights workers—James Chaney, Andrew Goodman, and Michael Schwerner—who had come to investigate the Ku Klux Klan’s burning of Mount Zion United Methodist Church, where my stepdad grew up worshipping. The violence stuck with him. He left the state after high school to look for work, but 22 years later he returned to his hometown, with history still on his mind.

Now my stepfather is one of a handful of Black folks around town who give informal tours of Philadelphia’s civil-rights history. The pandemic put these tours on hold for a while, but even before COVID, they were irregular, and could be found only by word of mouth. Guides like Obbie don’t have websites, or even Facebook pages. Yet people from all over have managed to reach them—Obbie estimates that he’s given more than 100 tours. Their popularity is understandable in a town where official sources, such as the local museum, are still reluctant to tell the story. Even in this boom time of national memorialization of Black civil-rights history, in Philadelphia, tours like Obbie Riley’s are the only real way to connect to the dark truth of our past. 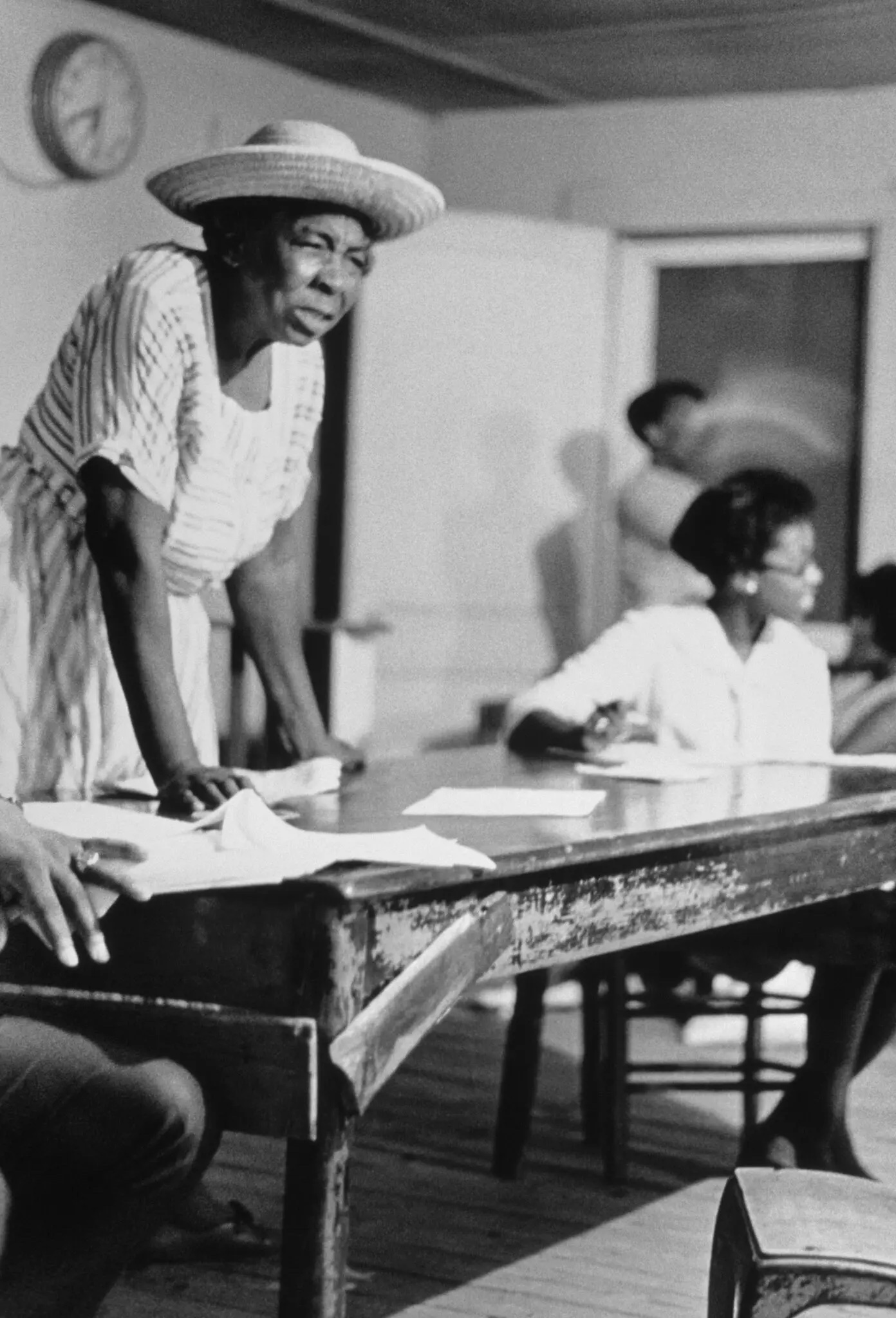 Doris Derby, an educator, artist, activist and civil rights era photographer who turned her camera away from the violence of the times to capture the quieter moments of the movement, and in so doing documented the transformation of Black life in rural Mississippi, died on March 28 in Atlanta. She was 82.

Her death, at a hospice facility, resulted from complications of cancer, said Charmaine Minnifield, an Atlanta-based artist and friend.

It was the searing images of children blasted by fire hoses, of peaceful protesters set upon by snarling dogs and policemen, batons aloft, that drew the Bronx-born Dr. Derby — newly graduated from Hunter College in Manhattan after studying cultural anthropology — to Jackson, Miss., in the fall of 1963. When she began to take photos, however, her subject matter was different.