In the News #BigIsms #Abolition

For a Black Man Hired to Undo a Confederate Legacy, It Has Not Been Easy
Matt Stevens, April 17, 2022, The New York Times 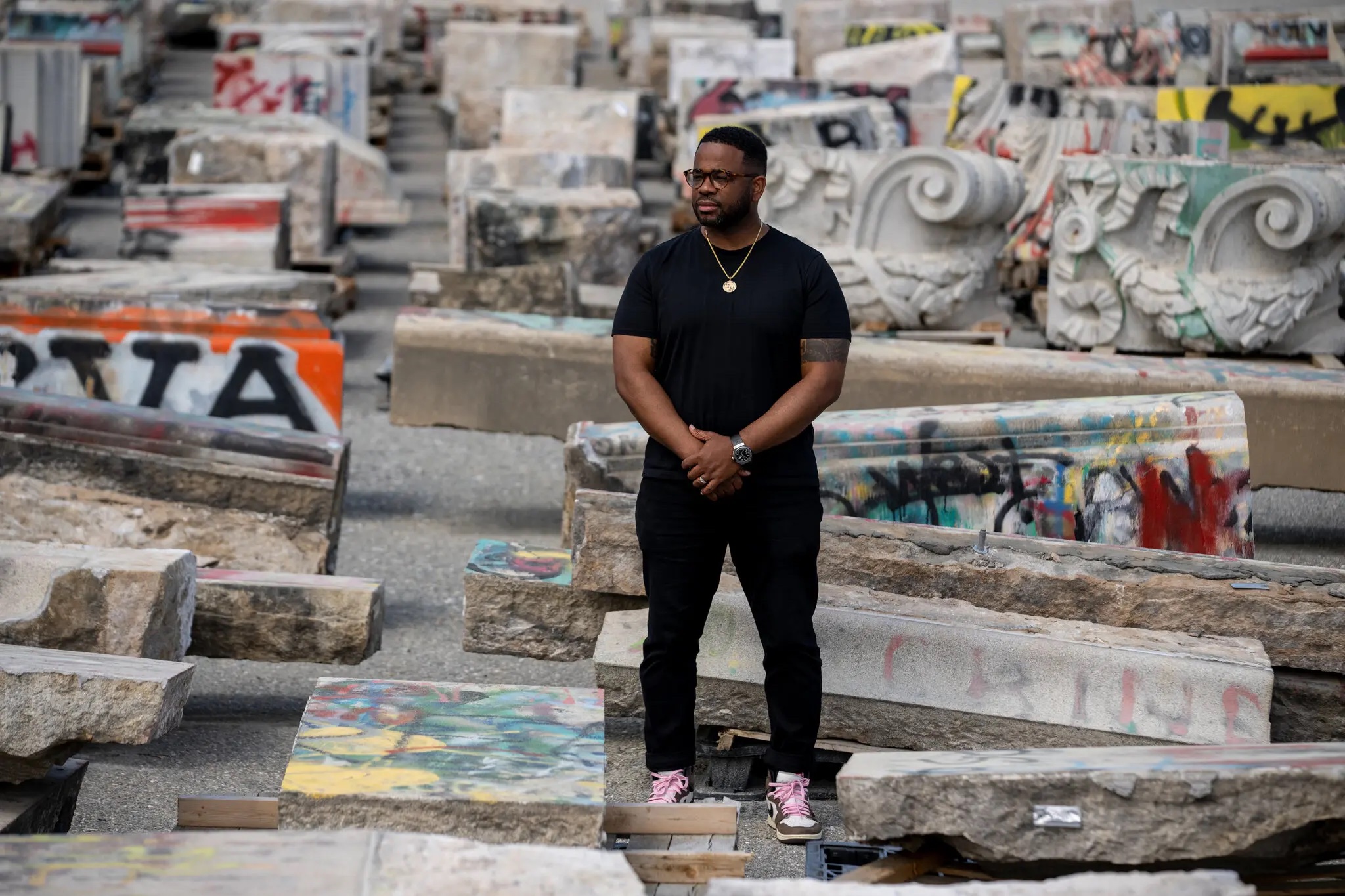 RICHMOND, Va. — As Devon Henry and his construction team take down the last remnants of statues that long dotted this former capital of the Confederacy, they have developed a grim game.

Random passers-by, some in vehicles, others on foot, often make known their disapproval of Mr. Henry’s work — so often, in fact, that Mr. Henry, who is Black, began to keep count of the many times he or a Black crew member were called an incendiary racial slur.

The count is 72 and climbing, according to Mr. Henry, who has emerged as the go-to statue remover not only for this city, but for all of Virginia and other parts of the South. 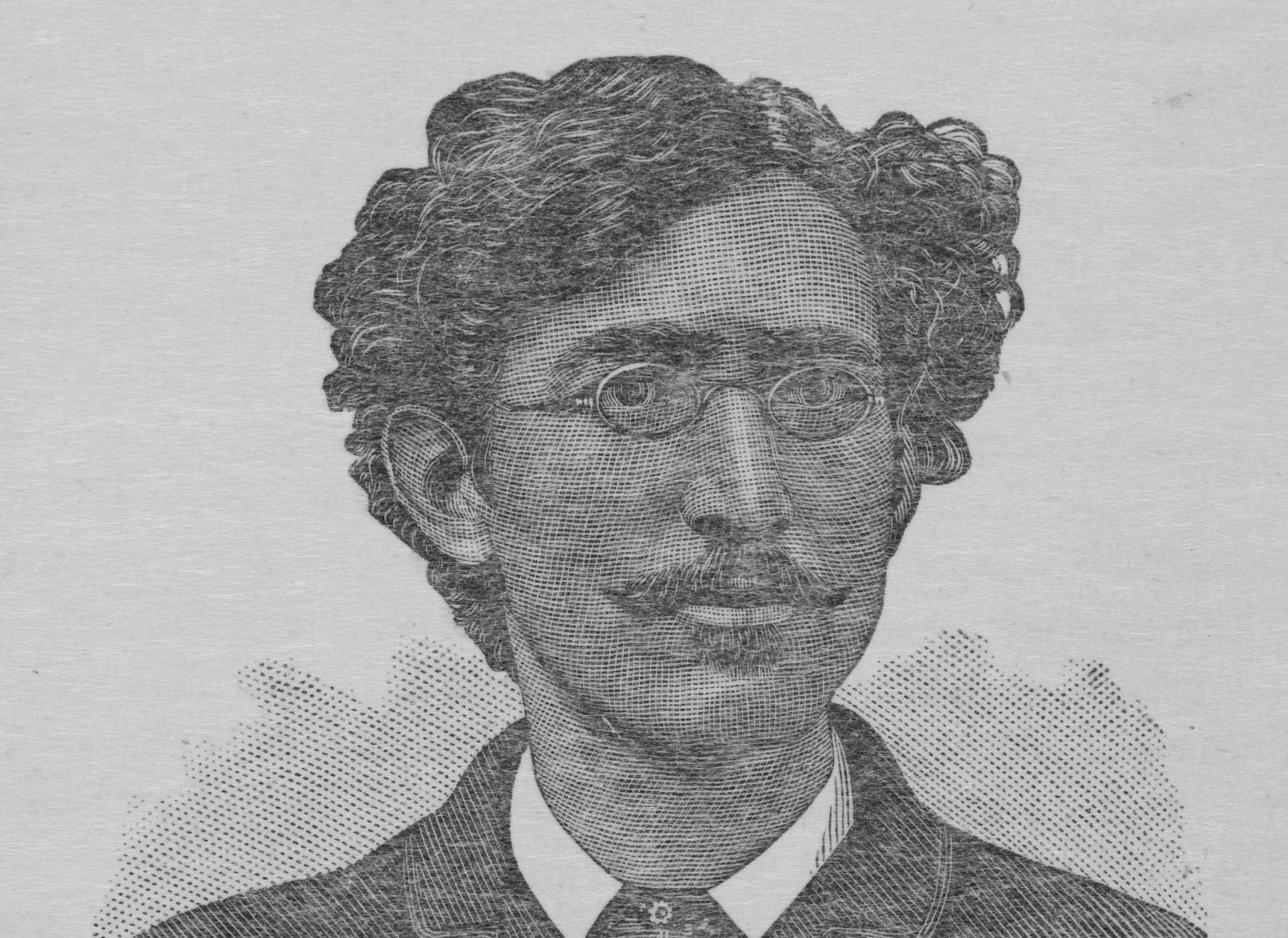 Nearly every activist I encounter these days identifies as an abolitionist. To be sure, movements to abolish prisons and police have been around for decades, popularizing the idea that caging and terrorizing people makes us unsafe. However, the Black Spring rebellions revealed that the obscene costs of state violence can and should be reallocated for things that do keep us safe: housing, universal healthcare, living wage jobs, universal basic income, green energy, and a system of restorative justice. As abolition recently became the new watchword, everyone scrambled to understand its historical roots. Reading groups popped up everywhere to discuss W. E. B. Du Bois’s classic, Black Reconstruction in America (1935), since he was the one to coin the phrase “abolition democracy,” which Angela Y. Davis revived for her indispensable book of the same title.

I happily participated in Black Reconstruction study groups and public forums meant to divine wisdom for our current movements. But I often wondered why no one was scrambling to resurrect T. Thomas Fortune’s Black and White: Land, Labor, and Politics in the South, published in 1884. After all, it was Fortune who wrote: “The South must spend less money on penitentiaries and more money on schools; she must use less powder and buckshot and more law and equity; she must pay less attention to politics and more attention to the development of her magnificent resources.” Du Bois, on the other hand, praised Reconstruction efforts to establish and improve the penitentiary system in what proved to be a futile effort to eliminate the convict lease. Much shorter but no less powerful, Fortune’s Black and White anticipates Du Bois’s critique of federal complicity in undermining Black freedom, but sharply diverges by declaring Reconstruction a miserable failure. He argues that the South’s problems can be traced to the federal government allowing the slaveholding rebels to return to power and hold the monopoly of land, stripping Black people of their short-lived citizenship rights, and refusing to compensate freed people for generations of unpaid labor. The result was a new kind of slavery: “the United States took the slave and left the thing which gave birth to chattel slavery and which is now fast giving birth to industrial slavery.” Du Bois echoes Fortune, but adds that white labor’s investment in white supremacy ensured “a system of industry which ruined democracy.” 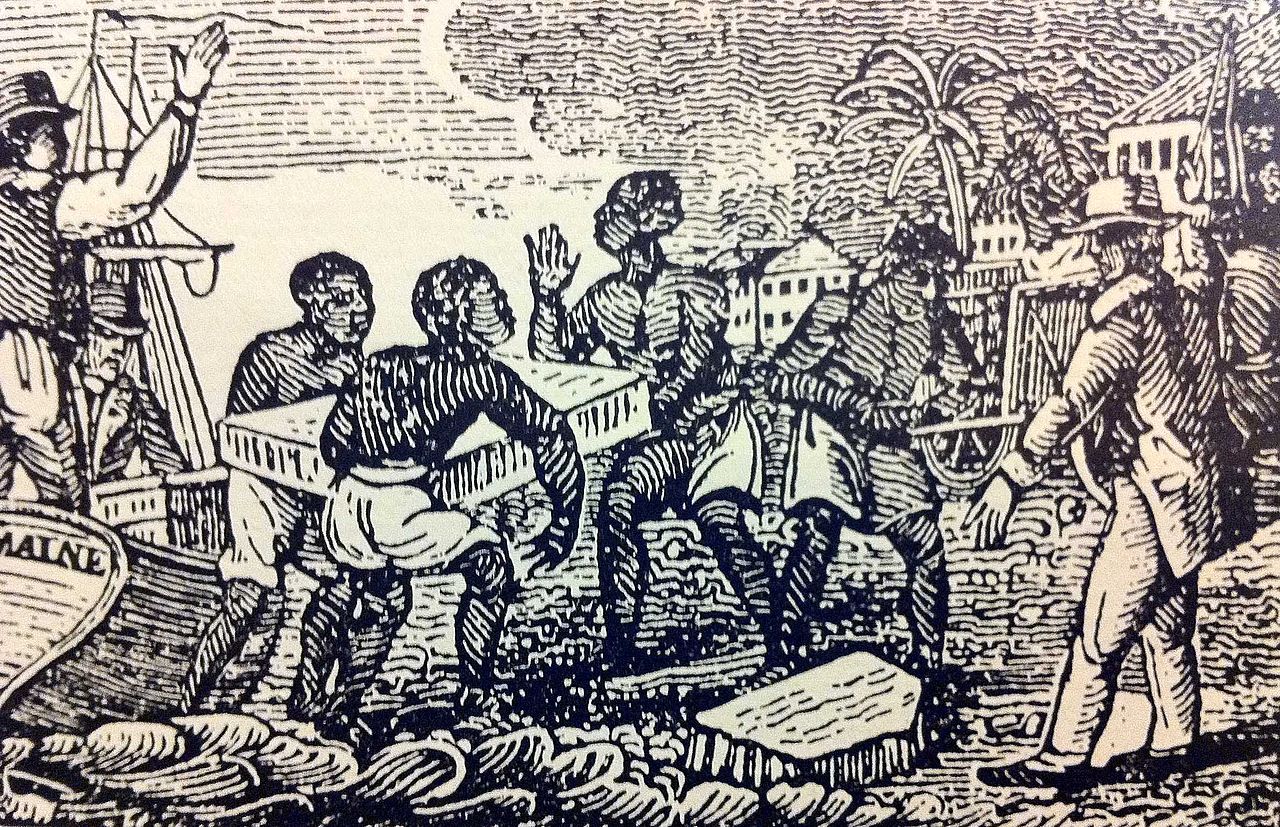 In November 1898, white men in Wilmington, North Carolina, overturned the election of Black officials to local government, sparking a riot that led to the burning of the city’s Black business district and the murder of at least 60 Black people. At the very same time, congressmen in the United States were debating how to treat the Indigenous, Black, and mestizo citizens of their new Caribbean possessions following the Spanish American War: Cuba and Puerto Rico. In order to prove their ability to govern themselves—that is, in order to placate the US government—the light-skinned leaders of Cuba’s independence movement pushed aside some of the island’s Black citizens’ ideas about racial democracy and equality.

Thus, 1898 was like so many other moments in US and Cuban history: then, as now, it was impossible to fully understand the history of one nation without the other. 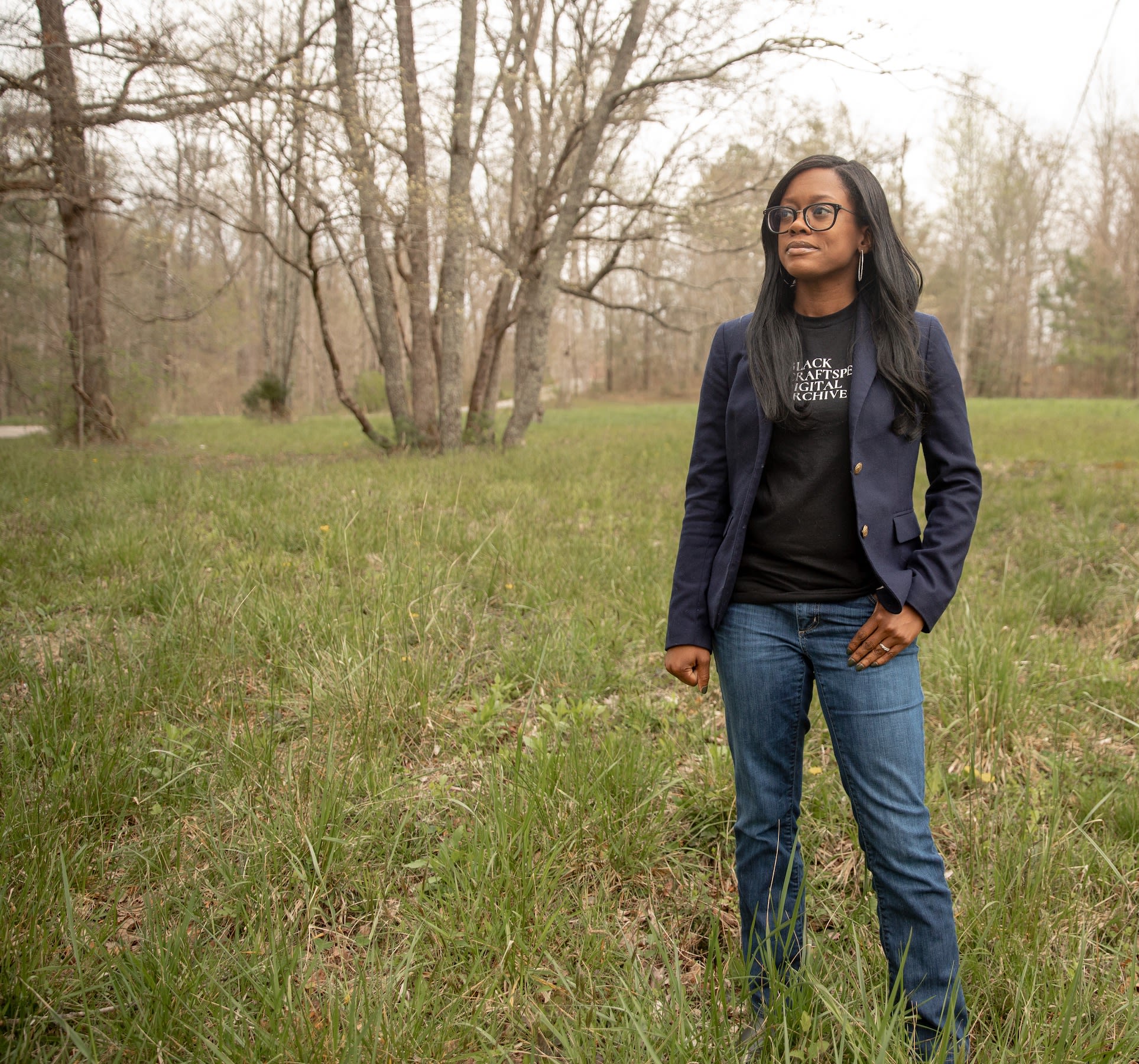 In February 2020, in the months after Tiffany Momon joined the University of the South as a postdoctoral fellow in the Southern Studies program, she journeyed to Charleston, South Carolina, to deliver a lecture on John “Quash” Williams in the Art and Architecture Lecture Series at the Historic Charleston Foundation. Williams was a craftsman who had played a central role in building some of that city’s finest houses. Not only was he an artisan and designer of surpassing brilliance, but he was also a superb manager of talent, leading teams of craftspeople on the design and construction of ambitious projects.

The title of Momon’s talk was “The Divine Craftsman in the Holy City: The Untold Story of John ‘Quash’ Williams.” Momon, now an assistant professor of history at Sewanee, sums up her argument this way: “John Williams should be mentioned on every walking tour—every carriage tour—in the city of Charleston. His life was anything but ordinary.” 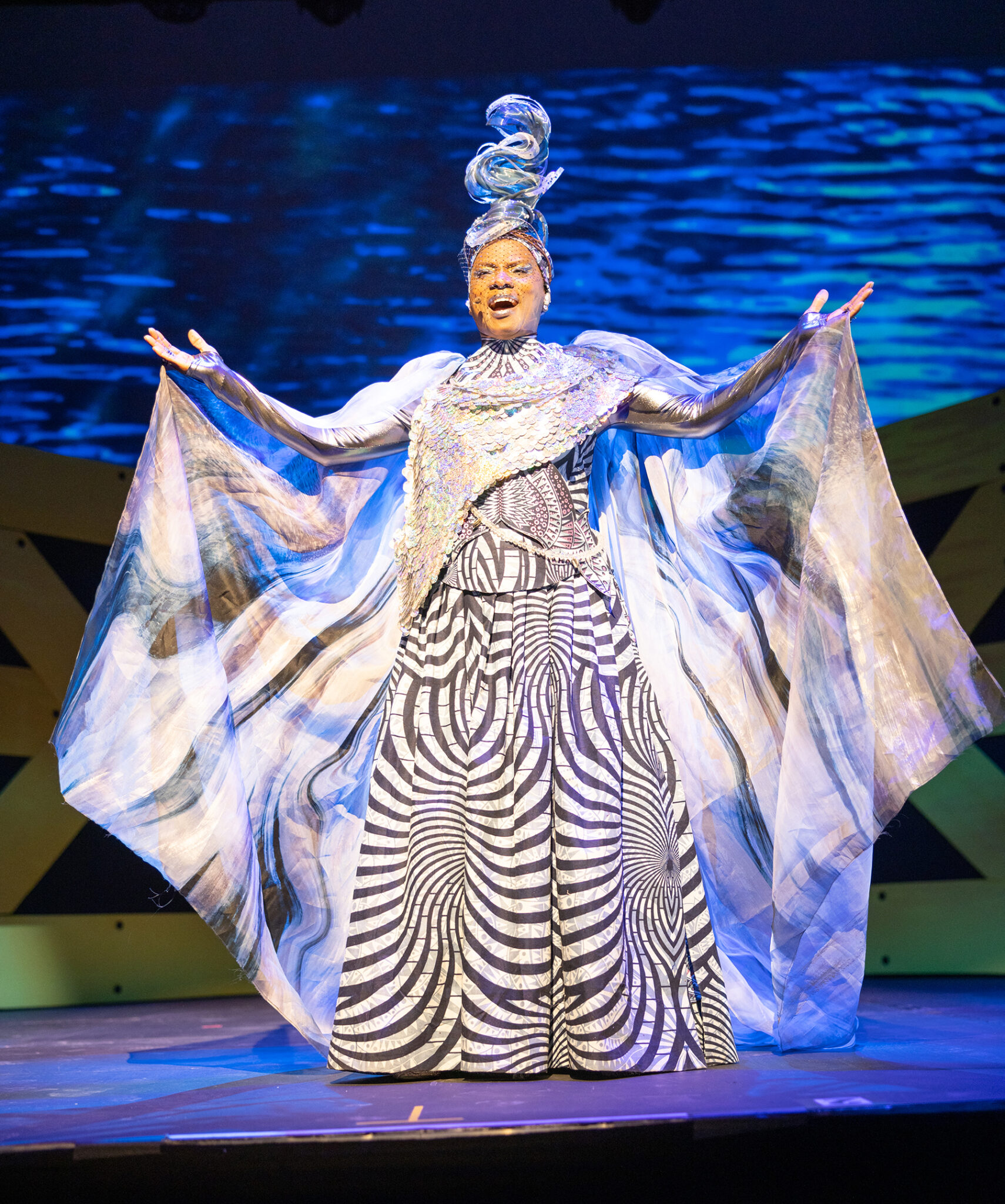 Growing up in Ouidah, a coastal city in Benin that was once part of the West African kingdom of Dahomey, Angélique Kidjo was haunted by the specter of slavery. Her family passed on narratives about ancestors who resisted the trans-Atlantic trade that enriched the monarchy while preying upon neighboring peoples.

These stories hovered in the shadows, even as Ouidah became a pilgrimage destination for people drawn to its history as a conduit for hundreds of thousands of Africans on their way to bondage in the Americas.

“I come from that village, and even now the topic is impossible to talk about,” Kidjo told The Chronicle. “It’s not taught in school.”

But now Kidjo is putting the spotlight on the legacy of this world-shaping trauma from a mythic West African perspective in her ambitious new musical production “Yemandja,” which makes its Bay Area premiere Saturday, April 23, at UC Berkeley’s Zellerbach Hall. Starring the five-time Grammy Award-winning vocalist, songwriter and human rights activist backed by her band, it’s a fully staged work that recasts the slave trade as a parable about gods and humans and the generation-rippling costs when people are cleaved from their culture.