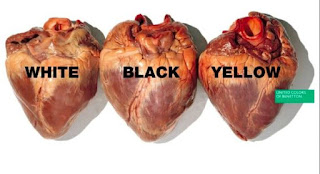 INVENTING THE MYTH OF RACE

The notion and practice of classifying humans into races based on skin color and other physical traits started a few centuries ago. This idea likely evolved from medieval European religious and folk ideas about the importance of blood and inheritance.

The 17th century marked a major turning point in the development of racial hierarchies: That’s when the first enslaved Africans landed in the Virginia colonies. Over time, the notion that groups could be divided and ranked based on natural and God-given traits evolved into a justification for slavery, colonization, and the displacement and genocide of Native Americans. European settlers largely ignored the sovereignty of Native American tribes, including their land rights. Settlers also began to pass race-based laws that upheld ideas of white supremacy, such as giving indentured Europeans legal rights that were not extended to enslaved Africans. By 1691, sex and marriage between Europeans and Africans was legally prohibited as a way to prevent racial mixing.