The House might pass a long-ignored bill to study reparations for slavery. Why now?
Katherine Tate, March 23, 2022, The Washington Post 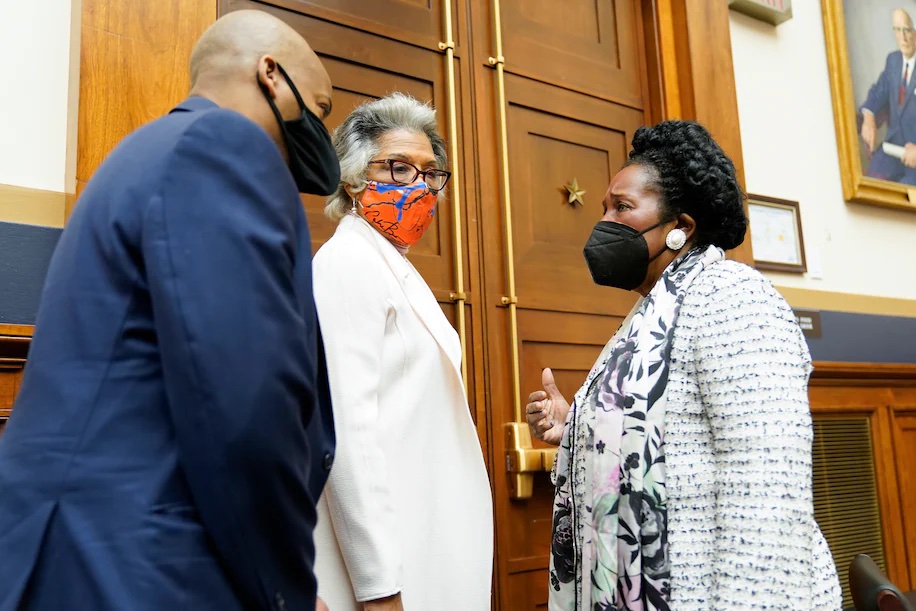 The U.S. House of Representatives appears poised to pass a bill to establish a reparations commission, which John Conyers Jr. (D-Mich.) first introduced in 1989. Conyers regularly sponsored the bill — known as H.R. 40, for the “40 acres and a mule” promise made to formerly enslaved Black people by a Union general in 1865 — and usually got about 30 co-sponsors, mostly Black lawmakers. The bill never made it out of committee.

After Conyers retired in 2017, Rep. Sheila Jackson Lee (D-Tex.) took over the bill. In the last congressional session, she won more than 173 co-sponsors, including a sizable number of White Democrats. This round, the bill has 196 backers; the bill was voted out of committee in April 2021.

What changed? Why is H.R. 40 suddenly passable?

Several developments worked in the bill’s favor. Black lawmakers are now key players in Washington. While Congressional Black Caucus (CBC) members were once critics and outsiders in an unresponsive Democratic Party, they are now party insiders. And the Black Lives Matter protests in 2020 pushed many Democratic legislators to take Black concerns more seriously.

President Biden is set to sign into law a bill that enhances penalties for lynchings, which it defines as hate crimes that result in injury or death. The Emmett Till Anti-Lynching Act of 2022, which Congress passed earlier this month, makes lynching punishable by 30 years imprisonment.

"Congress is finally succeeding in taking the long overdue action by passing the Emmett Till Anti-Lynching Act," said Majority Leader Chuck Schumer in remarks on the Senate floor after the bill's passage. "Hallelujah. It's long overdue."

Introduced by Rep. Bobby Rush of Illinois, the bill is named after Emmett Till, a 14-year-old African American from Chicago who while visiting family in Mississippi in 1955 was viciously beaten and killed by two white men. Till's murder — and his mother's decision to hold an open-casket funeral — captured national attention and exposed the horrors of white supremacy and racial violence across the South. 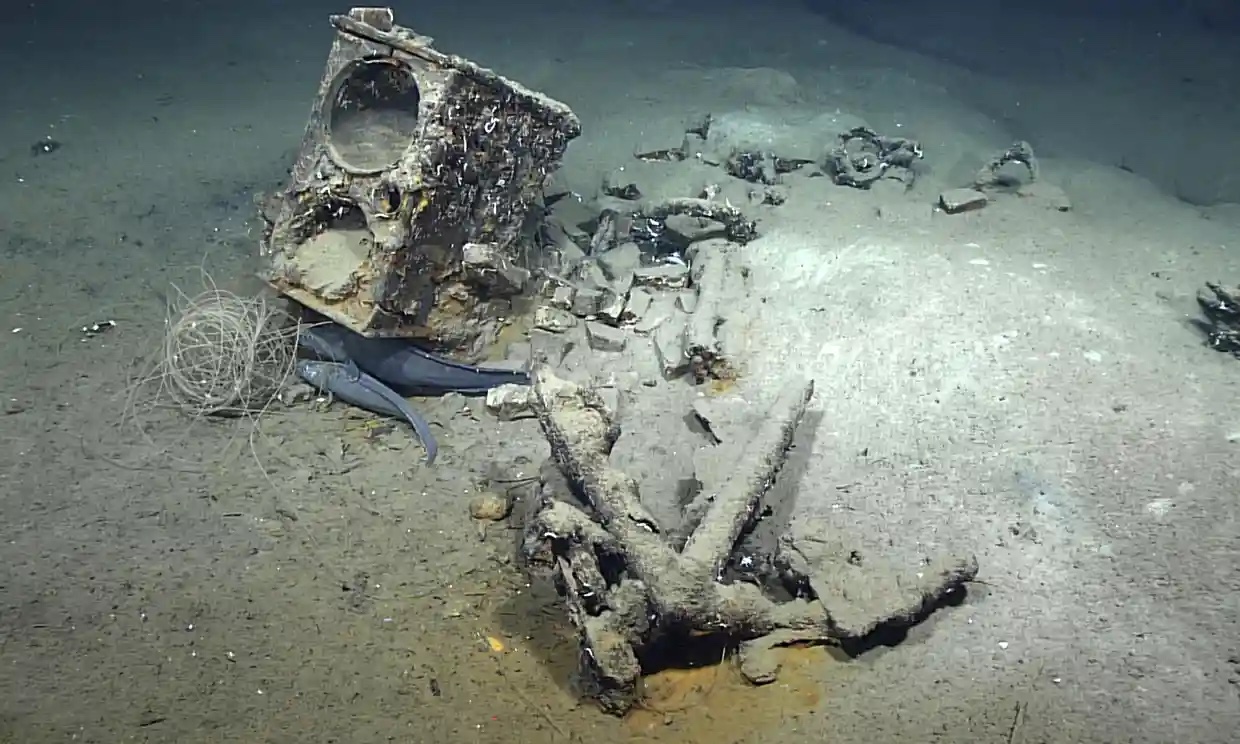 Scientists have announced the discovery of a 207-year-old whaling ship that sank in the Gulf of Mexico, revealing evidence about descendants of African enslaved people and Native Americans who served as essential crew members.

The 64-foot long, two-masted wooden ship was built in 1815 in Westport, Massachusetts, and was used to hunt whales from the Atlantic Ocean, the Caribbean sea and the Gulf of Mexico, but sank during a storm on 26 May 1836, the New York Times reported.

Experts say the discovery of the ship gives new insight into the lives of Black and Indigenous mariners as well as their extensive contributions to the booming trade.

How Are We Still Debating Interracial Marriage in 2022?
Jamelle Bouie, March 25, 2022, The New York Times 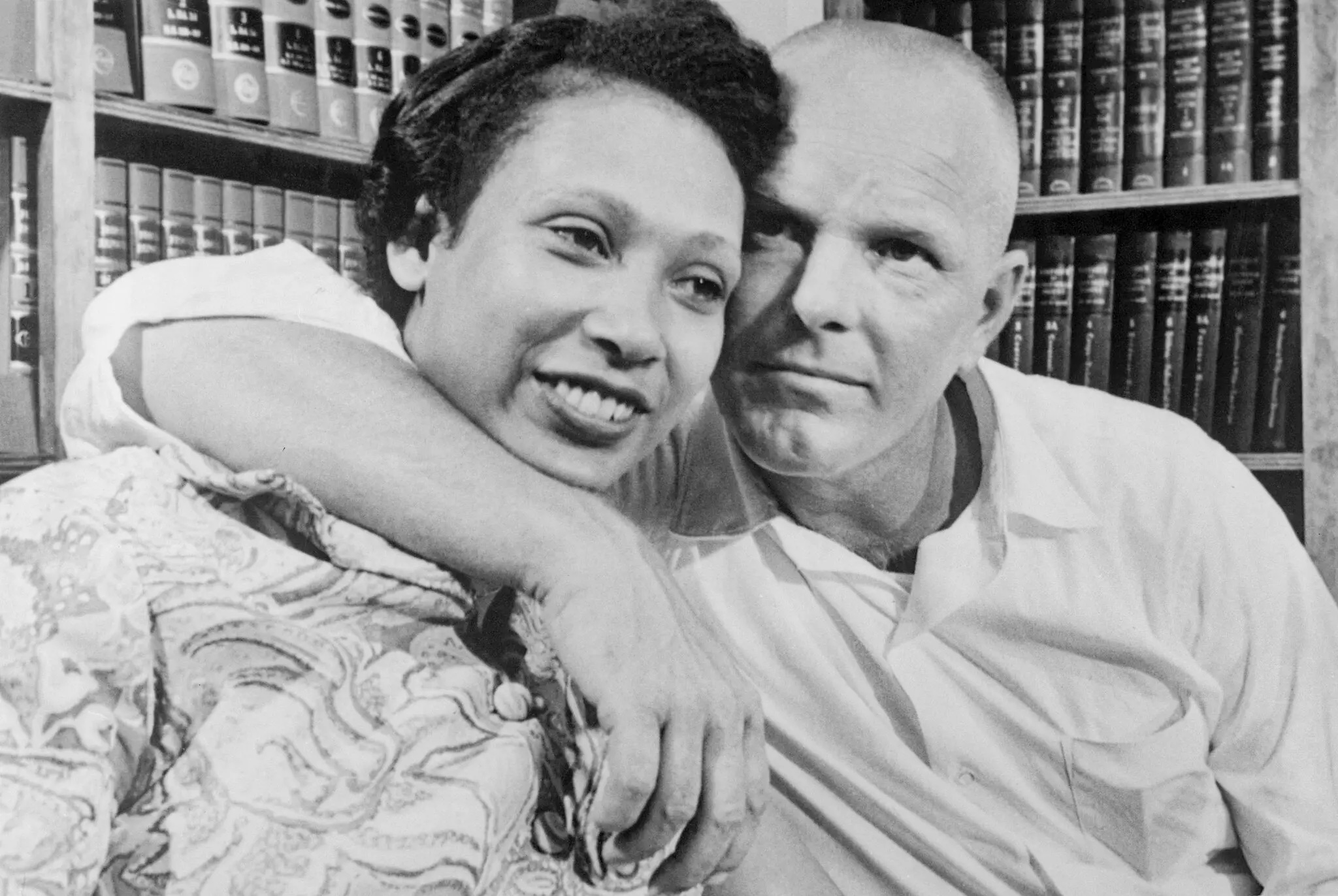 “You would be OK with the Supreme Court leaving the question of interracial marriage to the states?”

“Yes,” said Senator Mike Braun of Indiana while fielding questions from local media on Tuesday. “If you’re not wanting the Supreme Court to weigh in on issues like that, you’re not going to be able to have your cake and eat it, too,” he said. “That’s hypocritical.”

Braun walked this back, of course, undoubtedly aware of the damage it could do if he let it stand. “Earlier during a virtual press conference, I misunderstood a line of questioning that ended up being about interracial marriage,” he said in a statement to NBC News. “Let me be clear on that issue — there is no question the Constitution prohibits discrimination of any kind based on race, that is not something that is even up for debate, and I condemn racism in any form, at all levels and by any states, entities or individuals.”

As damage control goes, this was unpersuasive. It’s not just that the questions he originally answered were clear; it’s that Braun’s answer was consistent with what he had said throughout the news conference. His argument to reporters was that the existence of certain rights, and the particular shape they take, was best left to the states. He used abortion and marijuana legalization as examples. It was then that a reporter asked if this applied to interracial marriage.

As a historian of slavery, I know just how much the royal family has to answer for in Jamaica
Trevor Burnard, 25 March 2022, The Guardian 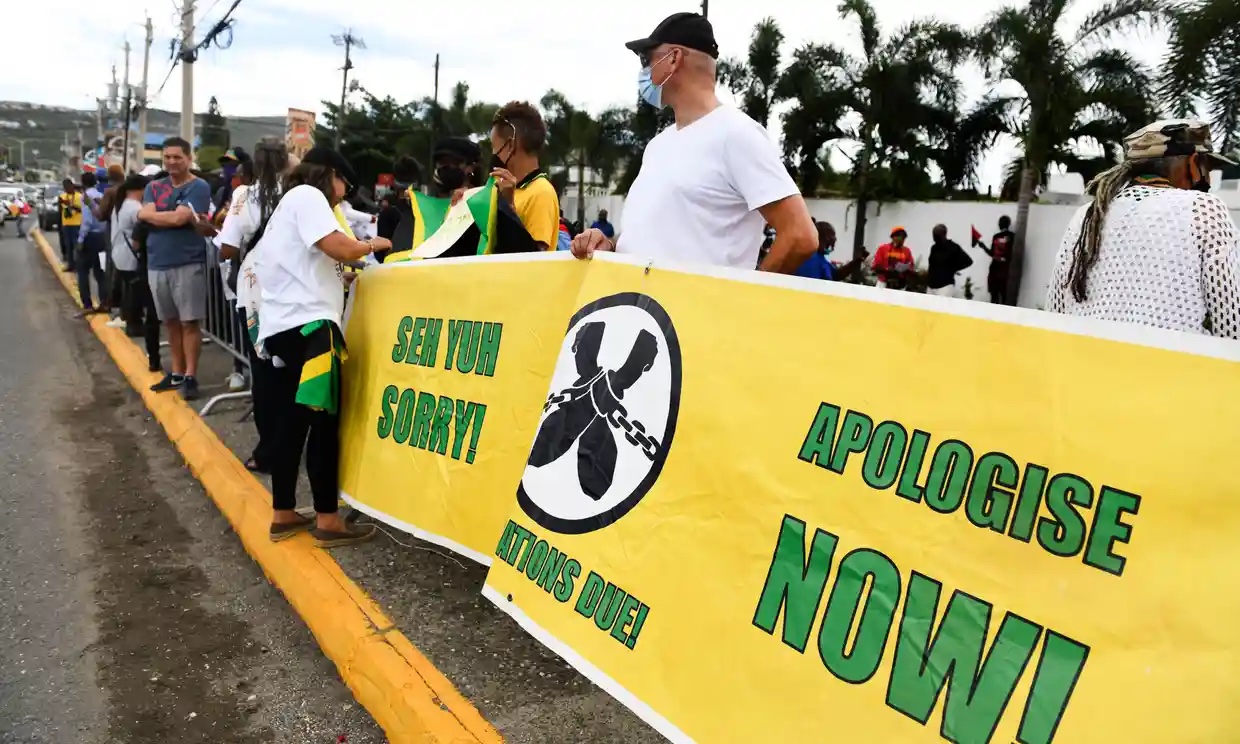 It wasn’t supposed to go like this. Usually, royal tours are full of cheering people lining the streets and gushy accounts of glamorous dresses. There has been some of that during the royal visit by the Duke and Duchess of Cambridge to the Caribbean. But there also have been protests, especially in Jamaica, where many people want the royal family to apologise for its role in institutionalising slavery on the island. To top it all off, it has also been reported this week that Jamaica has begun the process of removing the Queen as the head of state.

Such a reckoning with Britain and its state is long overdue. Jamaica in the 18th century was described by Charles Leslie as a “constant mine, whence Britain draws prodigious riches”. It contributed greatly to the wealth of individuals thousands of miles away, such as William Beckford, Lord Mayor of London and the owner of well over 1,000 enslaved people, whose statue still graces Guildhall in London. But more significantly, it enriched Britain by filling the coffers of the Treasury with money from taxes levied on sugar and rum. Britain was the greatest slave trader in the Atlantic world during the 18th century, sending nearly 1 million captive Africans to Jamaica between 1655 and 1807, resulting in a population of enslaved people barely over 300,000, due to horrific mortality rates. Black people suffered greatly for white people’s enjoyment of sweet things.

Kingston, where the Duke and Duchess of Cambridge visited, is the Ellis Island of forced migration to places that were colonised by the British in the 17th and 18th centuries. More Africans arrived in Kingston to become plantation slaves than arrived in any other place in the British empire. The visiting royals might have acknowledged this fact by visiting the foreshore and noting the trauma for Jamaicans, most of whom are descendants of those people arriving from Africa some centuries back, rather than kicking a football around and playing bongos in Trench Town.

Children of the Hush Harbor: Historic Black Churches and the Fight to Save Them
Orilonise D. Yarborough, March 18, 2022, National Trust for Historic Preservation

For a group of people taken from their homes, stolen away to a foreign place, seeking community, and looking for a safe space, faith was—and continues to be—a major cornerstone of the Black experience in America. From the hush harbors where enslaved Africans would worship in secret, to Richard Allen, a minister and educator who spread the message of the A.M.E. Church by sewing his writings into the sleeves of coats he tailored, the faith institutions of Black people in America are intricately intertwined with our histories and legacies. They are borne out of a legacy extending back to Africa, while creating new cultural traditions for Black people in the United States.

In 2022 the Lilly Endowment, Inc and the National Trust’s African American Cultural Heritage Action Fund announced a $20 million dollar investment in Black churches and congregations across the country. The intention behind Preserving Black Churches is to reimagine, redesign, and redeploy historic preservation to address the institution’s needs and the cultural assets and stories they steward.

This program builds on the work of the Action Fund which has long supported the preservation of Black sacred spaces. This includes Asbury United Methodist Church, and Clinton A.M.E. Zion Church, two examples of institutions and congregations that are working to preserve their story as sites of worship.