When Everyone Around You Is Talking About the End, Talk About Black History
Tiya Miles, February 13, 2022, The New York Times 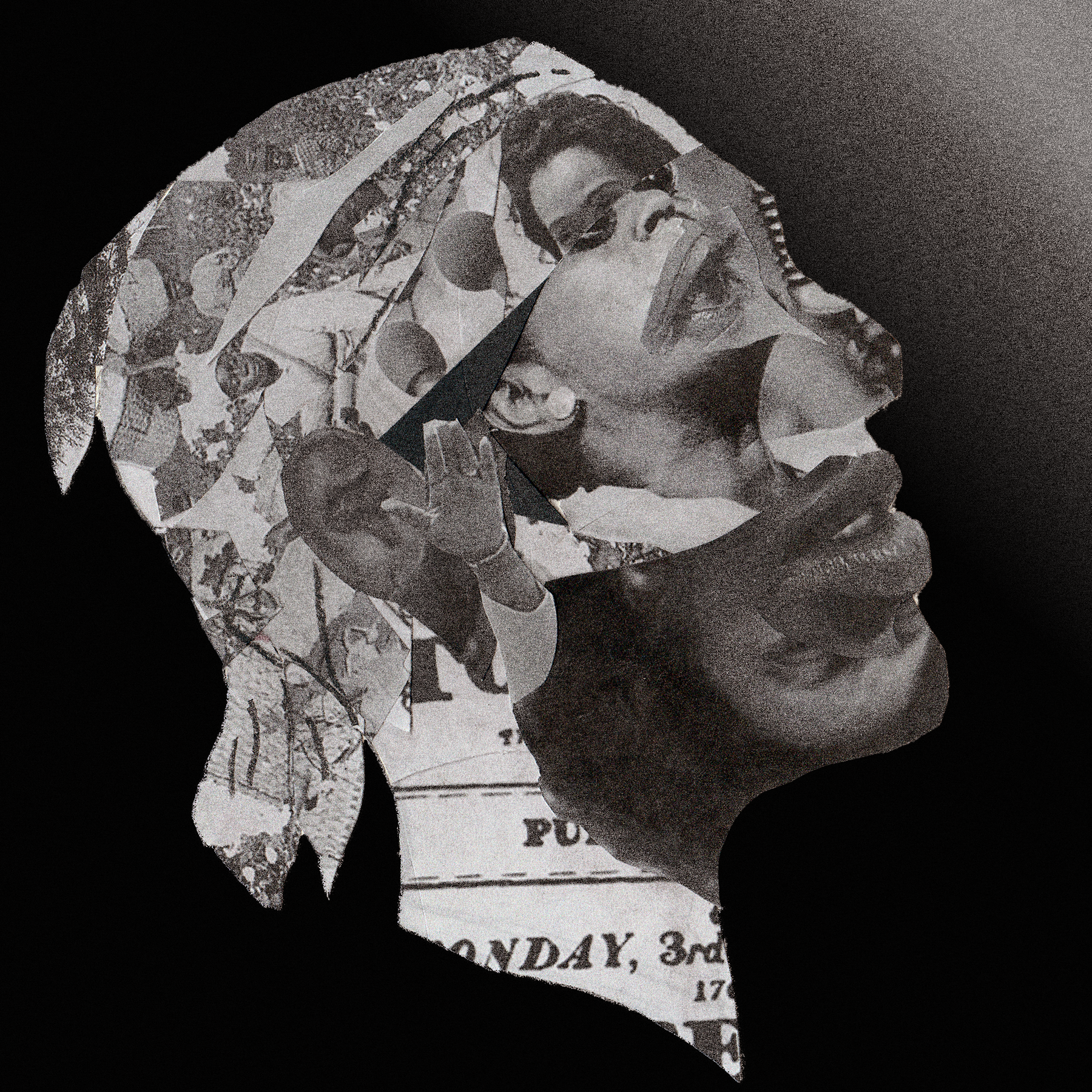 Everyone around me seems to be talking about the end. The end of nearly a million American lives in the Covid pandemic; the end of American democracy; the end of a public bulwark against racism and blatant antisemitism; the end of the post-Cold War peace in Europe; the end of the stable climate; and the end of our children’s best futures, to name a few undeniable possibilities. A condition of apocalyptic anxiety has overtaken us, raising our collective blood pressure, and sending us deeper into a maelstrom of suspicion, conspiracy thinking and pessimism. I confess that I have also been down in this foxhole of doomsday thinking, but hearing it voiced by one of my children, a girl who should have a whole, vibrant life ahead of her, snapped me out of my anxious crouch.

This is just a change. I have given these impromptu words of maternal reassurance some thought since then, and I am not prepared to retract them yet. This is not the end. It is a change, albeit the largest and most dramatic transformation that many of us have seen in our lifetimes. Change is often frightening. We strive for stability. Because of the stress change causes, we often shrink or freeze in the face of it.

But there is a hack to prevent that panic, and it is called history. “The single greatest constant of history,” the historian and futurist Yuval Noah Harari writes in “Homo Deus: A History of Tomorrow,” “is that everything changes.” History is indeed our best accumulated record of change, and of how our species has borne up to the shocks. It is a record replete with flood, famine, disease, exile, resource depletion, abuse and war. But it is also a golden repository of thought and action, a specieswide playbook for resiliency, recuperation, and even reinvention in response to societal disruption, moral failure and collapse. 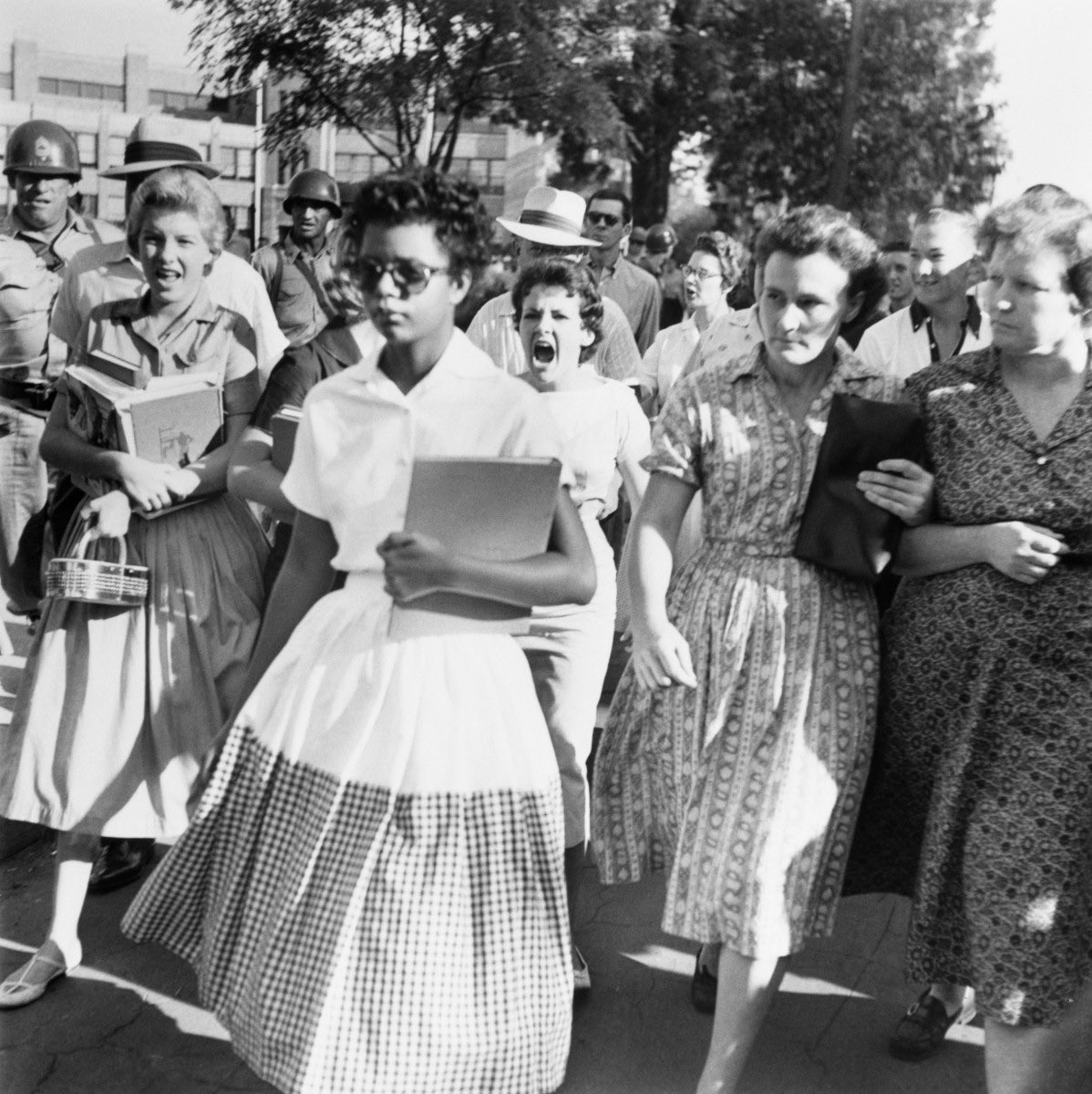 Howard University President Wayne Federick told Axios that HBCU officials and Black Americans need to stand up and fight against this.

“They’re trying to erase not just the history of those things happening to African Americans, but really the American history,” Frederick said. “We have to take a fuller stand and be bold that this is American history — and it’s not going away just because you don’t tell people or limit who knows about it.”

Madeline Morgan fought to teach Black history in schools. 80 years on, her vision is not yet realized.
Michael Hines, February 4, 2022, Chalkbeat

The words were written by Louis Brown, a Black eighth grader at Emerson Elementary in Chicago. I first read them in late 2020, against a backdrop formed by the racial and economic inequities exposed by the pandemic, the seemingly daily drumbeat of police killings, and the surging protest movement for Black Lives. They struck me in their rawness, their immediacy. Brown, however, had written his words in the spring of 1943, sitting at a desk in school that had long since been shuttered.

I was reading his work in the archives of the George Cleveland Hall Branch Library and its Vivian G. Harsh Research Collection, where much of the city’s African American past is preserved. As a historian of education, finding the voices of students in historical archives is rare. When those voices speak to the present in ways that collapse the distance of nearly 80 years, it is even more remarkable.

In the Shadow of Slavery
David S. Reynolds, February 24, The New York Review of Books

David S. Reynolds reviews Clint Smith’s How the Word Is Passed: A Reckoning with the History of Slavery Across America 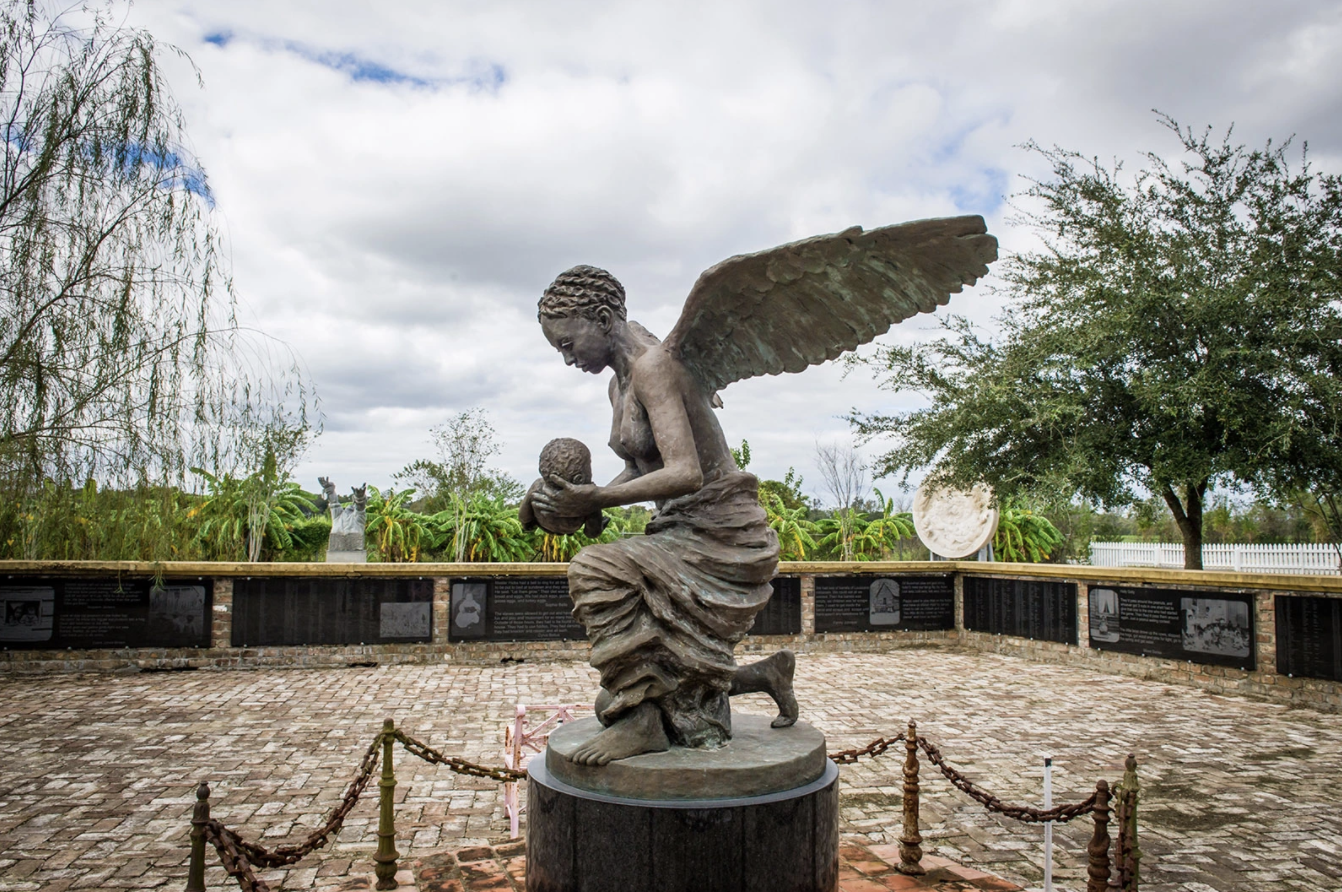 In How the Word Is Passed, Clint Smith evokes the horrors of slavery, from the discovery of the New World through the Civil War, and the widespread victimization of blacks since then. It’s an unsettling story that Smith, an Atlantic staff writer and a poet, tackles unconventionally. He gives us history in poignant journalistic vignettes as he recounts visits he made to southern plantations, a maximum-security prison, a Confederate cemetery, a Juneteenth celebration, slavery sites in New York City, and an African point of departure for enslaved people transported west on the Middle Passage. Merging memoir, travelogue, and history, Smith fashions an affecting, often lyrical narrative of witness marred occasionally by overstatement. His originality lies in his lively inclusion of a variety of voices on race and his graphic depictions of often neglected historic places.

Betty Davis projected her own liberation – and freed up generations in her wake
Rebecca Bengal, 10 February 2022, The Guardian 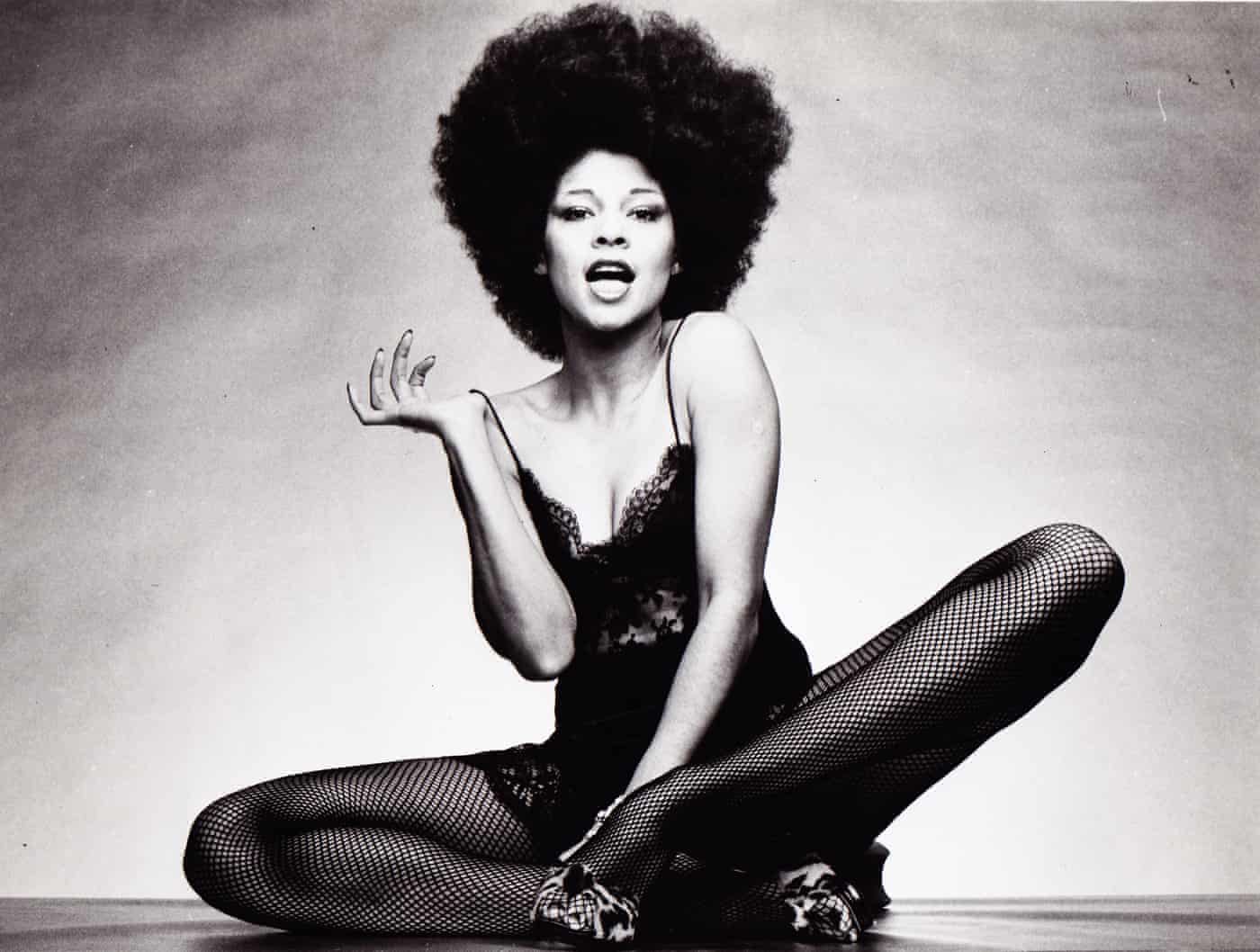 In 1974, a year before the release of Nasty Gal, the third studio album by funk and fashion trailblazer Betty Davis, the New York Times predicted that her radical, raunchy music would eventually be appreciated, if only people would let themselves catch up with her: “Miss Davis is trying to tell us something real and basic about our irrational needs, and western civilisation puts its highest premiums on conformity and rationality and rarely recognises the Bessies or the Bettys until they’re gone.”

Rather than conform, Davis, who has died aged 77, let the landmark discography she recorded in the 1970s speak for her, along with the sultry, futurist stage persona she created in a powerfully tall afro, cosmic leotards, sequinned hot pants and silver thigh-high boots. “I made three albums of hard funk,” Davis said in the 2017 documentary They Say I’m Different. “I put everything there.” And then, for decades, she vanished from the public eye. 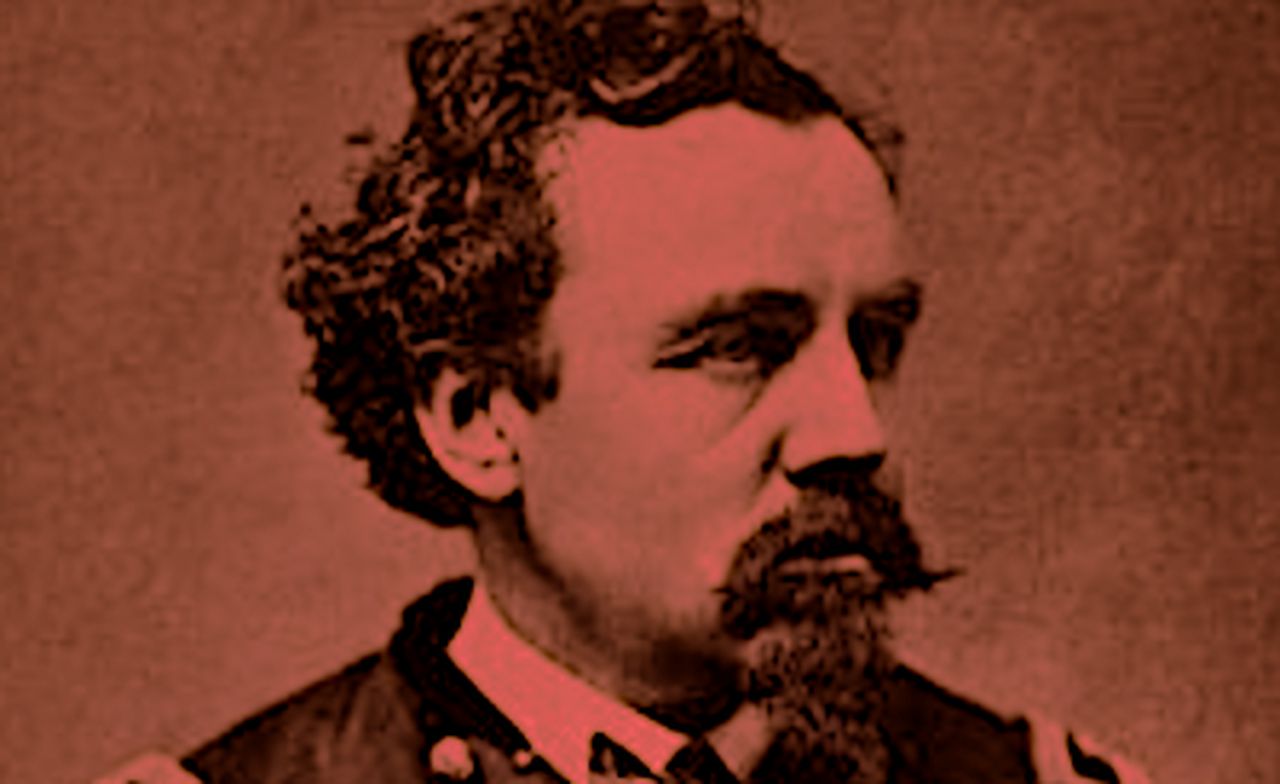 In 1844, a kid, age 15, traveled west from Boston. He wandered the Midwest, joined the army outside St. Louis, and in two short years was on the Rio Grande fighting a war with Mexico. He rode with a set of American dragoons, crossed the border, and witnessed acts of brutal savagery — not war as we think of it, but raiding, revenge killing, and frequent massacres, including one that took place down in the depths of a desert cave. He fought with “Rackensackers” from Arkansas, Rangers from Texas, and even “Old Rough and Ready” himself, General Zachary Taylor, the future 12th president of the United States. He was at the bloody but inconclusive Battle of Buena Vista, where men, armed with guns and bayonets, charged and charged and charged again.