Eric Williams and the tangled history of capitalism and slavery
Gerald Horne, October 2, 2021, The Nation 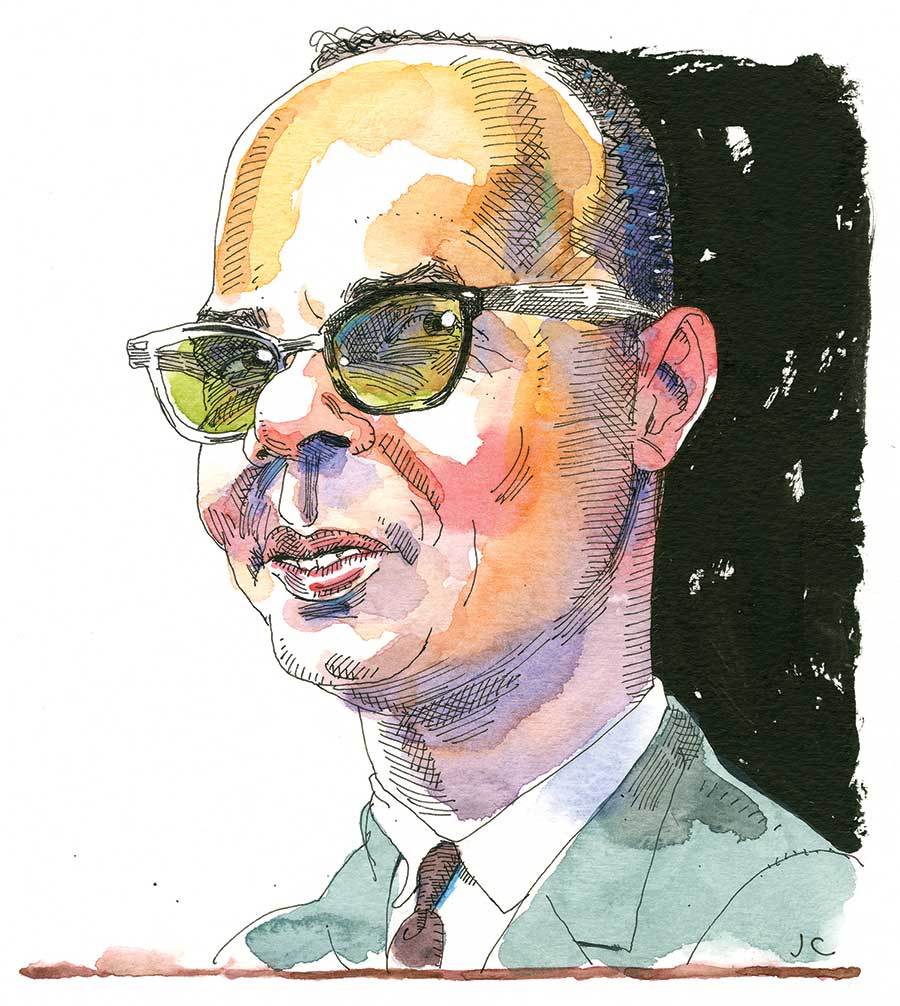 Before he became a celebrated author and the founding father and first prime minister of Trinidad and Tobago, Eric Eustace Williams was an adroit footballer. At his high school, Queen’s Royal College, he was a fierce competitor, which likely led to an injury that left him deaf in his right ear. Yet as Williams’s profile as a scholar and national leader rose, so did the attempts by his critics to turn his athleticism against him. An “expert dribbler” known for prancing downfield with the ball kissing one foot, then the other, Williams was now accused by his political detractors of not being a team player. Driven by his desire to play to the gallery—or so it was said—he proved to be uninterested in whether his team (or his nation, not to mention the erstwhile British Commonwealth) was victorious.

What his critics described as a weakness, though, was also a strength: His willingness to go it alone on the field probably contributed to his willingness to break from the historiographic pack during his tenure at Oxford University, and it also led him to chart his own political course. Williams, after all, often had good reason not to trust his political teammates, particularly those with close ties to London. Moreover, he was convinced that a good politician should play to the gallery: Ultimately, he was a public representative. And this single-minded determination to score even if it meant circumventing his teammates, instilled in him a critical mindset, one that helped define both his scholarship—in particular his groundbreaking Capitalism and Slavery—and his work as a politician and an intellectual, though admittedly this trait proved to be more effective at Oxford and Howard University than during his political career, which coincided with the bruising battles of the Cold War.

When Black History Is Unearthed, Who Gets to Speak for the Dead?
Jill Lepore, September 27, 2021, The New Yorker 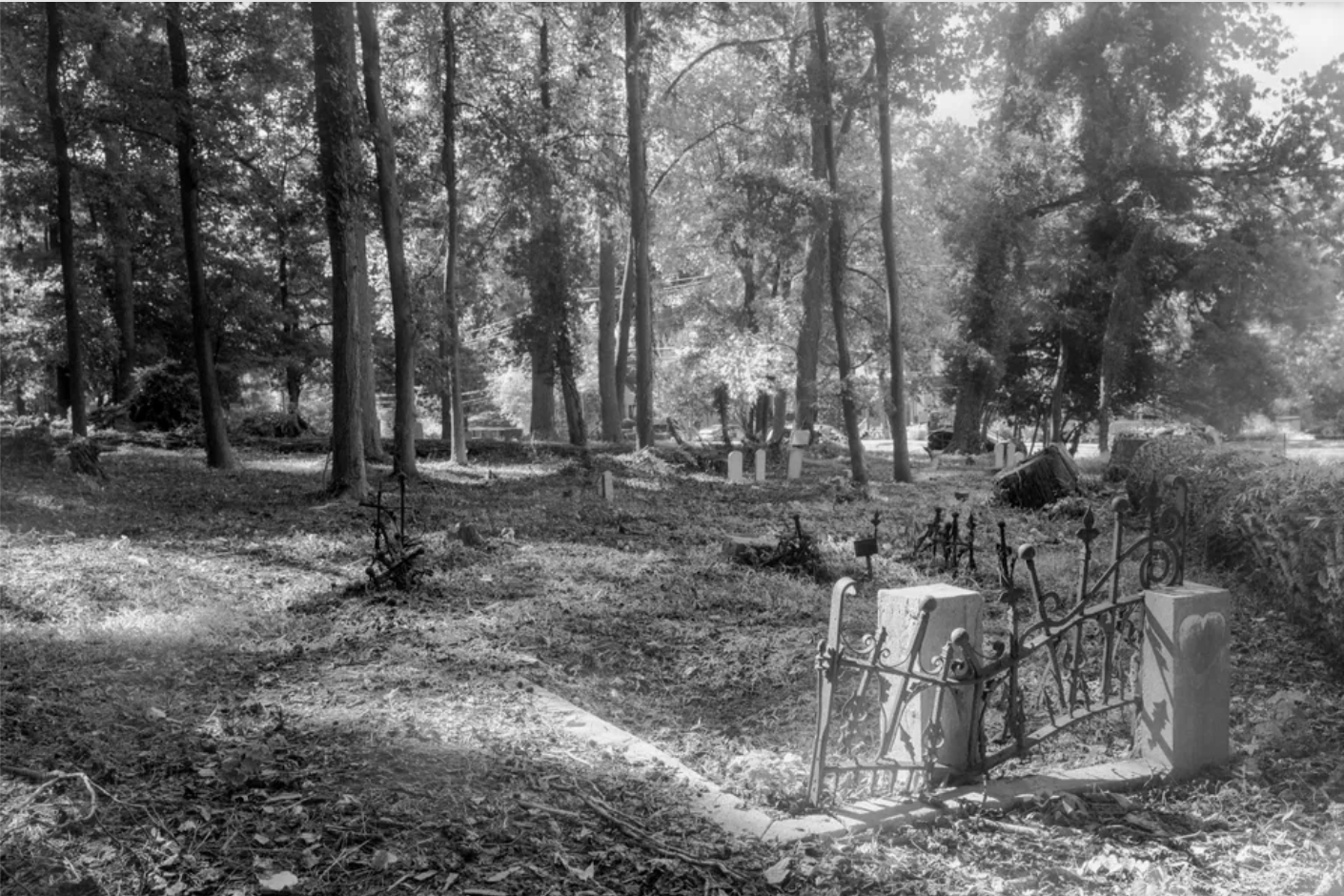 When Deidre Barnes was a kid in North Carolina, horsing around in the back seat of the car with her little brother, her grandfather drove by the woods in a white neighborhood in Durham. “You got cousins up in there,” he called back from the driver’s seat, nodding at a stand of loblolly pines in a tangle of kudzu. Barnes and her brother exchanged wide-eyed glances: they had cousins who were wild people? Only later, looking hard, did they spy a headstone: “Oh, it’s a cemetery.” A few years ago, Barnes read in the newspaper that the place was called Geer. “My grandmother’s maiden name is Geer,” she told me. “And so I asked her, ‘Do we have people buried there?’ ”

I met Barnes at the cemetery on a warm, cicada night, with Debra Gonzalez-Garcia, the president of the Friends of Geer Cemetery. “When I was growing up, I could name five African Americans in history,” Gonzalez-Garcia said. “Five. Nobody else did anything.” At least fifteen hundred people who did all sorts of things are buried in Geer Cemetery, including Deidre Barnes’s great-grandfather, a grandson of Jesse Geer, a plantation owner who sold two acres of land to three Black freedmen in 1877. Gonzalez-Garcia and her team have been painstakingly reconstructing the cemetery’s population from its two hundred surviving headstones and from burial cards recorded by the W.P.A. in the nineteen-thirties.

David Olusoga: ‘Black people were told that they had no history’
Ashish Ghadiali, 25 September 2021, The Guardian 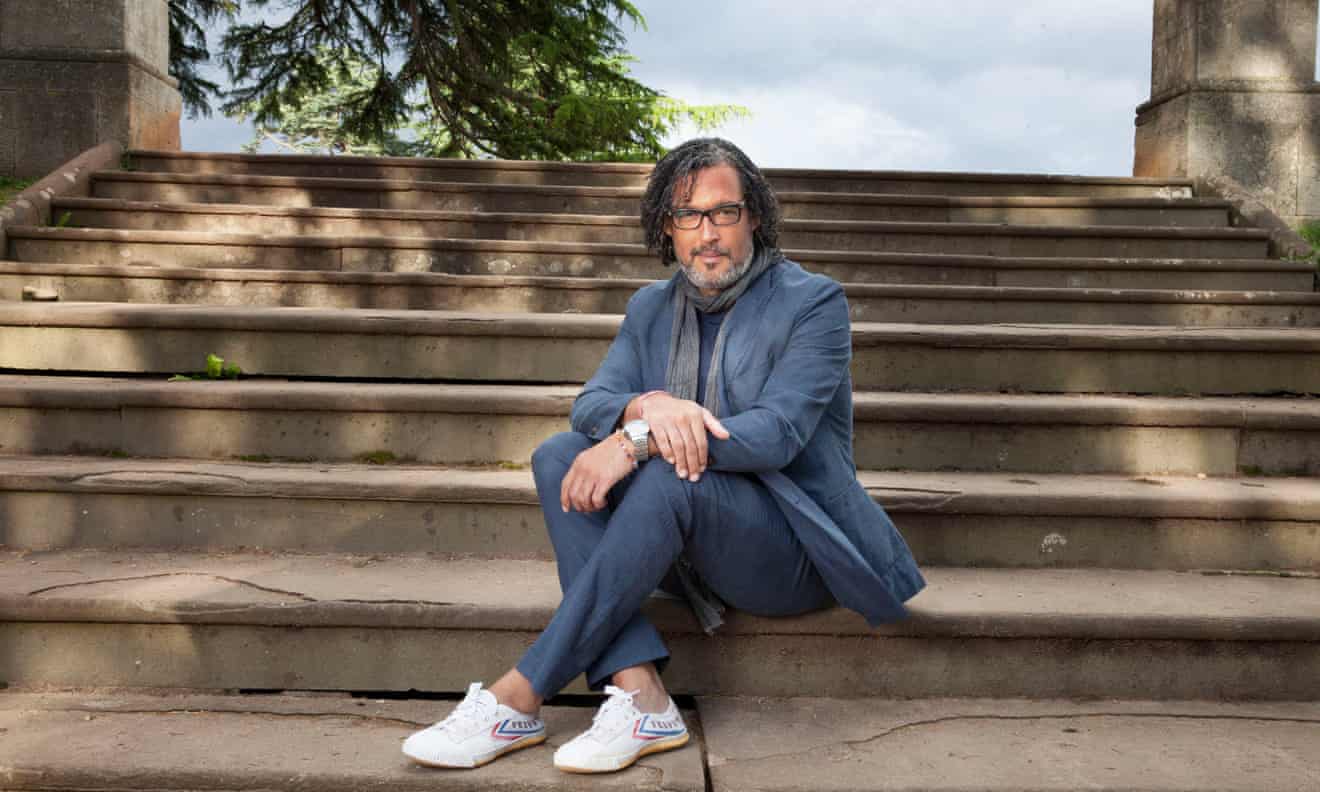 Historian and broadcaster David Olusoga has been the face of a decolonial turn in British broadcasting that, in recent years, with series including the Bafta-winning
Britain’s Forgotten Slave Owners, A House Through Time and Black and British: A Forgotten History, has inspired new conversations about injustice in the story of Britain and Britishness in living rooms across the country. Anticipating this year’s Black History Month (October), he has contributed a foreword to the republication by Hodder & Stoughton of The Interesting Narrative of the Life of Olaudah Equiano, the memoir of an 18th-century formerly enslaved man that is also widely recognised as a foundational text of Black British literature.

What led you to get behind this republication of Equiano’s memoir?
It’s a book I read at university and that has been part of my life for 30 years. I think it’s the most important of the British narratives of people who were enslaved. Equiano is someone who managed to purchase his way out of slavery, to travel the world as a Black person in an age where you could be kidnapped and transported back into slavery. He was a skilled sailor, a political operator. He became a public figure when this country was the biggest slave-trading nation in the North Atlantic. There are many voices that come out of the experience of British slavery but none of them have the same impact as Equiano. 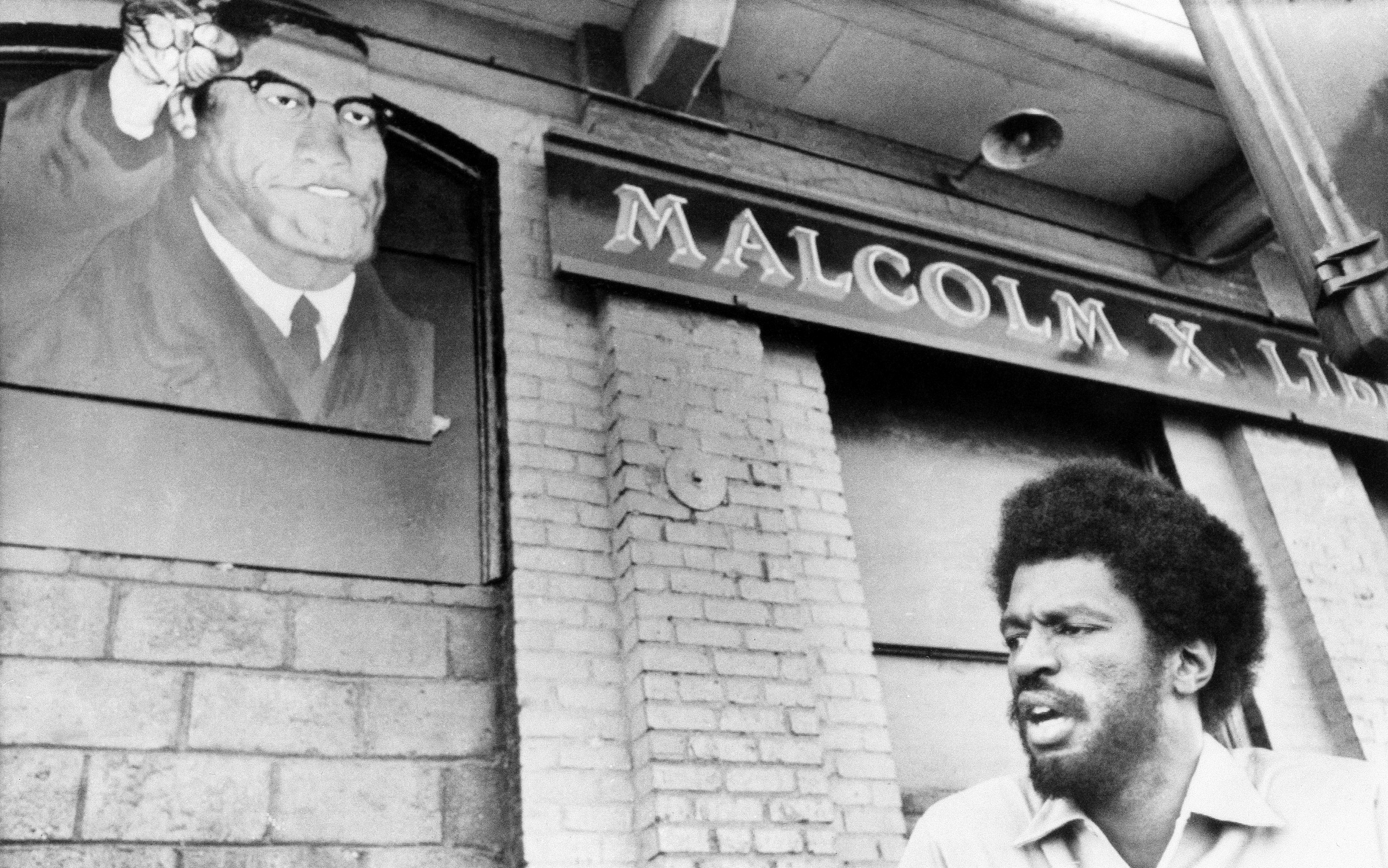 In Atlanta in late 1969, historian Vincent Harding joined with a group of Black academics to establish the Institute of the Black World (IBW). Rooted in a commitment to “the colonized situation of the masses of the black community,” the IBW was to be a center of Black studies—ecumenical in orientation and focused, as Martin Luther King, Jr., was, on reconciling diverse ideological perspectives.

Initially affiliated with the Martin Luther King Memorial Center, the IBW unsettled the center’s philanthropic backing and quickly wore out that partnership. Harding and his comrades, mindful of the pitfalls of the liberal democratic establishment, sought to cultivate a more robust Black radical counterpublic. Part of this entailed, as he put it in 1974, a principled commitment to the “vocation of the black scholar” and an unflinching courage to identify and speak truth to the enemy. “Nothing that is black and whole and alive in America can be fully comprehended apart from the endless white thrusts towards our exploitation, deracination, death, and dismemberment,” Harding said. “No discussion of schools or banks, of black mayors or black production workers, of black music or black literature, of black politics or black religion in America can make sense to the people unless we identify the enemy.” For Harding, this meant analyzing systems of oppression and the pervasive reach of structural racism and capitalist imperialism, including the institutional spaces intended to nurture their critique. 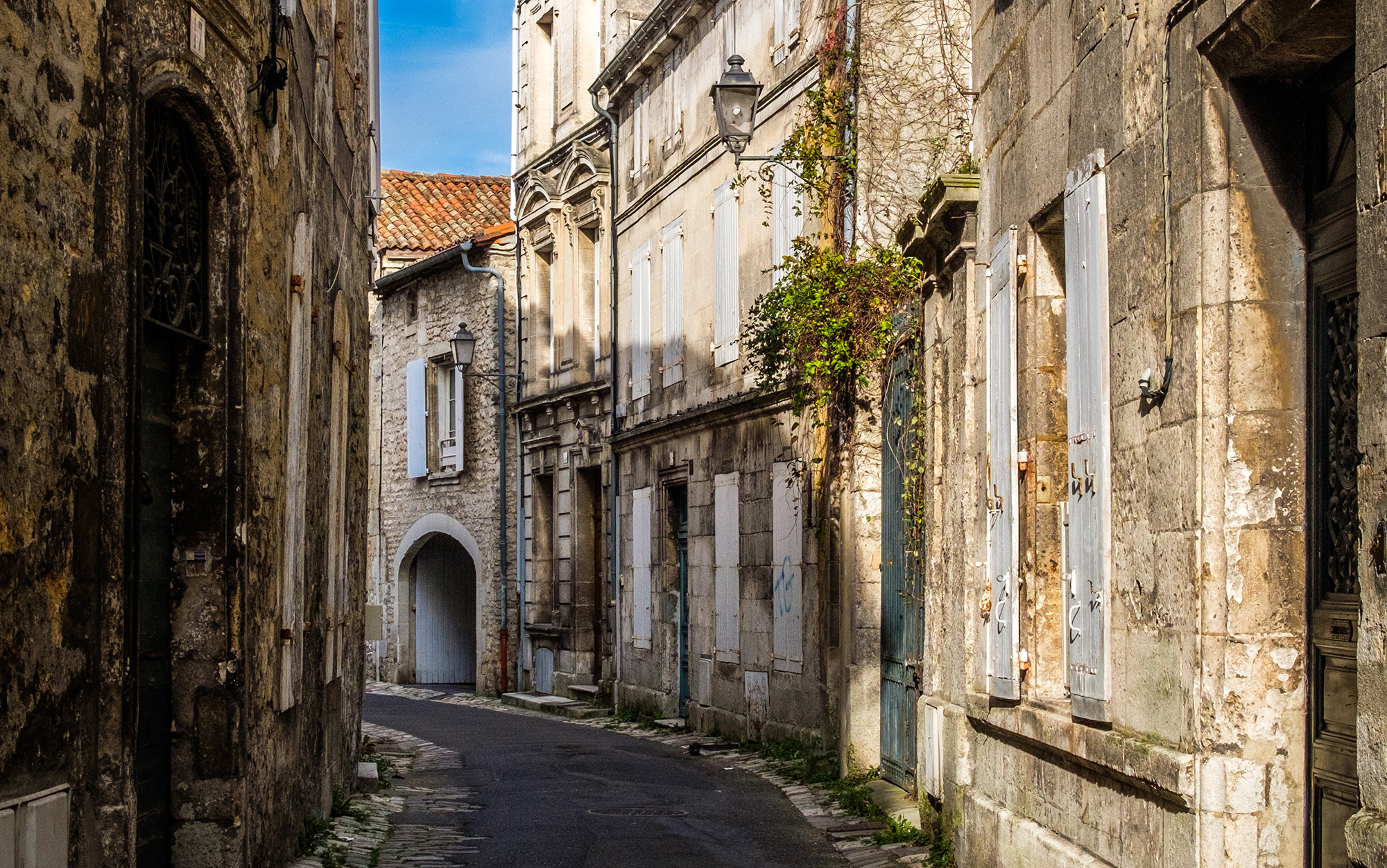 The story began with a rumour. In 1764, a woman named Marie Aymard, who was illiterate, appeared before a notary in the small French town of Angoulême, and recounted that her late husband, a carpenter, had gone as an indentured labourer to the island of Grenada in the Antilles. He made ‘a small fortune’ while he was there, or so she had been told. She was familiar with the details: she ‘learned that her said husband had bought a certain quantity of Negroes and several mules, that he earned 24 livres per day, in addition to the 15 livres that his Negroes brought him, also per day.’ But he had died on the way home. The point of the notarial document, a power of attorney, was to find out what had happened to the fortune, and to the slaves.

There is no evidence, or none that I have been able to find, that the fortune ever existed. Marie Aymard and her children never became rich. But the story of her ‘researches’ – this was the word she used in the power of attorney – led to a network of connections to slavery and the enslaved. Even in this little inland French town, 100 kilometres from the sea, there were slaves, the owners of slaves, and the proceeds of slavery. 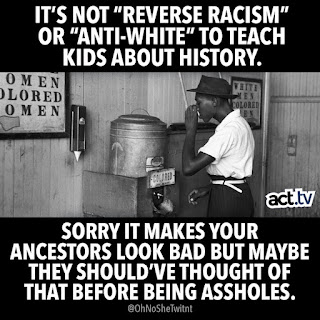