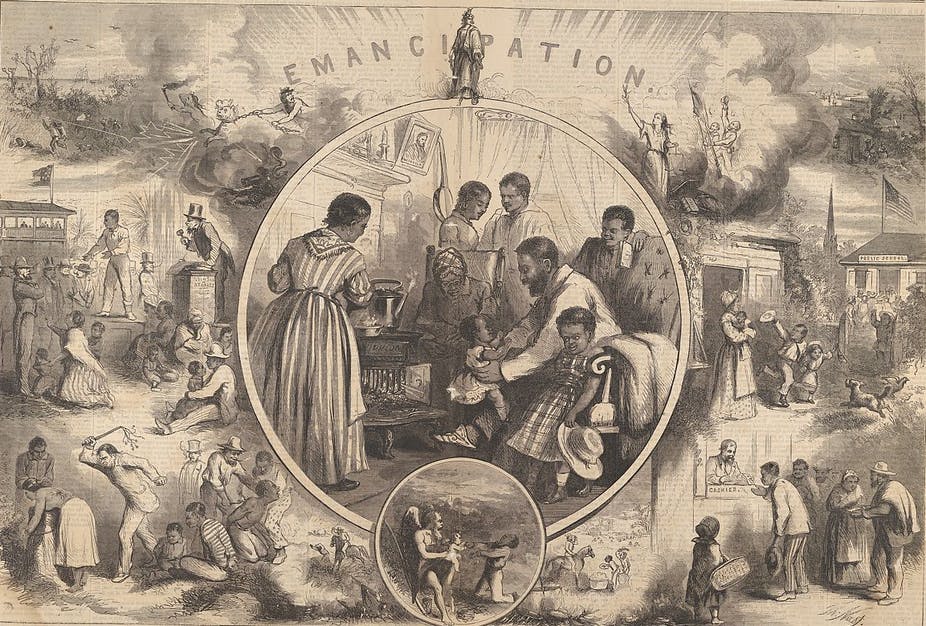 In April of 1819, a London periodical, the New Monthly Magazine, published The Vampyre: A Tale by Lord Byron. Notice of its publication quickly appeared in papers in the United States.

Byron was at the time enjoying remarkable popularity and this new tale, supposedly by the famous poet, caused a sensation as did its reprintings in Boston’s Atheneum (15 June) and Baltimore’s Robinson’s Magazine (26 June).

The Vampyre did away with the East European peasant vampire of old. It took this monster out of the forests, gave him an aristocratic lineage and placed him into the drawing rooms of Romantic-era England. It was the first sustained fictional treatment of the vampire and completely recast the folklore and mythology on which it drew.

By July, Byron’s denial of authorship was being reported and by August the true author was discovered, John Polidori.

In the meantime, an American response, The Black Vampyre: A Legend of St. Domingo, by one Uriah Derick D’Arcy, appeared. D'Arcy explicitly parodies The Vampyre and even suggests that Lord Ruthven, Polidori’s British vampire aristocrat, had his origins in the Carribean. A later reprinting in 1845 attributed The Black Vampyre to a Robert C Sands; however, many believe the author was more likely a Richard Varick Dey (1801–1837), a near anagram of the named author. 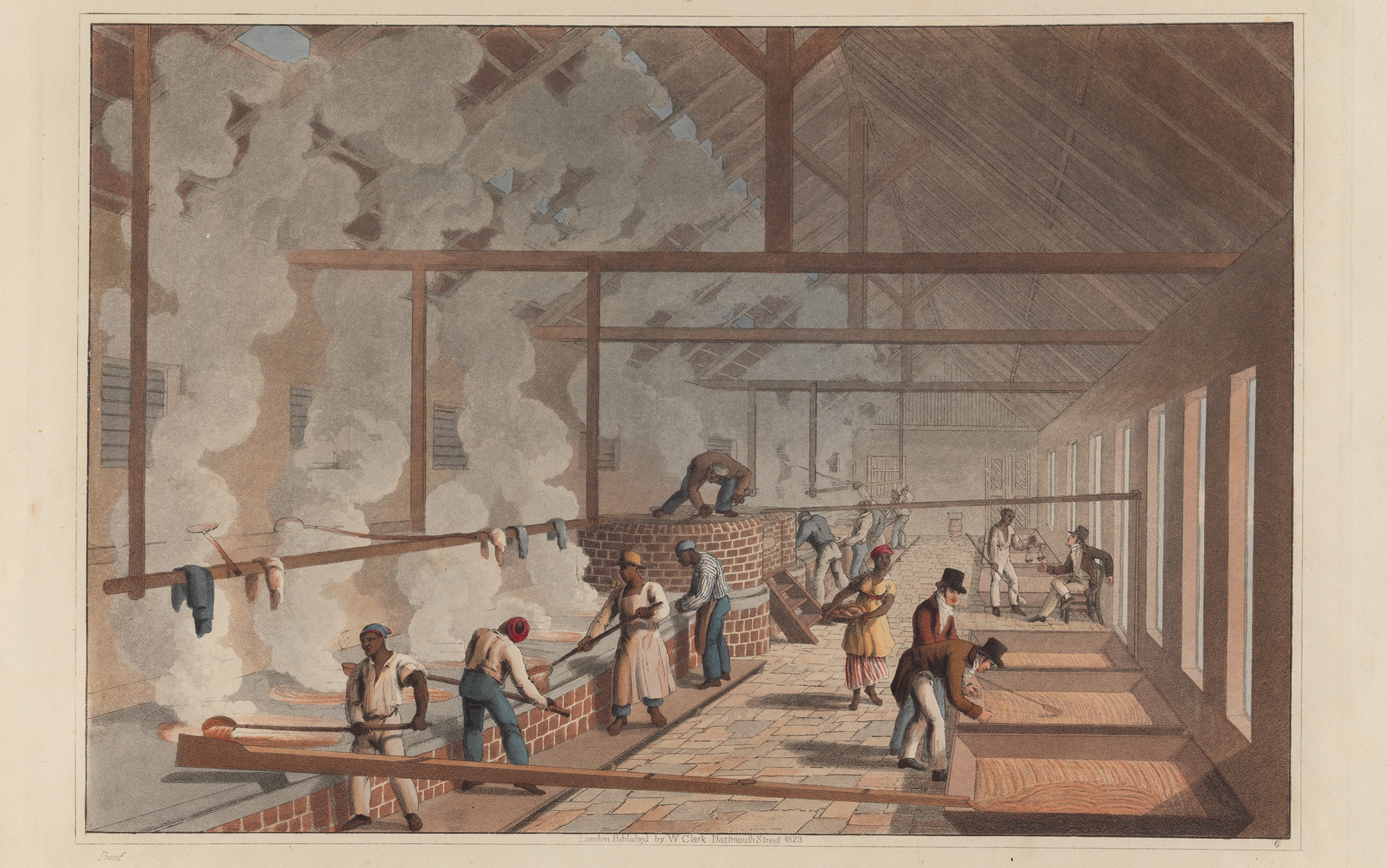 Britain ended its slave trade in 1807, and abolished slavery in much of its colonial empire in 1834. Four years later, Queen Victoria was crowned. For British liberals, the timing was auspicious, and the lessons were obvious. The 18th-century empire of enslaved labour, rebellious colonies and benighted protectionism had been purified by the ‘sacrifice’ of the profits of slavery to the principles of free trade, free labour and free markets. But the empire that slavery made endured.

Although individual enslaved people were often brought to Britain by the people who claimed to own them, for most Britons, mass enslavement was something that happened ‘over there’ – in the colonies, especially the sugar-producing islands of the Caribbean. This fact of geography shaped British antislavery. The ‘mother country’ could also be the stern but benignant ‘father’, correcting children in the ‘infant colonies’. In the slave colonies, opposition to slavery could be a revolutionary threat to the social order. In Britain, antislavery affirmed Britain’s superior virtue in relationship to its empire.

Can Skeletons Have a Racial Identity?
Sabrina Imbler, October 19, 2021, The New York Times 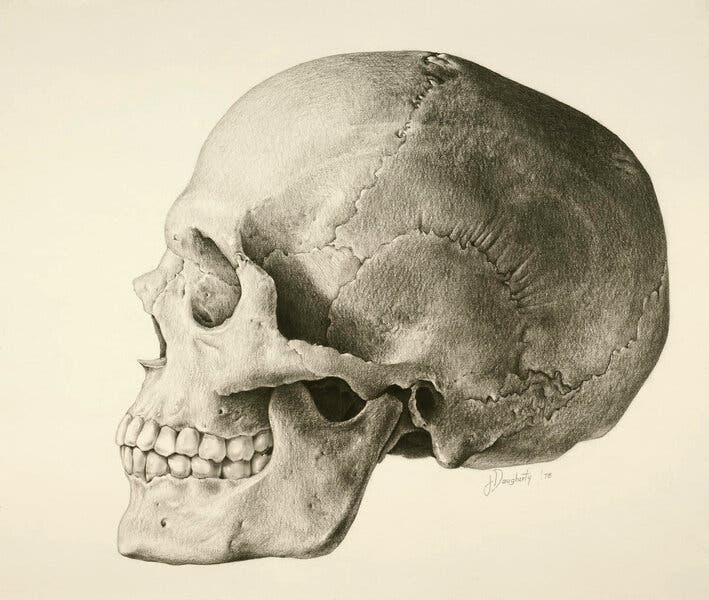 Racial reckonings were happening everywhere in the summer of 2020, after George Floyd was killed in Minneapolis by the police. The time felt right, two forensic anthropologists reasoned, to reignite a conversation about the role of race in their own field, where specialists help solve crimes by analyzing skeletons to determine who those people were and how they died.

Dr. Elizabeth DiGangi of Binghamton University and Jonathan Bethard of the University of South Florida published a letter in The Journal of Forensic Science that questioned the longstanding practice of estimating ancestry, or a person’s geographic origin, as a proxy for estimating race. Ancestry, along with height, age at death and assigned sex, is one of the key details that many forensic anthropologists try to determine.

That fall, they published a longer paper with a more ambitious call to action: “We urge all forensic anthropologists to abolish the practice of ancestry estimation.” 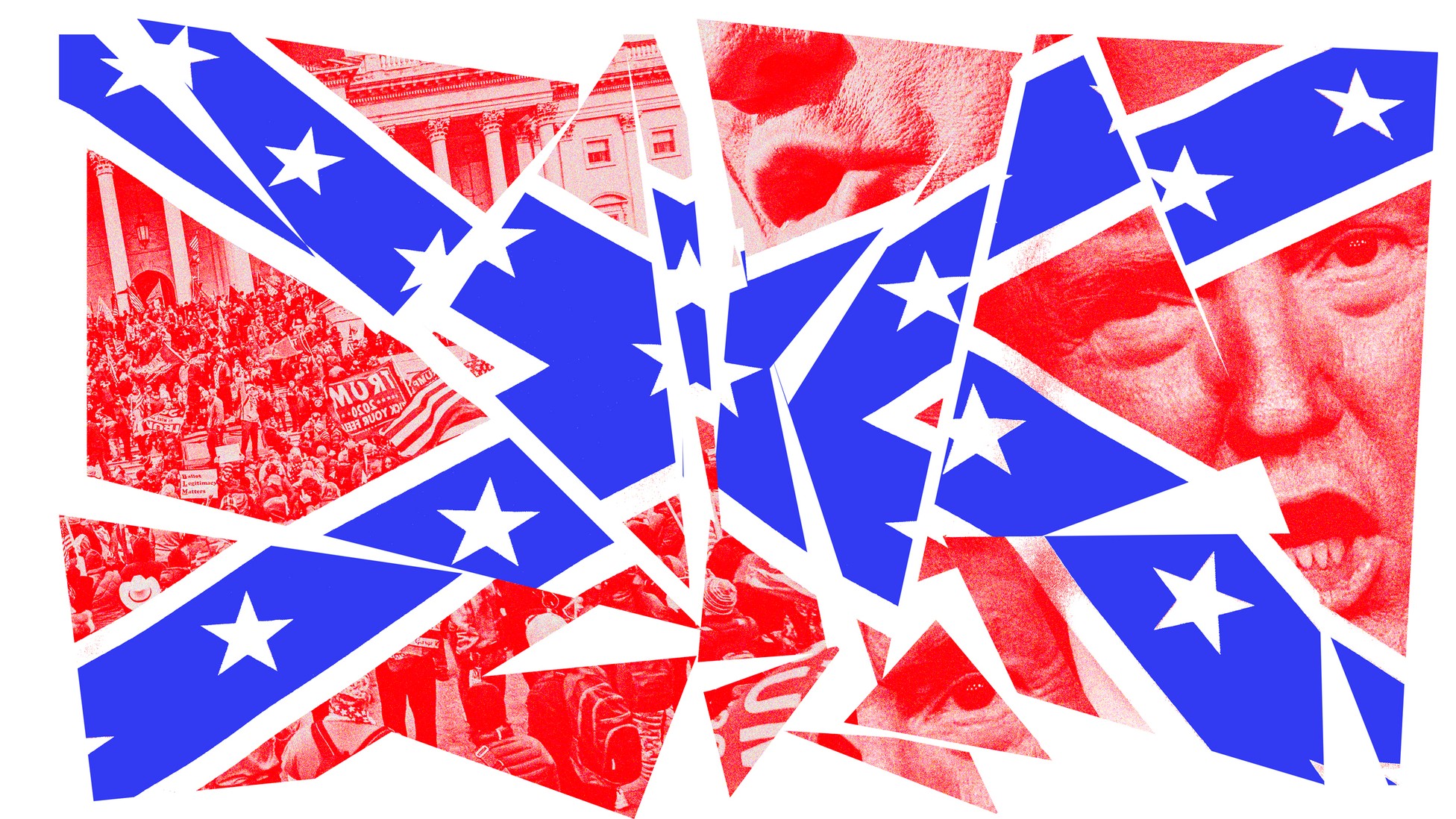 One of my favorite things about covering political rallies is that they typically start with a recitation of the Pledge of Allegiance. For anyone above school age, occasions to recite the pledge with a large group of people are irregular, and the ritual serves as a good reminder of what politics is about at its best, no matter how divisive what follows might be.

The pledge at a rally for the Republican gubernatorial candidate Glenn Youngkin in Virginia on Wednesday night was different. At the beginning of the event, which Steve Bannon hosted and Donald Trump phoned into, an emcee called an attendee up onstage and announced, “She’s carrying an American flag that was carried at the peaceful rally with Donald J. Trump on January 6.” Attendees then said the pledge while facing the flag. (Youngkin didn’t attend, and later tepidly criticized the moment.)

This is a bizarre subversion. The pledge affirms allegiance to the republic, indivisible and offering justice to all. This flag was carried at a rally that became an attack on the Constitution itself: an attempt to overthrow the government, divide the country, and effect extrajudicial punishment. Elevating this banner to a revered relic captures the troubling transformation of the events of January 6 into a myth—a New Lost Cause. This mythology has many of the trappings of its neo-Confederate predecessor, which Trump also employed for political gain: a martyr cult, claims of anti-liberty political persecution, and veneration of artifacts.

That time when one of the most iconic slavery abolitionists came to town
Laurence Fenton, 20 October, 2021, The Bristol Cable 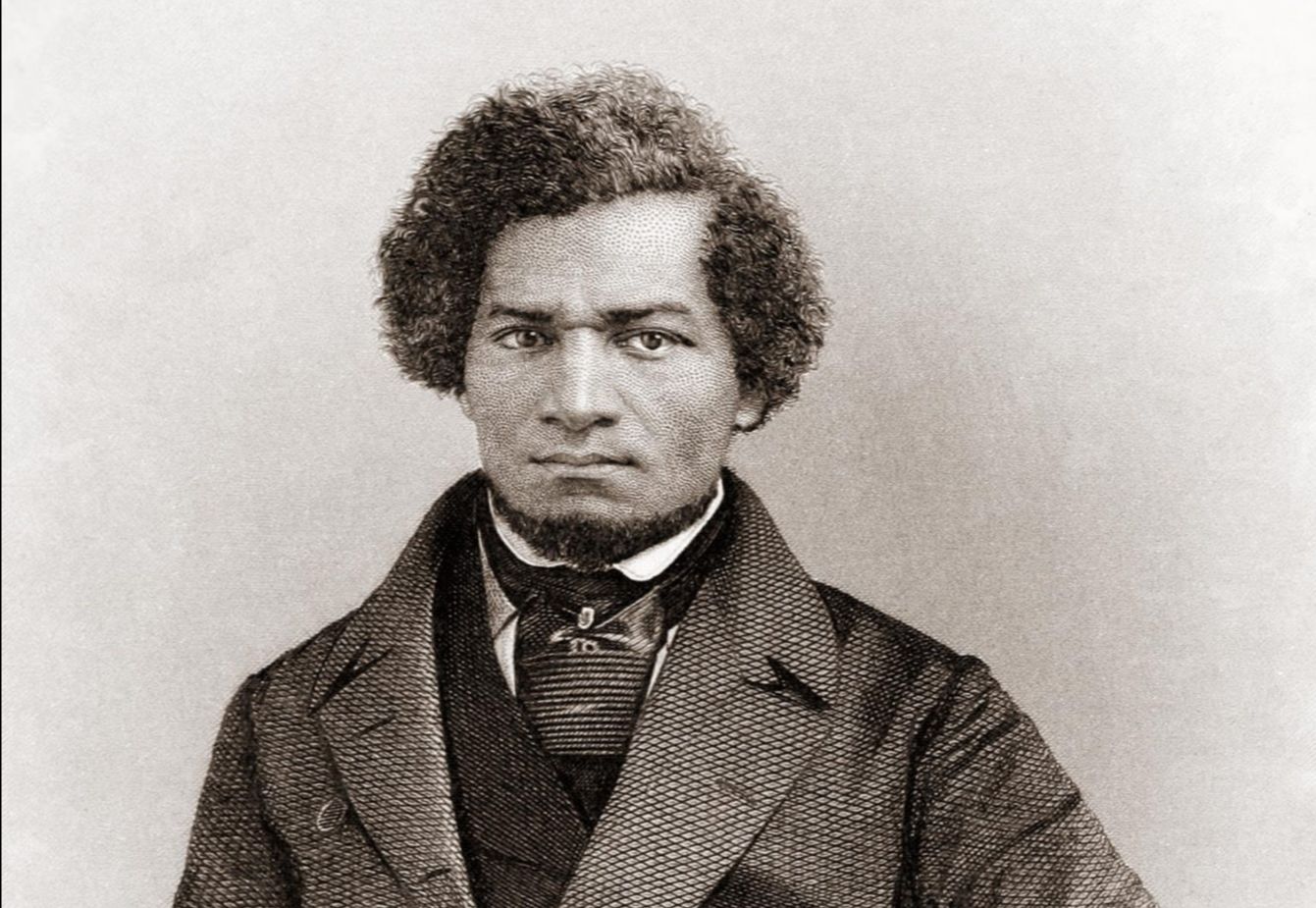 On Tuesday 25 August 1846, the great human rights activist and anti-slavery campaigner Frederick Douglass delivered a powerful speech at the Victoria Rooms in Bristol. While acknowledging it was difficult for many in Britain to believe what he said about the horrors of slavery because they “had heard of America, 3000 miles off, as the land of the free and the home of the brave”, the truth, he declared to loud cheers, was that for all the grandiloquent talk of all men being equal, the sound in the South was that of the “clank of the fetters and the rattling of the chains, which bound their miserable slaves together”. John K. Haberfield, the popular Bristol mayor, chaired the meeting. He filled a glass of water for Douglass, leading a local paper to declare in outrage: “What! A white man – a mayor – a man in authority – hand a glass of water to a Negro! Incredible!”

Catapulted to fame by his incendiary 1845 autobiography Narrative of the Life of Frederick Douglass, an American Slave, Douglass was in Bristol as part of a nearly two-year lecture tour of Britain and Ireland. As an escaped slave he had been advised to lay low for a while. Revelling in the freedom of movement and mind that came with being away from the oppressive racial climate of the United States, Douglass would consider the tour a transformative experience. No ‘colour test’ kept him from travelling on omnibuses or trains. He even went to the Houses of Parliament, where he watched Prime Minister Sir Robert Peel address the Commons, knowing a trip to Congress in Washington would have seen him back in chains. 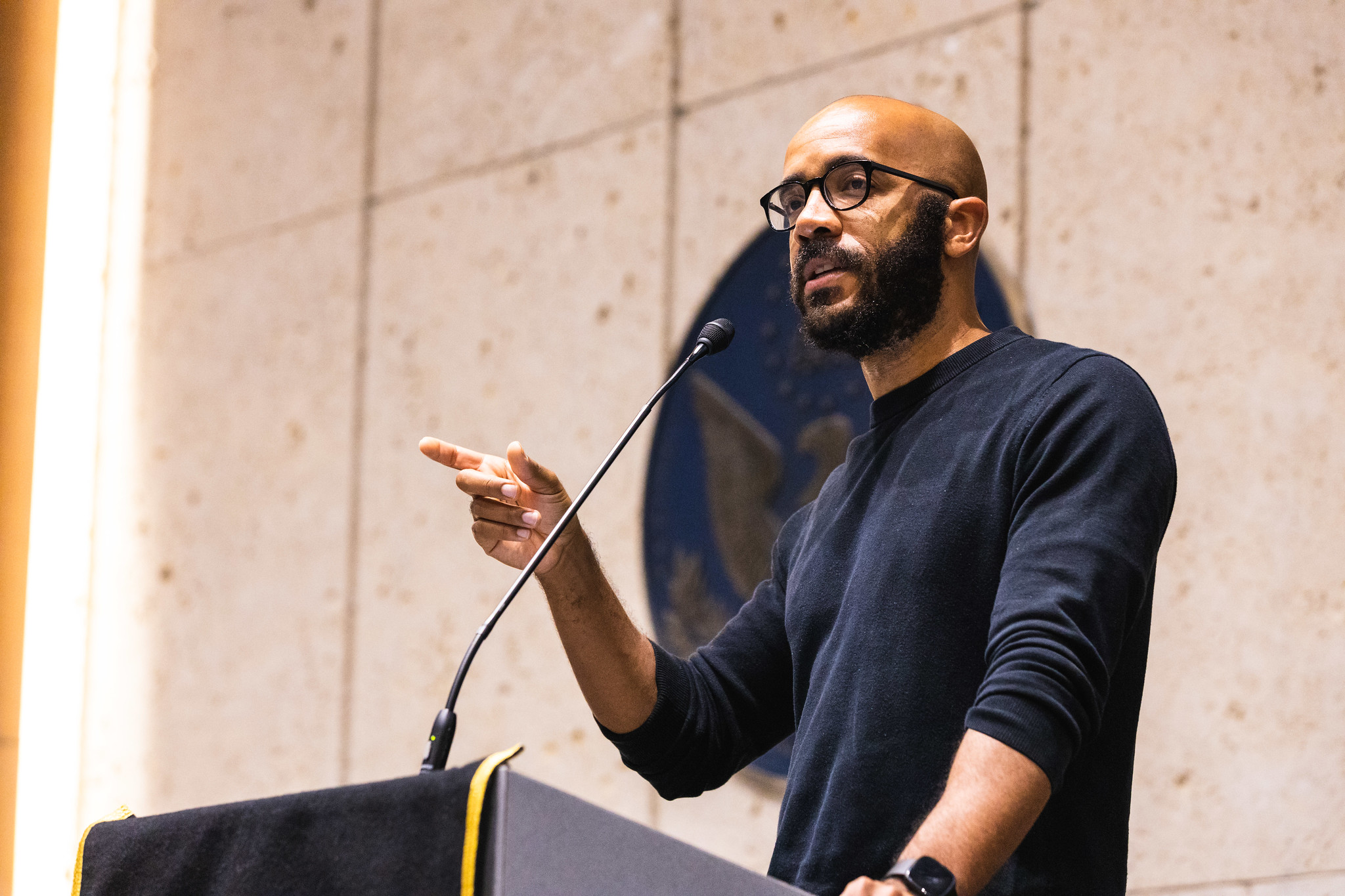 When Clint Smith was growing up in New Orleans, it was impossible to escape the adulation of the Confederacy. Every step he took brought him to a monument or street that idolized white men who fought to uphold the enslavement of Black people.

“I was thinking about what it meant that I grew up in a majority Black city in which there were more homages to slavers than there were to enslaved people,” Smith said during a talk at Arizona State University on Tuesday.

Smith said that the names and iconography are more than symbols.