‘The Lost Cause’ Is Back 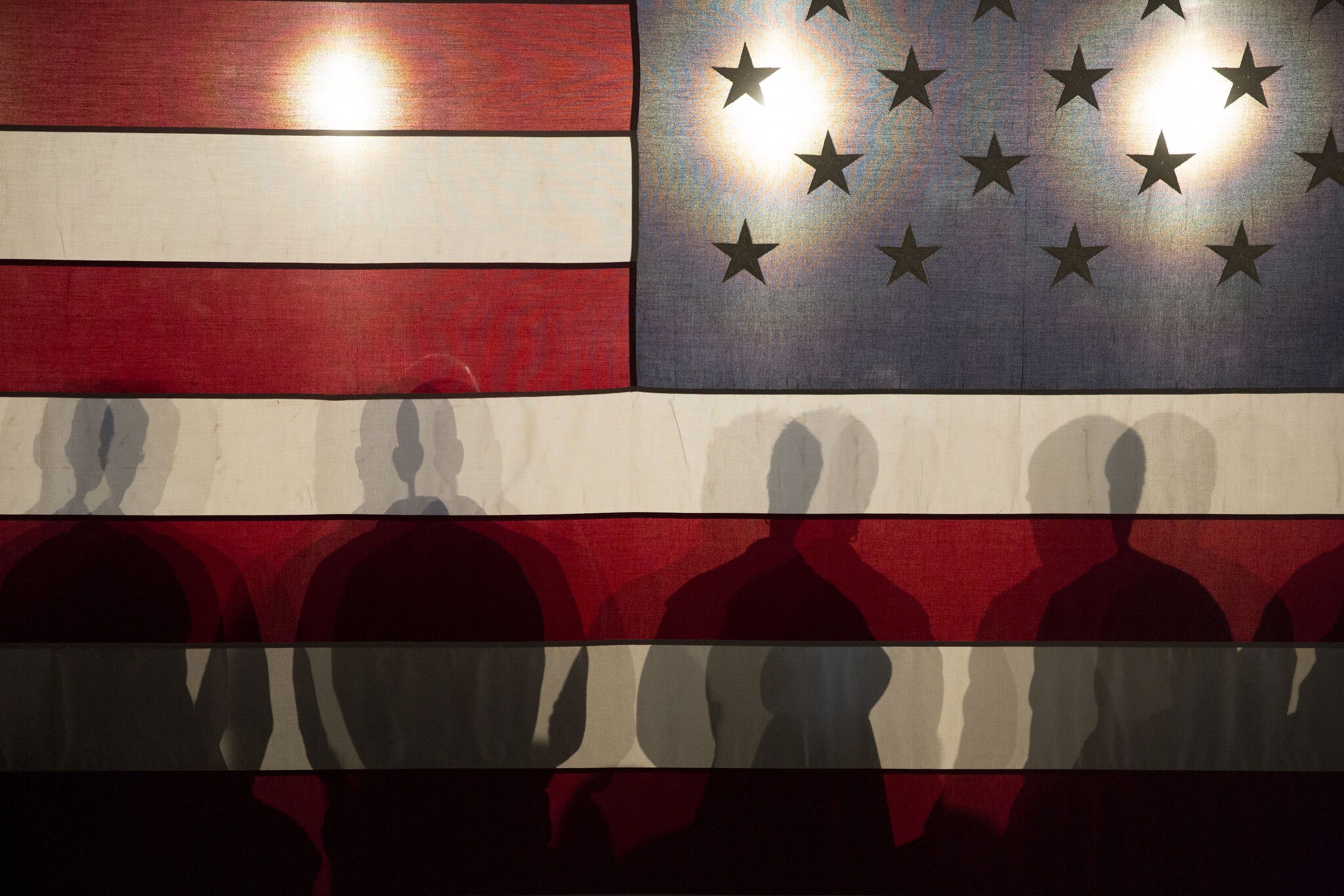 If this phony “debate” over the obscure concept of critical race theory caught you off guard and unaware, you are not alone. But it is apparently part of a Republican political strategy to make race — or more precisely, the denial of American racism — a central (and winning) political issue for Republicans.

As David Siders reported Wednesday in Politico, the mantra “America is not a racist country” is emerging as “an early plank of the 2024 G.O.P. contest.” 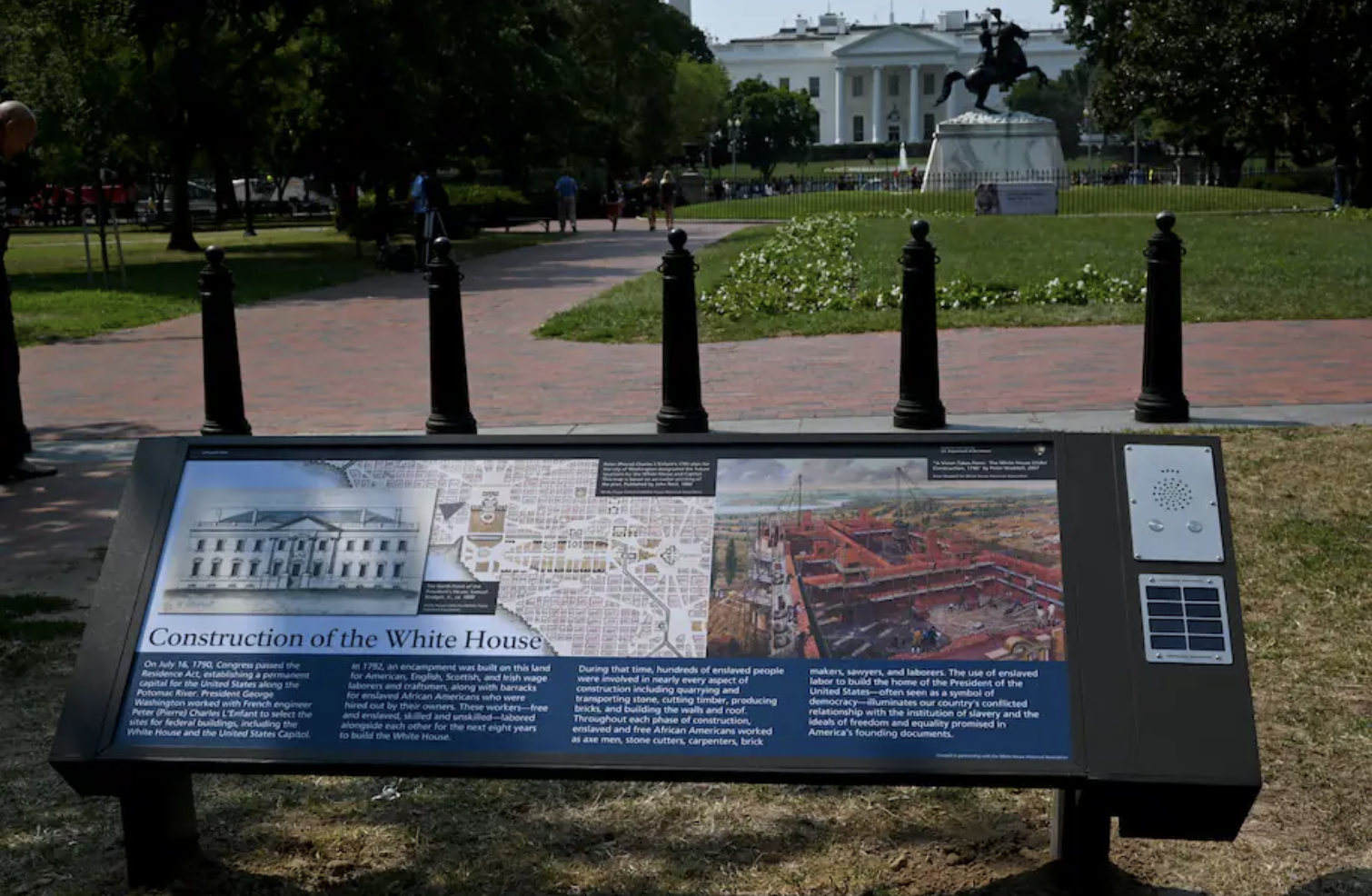 The unveiling ceremony on the north side of Lafayette Square on Wednesday wasn’t large and it didn’t last long, but history was made. Or rather, history was recognized. Finally.

Fifty or so people gathered in the late-morning swelter to watch as Stewart D. McLaurin, president of the White House Historical Association (WHHA), and John Stanwich, the National Park Service’s liaison to the White House, removed black cloth draping three historic markers on the north side of the square.

Each marker told a different story about the park, but it was the first marker, the one that acknowledged the role slavery played in building the nearby White House, that felt monumental. To date there had been no other formal recognition, not a plaque or a memorial, noting that hundreds of enslaved people helped build and later maintain and staff the White House. 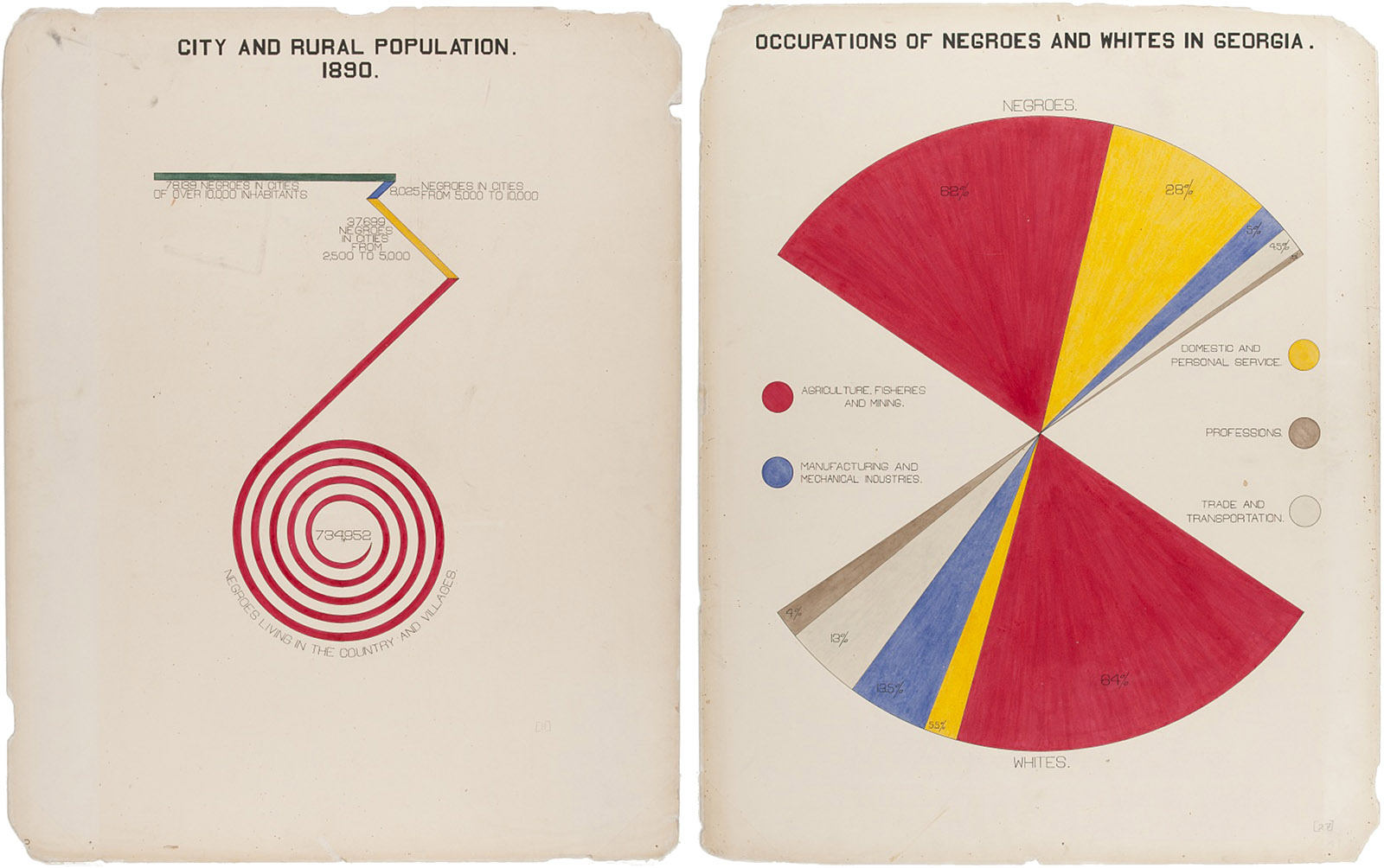 W.E.B. Du Bois carried himself as if he were “the Negro race.” Throughout his very long life—ninety-five years—his personal successes and victories were the successes and victories of all African-Americans. The problems he encountered as a Black man were the problems of Black people the world over. This way of thinking started early. His childhood in New England—Du Bois was born and raised in Great Barrington, Massachusetts—introduced him to the troubled racial dynamics of the United States and to a way of coping with them. In his most acclaimed work, The Souls of Black Folk (1903), Du Bois described both the moment he discovered that he was on the vulnerable side of the racial divide and his response to that realization. 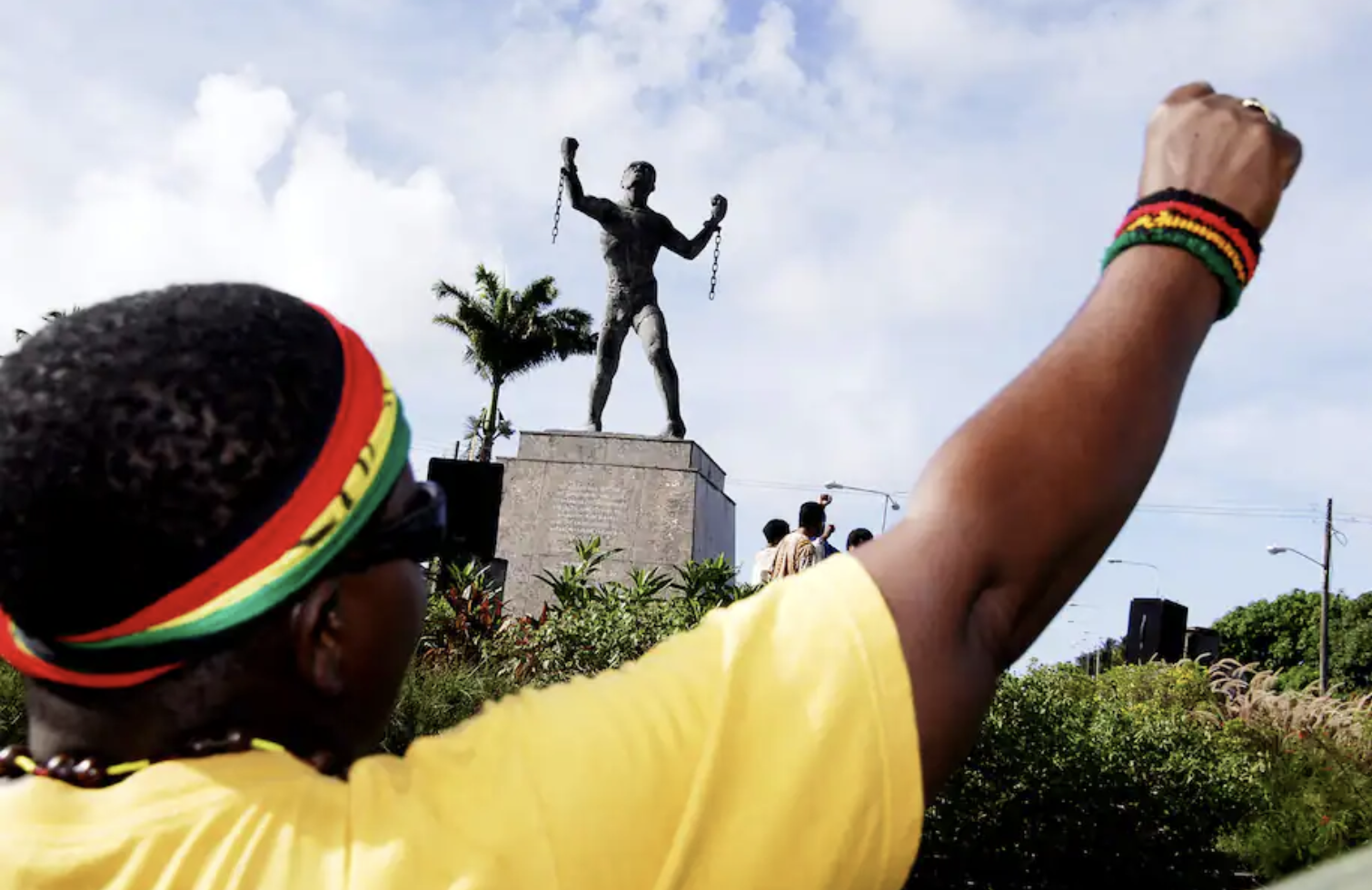 While the United States recently made Juneteenth its newest federal holiday to commemorate the end of slavery, another date was previously celebrated by U.S. abolitionist societies: Aug. 1.

That date, in 1834, marked the end of slavery in the British Empire, when the 1833 Abolition of Slavery Act came into force. In many of Britain’s former colonies in the Caribbean, as well as Canada, Aug. 1 is still celebrated as Emancipation Day.

Yet Emancipation Day commemorates a struggle to overcome slavery that did not end with its abolition. Rebellions against slavery, in Barbados in 1816, Demerara (later a part of British Guiana) in 1823 and Jamaica in 1831-32 forced Parliament toward granting emancipation. But the freedom enslaved people received on Aug. 1 was not the autonomy and dignity for which they had fought. In fact, in key ways antislavery sentiment and policies helped disguise — and prolong — the exploitation of formerly enslaved people. After slavery, freed people were denied access to land and expected to work for low wages. Emancipation policies also proved to be a useful justification for imperialism.

The National Galleries of Scotland to review entire collection’s links to slavery and colonialism
Marc Horne, July 28 2021, The Times 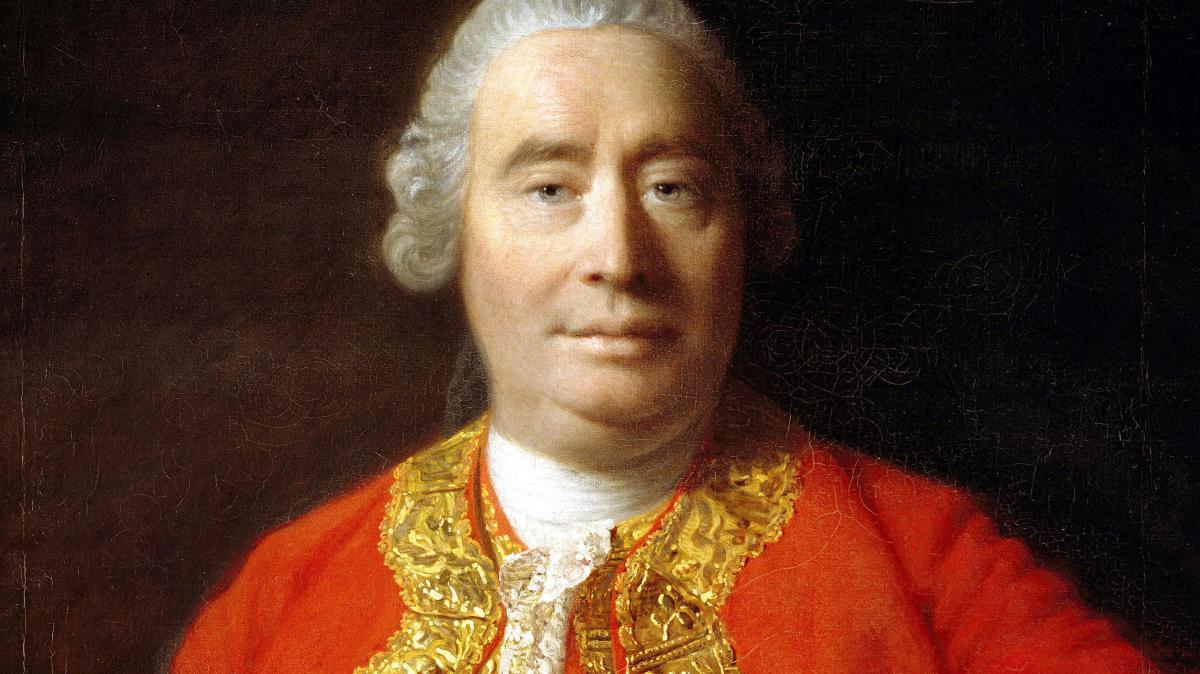 The National Galleries of Scotland has put its collections under review to ensure that works associated with slavery, racism and colonial exploitation will be publicly acknowledged and highlighted to visitors.

Nova Scotia's history of slavery is marked by brutality, but it has been largely erased
Emma Smith, Jul 31, 2021, CBC News 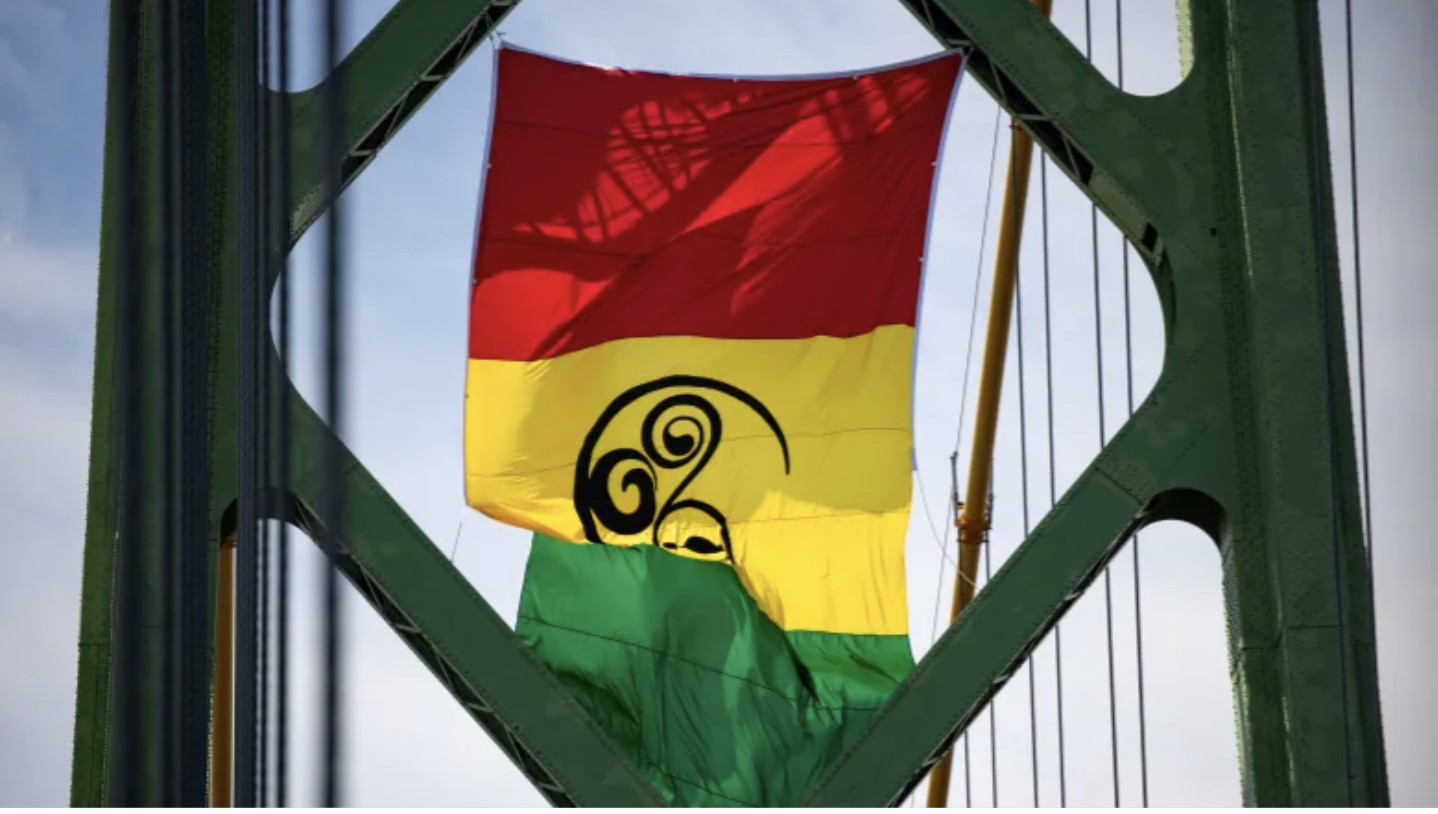 This year, as Nova Scotians officially observe Emancipation Day for the first time, there are calls to not only recognize this province's brutal history of slavery — but to make reparations for it.

"You can't talk about emancipation without talking about reparations," community leader and activist Lynn Jones told CBC Radio's Mainstreet during a special hour-long program for Emancipation Day that aired Friday.

Aug. 1 marks the day — 187 years ago — when the Slavery Abolition Act came into effect, freeing about 800,000 enslaved people in most British colonies. 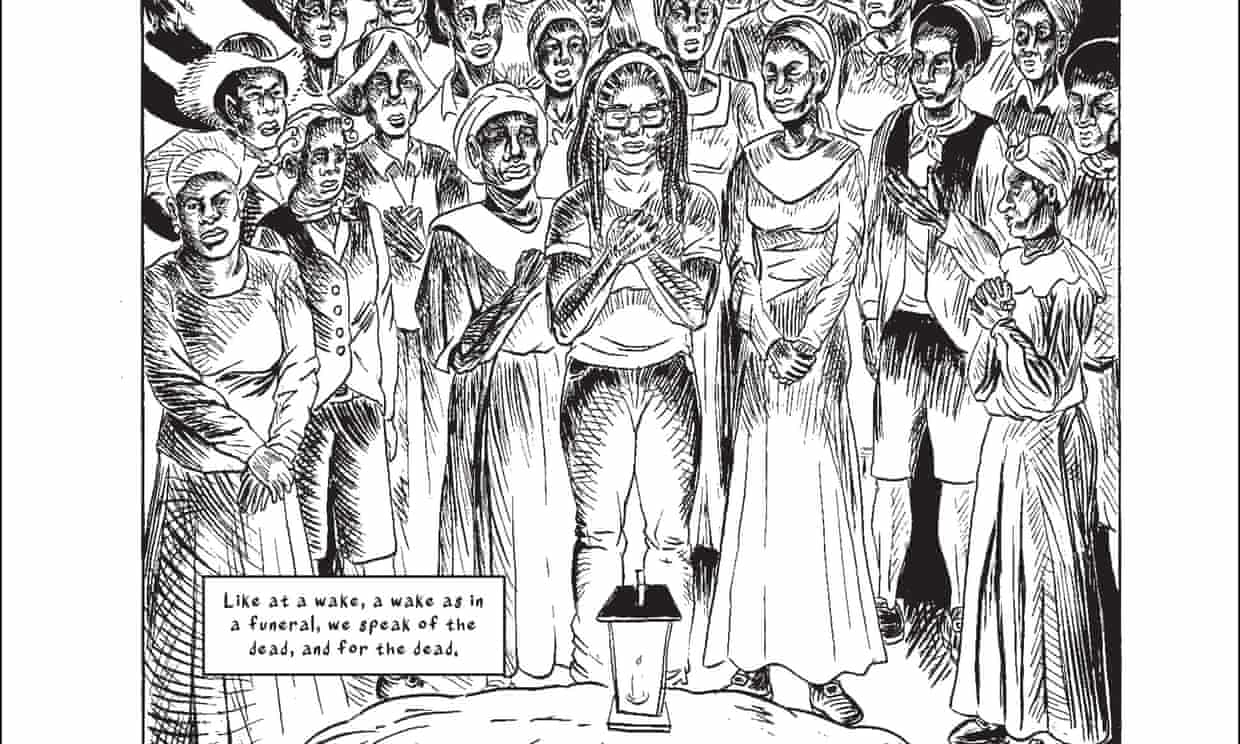 One especially bitter truth about the capture and enslavement of Africans brought to the New World is this: the identities of those who profited from it and those structures that upheld it were designed to be unremarkable.

One of the first books to break through this fiction was the 1981 book There Is a River: The Black Struggle for Freedom in America. Written by Vincent Harding, a historian, activist and colleague of Martin Luther King Jr, the book helped shatter the myth of the docile, happy slave described by slaveowners, including Thomas Jefferson (in quotes you’ll never find in Hamilton).

Enslaved Black people did resist. They ran, and they often died rather than be kept captive.