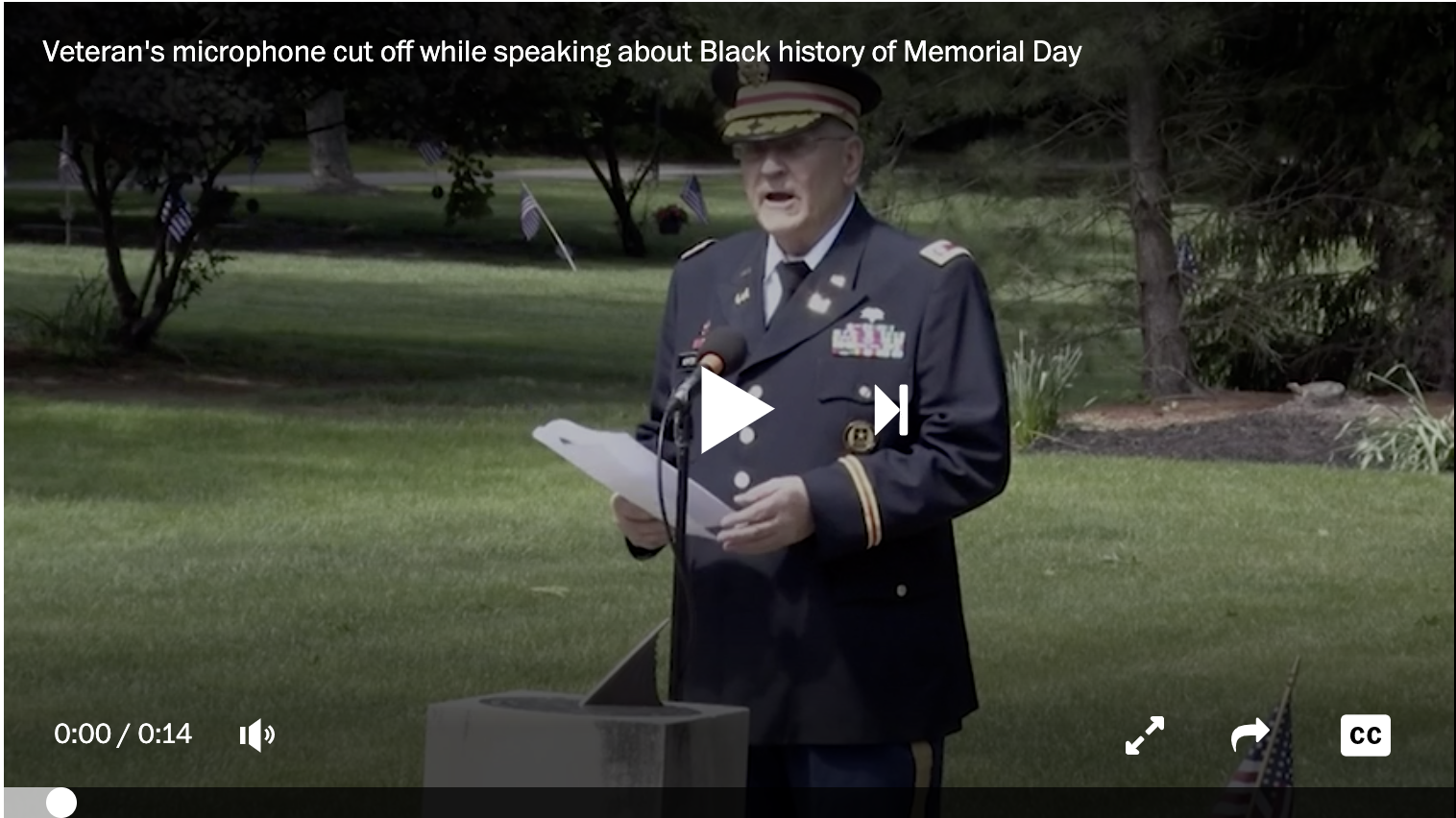 The head of an American Legion post in Ohio stepped down after he cut a veteran’s microphone during a speech Monday referencing how Black people organized the earliest Memorial Day commemoration on record, according to the veterans group.
Jim Garrison resigned after he was asked by Legion officials, the American Legion Department of Ohio said in a statement Friday. The veterans group said Garrison and Cindy Suchan, chair of the Memorial Day parade committee and president of the Hudson American Legion Auxiliary, decided to “censor” retired Army Lt. Col. Barnard Kemter in a “premeditated” move. Kemter shared his Memorial Day speech in advance with Suchan, who asked him to remove a part of his speech, and he didn’t, according to the department.

The Women Who Preserved the Story of the Tulsa Race Massacre
Victor Luckerson, May 28, 2021, The New Yorker 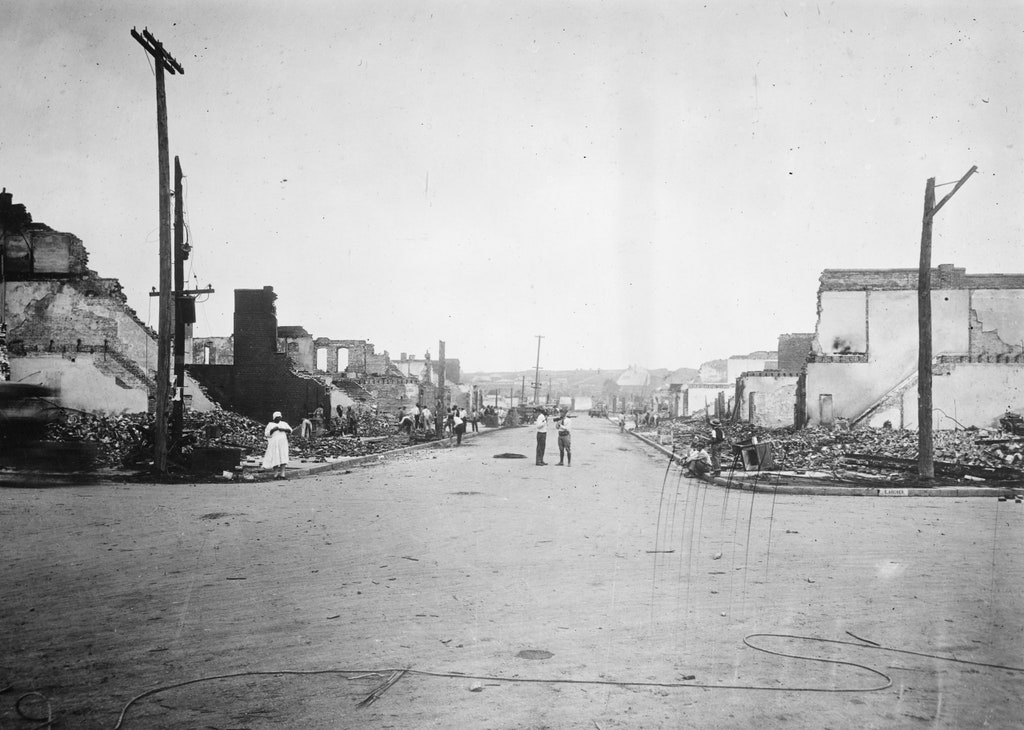 After teaching an evening typewriting class, Mary E. Jones Parrish was losing herself in a good book when her daughter Florence Mary noticed something strange outside. “Mother,” Florence said, “I see men with guns.” It was May 31, 1921, in Tulsa. A large group of armed Black men had congregated below Parrish’s apartment, situated in the city’s thriving Black business district, known as Greenwood. Stepping outside, Parrish learned that a Black teen-ager named Dick Rowland had been arrested on a false allegation of attempted rape, and that her neighbors were planning to march to the courthouse to try to protect him. 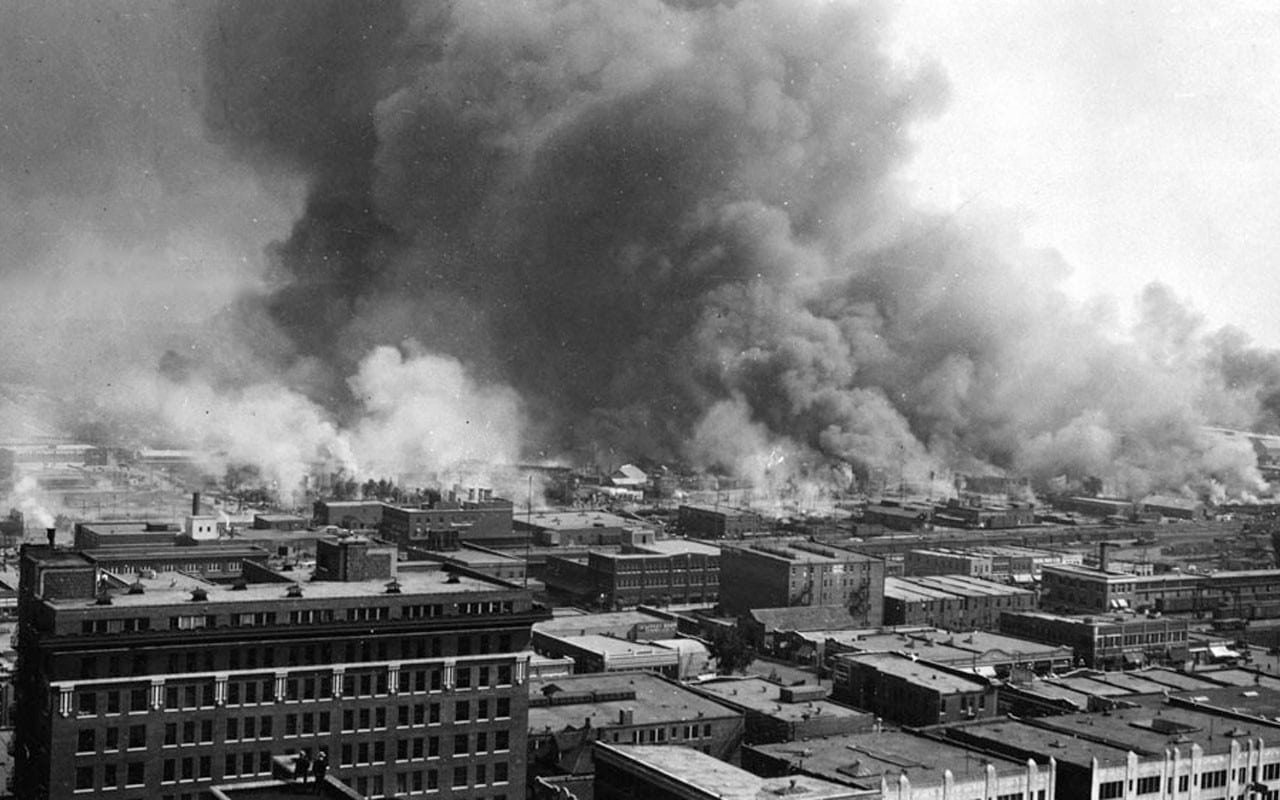 The 1921 Tulsa Race Massacre targeted and destroyed the city’s prosperous Greenwood District, home to a vibrant economy of Black-owned businesses that was known nationally as Black Wall Street. The Greenwood District’s origins are usually placed around the turn of the century with the development of the area’s oil resources. However, its emergence was also critically founded in the wealth of African Americans and Black freedpeople made possible by the region’s unique political and economic history of Reconstruction.

Before the area we know as Oklahoma received statehood in 1907, the region was known as Indian Territory. This unorganized territory served as home to the Five Civilized Tribes—the Cherokee, Creek, Choctaw, Chickasaw, and Seminole nations—after their forced exodus from the southeast in the 1830s and reservation tribes originally from the far West. Members of all Five Tribes were chattel slaveholders and brought enslaved people with them during removal. Torn between the United States and the Confederacy during the Civil War, the Five Tribes experienced their own internal civil wars as their members fought for both sides. In the wake of the United States’ total victory in 1865, the federal government required the Five Tribes to sign new treaties in 1866, known as the Reconstruction Treaties. These treaties required significant land cessions in punishment for the Tribes’ support of the Confederacy, despite the fact that thousands of members of the tribes had fought in the Union army, as well as the abolition of slavery and, most importantly, the inclusion of their new freedpeople as tribal citizens. 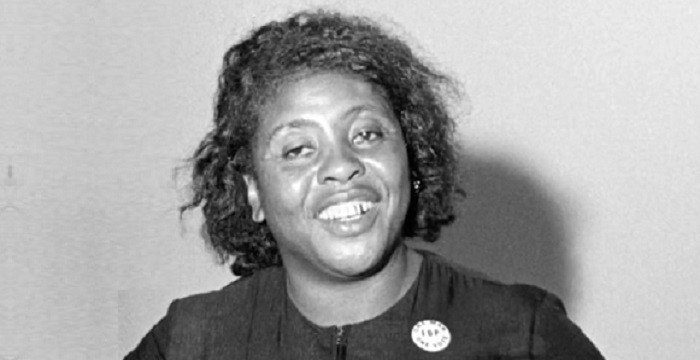 One day in August 1964, Fannie Lou Hamer found herself in the hallway outside of Martin Luther King Jr.’s hotel suite in Atlantic City, New Jersey. Several national civil rights leaders and political operatives were crammed in his suite strategizing over Black representation at the Democratic National Convention.

Prior to the convention, Hamer had helped to establish the Mississippi Freedom Democratic Party (MFDP) in order to challenge the Democrats’ all-white Mississippi delegation. Even though Hamer’s home state was under the spotlight, there was apparently no room for her in the talks. When an associate told Hamer that she should “listen to the leaders,” she asked: “Who [is] the leader?” The men around her with money and degrees actively tried to sideline her. Yet, it was Fannie Lou Hamer, a former sharecropper with limited formal education and limited financial resources, who ended up stealing the show at the convention and captivating the nation with an electrifying speech about voter suppression and state-sanctioned violence against Black Americans.


From the Caribbean to Queensland: re-examining Australia’s ‘blackbirding’ past and its roots in the global slave trade
Emma Christopher, June 4, 2021, The Conversation

There are moves afoot to scrub colonial businessman Benjamin Boyd’s name from the map. The owners of historic Boydtown on the NSW south coast are planning to change its name, while Ben Boyd National Park may also be renamed. Residents in North Sydney will take part in a survey to rename Ben Boyd Road, too.

The reason: Boyd’s links to “blackbirding” in the 19th century.

Blackbirding was a term given to the trade of kidnapping or tricking Pacific Islanders on board ships so they could be carried away to work in Australia.

Boyd instigated this practice in the late 1840s, bringing the first group of Pacific Islanders to work on land in the Australian colonies. Although his scheme ultimately failed, other labour traders would deliver approximately 62,000 islanders to Queensland and NSW between the 1860s and 1900s. 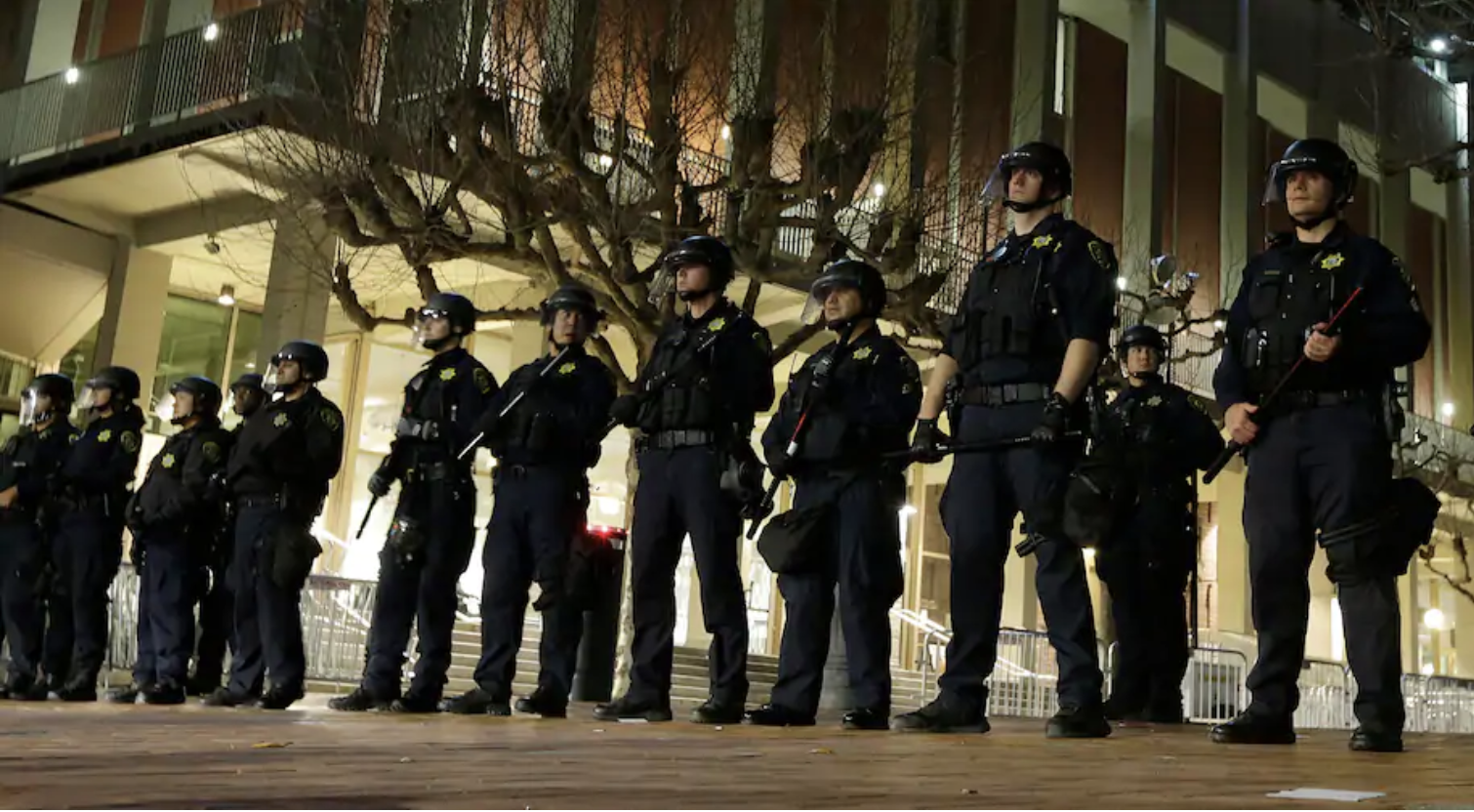 Last spring, the police killing of George Floyd, on the heels of officers shooting and killing Breonna Taylor and so many other Black people, spurred a summer of protests across the United States and abroad. In response, numerous university presidents and chancellors, as well as elected officials and corporate executives, publicly acknowledged the realities of police violence aimed at Black Americans. Some academic leaders even said, “Black Lives Matter,” a phrase that college administrators had typically avoided in the years before Floyd’s killing.