https://www.pbs.org/articles/2020/06/racism-in-america/
Race and Racism in America (2020)
Watch a collection of films and specials that highlight and add context to the many aspects of race and racism in our country.

Photos: A look back at Bay Area protests after George Floyd’s death

What the US can learn from Africa about slavery reparations
Kwasi Konadu, May 6, 2021, The Conversation 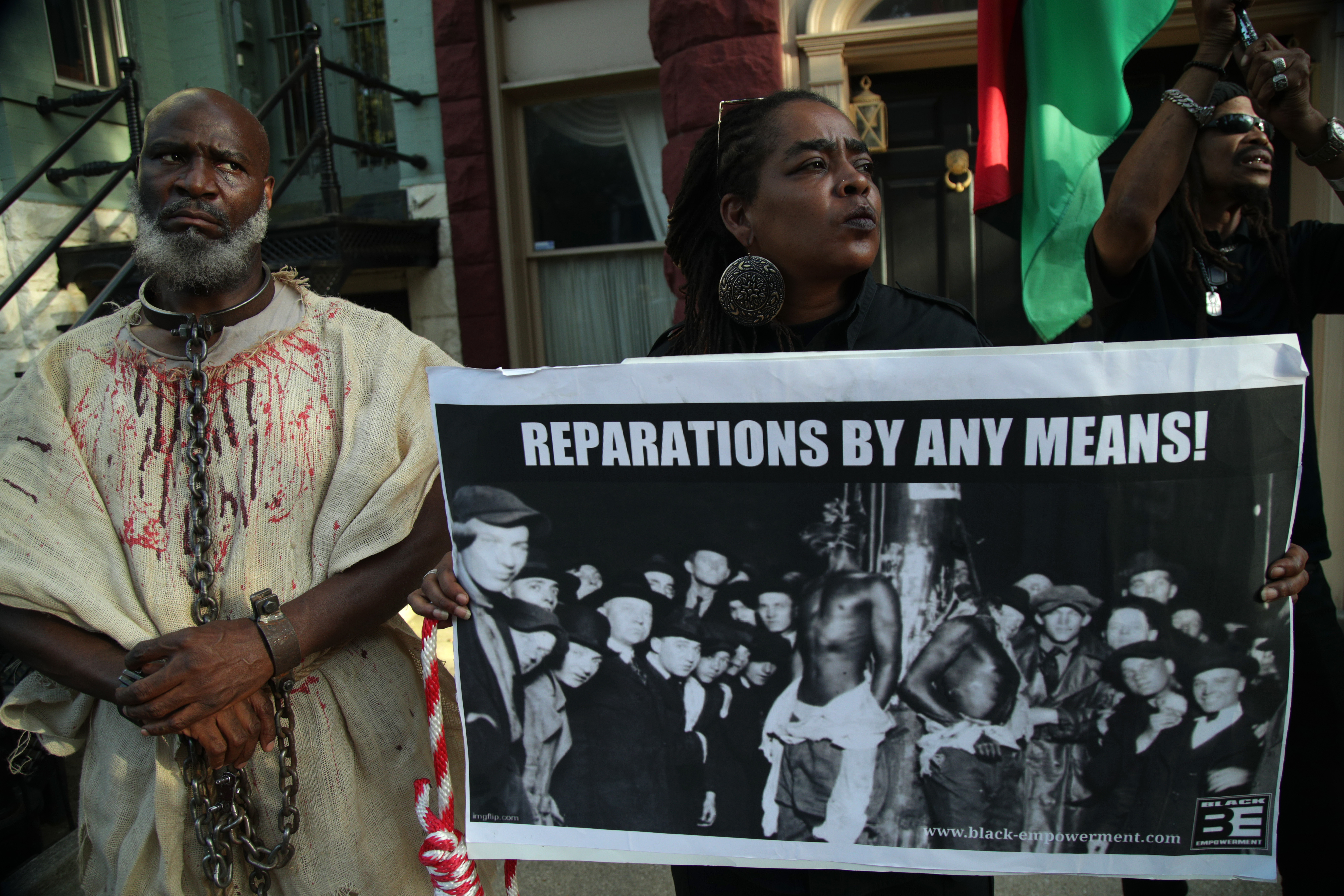 The House Judiciary Committee voted on April 14, 2021, to recommend the creation of a commission to study the possibility of paying reparations to the descendants of enslaved people in the United States.

The measure, H.R. 40, would establish a 15-person commission to offer a “national apology” for slavery, study its long-term effects and submit recommendations to Congress on how to compensate African Americans.

Any federal reparations bill faces long odds of being enacted due to Republican opposition, but this is the furthest this effort has advanced since a similar bill was first introduced over 30 years ago. 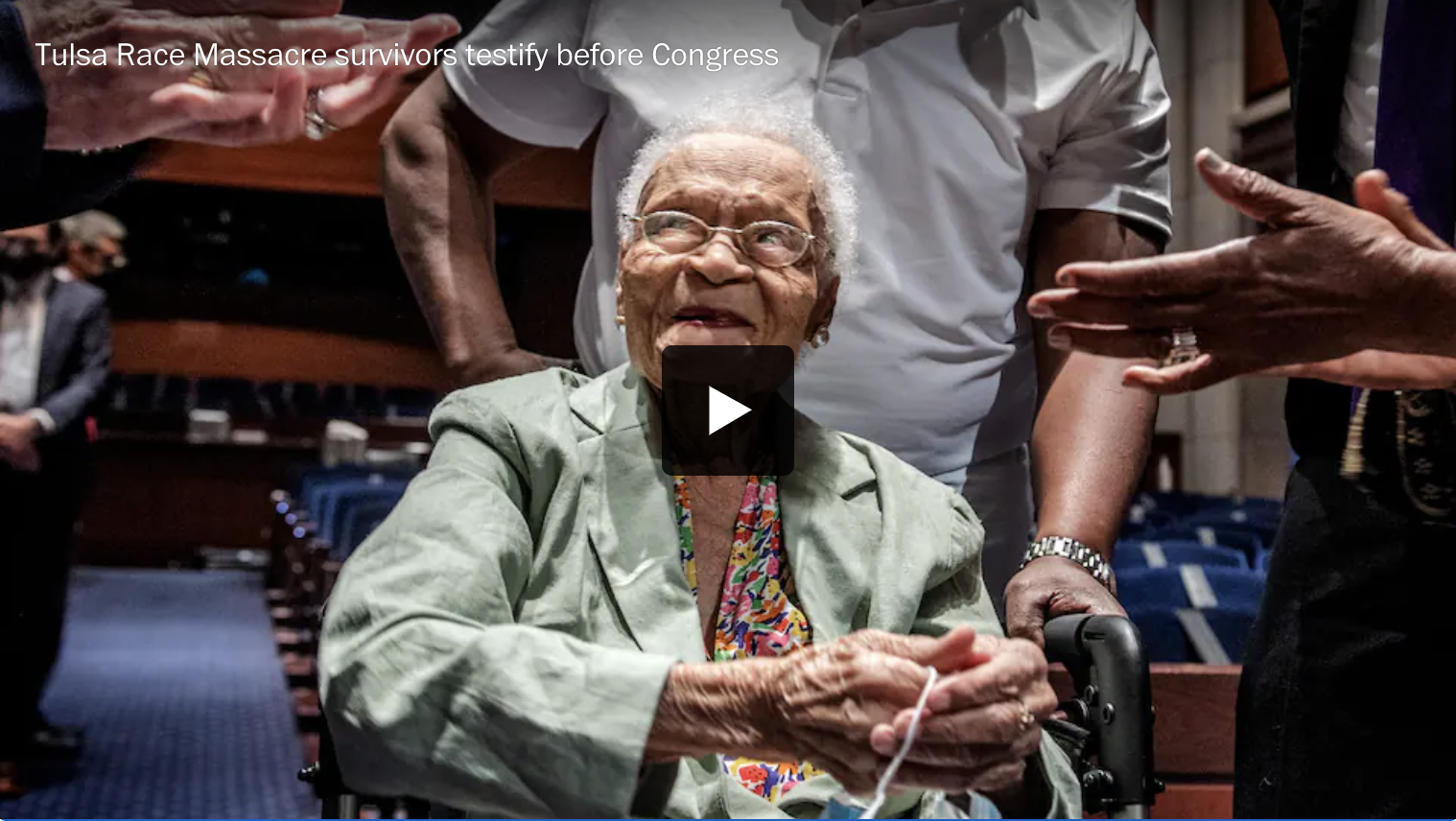 She had just turned 7 years old when a White mob descended on her all-Black neighborhood in a murderous rage.

“I’m a survivor of the Tulsa Race Massacre,” Viola Fletcher, 107, told members of a House Judiciary subcommittee Wednesday. “Two weeks ago, I celebrated my 107th birthday. Today, I’m visiting Washington, D.C., for the first time in my life. I’m here seeking justice and asking my country to acknowledge what happened in Tulsa in 1921.”

Fletcher, her 100-year-old brother, Hughes “Uncle Red” Van Ellis, and a third survivor, 106-year-old Lessie Benningfield Randle, appeared before the subcommittee to push for reparations for one of the worst episodes of racial violence in U.S. history.

Texas Pushes to Obscure the State’s History of Slavery and Racism
Simon Romero, May 20, 2021, The New York Times 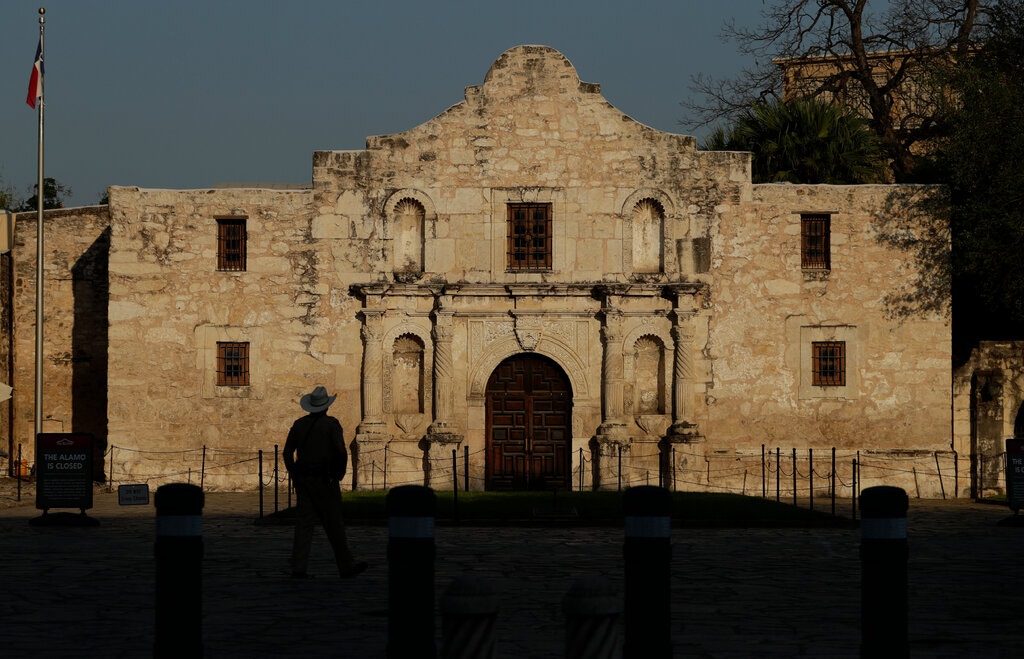 Every morning, schoolchildren in Texas recite an oath to their state that includes the words, “I pledge allegiance to thee, Texas, one state under God.”

Now, a flurry of proposed measures that could soon become law would promote even greater loyalty to Texas in the state’s classrooms and public spaces, as Republican lawmakers try to reframe Texas history lessons and play down references to slavery and anti-Mexican discrimination that are part of the state’s founding.

The proposals in Texas, a state that influences school curriculums around the country through its huge textbook market, amount to some of the most aggressive efforts to control the teaching of American history. And they come as nearly a dozen other Republican-led states seek to ban or limit how the role of slavery and pervasive effects of racism can be taught. 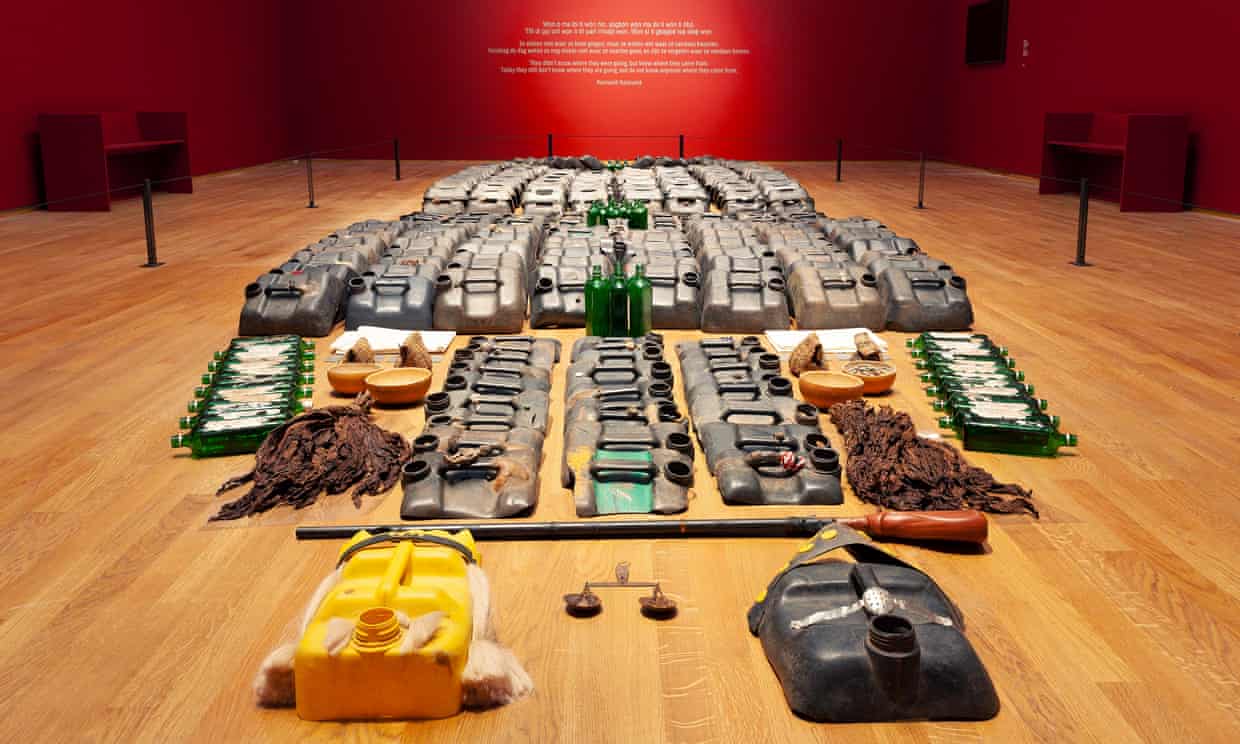 The aim of a first exhibition on the Dutch slave trade to be shown at the Rijksmuseum, launched on Tuesday by King Willem-Alexander, is not to be “woke” but to be a “blockbuster” telling a truer story of the Golden Age, the director general of the national institution has said.

Taco Dibbits said his museum had no intention of taking sides in a political and cultural debate but that the royal visit, broadcast live on national television, highlighted that the wealth bestowed and cruelty endured is not just relevant to the descendants of those enslaved.

“I think, I mean obviously you would have to ask [Willem-Alexander] yourself, but I think with that he emphasises that this is part of our history that concerns all people in the Netherlands and not only the descendant of a slave”, said Dibbits. “I mean, it’s about me, it’s about you, it’s about the king himself … it’s about everybody who lives in the country.”

The Making of ‘High on the Hog,’ Bringing Black Food History to TV
Kim Severson, May 17, 2021, The New York Times 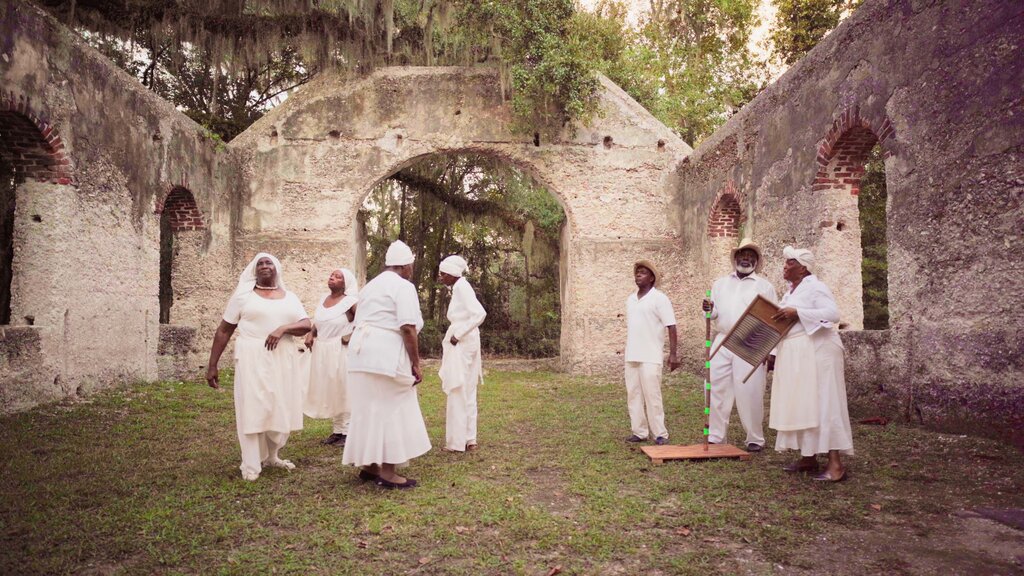 There is a breathtaking moment near the end of the first episode of “High on the Hog: How African American Cuisine Transformed America,” a new four-part Netflix documentary based on the 2011 book by the scholar Jessica B. Harris.

The scene unfolds in Benin, a country Dr. Harris has visited a dozen times in her work chronicling the connection between the foods of West Africa and the United States. She tenderly leads the series’ host, Stephen Satterfield, to the Cemetery of Slaves. The beachfront memorial marks the mass grave of thousands who died in captivity before they could be loaded into ships at one of the most active slave-trading ports in Africa.

Mr. Satterfield, a reserved 37-year-old who moved from a restaurant career to one in media, begins to cry. “I’m so glad I can tell them thank you,” he says. “And I’m so glad that finally, I get to bring them home with me. They get to come home.”