The Seductions and Confusions of Genealogical Research

by Ann Banks' Confederates in My Closet

For a long time, I thought that researching family history was a dubious pastime. Also one fraught with peril, when undertaken for the purposes of ancestor-glorification and ego-gratification.  Should you have a forebear by whom you set great store – for example, as my Aunt May did by Philip Alston, you may well learn many disreputable things about him, of which owning slaves is only one. 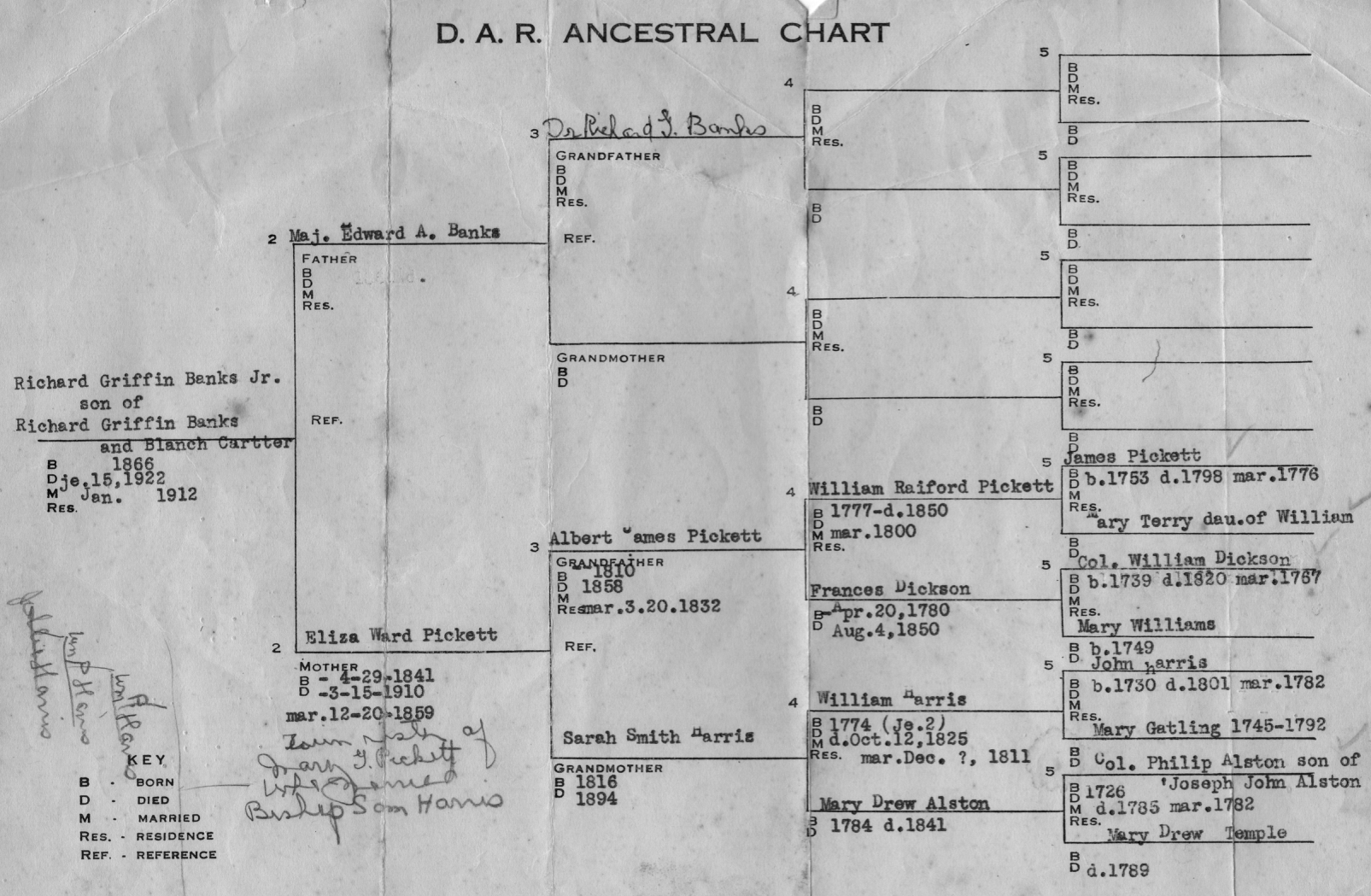 According to a website compiling “All Deceased Banks & Bankses Persons of European Origin in the U.S. . .” Dr. Banks’ Hampton, Virginia, house was burned down during the Civil War and the family was forced to flee, saving only a pair of silver candlesticks.  This colorful detail comes from the records of a Mrs. James Banks and may or may not be apocryphal. (And if it IS true, what became of those candlesticks?)

I take note of the qualifying “of European Origin” in the webpage title.  In the 1840 census, Dr. Banks’s household consisted of “1 white male, 1 white female, and 7 slaves.”  In 1840, enslaved men and women were not listed by surname. But if they were eventually assigned the last name of Banks, as was common, it must have seemed important to the compiler of the genealogy to exclude them from the white Bankses.

Read more about Ann's Confederates In My Closet on her website.