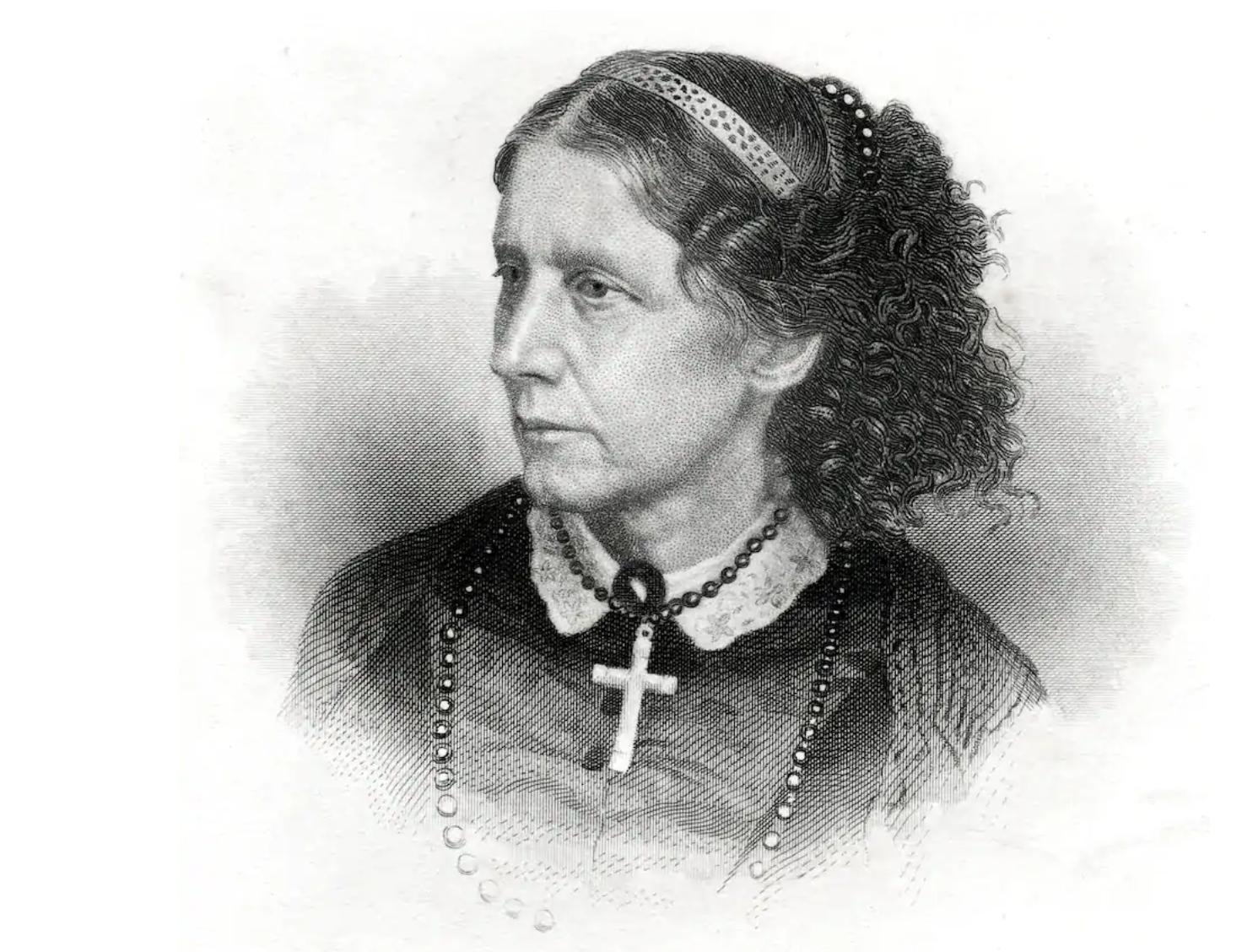 Can Democrats truly reconcile with those Republicans who called President Biden’s election fraudulent and encouraged violent attack of the U.S. Capitol? Earlier moments in U.S. history should caution us about the lure and danger of reconciliation when one side refuses to acknowledge wrongdoing. After the Civil War, former Union partisans sought to get along with the Southerners who fought to keep Black people enslaved even after the war. But later, they doubted the wisdom of having done so.

One of those people was Harriet Beecher Stowe, the author of Uncle Tom’s Cabin (1852), the most influential novel in the United States during the 19th century. Her famous book kindled readers’ sense that they could and must end slavery, even if that meant disrupting alliances, friendships and family ties with enslavers and their supporters. Thirty years later, Stowe wrote a story little known even it its own time, in which she considered what happened when these same White Northerners who fought against slavery reconciled too easily with former enslavers. 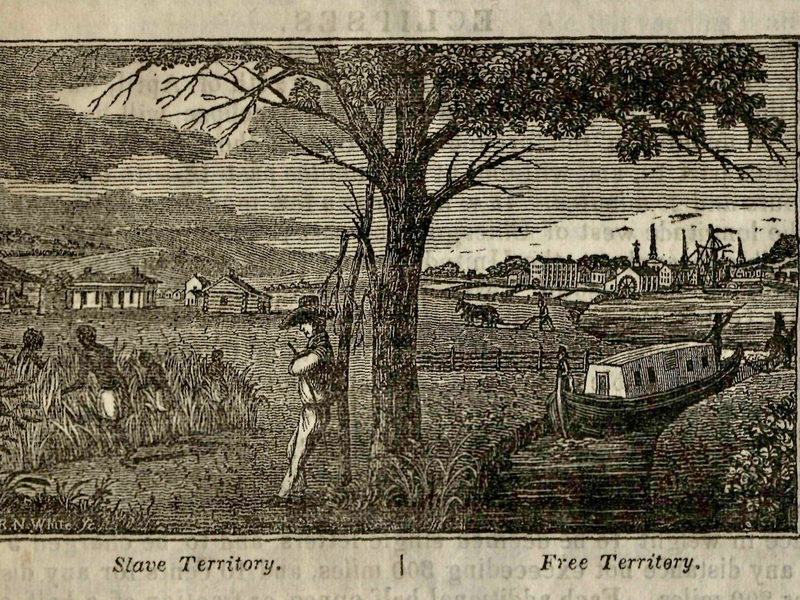 In summer 1836, white residents of Cincinnati rioted, not for the first time, against their black neighbors. On this occasion, the Ohioans rallied first against the city’s newly established abolitionist newspaper, The Philanthropist, destroying editor James Birney’s printing press and throwing the pieces into the Ohio River. From there they rampaged through black neighborhoods, attacking businesses and looting private homes.

Ohio was a free state, but African Americans living there were subject not only to periodic white lawlessness but also to explicitly racist laws. The so-called “black laws,” which the state legislature began passing in 1804, required black residents to register with county officials (which included showing proof that they were legally free, getting landowners to post bonds on their behalf, and paying a fee), forbade African Americans from testifying in court cases involving whites, and reserved public education for white children only. Separately, the state constitution declared that only white men were entitled to vote. 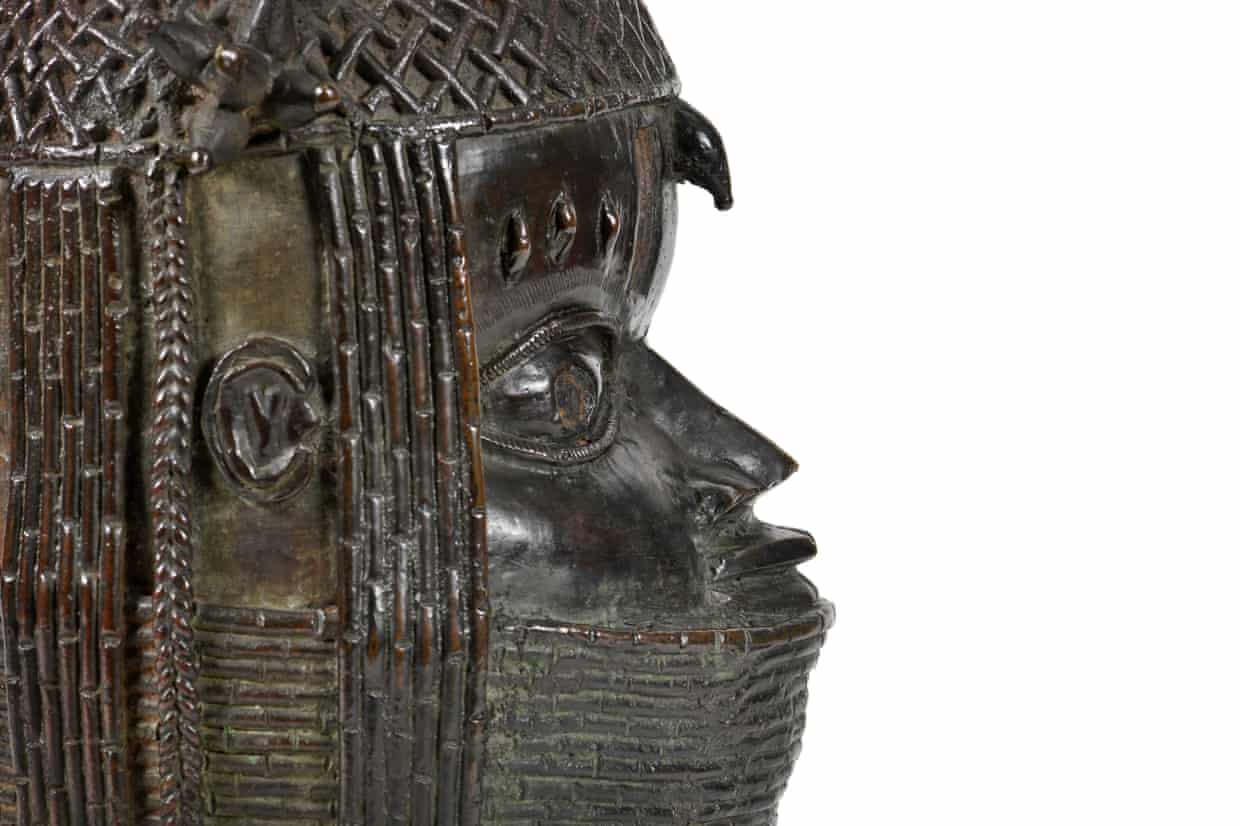 The University of Aberdeen is to return a controversial Benin bronze after a review found the item had been acquired in an “extremely immoral” manner, as the Nigerian government calls on other British museums to reassess their collections.

The bronze, which depicts the Oba, or king of Benin, was part of a haul of thousands of items taken when British forces looted Benin city in southeastern Nigeria in 1897, and will be sent back “within weeks”, according to the university.

In a statement, the institution, which has had the bronze since 1957, said the “punitive expedition” of 1897 was one of “the most notorious examples of the pillaging of cultural treasures associated with 19th-century European colonial expansion”.

US museums hold the remains of thousands of Black people
Delande Justinvil and Chip Colwell, March 24, 2021, The Conversation 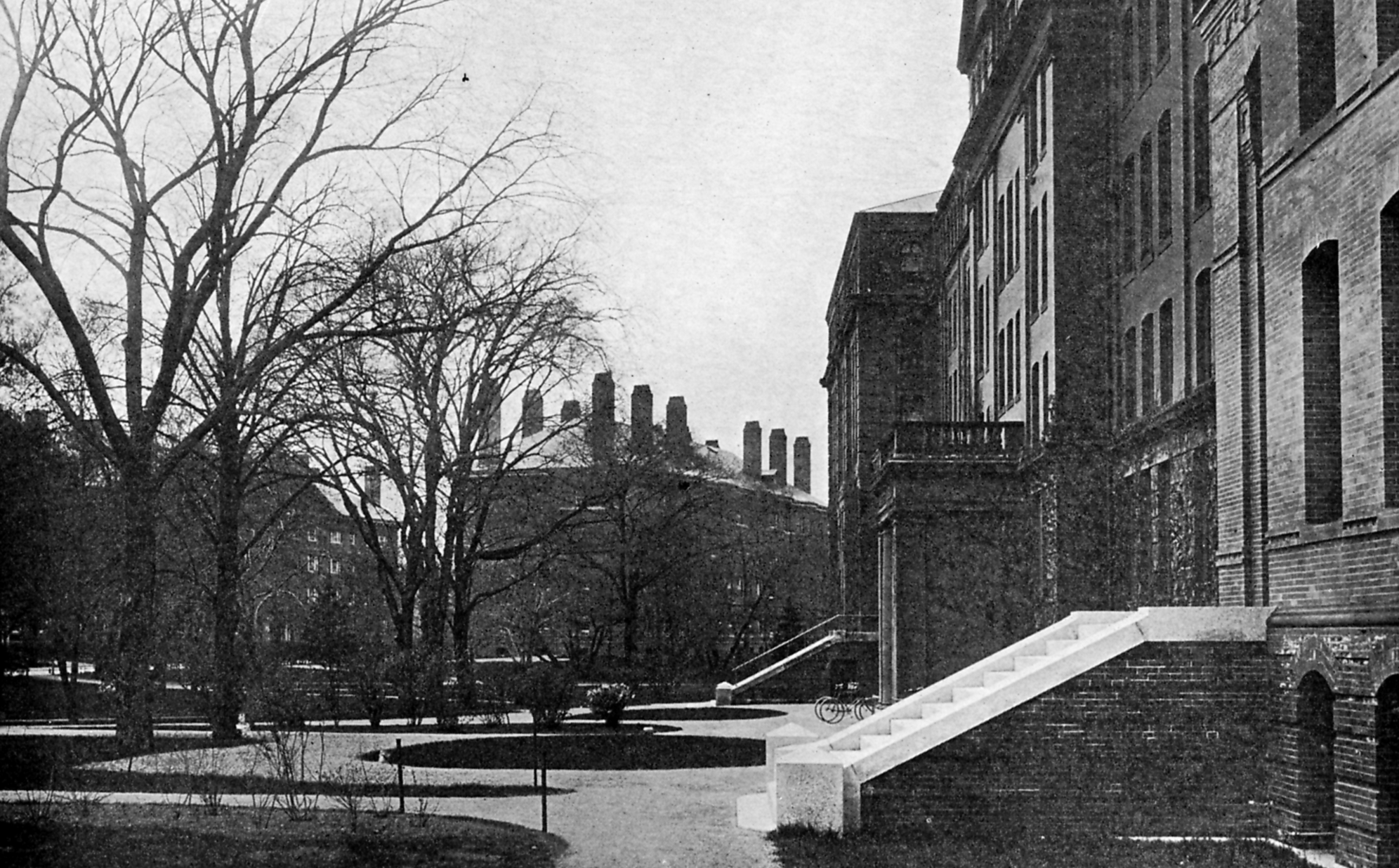 Among the human remains in Harvard University’s museum collections are those of 15 people who were probably enslaved African American people. Earlier this year, the school announced a new committee that will conduct a comprehensive survey of Harvard’s collections, develop new policies and propose ways to memorialize and repatriate the remains.

“We must begin to confront the reality of a past in which academic curiosity and opportunity overwhelmed humanity,” wrote Harvard President Lawrence S. Bacow.

Georgia governor signed a voter suppression law under a painting of a slave plantation
Will Bunch, March 26, 2021, The Philadelphia Inquirer 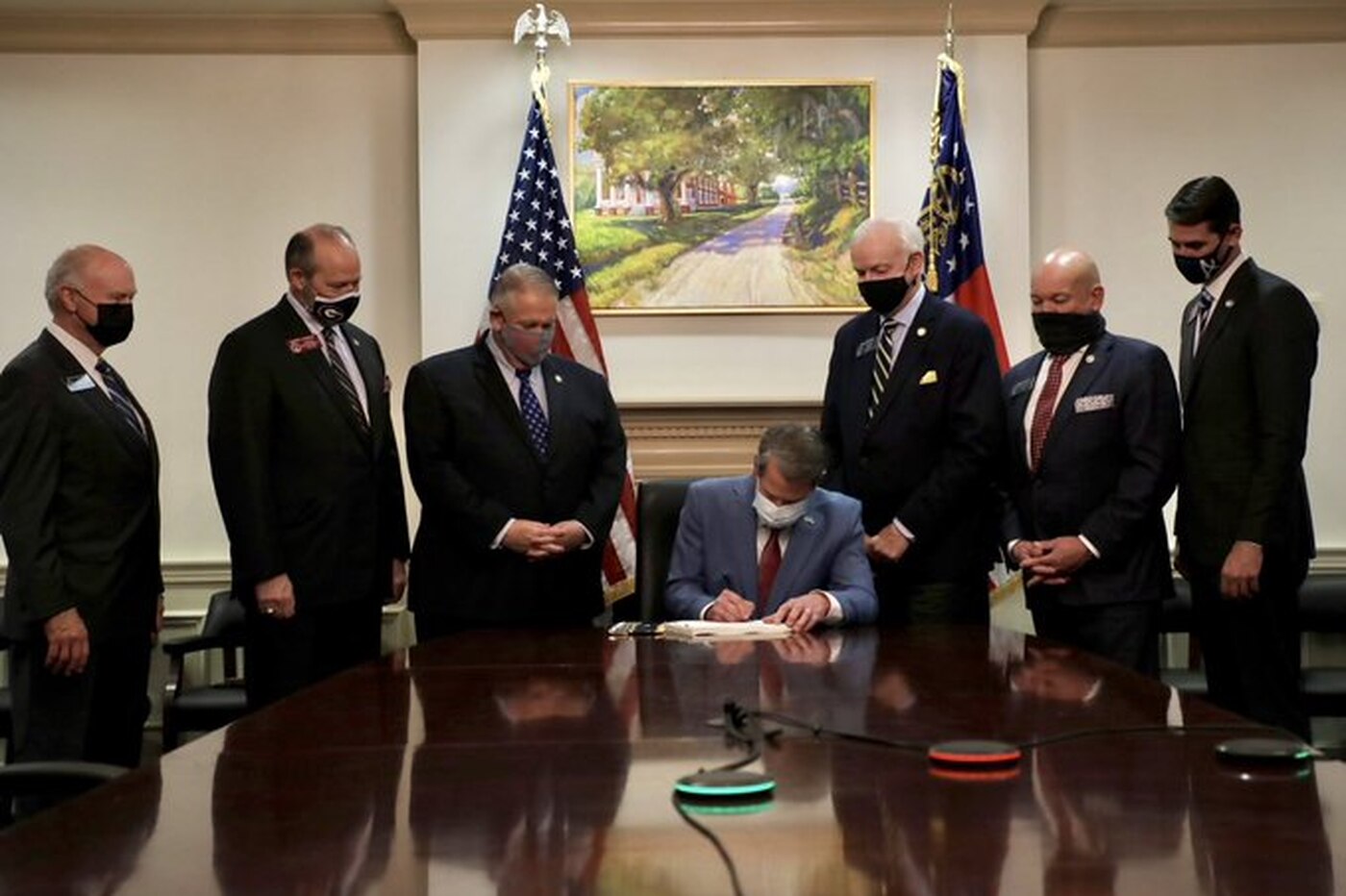 Sometimes America’s legacy of white supremacy is hiding in plain sight, literally. When Georgia Gov. Brian Kemp signed a hastily passed voter suppression law that many are calling the new, new Jim Crow on Thursday night, surrounded by a half-dozen white men, he did so in front of a painting of a plantation where more than 100 Black people had been enslaved.

Pay attention when they tell you to forget
Christina Proenza-Coles, March 23, 2021, Public Books 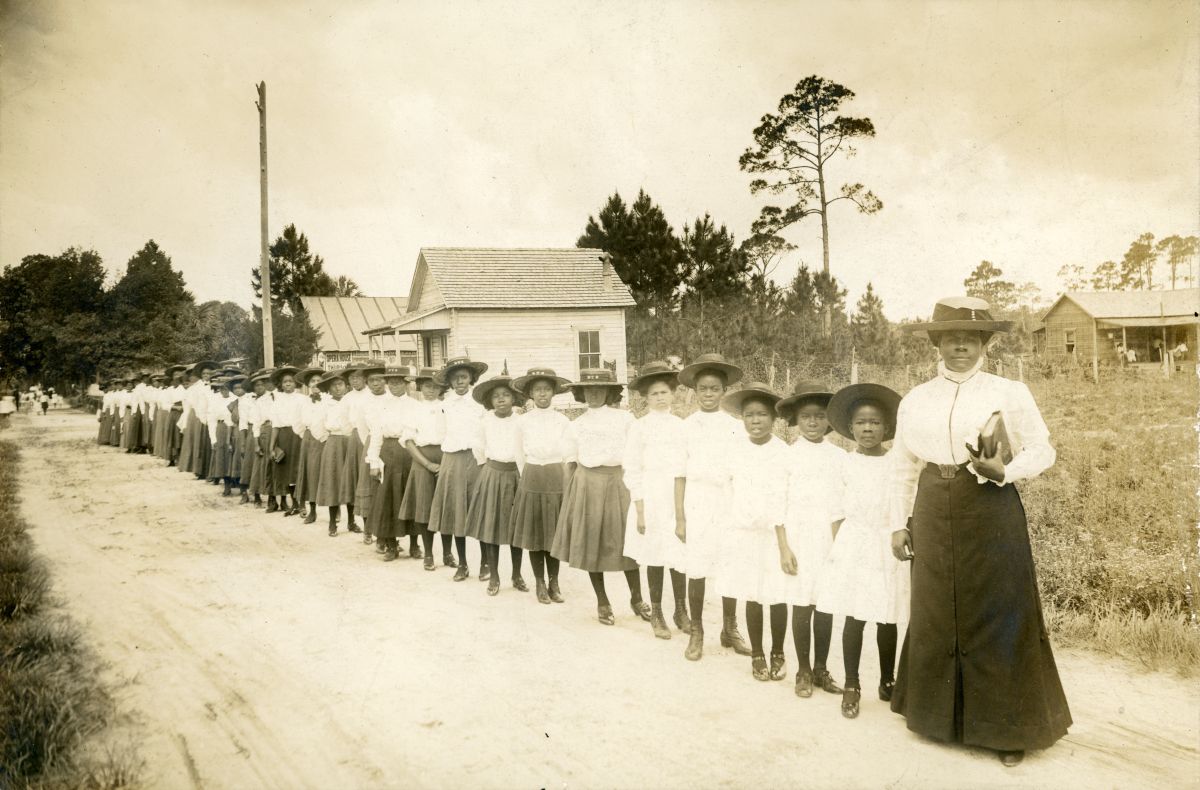 When Natasha Trethewey’s maternal grandmother housed visiting white missionaries—in a region of North Gulfport, Mississippi, originally founded by former slaves—white residents threatened to bomb the local church and Bible camp in retaliation. Some burned a cross in the driveway of the home in which young Trethewey was sleeping. “In my grandmother’s house,” Trethewey explains, “the act of remembering … was meant to ensure my future safety, protection gained through knowledge and the vigilance it brings.”

Martha S. Jones’s great-great-grandmother Susan Davis was born in 1840, knew enslavement, and became politically active upon her freedom. Davis’s daughter, Fannie Miller Williams, was an educator and voting-rights activist. In 1889 she was physically assaulted by a local marshal when she sat in the white section of a Kentucky theater.

From Jim Crow to Now: On the Realities of Traveling While Black
Mia Bay, March 25, 2021, Literary Hub

In 1922 Joseph K. Bowler told a reporter for the Chicago Defender that he never ventured to the South without a “Jim Crow traveling kit.” Designed to allow Bowler, a minister who lived in Massachusetts, to travel through segregated states in relative comfort, the kit included “a pair of soiled overalls purchased from an auto mechanic, a miniature gasoline stove and a small table top the size of a scrub board.” The contents of Bowl­er’s kit vividly illustrate some of the indignities and discomforts that Black travelers could expect to encounter in the “colored” railroad cars of his era. He wore the overalls, he explained, to avoid the expense of “soiling” good clothes in the “dirty Jim Crow coaches.”