IN THE NEWS! #BigIsms #FBIMurderFredHampton 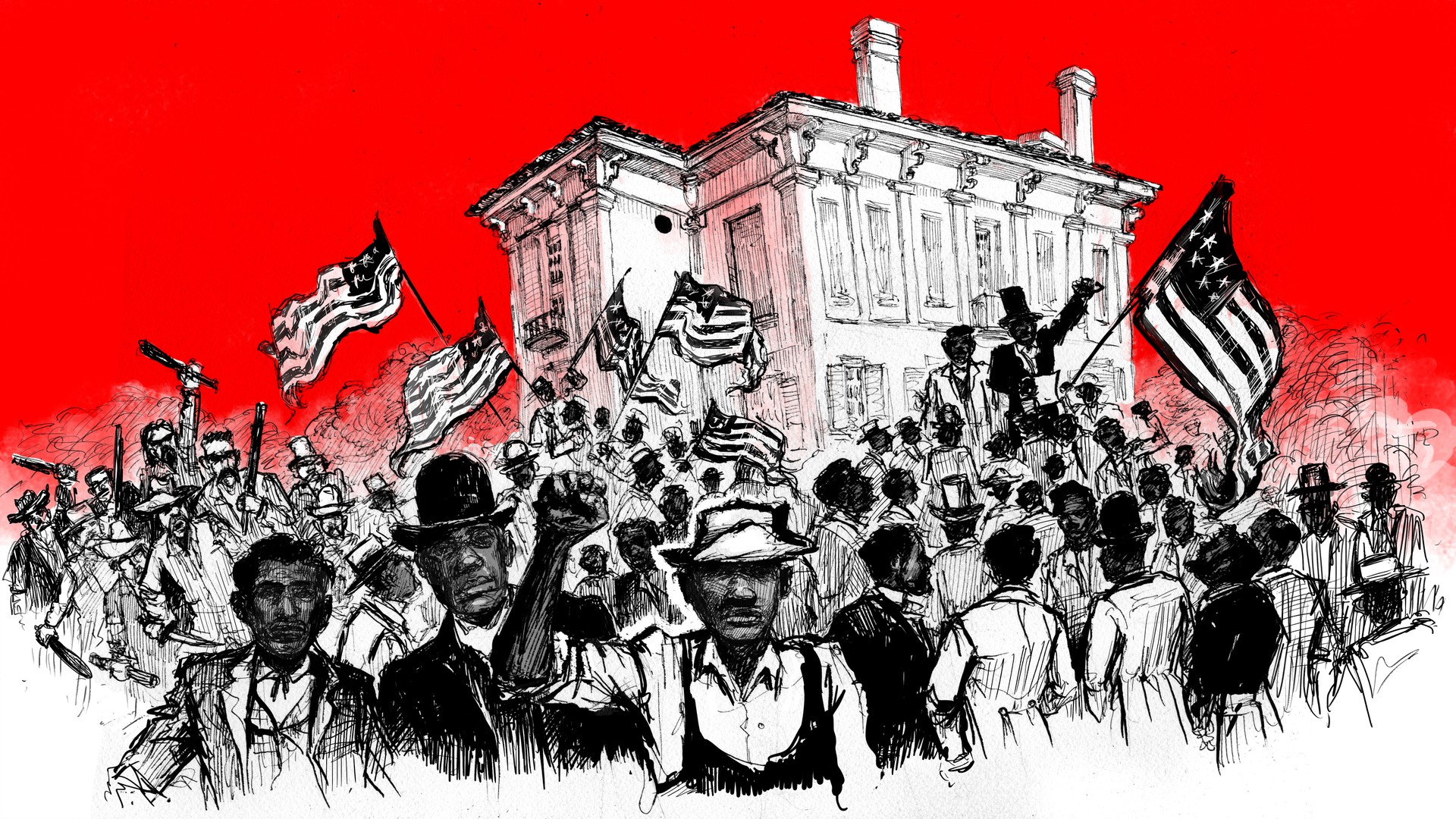 Granddaddy’s voice was raspy; love laced his hello. His throne, a maroon recliner, filled the corner of the den in his ranch-style home. On a typical summer afternoon—during one of our weeklong sojourns back to Montgomery, Alabama, from wherever the Air Force took my dad—my cousins and I would be sprawled across the floor, keeping up a ruckus.

In the evening, Granddaddy would fumble with the remote, his hands worn from years working on the telephone lines for South Central Bell, and turn on the news. He would shush all of us; this was one of his favorite times of the day. Granddaddy always wanted to know what was going on, even if he could already tell you why it was happening. He was full of the wisdom of a man born into the sharecropping South of 1931.


Statues and Fields: Thoughts on our national fight over how we remember,
and what we forget
Neil King Jr., March 2021, The Talbot Spy

Much of the past year I have spent in a converted barn around the bend from a muddy field where momentous things happened a long time ago. That forgotten field between St. Michaels and Tilghman Island is as interwoven with our nation’s pained past as a disputed statue of Abraham Lincoln that stands blocks from my house in Washington DC. Those two, the field on Maryland’s Eastern Shore and the statue in Washington, are themselves potently tied to one another.

The statue—of a benevolent Lincoln holding his hand above a kneeling enslaved Black man that he has just freed—attempts to capture in bronze a pivotal moment in our history. The patch of ground—where a 16-year-old Frederick Douglass famously beat down his white overseer—remains just that: A long rectangle of soggy corn stalks girded on one side by telephone wires and on the other by the eroding shoreline of the Chesapeake Bay.

Colleges confront their links to slavery and wrestle with how to atone for past sins
Calvin Schermerhorn, March 1, 2021, The Conversation 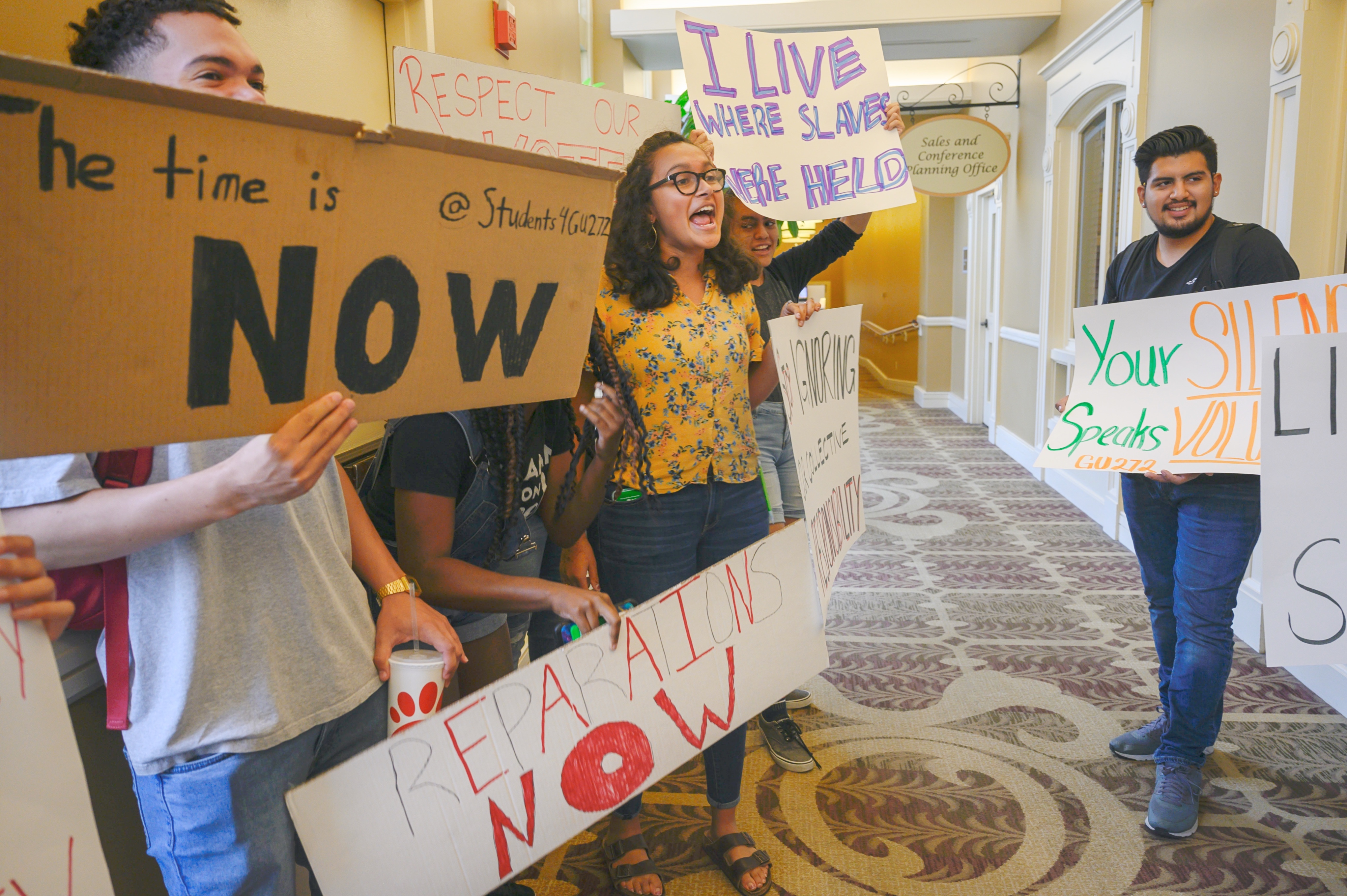 Colleges and universities across the U.S. have been taking a hard look at their ties to slavery.

This isn’t an entirely new phenomenon. Back in 2006, Brown University published a report showing that the university – from its construction to its endowment–participated in and benefited from the slave trade and slavery.

And since then, several other colleges and universities have disclosed their ties to the use of slave labor.

For instance, Johns Hopkins University – whose namesake and founder has historically been portrayed as an abolitionist – reported in December 2020 that its founder actually employed four enslaved individuals in his Baltimore household. 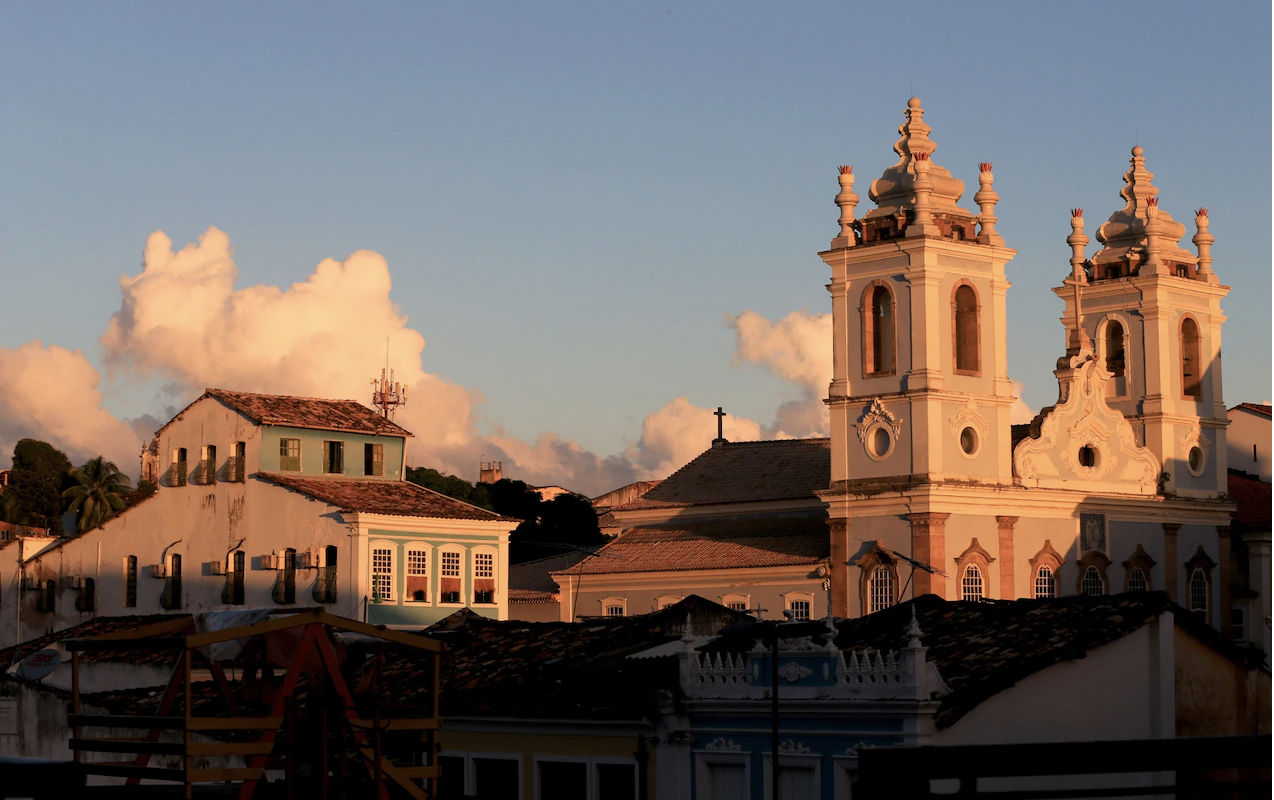 Last year’s push to make the Black Lives Matter movement mainstream challenged travelers to seek perspectives left out of their guidebooks. This aspect of the movement added momentum to an ongoing conversation about the origins and interpretations of historic landmarks, venerated memorials, and key sites in the United States, especially those of the colonial and Civil War eras.

Some 400 years ago, enslaved Africans first arrived in colonial Virginia. But the impact of slavery reached far beyond the original colonies. The transatlantic slave trade, active between 1525 and 1866, forcibly removed 12.5 million people, mainly from Central and West Africa, and redistributed them across the Americas, Europe, and the Caribbean. To commemorate this tragedy and ensure the world takes steps toward reconciliation, UNESCO launched the Slave Route Project in 1994 to document the dozens of sites essential to the history of slavery. 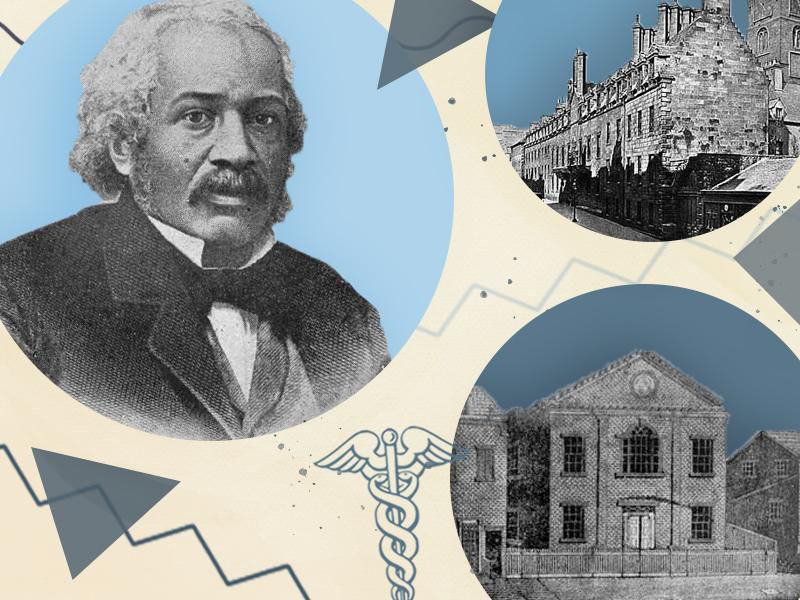 James McCune Smith was not just any physician. He was the first African American to earn a medical degree, educated at the University of Glasgow in the 1830s, when no American university would admit him. For this groundbreaking achievement alone, Smith warrants greater appreciation.

But Smith was also one of the nation’s leading abolitionists. In 1859, Frederick Douglass declared, “No man in this country more thoroughly understands the whole struggle between freedom and slavery than does Dr. Smith, and his heart is as broad as his understanding.” A prolific writer, Smith was not only the first African American to publish peer-reviewed articles in medical journals; he also wrote essays and gave lectures refuting pseudoscientific claims of black inferiority and forecast the transformational impact African Americans were destined to make on world culture.

John Stauffer, a Harvard English professor who edited The Works of James McCune Smith, says that Smith is one of the underappreciated literary lights of the 19th century, calling him “one of the best-read people that I’ve encountered.” 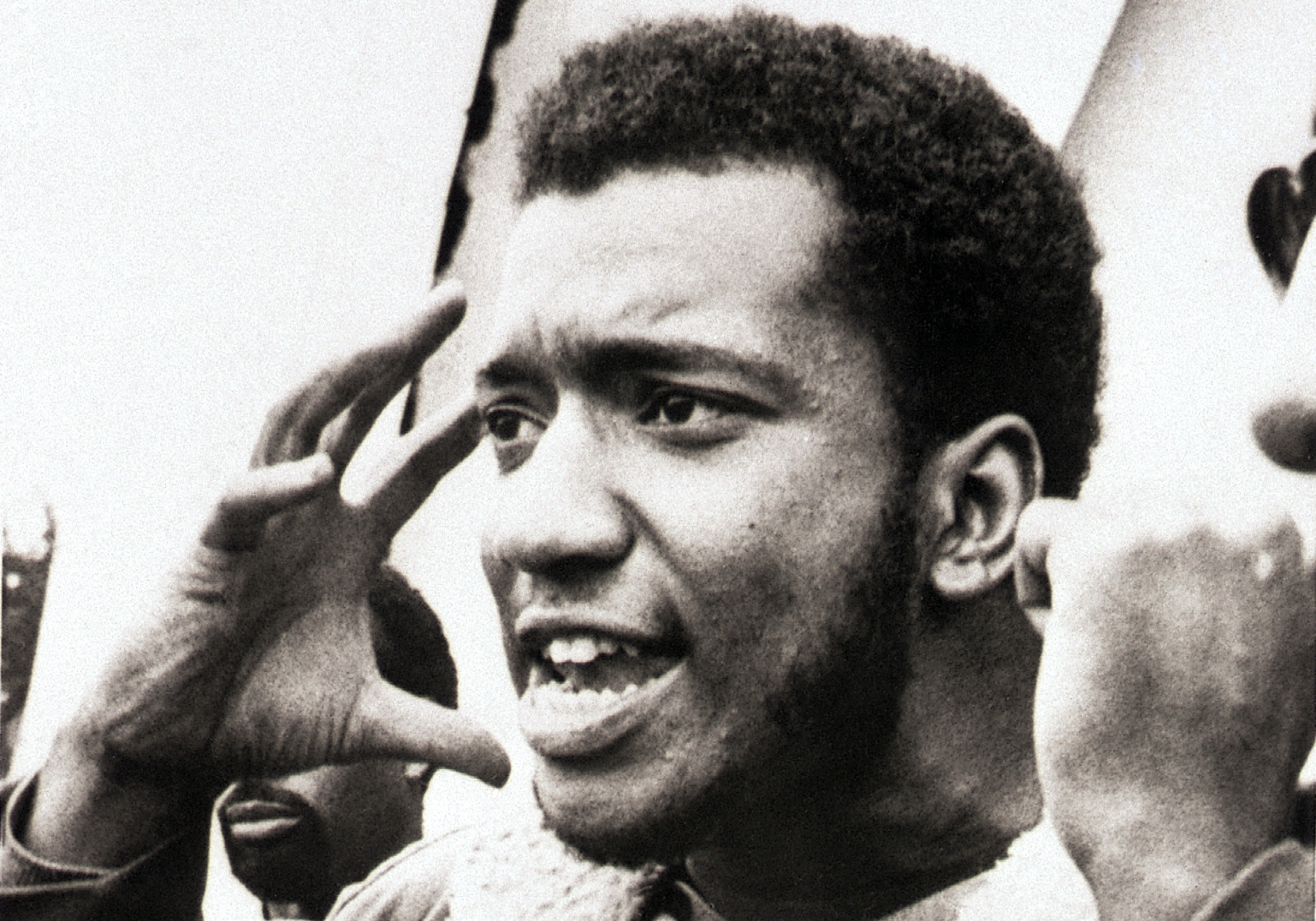 In the predawn hours of December 4, 1969, fourteen Chicago Police officers, claiming they were searching for illegal weapons, crashed into a first floor apartment on Chicago’s Monroe Street and opened fire. Inside were nine members of the Illinois Black Panther Party, including the rising star of the chapter, Fred Hampton.

The police claimed the apartment’s occupants fired on them, but after a fusillade of more than ninety bullets, the only people shot were Panthers, including Mark Clark and Hampton, who were dead. The picture of grinning cops carrying Hampton’s body out of the apartment that circulated in the wake of the killing said it all: the Chicago Police Department (CPD) had wanted Hampton dead. Their mission was accomplished. 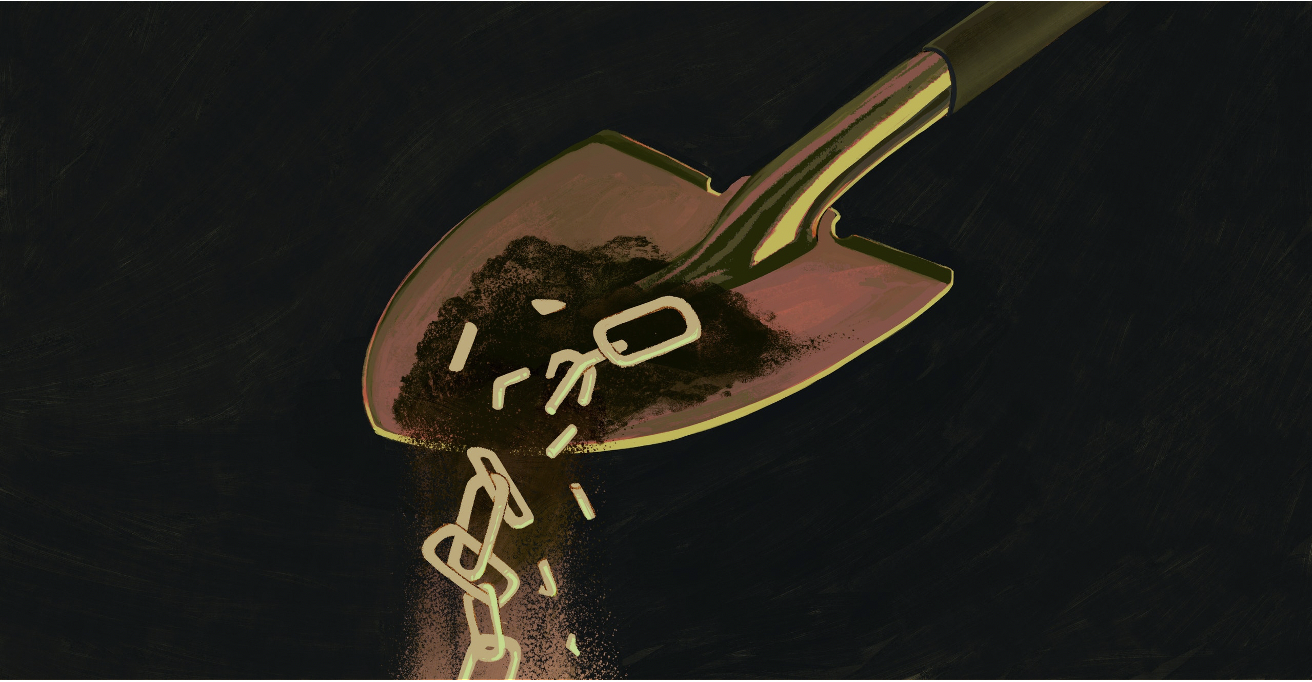 My parents’ home, in Umujieze, Nigeria, stands on a hilly plot that has been in our family for more than a hundred years. Traditionally, the Igbo people bury their dead among the living, and the ideal resting place for a man and his wives is on the premises of their home. My grandfather Erasmus, the first black manager of a Bata shoe factory in Aba, is buried under what is now the visitors’ living room. My grandmother Helen, who helped establish a local church, is buried near the study. My umbilical cord is buried on the grounds, as are those of my four siblings. My eldest brother, Nnamdi, was born while my parents were studying in England, in the early nineteen-seventies; my father, Chukwuma, preserved the dried umbilical cord and, eighteen months later, brought it home to bury it by the front gate. Down the hill, near the river, in an area now overrun by bush, is the grave of my most celebrated ancestor: my great-grandfather Nwaubani Ogogo Oriaku. Nwaubani Ogogo was a slave trader who gained power and wealth by selling other Africans across the Atlantic. “He was a renowned trader,” my father told me proudly. “He dealt in palm produce and human beings.”