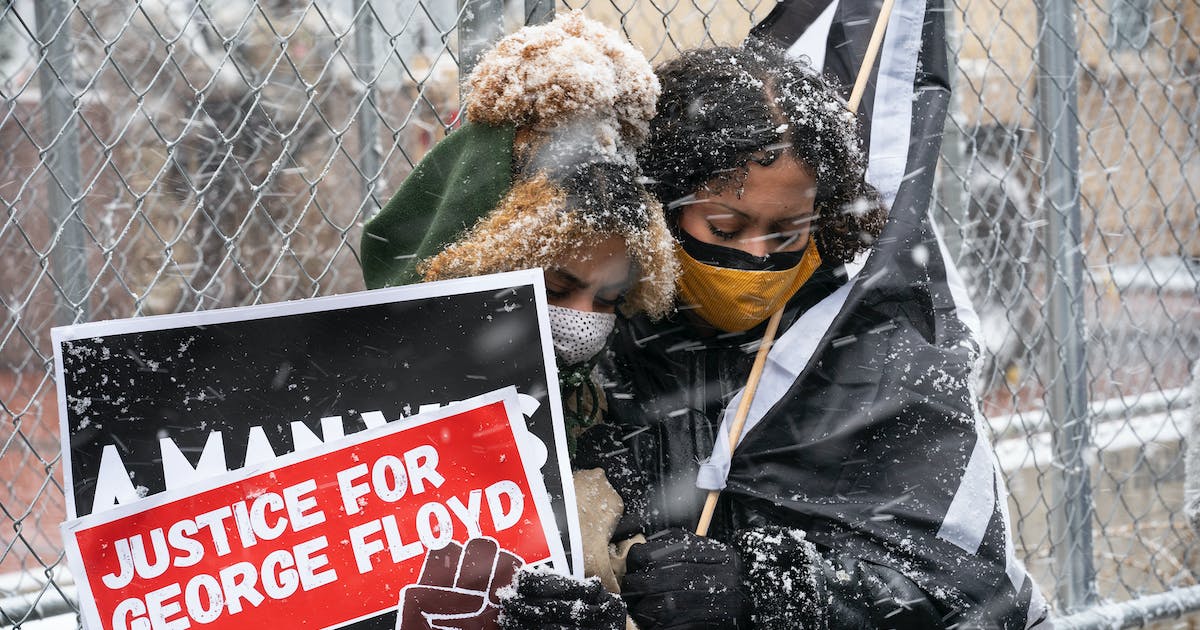 Chauvin's knee became a symbol of Black oppression worldwide: in Australia and Japan, in France and Germany, in Kazakhstan and Indonesia.

The case "has really become a global indictment of police forces," said Brenda Stevenson, a professor of history and African American studies at UCLA. "This is now representative of what happens everywhere — at least, that's what many people believe. …People are really watching to see if the U.S. can get it right this time."

Thabi Myeni, a 23-year-old law student in Johannesburg, South Africa, had been to plenty of protests before last spring — mostly over racial equity in tuition fees. When Myeni saw the video of Floyd's death, she thought it would be another example of racial injustice going unnoticed. "I had no idea it would spark a global movement," she said.

What changed for her was when South Africa's ruling party decried Floyd's killing as a "heinous murder." It struck Myeni as hypocrisy.

While Americans protested Floyd's death, South Africans were protesting the death of a man named Collins Khosa.  Khosa lived in Johannesburg's poor Alexandria township, and he was beaten to death by soldiers who said Khosa had been drinking alcohol in public, a violation of COVID-19 lockdown rules.

After Floyd's death, Myeni organized a march to Parliament. Racial justice protests were sweeping more than 60 countries around the world, but in South Africa, they felt especially resonant. It has been nearly three decades since apartheid ended, and yet institutionalized segregation still has a long tail in South Africa. It was, she thought, no different from America's legacy of slavery and Jim Crow.

"These things are transnational in nature, the global nature of Black oppression," she said. "I think of America as I think of South Africa, where the government — the people of power, the people of privilege — don't want to acknowledge racism still exists."