IN THE NEWS #BigIsms #Reparations #Slavery 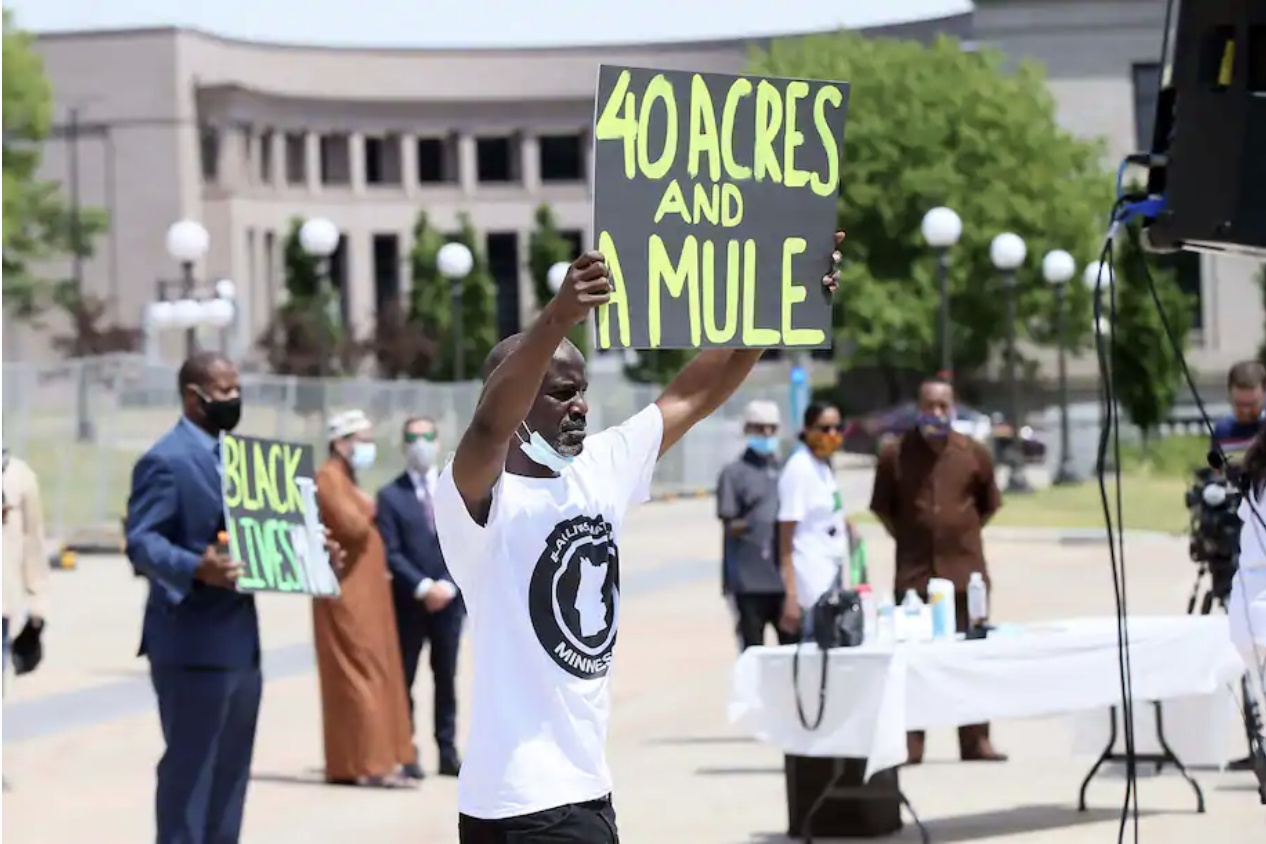 Weeks after Democrats took control of Congress and the White House, a Black lawmaker is making a renewed push for a national commission to examine the impact of slavery and reparations for descendants of millions of enslaved Africans.

Rep. Shelia Jackson Lee (D-Tex.) announced the reintroduction of H.R. 40 to create the reparations commission last month, and next week the House Judiciary Subcommittee on the Constitution, Civil Rights and Civil Liberties is set to hear testimony on the bill.

H.R. 40 has a long history in the House, championed for decades by the late Rep. John Conyers (D-Mich.) and now by Lee.

The reparations commission would study the history of slavery, the role federal and state governments played in supporting slavery, and racial discrimination against the descendants of enslaved Africans.


Stories of Slavery, From Those Who Survived It
Clint Smith, March 2021, The Atlantic 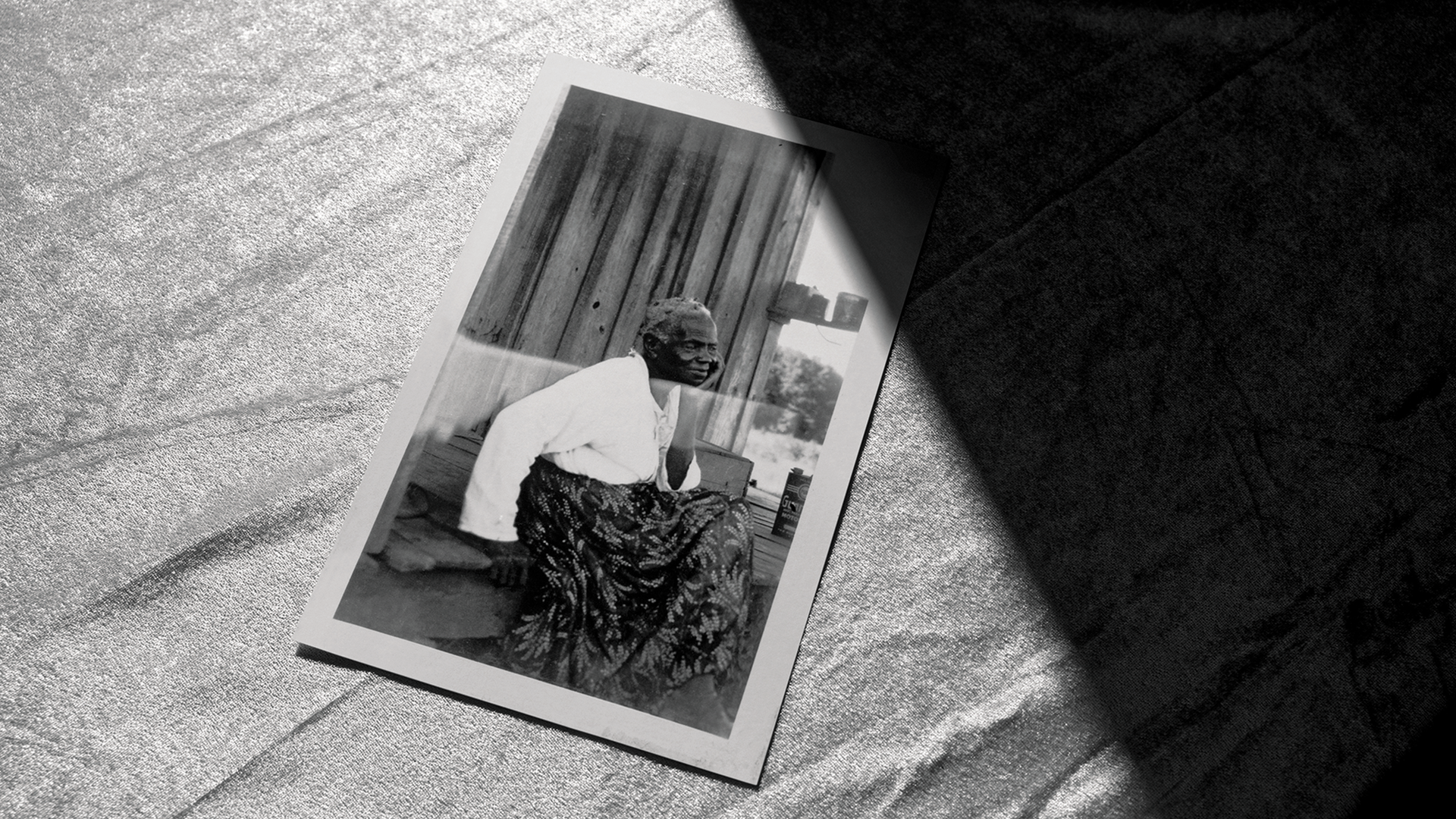 On a rainy Thursday afternoon in November, I stepped inside the National Museum of African American History and Culture, in Washington, D.C. On past visits, I’d always encountered crowds of tourists and school groups, a space bursting with movement and sound. But on this day, the museum was nearly empty. It seemed to echo with all the people who had been there but were no longer. For the few of us inside, social distancing was dictated by blue circles scattered on the floor.

I made my way down to the bottom level, which documents the history of slavery in America. Masks were mandatory, and something about the pieces of cloth covering everyone’s mouths seemed to amplify the silence and solemnity of what surrounded us. 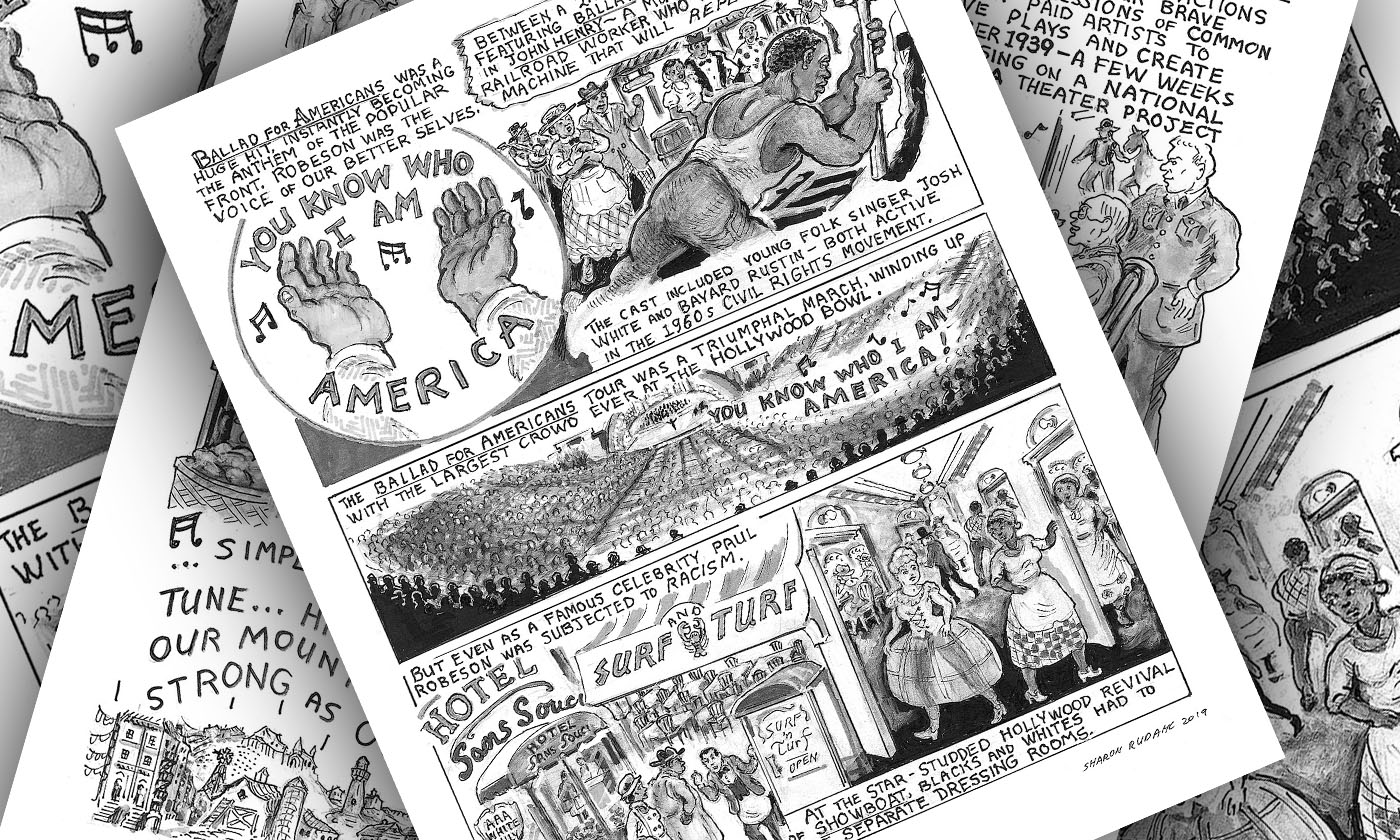 Paul Robeson was not only living proof of racial equality, but something still difficult for scholars today to grasp or even define. Within the leftist world of greater New York and cities beyond, he reigned as a supreme symbol of hope. A Robeson performance at Carnegie Hall, at a lesser concert venue, or at a union hall created memories shared 60 years later by the now-elderly whose parents had taken them to the show. A YouTube clip from the film Showboat, with Robeson singing “Old Man River” against a background of Black life in the South, offers a glimpse of the Robeson charisma, as do the audio recordings of his songs. His use of African American spirituals established them as a legitimate, important part of national folklore.

Finding the Sea Dragon’s Tomb
A historian tells how he located a hero of the abolition movement in Brazil.
Julia Craven, February 10, 2021, Slate 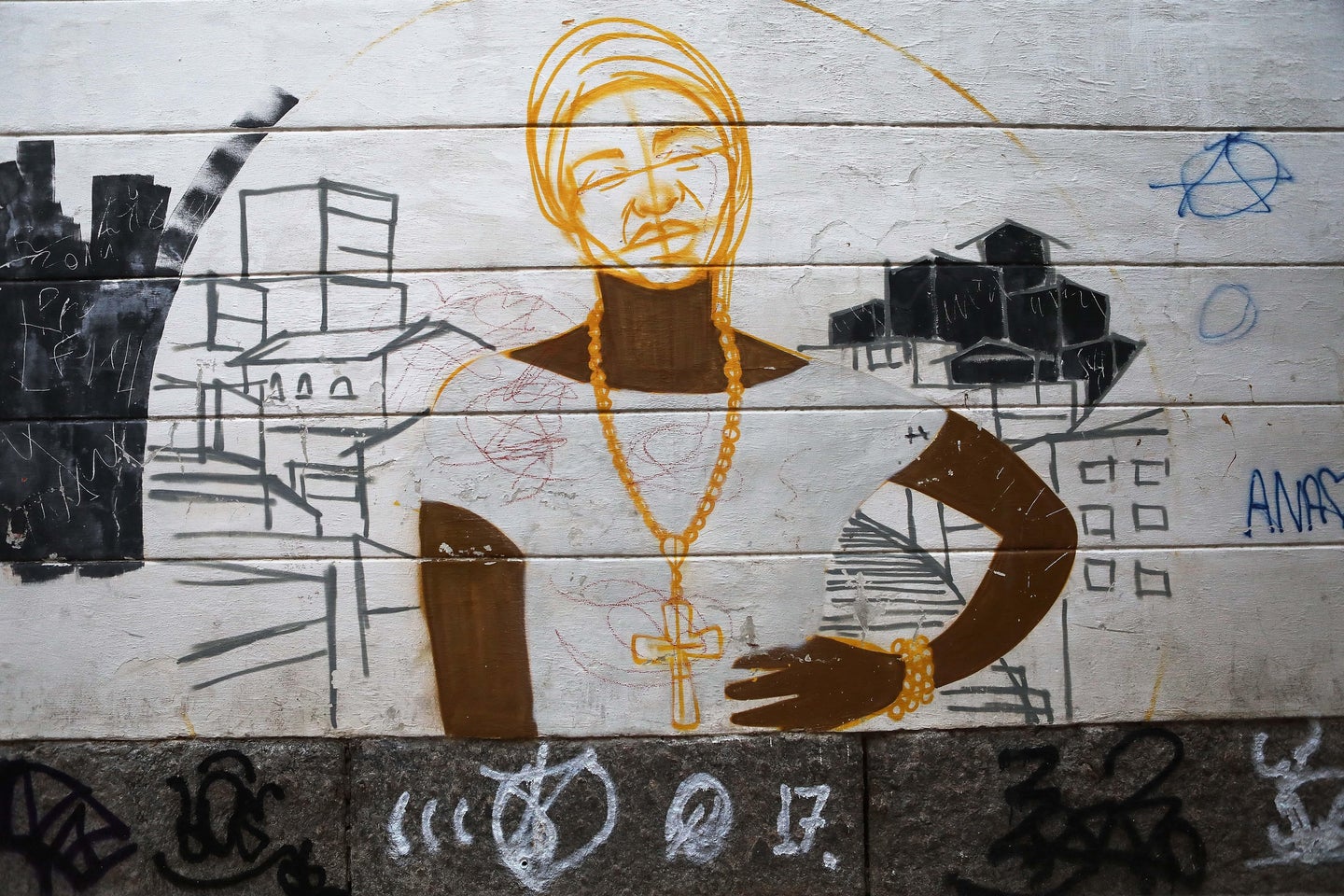 Francisco José do Nascimento was a man of the sea.

A 19th century fisherman of indigenous and African descent, Nascimento was appalled by the slave trade in his home state of Ceará, Brazil. In his job as a jangadeiro, work that is intricately associated with poverty, Nascimento was required to carry enslaved Africans and other goods onto the ships that would eventually sell them elsewhere in the country. The disgust inspired him to organize a strike in the port of Fortaleza, one of the largest cities in Brazil, amongst his fellow fishermen and port workers in August 1881. The strike effectively ended the slave trade in Brazil, and symbolized a shift in the abolitionist movement where more common folk were beginning to push back against the institution.

Why a shootout between Black Panthers and law enforcement 50 years ago matters today
Paul Ringel, February 8, 2021, The Conversation 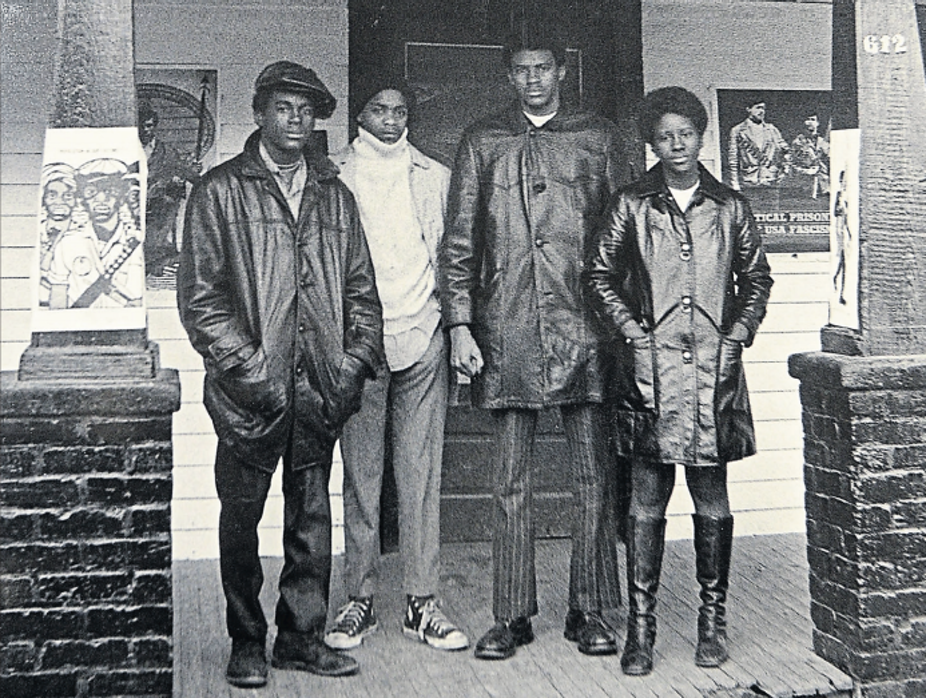 In the early hours of Feb. 10, 1971, police surrounded a property in High Point, North Carolina, where members of the Black Panther Party lived and worked. In the ensuing shootout, a Panther and a police officer were both wounded.

The incident did not receive much national attention at the time – armed conflict of this type was relatively common during the late 1960s and early 1970s.

But 50 years on, as the U.S. reckons with a year that saw militarized police confront Black Lives Matter protesters and fail to prevent an attack on the U.S. Capitol, I believe the circumstances of this shootout are relevant today. 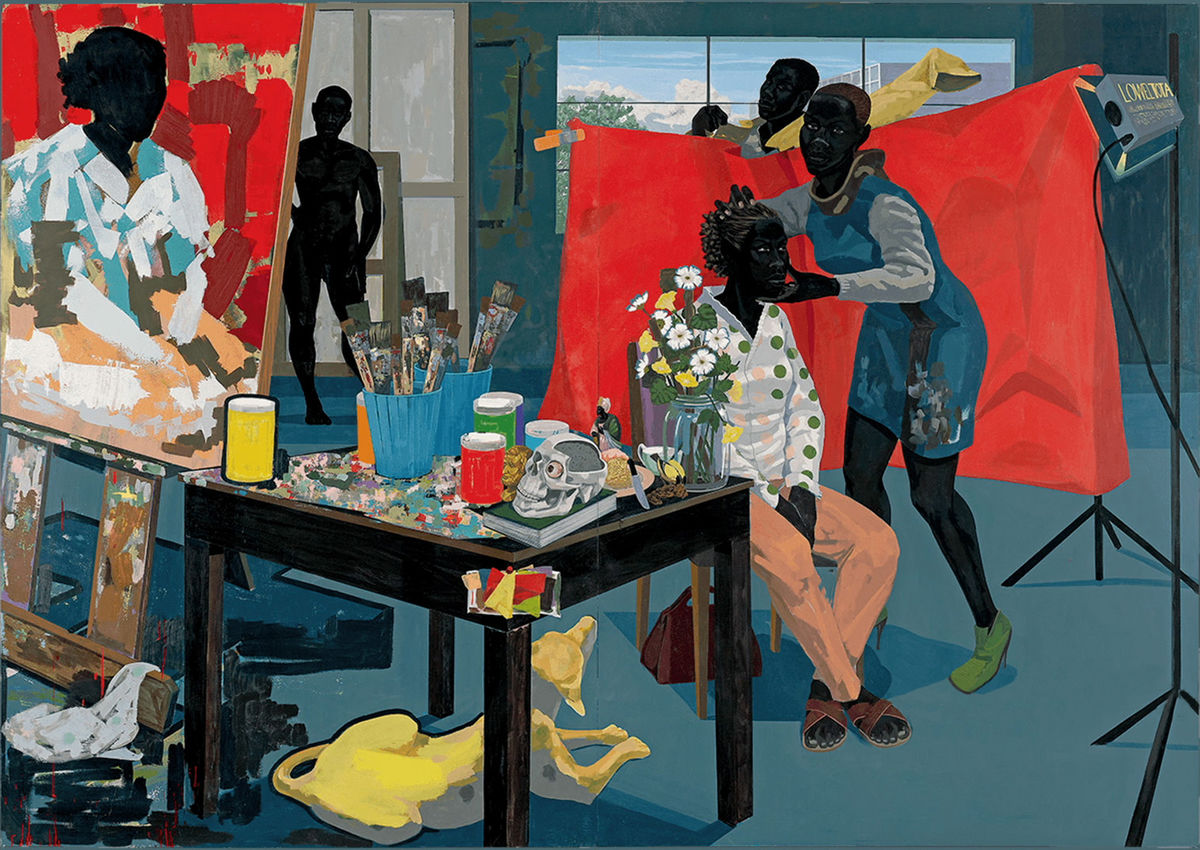 In the catalogue for his 1976 show “Two Centuries of Black American Art,” professor David Driskell wrote: “It is the aim of this exhibition to make available a more accurate compendium of a body of work that should never have been kept a separate entity.” First mounted at the Los Angeles County Museum of Art, the show offered a comprehensive examination of the history of Black art in the United States since 1750. It was the first major exhibition ever to do so, and would become a landmark moment in Black art history.

Driskell, an artist and professor at the University of Maryland, died last year at the age of 88 due to COVID-19. But before his death, Driskell was interviewed for the new film Black Art: In the Absence of Light, which debuts on HBO on February 9th. The documentary, directed by acclaimed filmmaker Sam Pollard, examines Black art by placing “Two Centuries” at the very center of its narrative, and showcasing the depth and diversity of America’s Black art traditions.

She was the first Black person freed by Abe Lincoln. Her Illinois grave was paved over, her story hardly known.
Phil Luciano, February 11, 2021, Peoria Journal Star

PEORIA — The name of Nance Legins-Costley could resonate amid the likes of Harriet Tubman, Frederick Douglass and other abolitionist figures.

Perhaps her story is more subtle than those of high-profile abolitionist leaders, yet her fortitude was astounding. Barely a teenager, she first stood up for her civil rights in a court that was stacked against Black people. Even amid legal defeats, she kept seeking the most basic of rights: freedom.