Frederick Douglass dreamed of a country where all people could vote and he did everything in his power to make that dream a reality. In the face of slavery, the Civil War and the violence of Jim Crow, he fought his entire life for what he believed was a sacred, natural right that should be available to all people - voting. 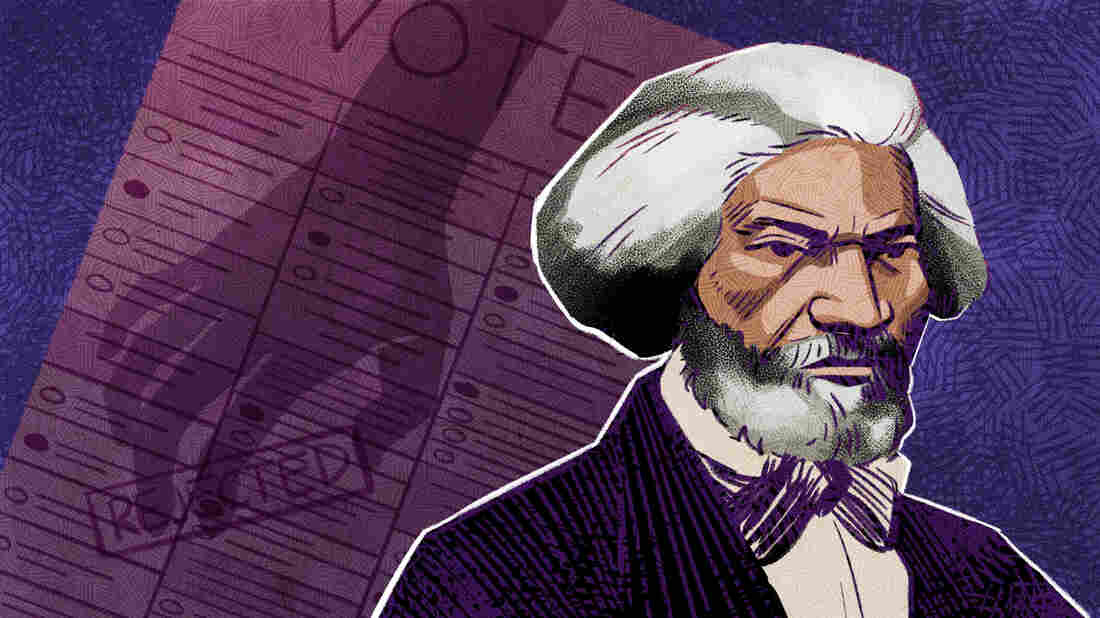 The 2020 presidential election is one of the most crucial in American history.

Political pundits have taken to discussing past presidential elections, especially those that have been politically controversial and close, searching for a historical precedent.

The so-called Revolution of 1800 put Jeffersonian Republicans in charge and drove the Federalist Party to extinction.

In the presidential election of 1824, supporters of Andrew Jackson, who won the popular vote, claimed that John Quincy Adams became President through what many of them called a "corrupt bargain" with Henry Clay, when Clay got his electors to support Adams.

For Black Americans, Being Voters Is Who We Are
Dorian T. Warren, October 28, 2020, The Nation


My paternal grandmother, Ida Mingo, left Mississippi and fled north as a young woman in the 1920s to escape the Jim Crow violence and oppression that kept black people from voting and made us second-class citizens.

As a political science professor at Columbia University, I drew on that family history. I wanted to help students learn that the struggle against the racist structures that prevented—and still prevent—Black people from voting is fundamental to the question of who we are as a people. Voting is not merely one right among many, an act reducible to pulling a lever. It is an identity that is a marker of full citizenship. This is why years later, my organization calls on people not merely to vote but to be voters.

For Black Americans, who have faced generations of authoritarian rule under Jim Crow regimes, the right to vote is central to how we see our place in this democracy and whether we are equal members in this society. To paraphrase the voting rights champion Lani Guinier, Black voters are the “miner’s canary” of our entire system of democracy.

How Democrats Can Learn Hardball From the Republicans of 1861
Joshua Zeitz, October 27, 2020, Politico


If you’re looking for a historical example of a revanchist political minority that kept its foot on the neck of a growing and restive majority, look no further than the defenders of slavery in antebellum America. In the interest of keeping Black people in a state of intergenerational servitude, pro-slavery politicians in the antebellum period trampled flagrantly and frequently on the civil liberties not only of Black Americans, but of white people who opposed slavery’s expansion. They shut down the right of abolitionists to use the U.S. Postal Service and the halls of Congress to proselytize against the Peculiar Institution. They deployed violence and voter fraud to rig elections. To maintain property in human beings, they perverted the institutions of American democracy.

It wasn’t until the Civil War, when many of those pro-slavery politicians rebelled to fight for the Confederacy, that the anti-slavery Republicans had their chance to reverse the damage. And they did it by playing hardball.


Last week, I started investigating how one fourth-grade Texas history textbook, Pearson’s 2016 edition of We Are Texas, presents the origin story of our state. Having taken fourth-grade Texas history myself, I suspected that our state-sanctioned literature was not presenting the complete story. More specifically, I wondered if kids were learning that the institution of slavery was but an unfortunate phenomenon that existed at the same time as Texas’s settlement, revolution, and nationhood, rather than a driving force in all of those events. The version of Texas history that I learned in school was extremely anglicized, and as a lover of both history and the Lone Star State, it was disappointing to learn the truth as an adult.

So I looked at a textbook, consulted historians, and discovered that yes, we’re still not teaching children the full story. Last week, we looked at what We Are Texas said about the period of Anglo exploration and settlement. This week, we move on to the next era of Texas history that has been heavily mythologized: the Revolution, and the role that slavery played in Texas’s decision to break free of Mexican control.

History being written by the victors is something we have long assumed, and so is the need to rewrite it in times when the demand for civil rights has become strong again with movements like Black Lives Matter in the United States, as well as the new de-colonial narratives that seek to recover the history of the Latinx ancestors within the framework of harsh colonial repression.

In Spain, however, historians are having trouble publishing essays that address the country's role in the slave trade. Places as emblematic as the Encantes in Barcelona were once markets of people and it was common to find adverstisements in the newspapers of the 16th, 18th and early 19th centuries where Black women were sold along with leeches, hair-growth remedies and other classifieds.

But a documentary released last Oct. 21 is about to shake the foundations of the "Spain brand" by director and producer Álvaro Begines.

Her father gave her the book — Runaway Slave: The Story of Harriet Tubman — when she was a child, to educate her about her African American heritage. She had a sudden desire to read it in May after George Floyd was killed in police custody during an arrest in Minneapolis.

The children’s book, published in 1965, chronicles Harriet Tubman’s heroic missions leading dozens of enslaved people to freedom between 1850 and 1860 through a network of secret passages and safe houses known as the Underground Railroad.