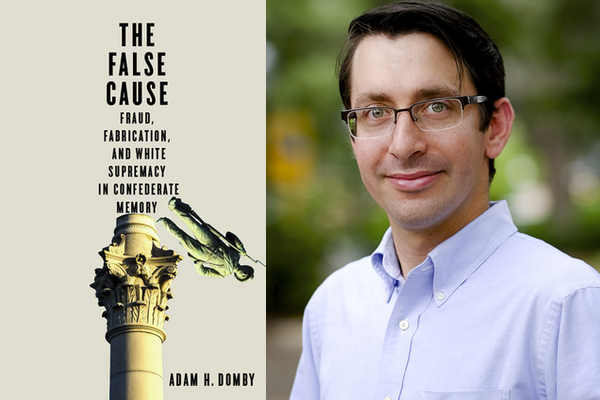 Members of the Minneapolis Police Department killed George Floyd, a 46-year-old African American man, on May 25, 2020. The shockingly brutal 8 minute and 46 second televised asphyxiation of Mr. Floyd sparked nationwide outrage and protests against police brutality and the many forms of systemic racism.

Mr. Floyd’s death also led to renewed efforts to remove Confederate monuments that celebrate slavery, treason, white supremacy, and racism. In several cities, public officials or protesters removed these memorials. The Southern Poverty Law Center reported in 2018 that more than 1,700 monuments to the Confederacy stood in public places. Many remain.

As the president shares racist talking points and vows to protect all memorials, including the Confederate tributes, many Americans are learning more about their history, particularly about the cruelty of slavery, the treason of the South to defend this brutal enterprise, the postwar defeat of Reconstruction, and the Jim Crow era of rigid segregation and disenfranchisement of Black citizens.


Trump says Department of Education will investigate use of 1619 Project in schools
Kevin Liptak, September 6, 2020, CNN 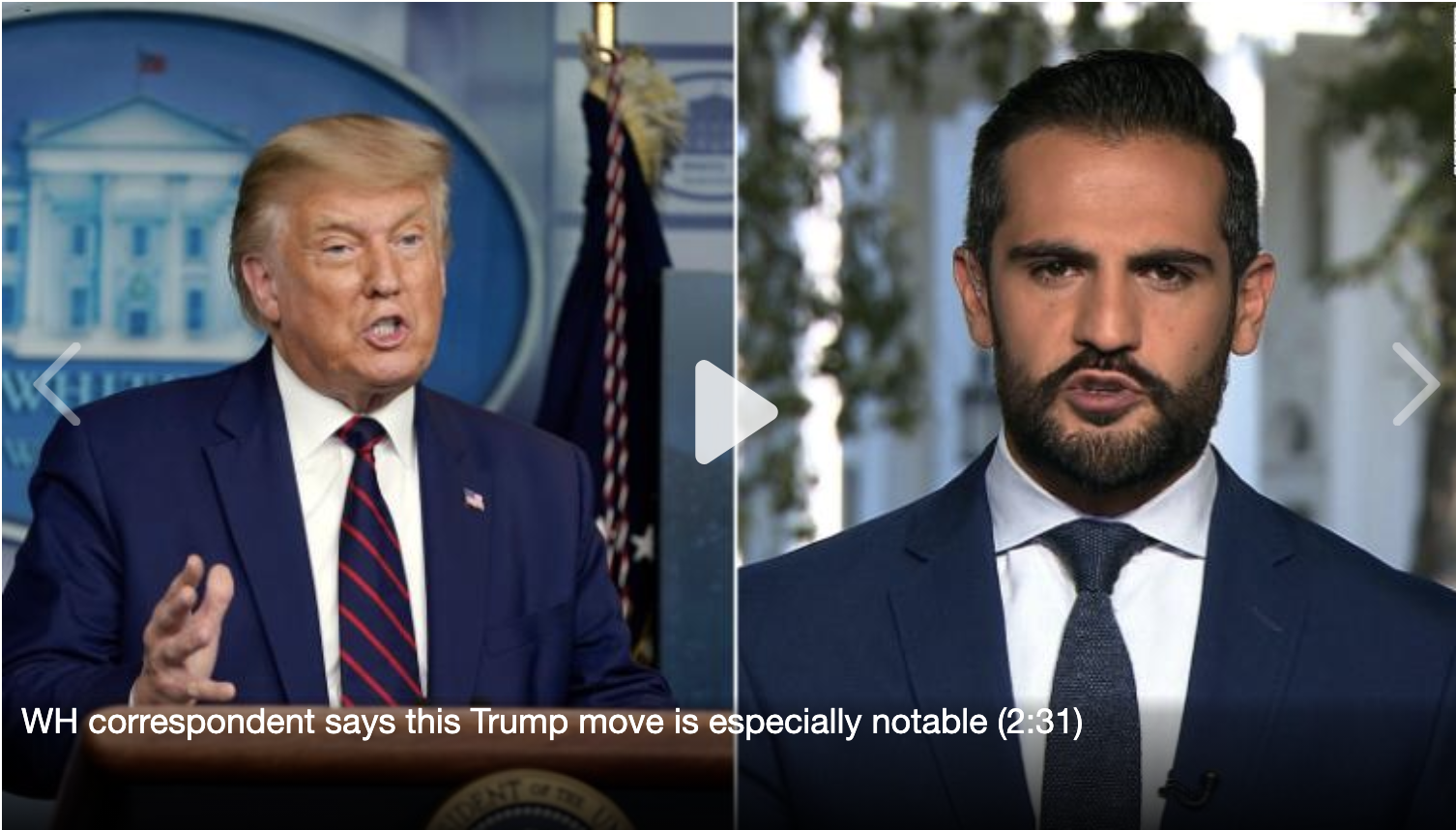 President Donald Trump is continuing to wage battle against interpretations of history which he claims are un-American.

In a Sunday morning tweet, the President said the US Department of Education would investigate whether California schools are using the New York Times' "1619 Project" in public school curriculum. The Pulitzer-Prize winning collection reframes American history around the date of August 1619, when the first slave ship arrived on America's shores.

"Department of Education is looking at this. If so, they will not be funded!" he wrote on Twitter, citing a message from an unverified account saying it was being taught in schools there.

At least 180 individuals were enslaved by William & Mary from the college’s founding in 1693 until the Civil War. Some were owned by the institution for most or all of their lives. On Tuesday, the school approved a final design for a memorial to them and announced that it had secured all of the funding for the project.

The memorial, titled “Hearth,” resembles a large, brick fireplace and will include the names of those men, women and children known to have been enslaved by the university in Williamsburg, Va. The design, created by the architectural firm Baskervill, is based on a concept submitted by William Sendor, who graduated from the school in 2011. 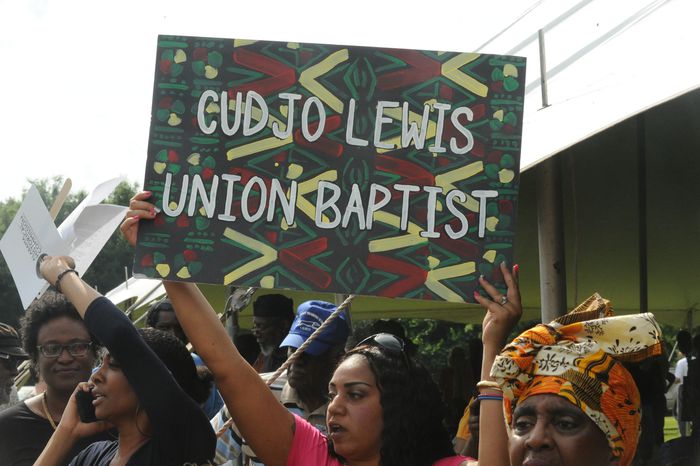 Slowed to a crawl by the COVID-19 epidemic, efforts to preserve and promote the story of the slave ship Clotilda and the Africatown community appear to be picking up steam.

The first days of September brought several glimpses of where things stand, and the most revealing of these was an online community meeting hosted by the Slave Wrecks Project, a global effort hosted by the Smithsonian’s National Museum of African American History and Culture (NMAAHC).

Paul Gardullo, an NMAAHC curator and co-director of the Slave Wrecks Project, said that a $500,000 grant directed to the Smithsonian by Alabama Sen. Doug Jones was meant to benefit the Africatown community. “We were entrusted to enact this work and to make sure that Africatown residents and Clotilda descendants, that your needs and voices remain at the center of recovering, protecting and telling your story and your history.” He and other speakers emphasized that researchers continue to seek guidance from area residents about what their priorities should be. “It’s not about a ship, it’s about the people,” he said. “Community engagement is not an afterthought.” 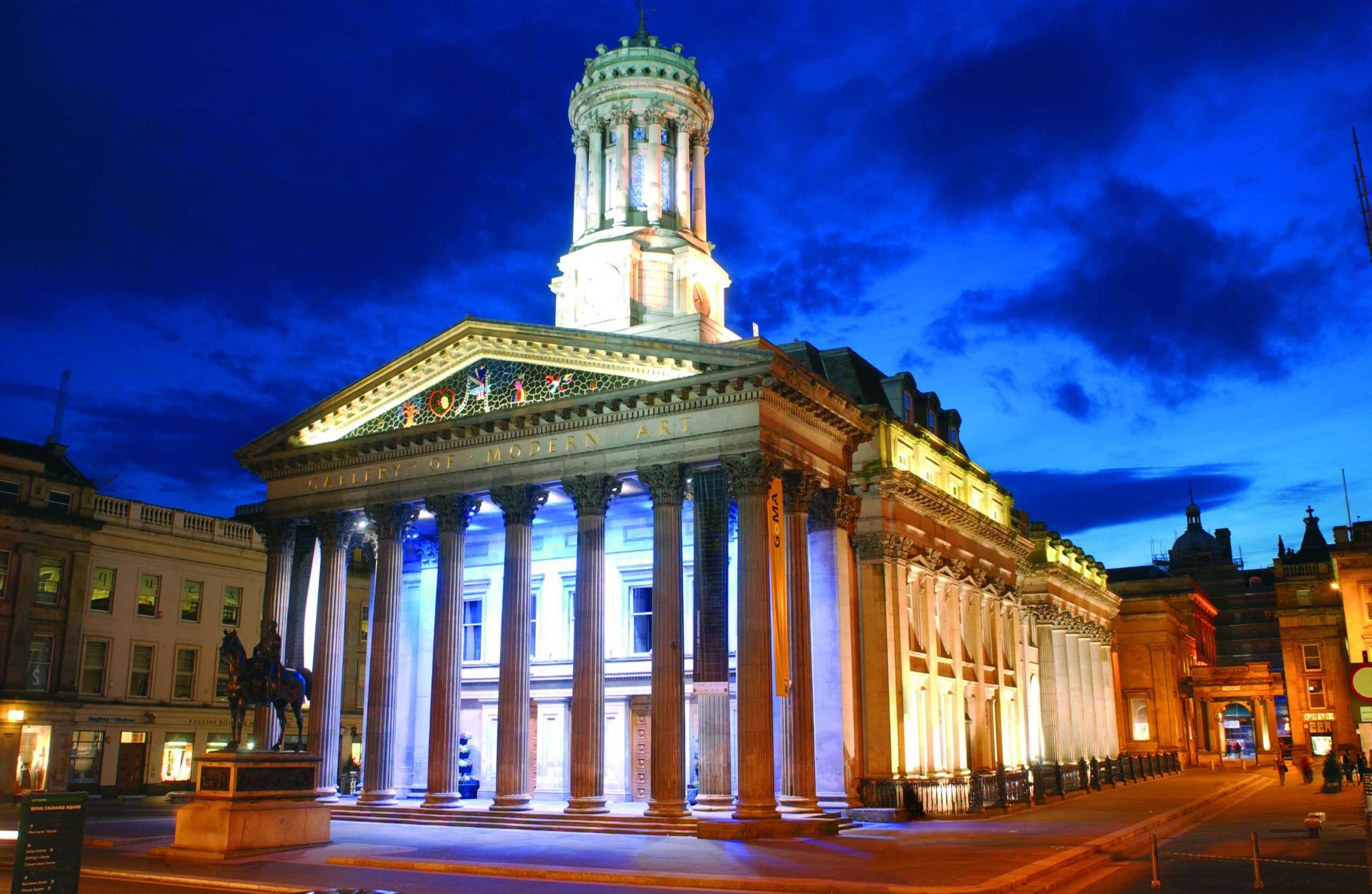 Scotland’s Programme for Government, published earlier this week, has announced that the government will sponsor an independent expert group to recommend how the country's existing and future museum collections can better recognise and represent a more accurate portrayal of Scotland's colonial and slavery history.

Museums Galleries Scotland (MGS), the national development body for museums and galleries in Scotland, will coordinate a national consultation, in collaboration with Glasgow Life, to establish public and expert perspectives.

A related research group will identify the work already in progress in this area in museums across Scotland. The group will be independently chaired, representative of relevant interests, and diverse in its membership.

The history of slavery and the social, economic, and cultural impact of colonialism are entrenched in Scotland’s museums, collections and heritage sites and the sector is increasingly vocal in its commitment to show their full history. 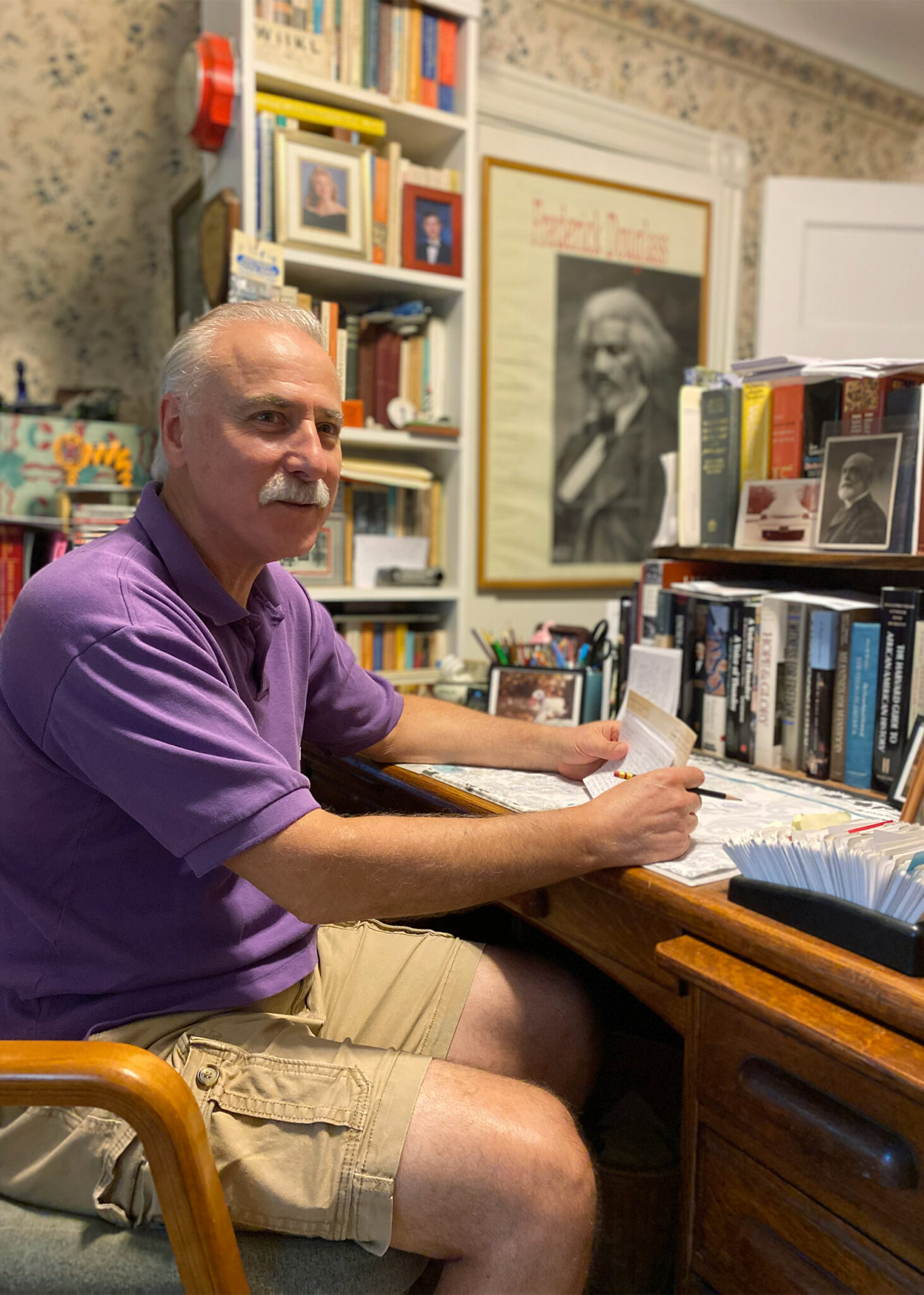 Historian Donald Yacovone, an associate at the Hutchins Center for African & African American Research, was researching a book on the legacy of the antislavery movement when he came across some old history school textbooks that stopped him cold — and led him to write a different book.

Yacovone, who co-authored “The African Americans: Many Rivers to Cross” with Henry Louis Gates Jr. in 2013, is now writing the “Teaching White Supremacy: The Textbook Battle Over Race in American History.”

The Gazette interviewed Yacovone about the origins of his research, his findings, and why he thinks it’s necessary to teach the difficult story of slavery and white supremacy and their legacies. 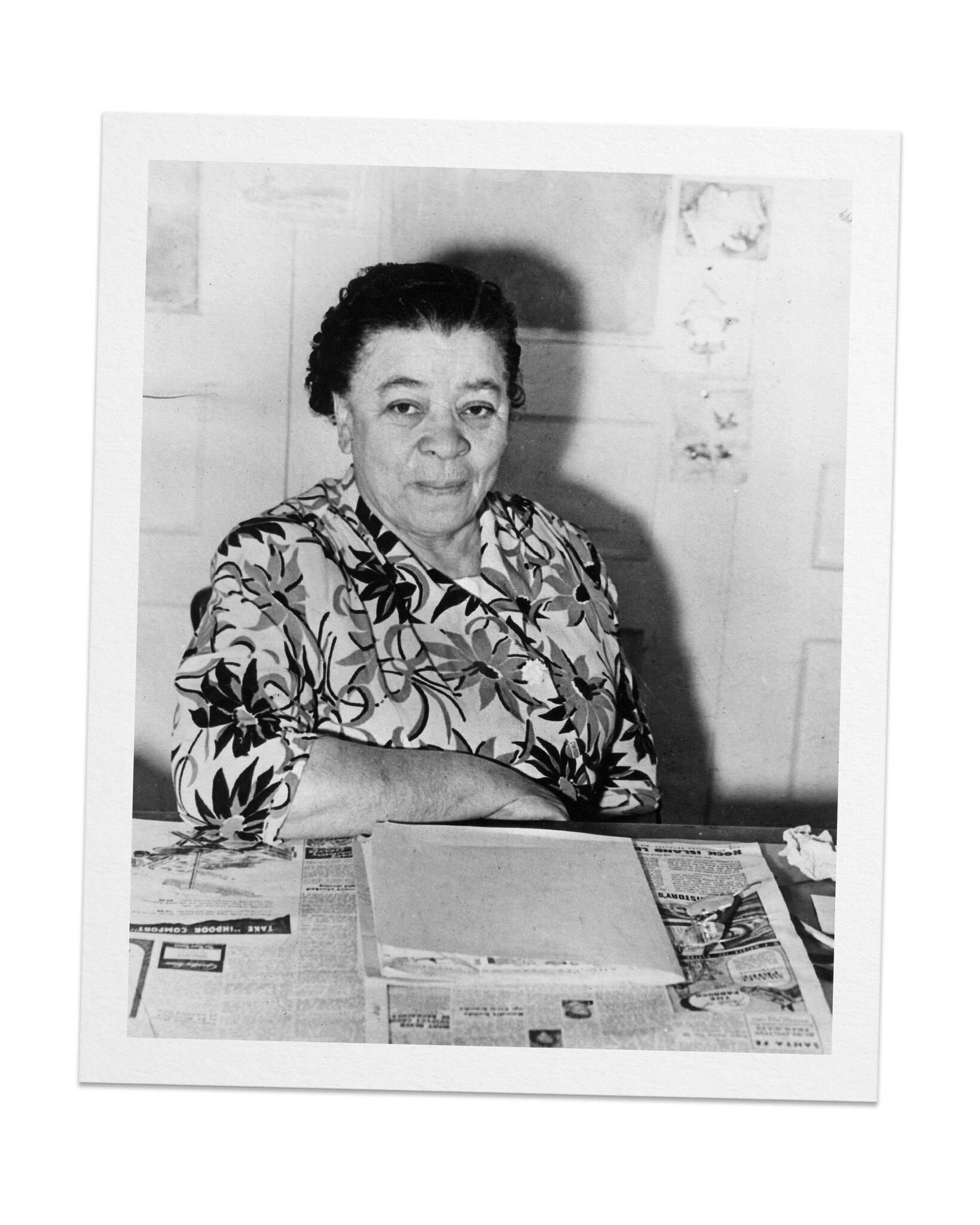 When Kamala Harris accepted the Democratic nomination for vice president last month, Mikki Wosencroft cried. “It gave me goose bumps to see how far we’ve come,” she said. She was thinking of her great-great-great-aunt, Charlotta Bass.

More than 50 years earlier, in 1952, Bass was the first Black woman to run for vice president, on the Progressive Party ticket.

Taking the stage to accept her nomination before some 2,000 delegates in an auditorium on Chicago’s West Side, Bass — who would receive endorsements from civil rights luminaries like Paul Robeson and W.E.B. DuBois — declared: “This is a historic moment in American political life.
“Historic for myself, for my people, for all women. For the first time in the history of this nation a political party has chosen a Negro woman for the second-highest office in the land.” 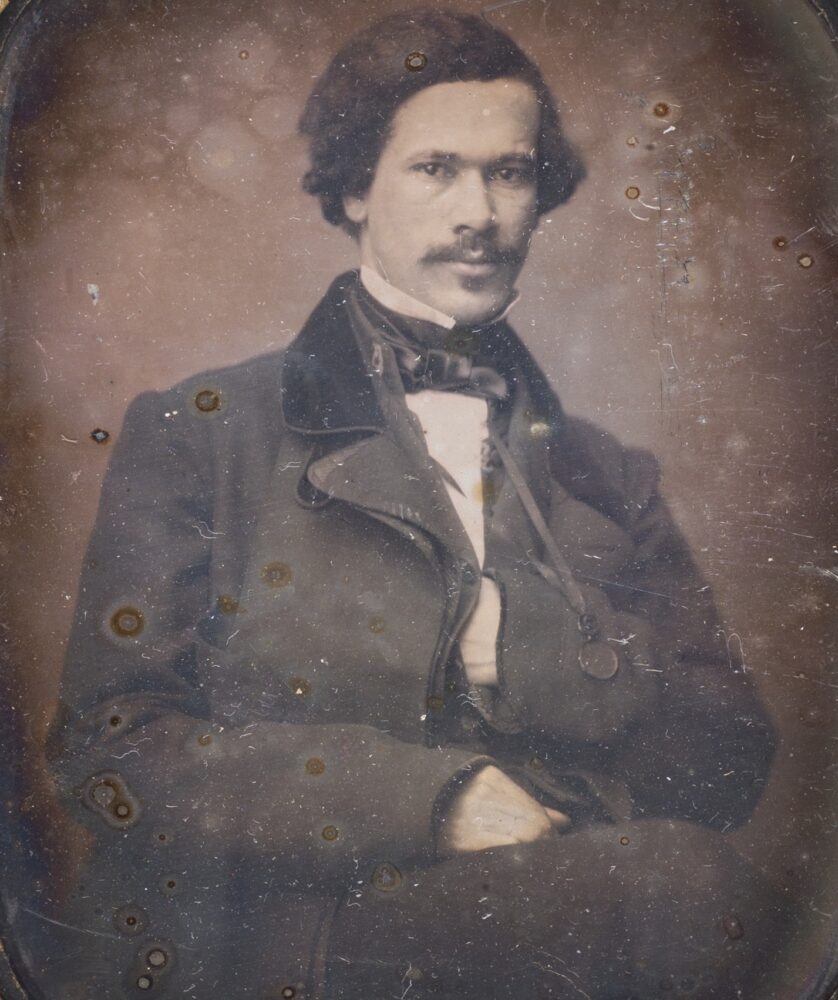 Many Louisianans are aware of the sit-ins, freedom rides, and marches that made headlines in the 1950s and 1960s. But few know the long arc of the civil rights movement began in New Orleans more than 150 years ago. Surrounded by the howling madness of the Civil War, two newspapers ignited a crusade for racial justice in the Crescent City that reached far beyond the state’s borders. This inspirational saga is chronicled in the pages of L’Union, the South’s first Black newspaper, and its successor, the New Orleans Tribune, America’s first Black daily. Eloquent and powerful voices are preserved in these journals, revealing accounts of profound resistance and achievement. It’s an extraordinary story, deeply woven into the fabric of Louisiana history.

Pandemonium gripped New Orleans when Union forces captured the city in the spring of 1862. With cracks in the Confederacy splayed wide open, Dr. Louis Charles Roudanez, Jean Baptiste Roudanez, Paul Trévigne, and other free Black leaders launched L’Union, a French-language tri-weekly journal, on September 27, 1862. The newspaper brandished words like a rapier. “Men of my blood! shake off the contempt with which your oppressors, in their ignorant pride, have ceaselessly covered you,” exclaimed Nelson Fouché in the December 6, 1862, issue. “March, live, it is your right . . . it is your duty.” Just a few months before, such words were inconceivable—indeed illegal—in the heart of America’s largest slave trading city. Now, among those of African descent, a cautious optimism arose. “We opened our hearts to hope,” said Arnold Bertonneau in the April 28, 1864, issue of L’Union. A free man of color and captain in the Louisiana Native Guard unit that had quickly joined the Union Army, Bertonneau observed, “It seemed to us that we were given a new life, and we began to make some beautiful dreams.” 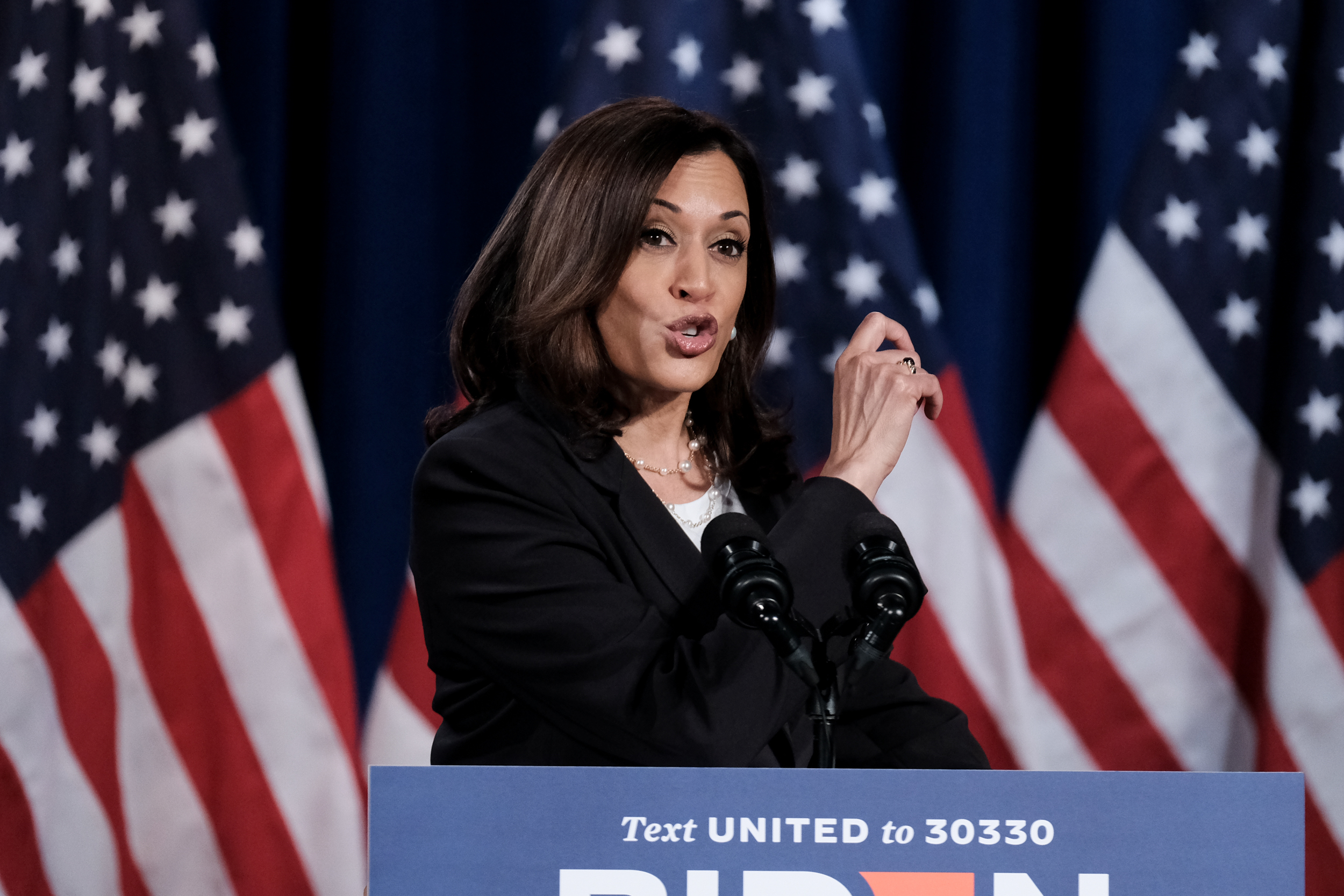 News that Sen. Kamala Harris was Joe Biden’s choice for the 2020 Democratic vice presidential nominee drove speculation and argumentation about her identity. The big question appeared to be, “Is Kamala Harris truly African American?”

There were numerous articles and opinion pieces about whether Harris can legitimately claim to be African American; the authenticity of her Black identity if she has an Indian mother; what it means for her to be biracial; and other articles opining and speculating about her racial, ethnic and even national identity.

Harris, the daughter of immigrant parents from Jamaica and India, identifies as Black/African American while also embracing her Indian heritage. Yet the questions in social media and news outlets swirling around her identities demonstrate a continued misunderstanding of race and mixed-race people.