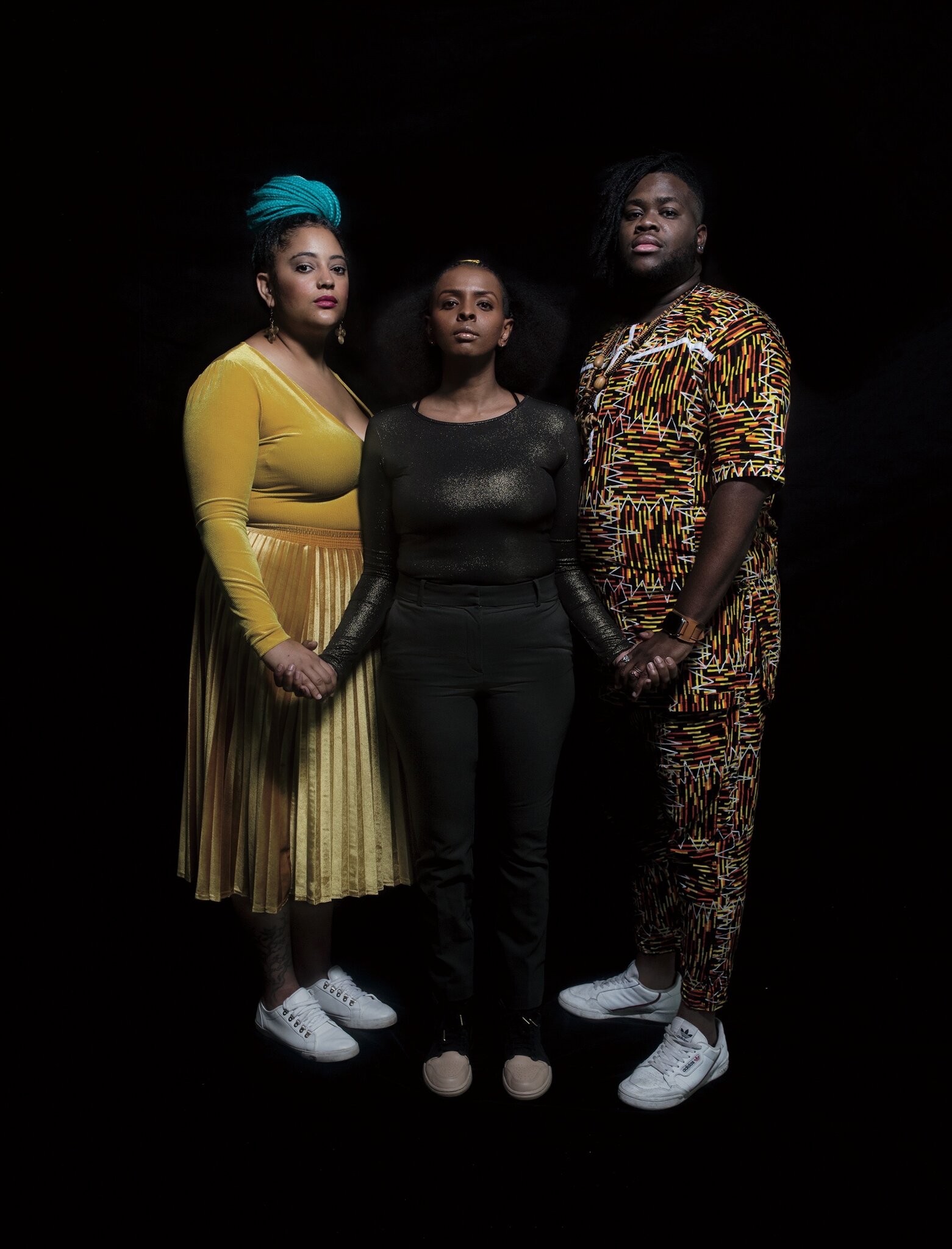 On a windswept early June day in Minneapolis, roughly a thousand people gathered under sprawling trees in Powderhorn Park for a rally called the Path Forward. The park’s concrete stage was decorated with silver streamers that sparkled in the breeze and bold white block letters that spelled out “Defund Police.” After a prayer by Thorne and Wakinyan LaPointe, brothers from the American Indian community, Kandace Montgomery, a director of a local organizing group called Black Visions, took the stage. She reminded the crowd to maintain social distancing and wished Prince — whose former home, Paisley Park, was just a 30-minute drive away — and his “queer, nonbinary, everything and all the things self” a posthumous happy birthday.

The atmosphere was still raw. Just 13 days had passed since George Floyd had died, igniting one of the largest collective demonstrations of civil unrest over the violence perpetrated against Black people in this country. Calls led by young Black activists to defund and abolish the police rippled outward from Minneapolis and around the world. 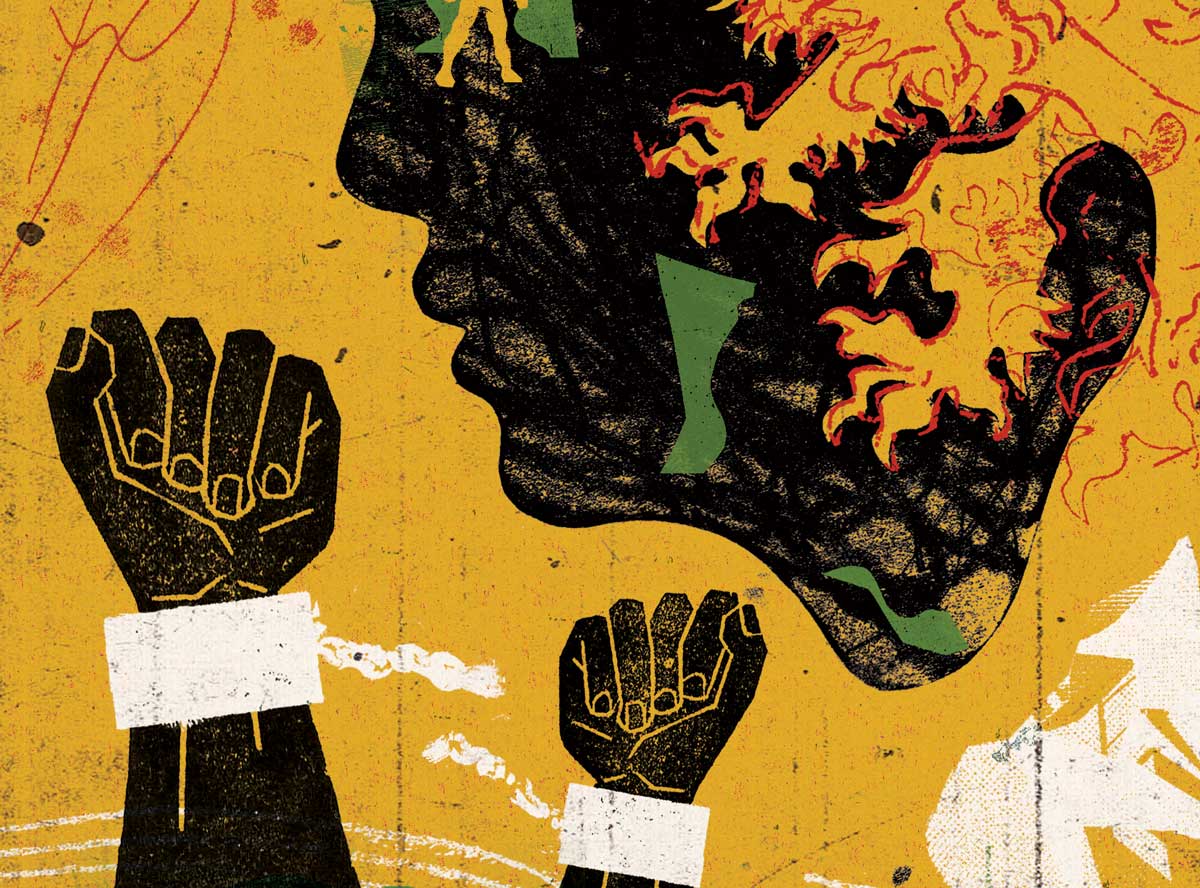 According to the historian Hilary Beckles, British colonial state forces killed more Black people when suppressing revolts in the Caribbean in the 50 years after slave emancipation in 1838 than in the 50 years leading up to it. Emancipation brought compensation for former slaveowners but not for the enslaved. The extreme inequality between a wealthy, politically powerful white minority and a Black and mixed-race majority with little or no property continued after emancipation. In Jamaica, British Guiana, St Vincent and Barbados, many people freed from slavery (freedpeople) burned plantations and seized land and resources in protest against these conditions in which Black lives barely mattered. The most infamous of these protests and their aftermath were the events in Morant Bay, Jamaica, in 1865. The suppression of a rebellion, killing of rebels and protestors and the subsequent failure to punish the colonial agents responsible changed politics, racial ideologies and Empire in Jamaica and Britain. 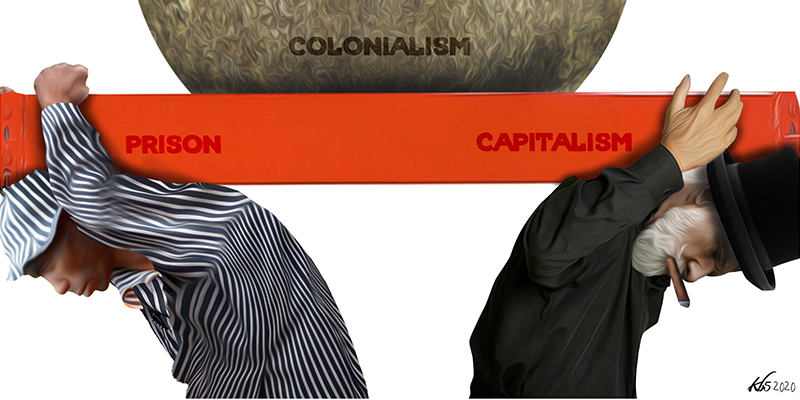 The death of George Floyd in the United States has sparked a number of important conversations, particularly around racial justice and policing. As protests against brutal criminal justice systems and demands to address colonial legacies have spread around world, the penal system – the one particular institution that brings the two strands together – has not received as much attention.

The prisons that litter the African landscape are both a legacy of colonial subjugation and a site for egregious human rights abuses. Yet there have been few calls on the continent for their abolition or defunding. In fact, even throughout the period of anti-colonial agitation and struggle, there seem to have been few such demands. This is curious given the fact that incarceration as punishment was completely unknown in Africa before the arrival of the Europeans.

It is not Hans Sloane who has been erased from history, but his slaves
David Olusoga, 30 August 2020, The Guardian 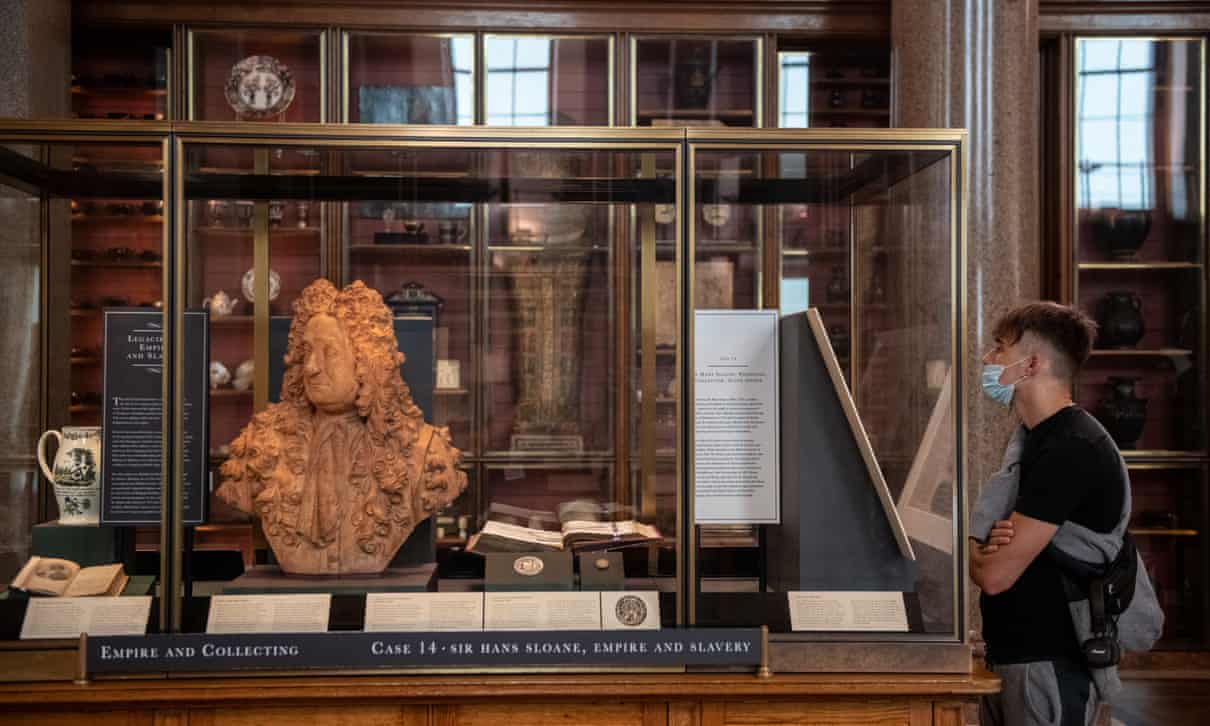 How do you erase a figure from the past and rewrite British history? According to some, it is done by taking a bust or statue of the figure in question and carefully placing it inside a climate-controlled glass cabinet that is then put on public display, alongside “artefacts explaining his work” in a free-to-access national museum, in the heart of our capital city. Oddly, this is not the form of “erasure” favoured by al-Qaida and the Taliban, who tend to opt for alternative methods involving sledgehammers and explosives. Perhaps they have been going about things the wrong way.
The supposed victim of historical erasure last week was Hans Sloane, the wealthy physician and naturalist whose collection of artefacts formed the nucleus of what became the British Museum. Accusations that the museum was rewriting history arose when it was reported that a bust of Sloane had been taken off its pedestal and moved, literally just a few metres, so it could be put on display inside a case with other objects. This new display made it possible for the museum to explain the links between Sloane, his collection and slavery. 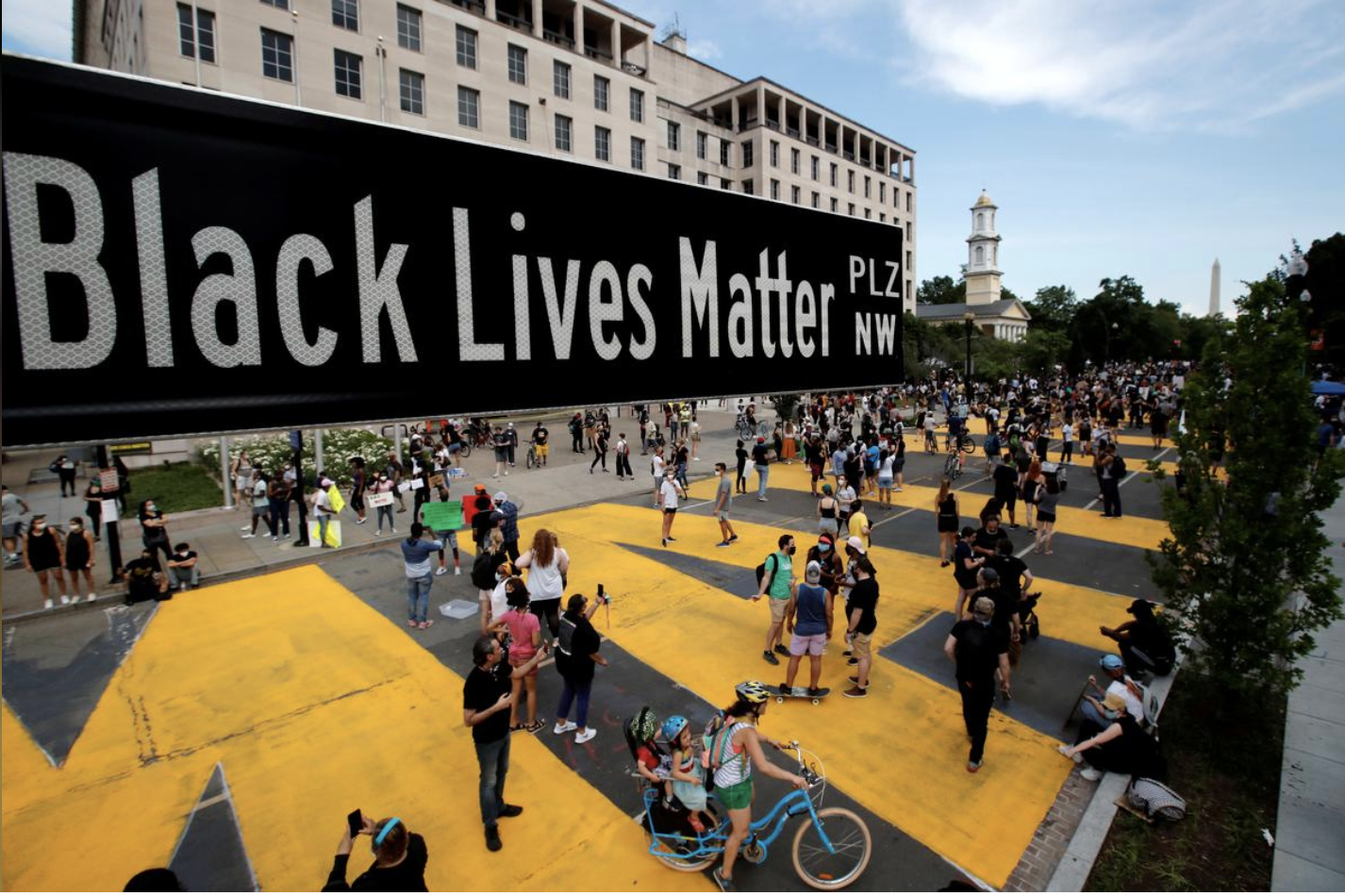 John Marshall keeps a picture of Breonna Taylor in his office at the headquarters of Kentucky’s largest school district, a visual reminder, he says, of the need for curriculum changes that better honor and focus on Black stories.

Taylor was shot dead by police officers in March. Her death and that of George Floyd, killed by Minneapolis police in May, and others have set off a national reckoning over race and race relations.

Rethinking Who and What Get Memorialized
Hanya Yanagihara, August 24, 2020, The New York Times Magazine 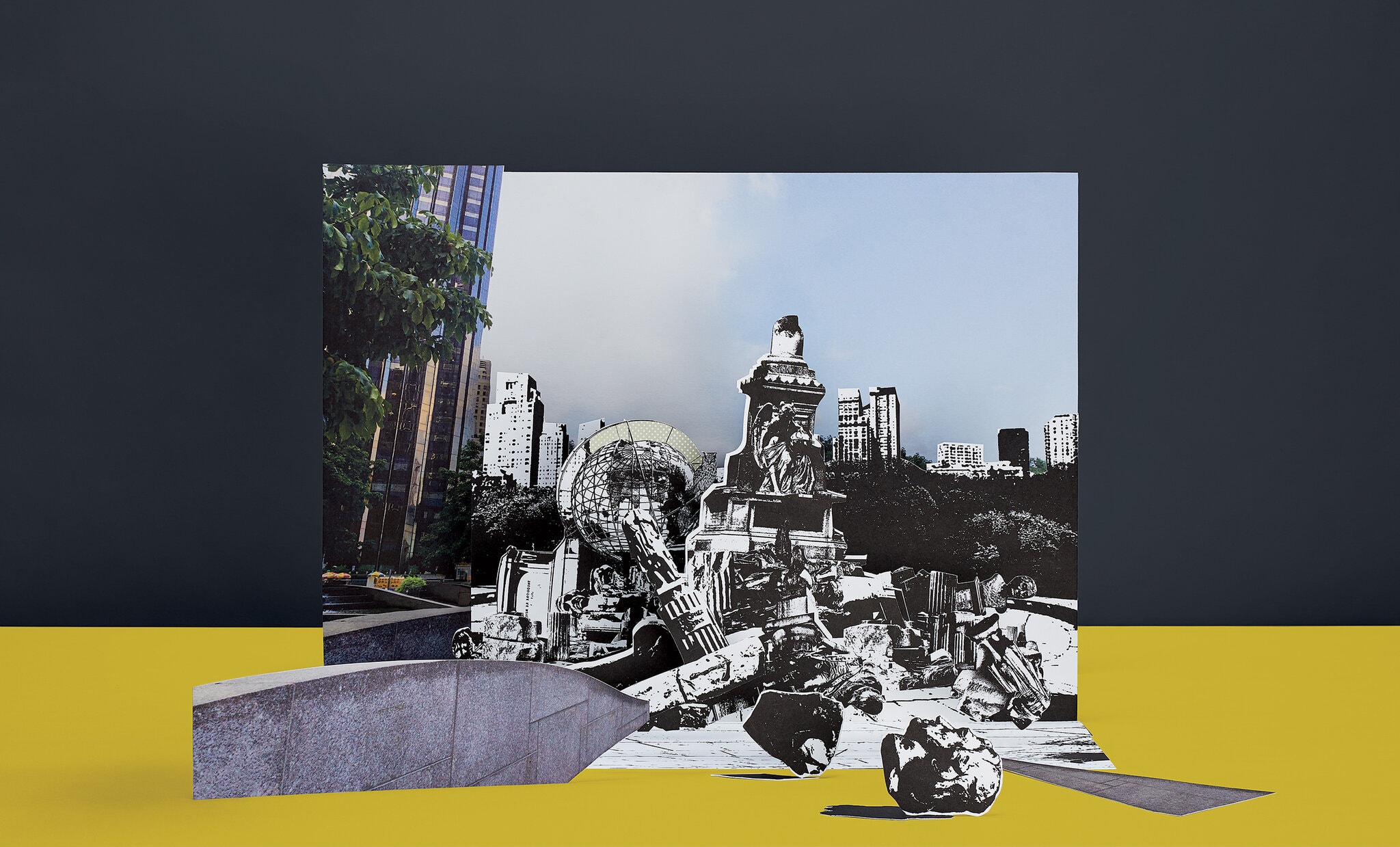 This is a magazine devoted to documenting visual culture, whether those visuals come from the worlds of fashion, theater, film, architecture or art. Some of the most striking visuals from the past half-year in America — and there have been many — have concerned the removal or defacement of monuments dedicated to figures from the Confederacy, whose placement in public spaces mostly in the South are, for many of us, an insult, if not an assault. I am not Black, but I keenly remember the discomfort and inexplicable shame I often felt while attending my freshman-year public high school, Robert E. Lee, in Tyler, Texas. Lee was a Confederate general, a slave owner and a commander in the Confederate Army during the American Civil War. (The middle school I attended in Tyler, Hubbard, was also named for a former Confederate officer, who later became the state’s governor.) A large portrait of Lee hung in the school gym, and whenever I saw it, I felt as if my right to this country, to Americanness, was being challenged. Why, more than a century later, was someone who had fought for something this country now purported to be against still being honored? 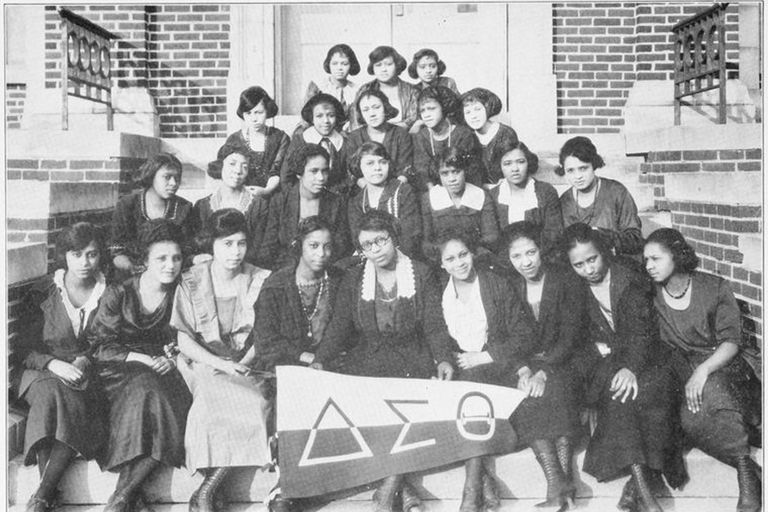 On March 3, 1913, the day before President Woodrow Wilson’s inauguration, nine White women dressed in brilliant white rode down Washington, D.C.’s Pennsylvania Avenue in an official state car, representing the only states that had given women of their race the right to vote. More than three dozen White women dressed in black flanked the vehicle on foot to demonstrate how much of the nation was home to vote-less women. “No Country Can Exist Half Slave and Half Free,” the banner above them read.

The irony in 1913 was overwhelming.

The white women who organized the Woman Suffrage Procession, which attracted thousands to protest for the right to vote, advocated for a supremacist symbol of their priorities; Black women could march—but they had to bring up the rear.

How the shadow of slavery still hangs over global finance
Philip Roscoe, August 21, 2020, The Conversation 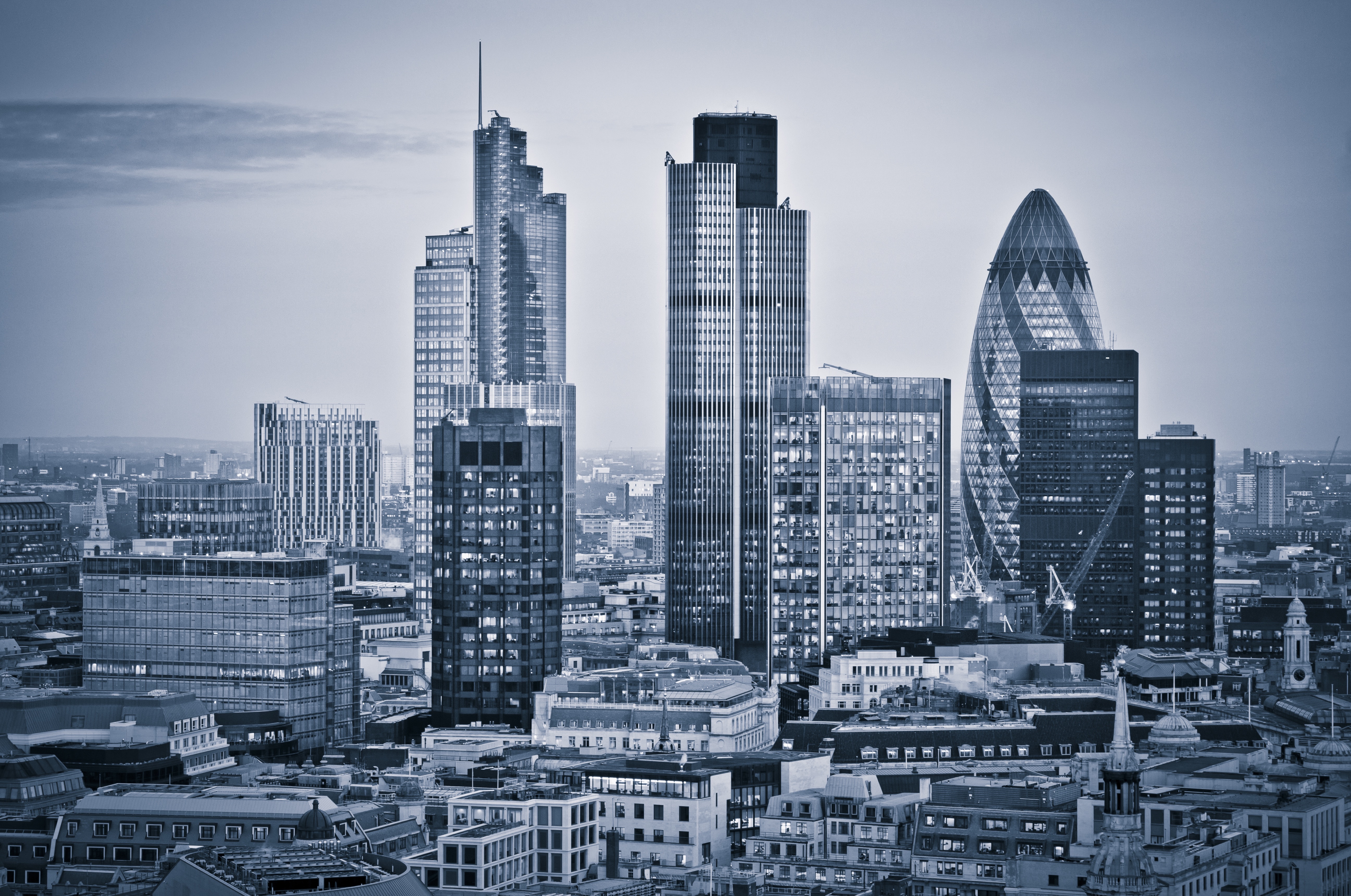 When the infamous Zong trial began in 1783, it laid bare the toxic relationship between finance and slavery. It was an unusual and distressing insurance claim – concerning a massacre of 133 captives, thrown overboard the Zong slave ship.

The slave trade pioneered a new kind of finance, secured on the bodies of the powerless. Today, the arcane products of high finance, targeting the poor and troubled as profit opportunities for the already-rich, still bear that deep unfairness.