In The News #BigIsms #SlaveryTourism 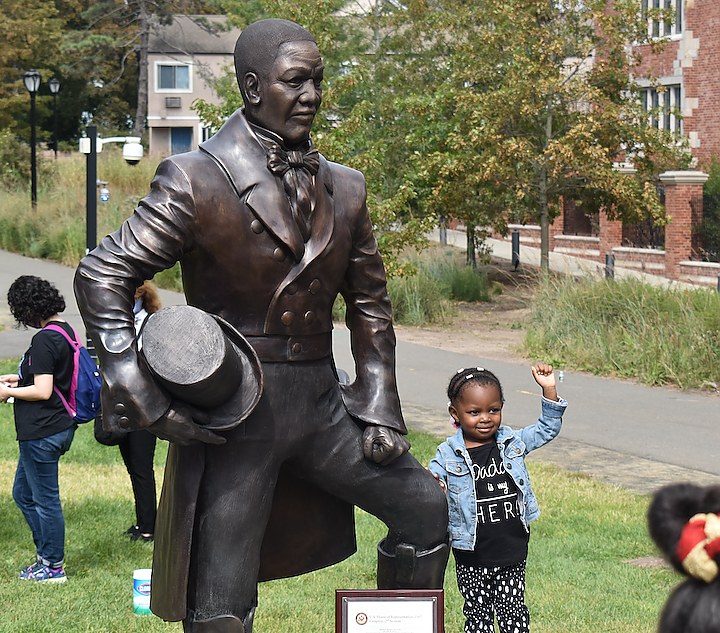 After seven years of planning, New Haven Saturday unveiled a 700-pound bronze monument to one of the seminal and no-longer forgotten figures of the city’s Black history, William Lanson.

The monument was unveiled at a ceremony along the Farmington Canal Trail in the Dixwell neighborhood, where Lanson will now stand as a reminder of too-often-forgotten heroes.

Lanson, an early 19th century local engineer, entrepreneur, and Black political leader who was elected “Black governor” in 1825, helped build the Farmington Canal and Long Wharf during his time working and living in Antebellum New Haven.

“I can see someone I know in William Lanson,” Metropolitan Business Academy student activist Antonia Wright (pictured) said at Saturday’s ceremony. She said the Lanson statue makes her feel represented and motived to research more about Black history.


Telling the Truth About Slavery Is Not ‘Indoctrination’
Clint Smith, September 24, 2020, The Atlantic 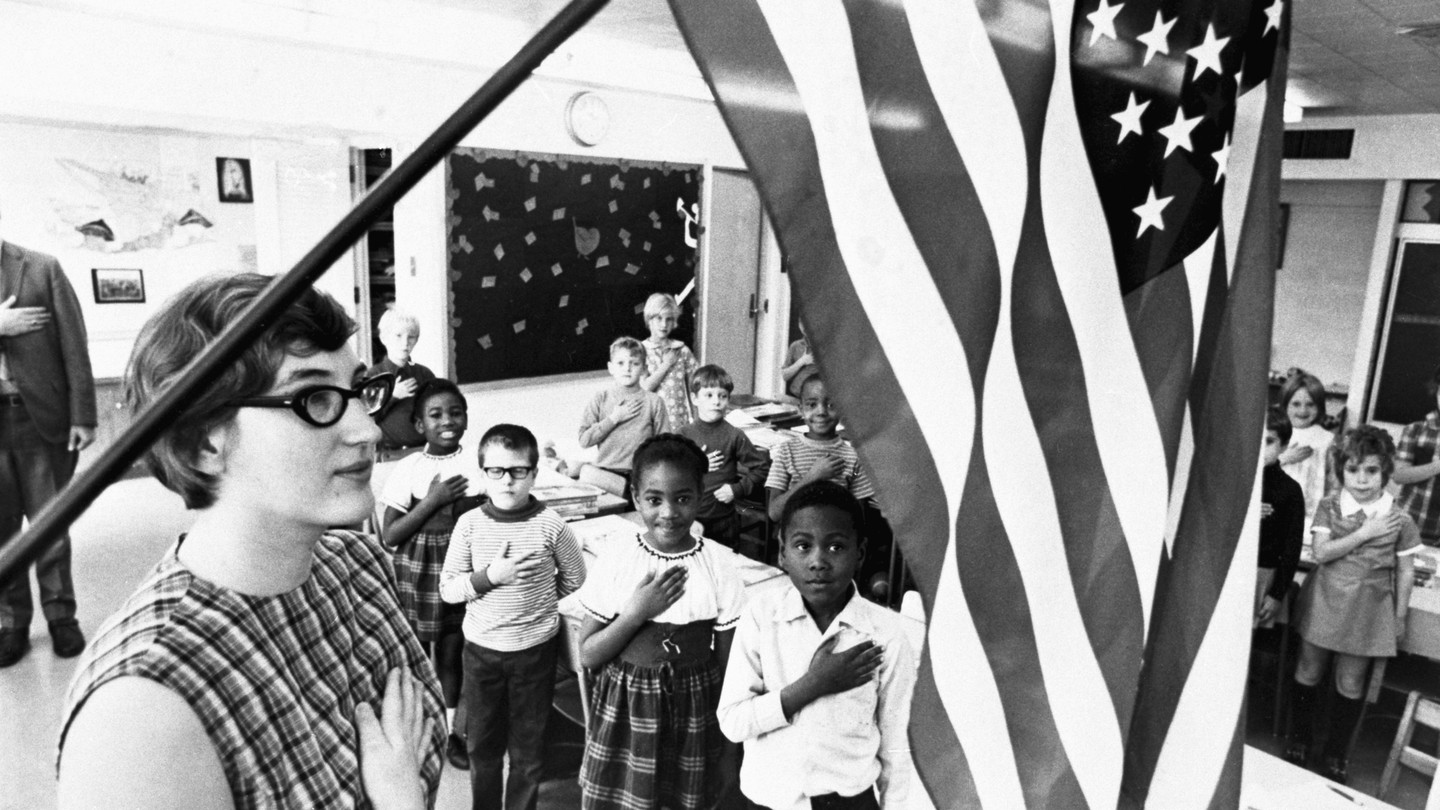 Last week, at the White House Conference on American History, President Donald Trump denounced the way “the left has warped, distorted, and defiled the American story with deceptions, falsehoods, and lies,” attacking Howard Zinn, critical race theory, and The New York Times’ 1619 Project (to which I was a contributor). The president emphasized the need for “patriotic education” in our schools, and seemed to downplay the centrality of slavery, and perhaps any sort of oppression, to America’s founding.

“Our mission is to defend the legacy of America’s founding, the virtue of America’s heroes, and the nobility of the American character,” Trump said at the event. “We must clear away the twisted web of lies in our schools and classrooms, and teach our children the magnificent truth about our country. We want our sons and daughters to know that they are the citizens of the most exceptional nation in the history of the world.”

“Our histories tend to discuss American slavery so impartially,” W. E. B. Du Bois wrote in his 1935 book, Black Reconstruction in America, “that in the end nobody seems to have done wrong and everybody was right.” 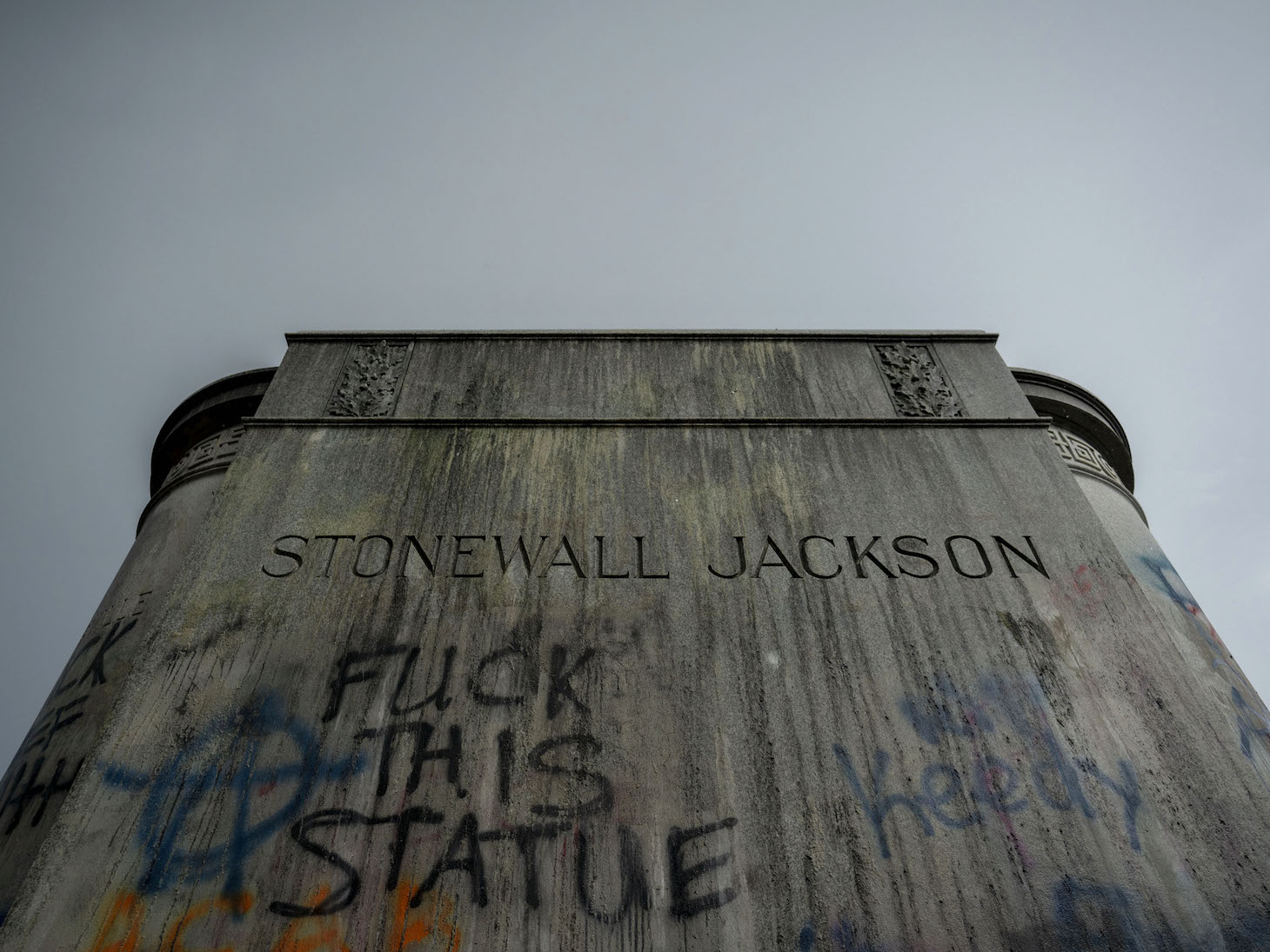 On June 7,  a monument to slave-trader Edward Colston that had stood in Bristol, England for 125 years was toppled by protestors and pushed into the harbor. Four days later, the Bristol City Council dredged up the bronze statue and brought it to an “undisclosed, secure location,” with eventual plans to display it in a museum.

The toppling and subsequent retrieval of the Colston monument prompts questions about the value placed on objects versus actions. Why did the object need to be pulled out of the water? Why, after such a clear direct action, did some respond with a sense of loss? These questions prompted me to create the Toppled Monuments Archive — an artist-run digital archive of the documentation of toppled and removed colonialist, imperialist, sexist, racist and Confederate monuments.

Out There, Nobody Can Hear You Scream
Latria Graham, September 21, 2020, Outside Magazine 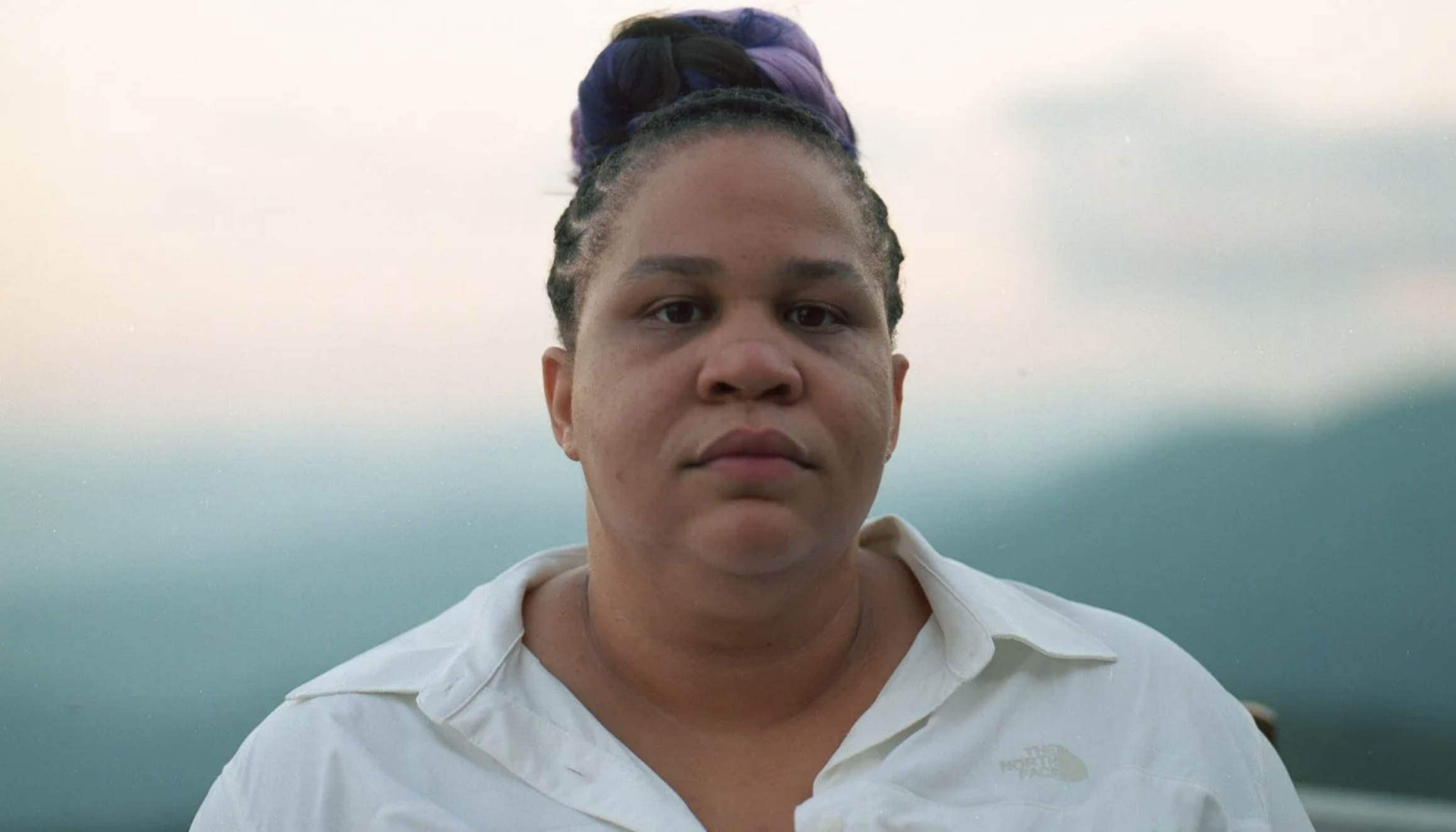 In the spring of 2019, right before I leave for my writing residency in Great Smoky Mountains National Park, my mama tries to give me a gun. A Ruger P89DC that used to belong to my daddy, it’s one of the few things she kept after his death. Even though she doesn't know how to use it, she knows that I do. She’s just had back surgery, and she’s in no shape to come and get me if something goes wrong up in those mountains, so she tries to give me this. I turn the gun over in my hand. It’s a little dusty and sorely out of use. The metal sends a chill up my arm.

Even though it is legal for me to have a gun, I cannot tell if, as a Black woman, I’d be safer with or without it. Back in 2016, I watched the aftermath of Philando Castile’s killing as it was streamed on Facebook Live by his girlfriend, Diamond Reynolds. Castile was shot five times at close range by a police officer during a routine traffic stop, when he went to reach for his license, registration, and permit to carry a gun. His four-year-old daughter watched him die from the back seat. In his case, having the proper paperwork didn’t matter. 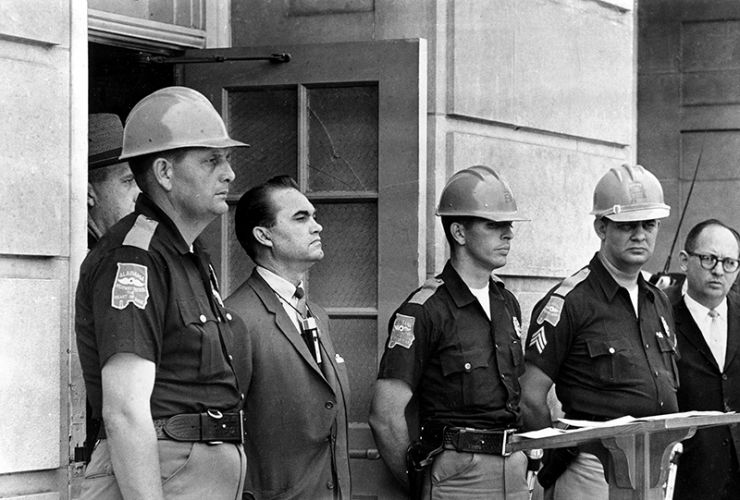 “Segregation now, segregation tomorrow, segregation forever!” Alabama governor George Wallace’s most famous sentence fired through the frigid air on the coldest day anyone in the state could remember. His 1963 inaugural address—written by a Klansman, no less—served as the war cry for the massive, violent response to the nonviolent civil rights movements of the 1960s. Wallace’s brand of right-wing populism would reconfigure U.S. party politics, making him, as his biographer put it, the “invisible founding father” of modern conservatism. As so many pundits have pointed out, when Donald Trump talks about “domination” today, he is talking the language and politics of Wallace.

Yet Wallace’s famous speech was less about segregation than it was about freedom—**white freedom. Other than its infamous applause line, the inaugural mentions “segregation” only one other time. In contrast, it invokes “freedom” **twenty-four times—more times than Martin Luther King, Jr., used the word during his “I Have a Dream” address the following summer at the 1963 March on Washington. Freedom is this nation’s ill-defined but reflexive ideological commitment. Winding through the heart of that complex political idea, however, is a dark and visceral current of freedom as the unrestrained capacity to dominate. Today’s Black Lives Matter protesters may have to go beyond tearing down Confederate monuments and ending homicidal police brutality and stand before the challenge of untangling one of this nation’s central ideological commitments. 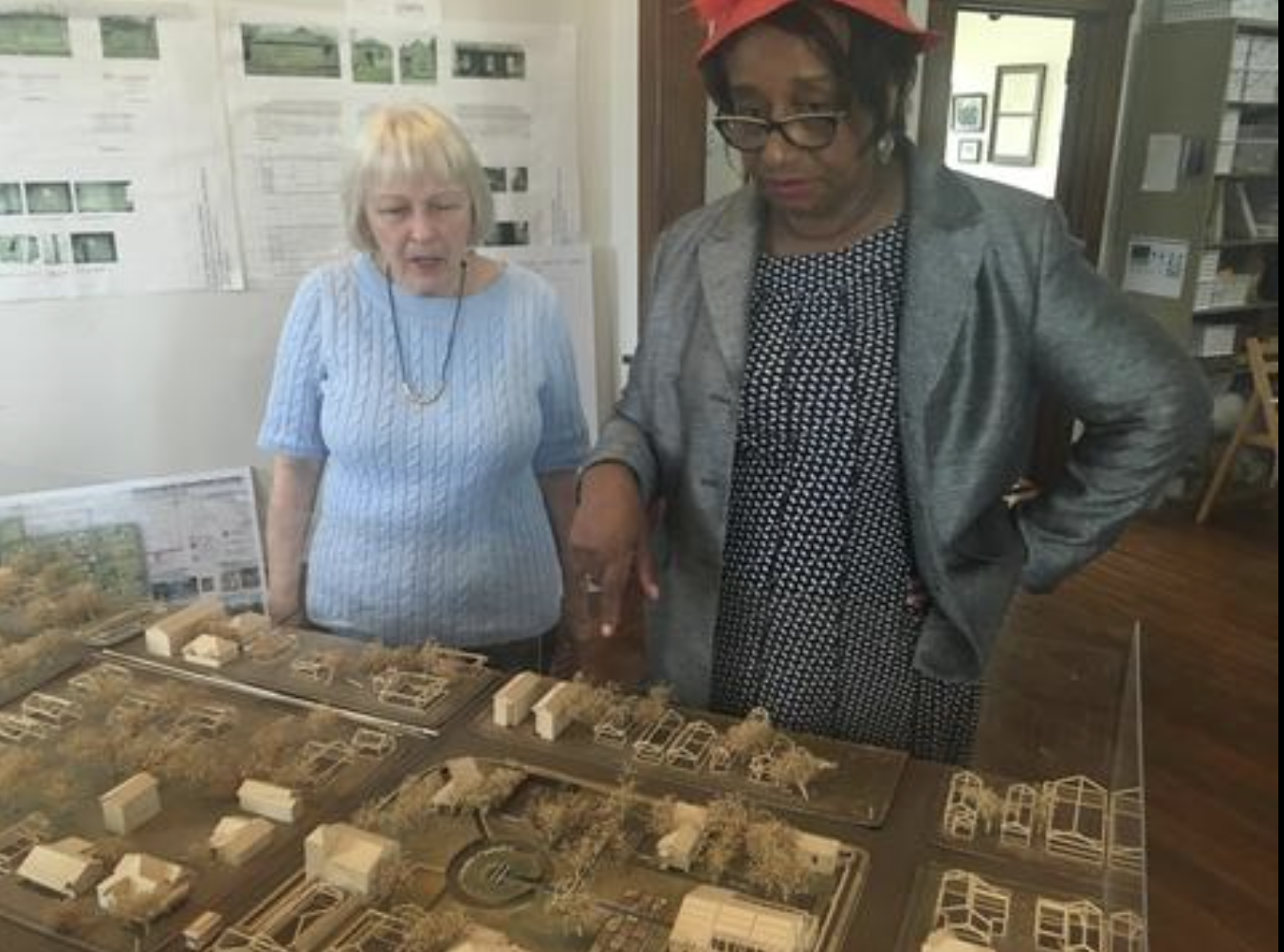 HOUSTON — While researching U.S. Civil War history in South Texas, Roseann Bacha-Garza came across the two unique families of the Jacksons and the Webbers living along the Rio Grande. White men headed both families. Both of their wives were Black, emancipated slaves.

But Bacha-Garza, a historian, wondered what they were doing there in the mid-1800s.

As she dug into oral family histories, she heard an unexpected story. The two families’ ranches served as a stop on the Underground Railroad to Mexico, descendants said. Across Texas and parts of Louisiana, Alabama, and Arkansas, scholars and preservation advocates are working to piece together the story of a largely forgotten part of American history: a network that helped thousands of Black slaves escape to Mexico.

“It really made sense the more I read about it and the more I thought about it,” Bacha-Garza said of the secretive route. 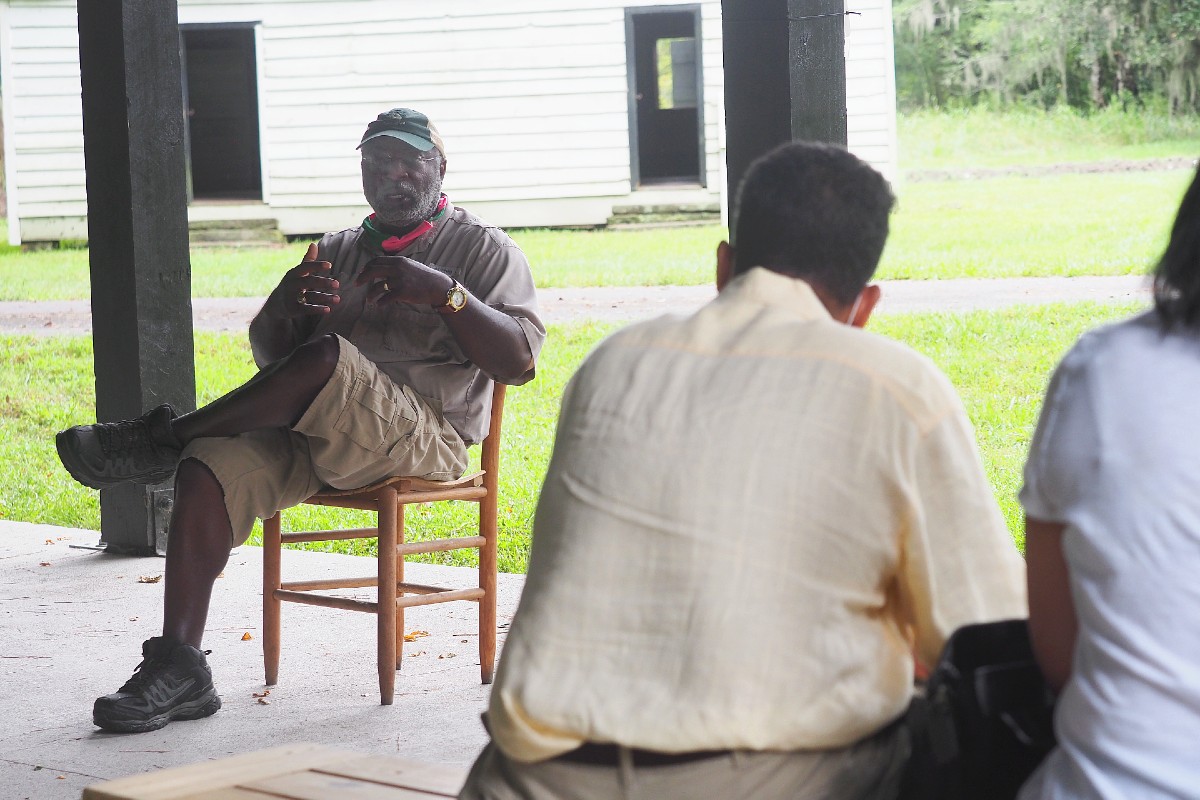 He and his wife, pediatrician Tamara New-Hudson, directed their questions to Joseph McGill as he led the couple and eight others through four former slave dwellings open daily during Magnolia’s Slavery to Freedom Tour.

The African-American couple, who lives in Decatur, Ga., said they were drawn to Charleston for its history. A Google search steered them specifically to Magnolia for a lesson on slavery. They said slavery was not taught in the all-white schools he attended in Michigan and at her school in Maine.

The time had come, they said, to visit a plantation to learn about slavery, a topic of discussion across the nation in the wake of recent police shootings of Black people that has sparked an awakening of racial injustices in America.

McGill said the Georgia couple is among an increasing number of Black people he has seen this spring and summer on Magnolia’s Slavery to Freedom Tour. He added that attendance is up among white visitors, too.

“As the one giving this tour, it makes me happy to see that after all that is going on in this country around police shootings and racial issues, people are more interested in the struggles of African Americans,” McGill said. Some Black people are thrilled the 45-minute tour is being offered. Others come with the expectation they’ll hear a sugar-coated version of slavery. For most of the time Magnolia has offered the tour, McGill said, it was the least attended. Now its popularity has grown.